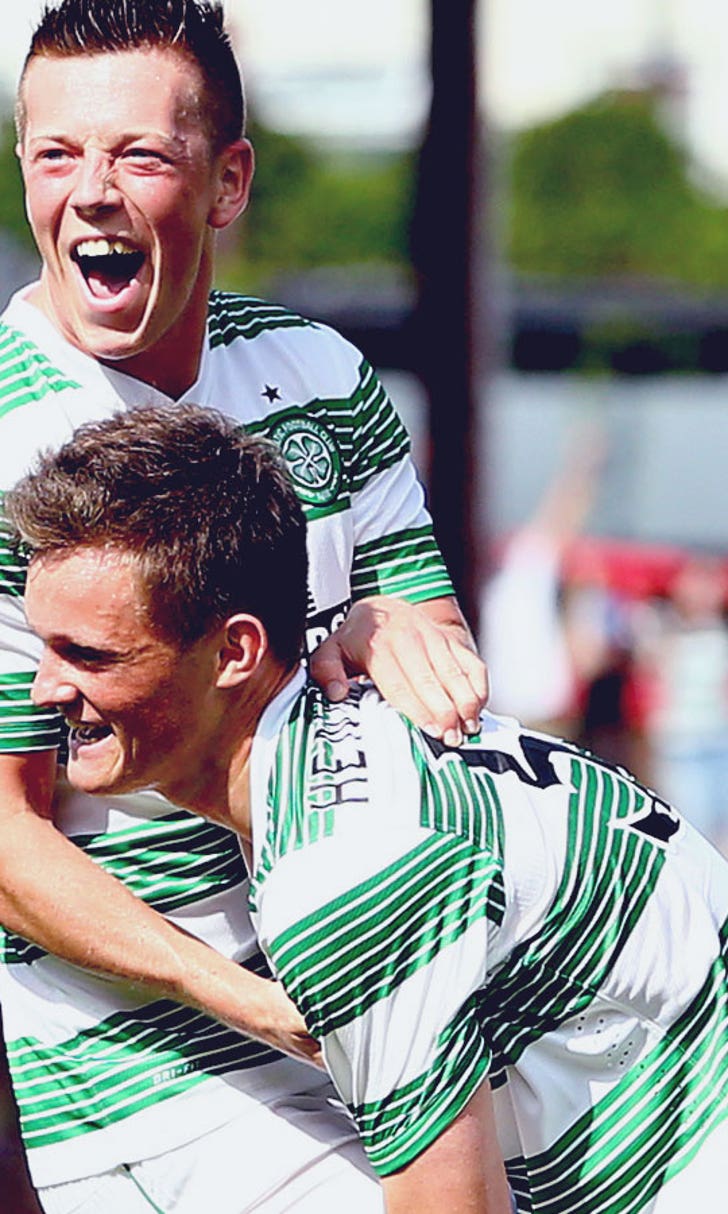 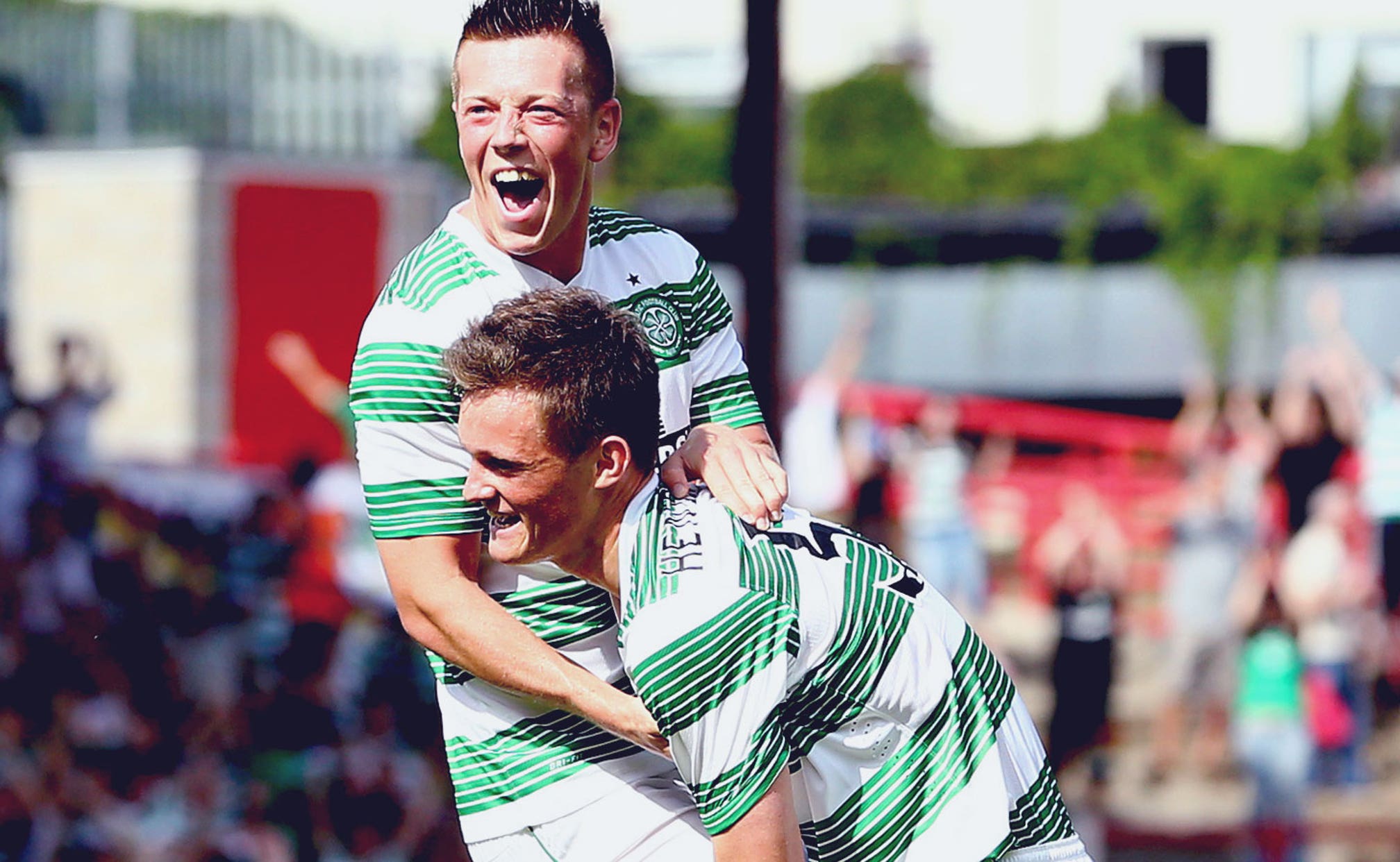 previous story
How much do Cavs love Love? Not as much as Wiggins, it seems
next story
Indiana eager to check out new-look team after making changes 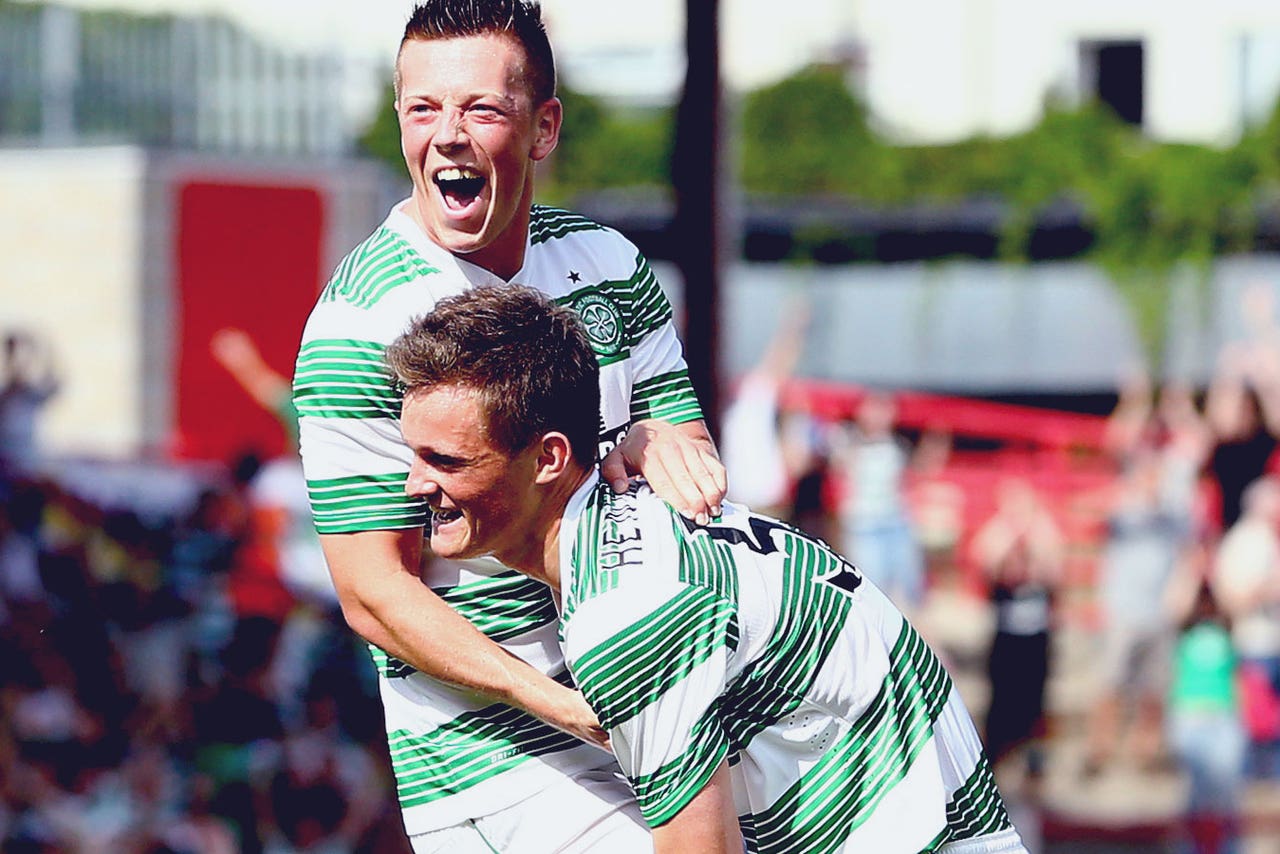 Celtic took a step closer to the UEFA Champions League group stages as they claimed a late 1-0 victory over KR Reykjavik in the first leg of their second qualifying round clash in Iceland.

Ronny Deila, in his first competitive game since replacing Neil Lennon last month, saw his side dominate possession and create a number of opportunities but had to wait until the 84th minute to break the deadlock at the tiny KR-vollur stadium. Callum McGregor was the man to finally end Reykjavik's resistance, cutting in from the right and beating the previously impressive Stefan Magnusson at his near post via a cruel deflection which left the goalkeeper flat-footed.

Celtic hit the woodwork on three separate occasions prior to the goal, with Kris Commons and Leigh Griffiths seeing efforts in either half come back off the bar, while substitute Teemu Pukki hit the outside of the post after a fine double save from Magnusson. Commons also failed to find the target with two excellent opportunities early in the second period after being set up by Anthony Stokes on both occasions, side-footing the first over the top from the edge of the box before seeing a weak close-range effort easily held by Magnusson.

Fraser Forster had very little to do other than gathering a first-half effort from Gary Martin and, while the slender margin of victory may be a disappointment for Deila, Celtic are hot favourites to progress after the second leg next Tuesday. With Celtic Park out of commission due to the 2014 Commonwealth Games, the return fixture will be at Murrayfield in Edinburgh. And while the Hoops will surely go through to the next qualifier, Deila will know improvements are required, particularly in front of goal, if they are to achieve their goal of reaching the group stages.

It was an awkward night for Celtic. The home side had former Parkhead youth player Kjartan Finnbogason backing English striker Martin, but they struggled to cope with the movement of the Parkhead men and were let off the hook in the ninth minute when Commons, top scorer last season with 32 goals, rattled the bar from 25 yards with a dipping volley.

Moments later, the former Nottingham Forest and Derby player stung the palms of Magnusson with a powerful drive from further out but the Glasgow side were unable to capitalize on the corner. As the first half unfolded, Celtic remained on top with only occasional threats from the Icelandic champions, one of which almost bore fruit in the 23rd minute when Martin sent in a shot from 25 yards which drew a good save from Hoops keeper Forster, starting his first game since returning from World Cup duty with England.

However, there was no doubt that Runar Kristinsson's team were slowly growing in confidence as Celtic's early enthusiasm dissipated. In the 32nd minute striker Stokes worked a one-two with Commons at the edge of the box but ballooned his volley high and wide, summing up their first-half dip.

Commons, the most likely of Deila's attackers, came close with two attempts early in the second half, both times his shots clearing the crossbar. The Hoops player then had a shot from 10 yards saved by Magnusson after being set up by Stokes as Celtic looked to be wearing down the Icelandic side.

It seemed a matter of time before the Hoops would get in front. Stokes fired a 30-yard free-kick just over before Griffiths smacked the underside of the bar with a vicious drive from the edge of the box which had the KR Reykjavik keeper clawing at air.

In the 74th minute Deila introduced Pukki and Derk Boerrigter for Stokes and Griffiths in his bid to find a goal. As the home side found themselves with their backs against the wall, Pukki hit the post after Magnusson had made a double save from Commons and McGregor.

The visitors kept pushing for the opener and Boerrigter was the next Hoops player to be foiled by Magnusson before McGregor turned past three players to fire in a low drive which found the net to the relief of the visiting fans and, no doubt, Deila.