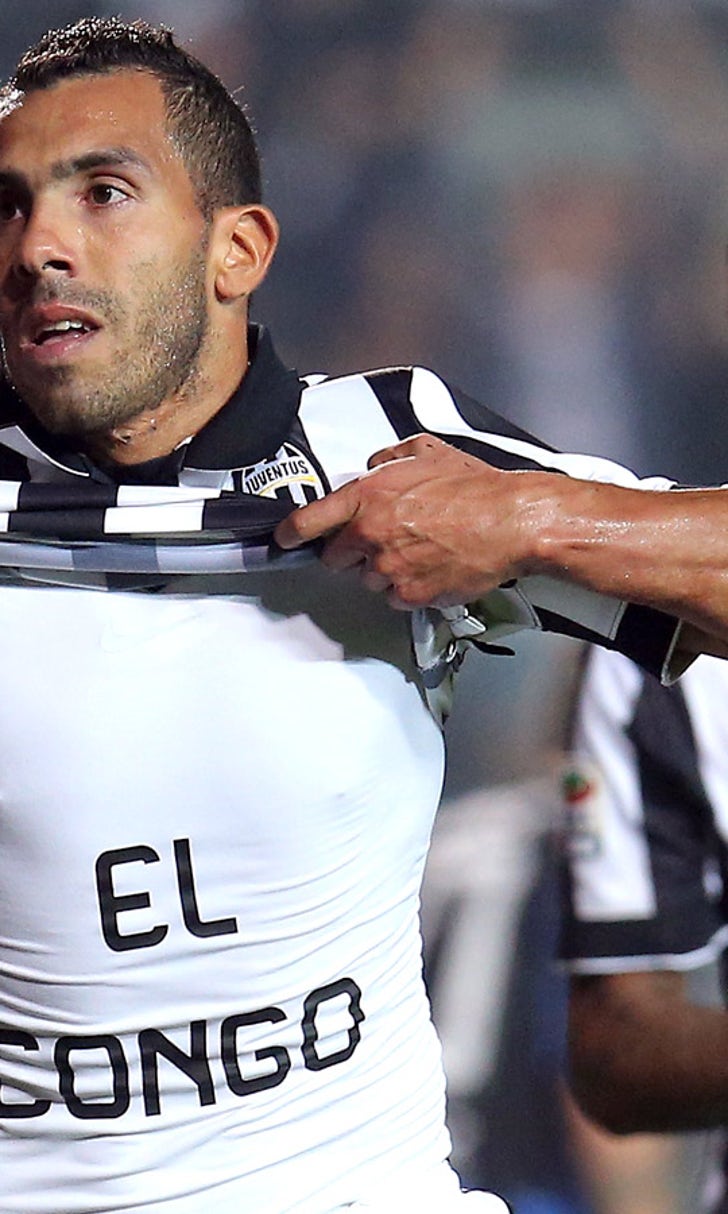 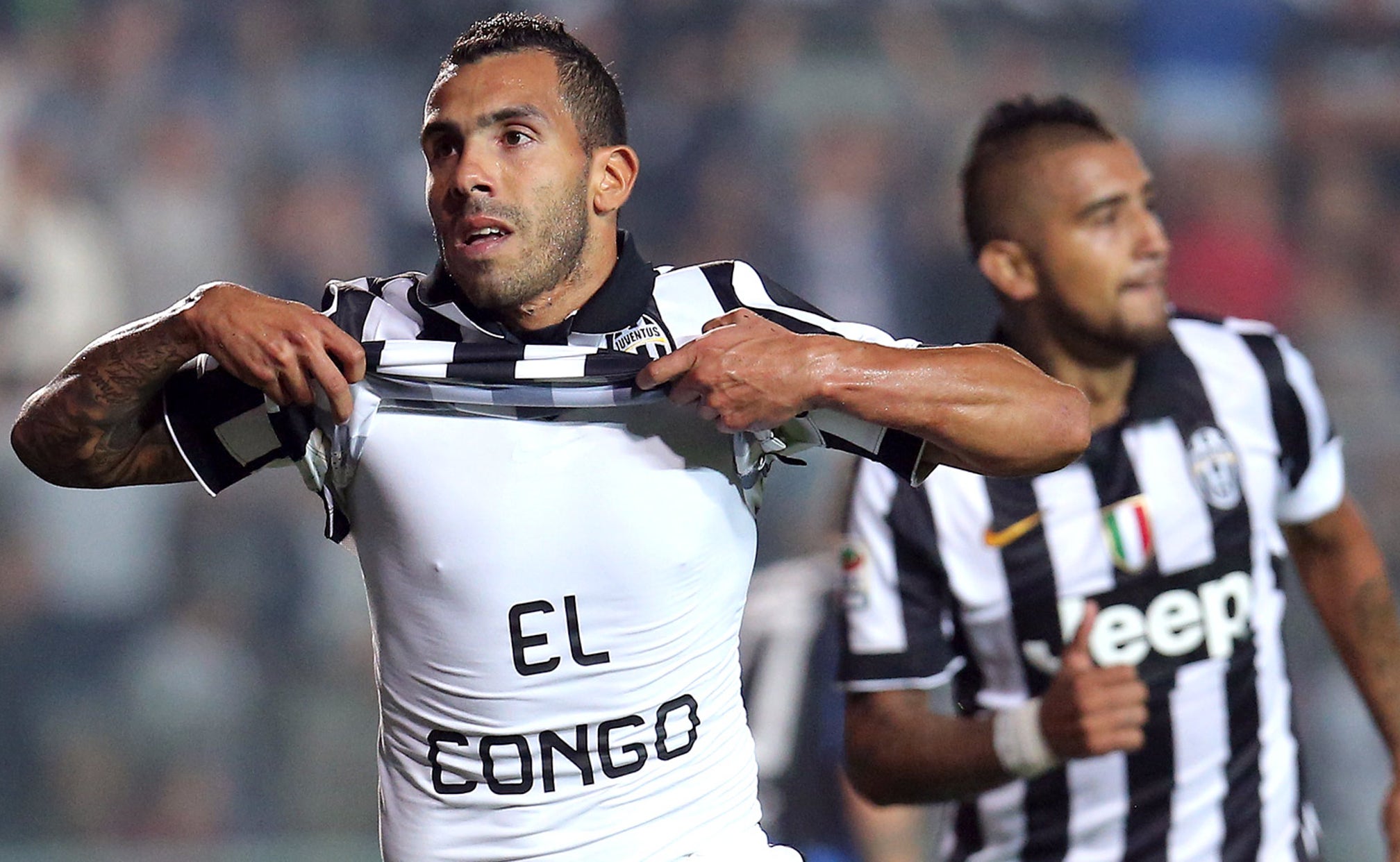 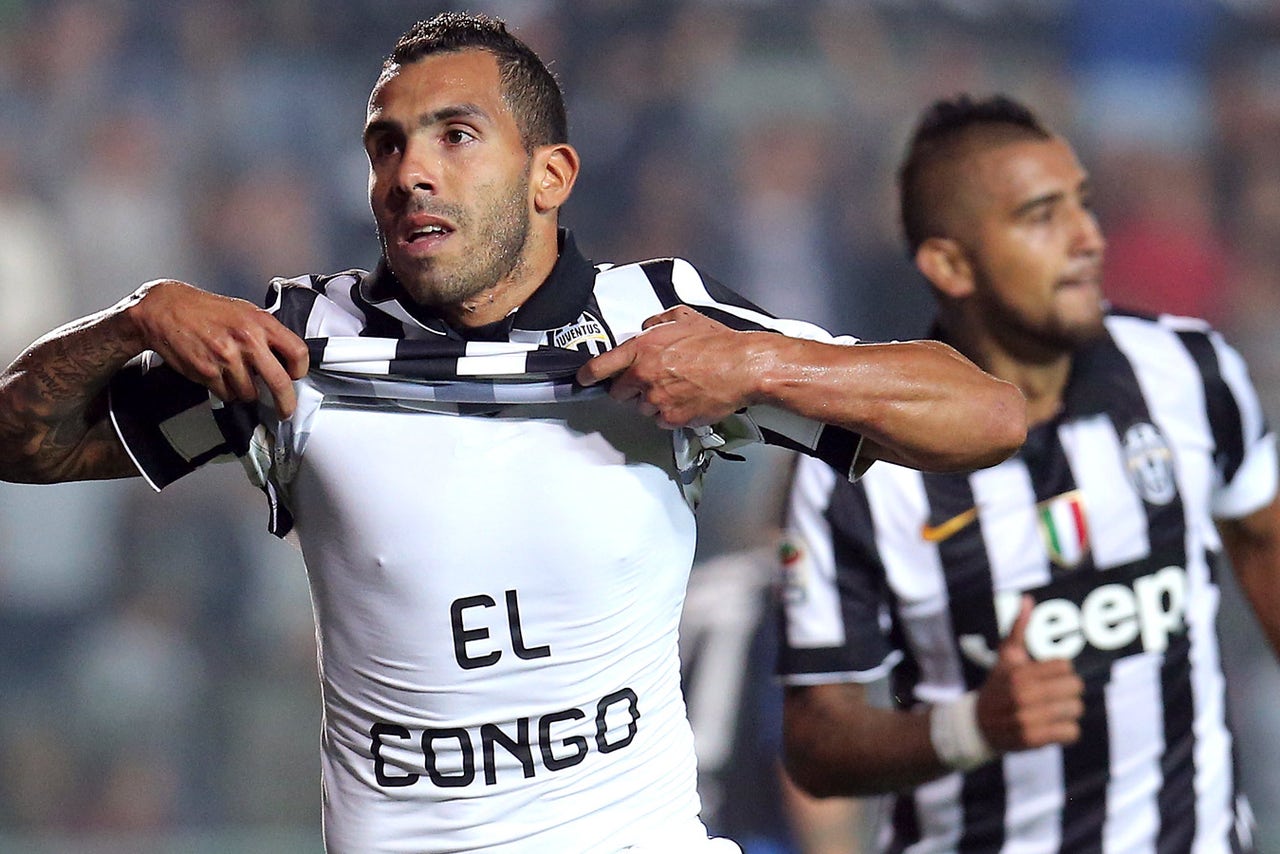 Carlos Tevez scored twice and Gianluigi Buffon saved a penalty as Juventus made it five wins out of five at the start of the Serie A season with a 3-0 success at Atalanta.

The Argentinian opened the scoring in the 35th minute and doubled the lead in the 59th, but only after his goalkeeper had kept out German Denis' penalty.

The three points kept Juve level on points with Roma at the top of the table, with the Turin giants still to concede a goal in the league this term.

The Spaniard played his team-mate in down the right of the area and, as goalkeeper Marco Sportiello came out to close him down, Lichtsteiner dinked the ball over him and across the face of goal, with Tevez getting to it first to slam it home.

The hosts were handed a way back into the match early in the second half when Giorgio Chiellini brought down Salvatore Molina.

But Buffon read Denis' intentions and dived low to his left to push away his weak penalty.

And Juve made Atalanta pay for that miss almost immediately.

Tevez picked up the ball on the edge of the area, to the left of center, and fired in a shot which squirmed inside Sportiello's near post. The keeper should have done better.

Trailing by two, it looked like game over for the home side and Morata put the final nail in their coffin by powering home a far-post header in the 83rd minute.