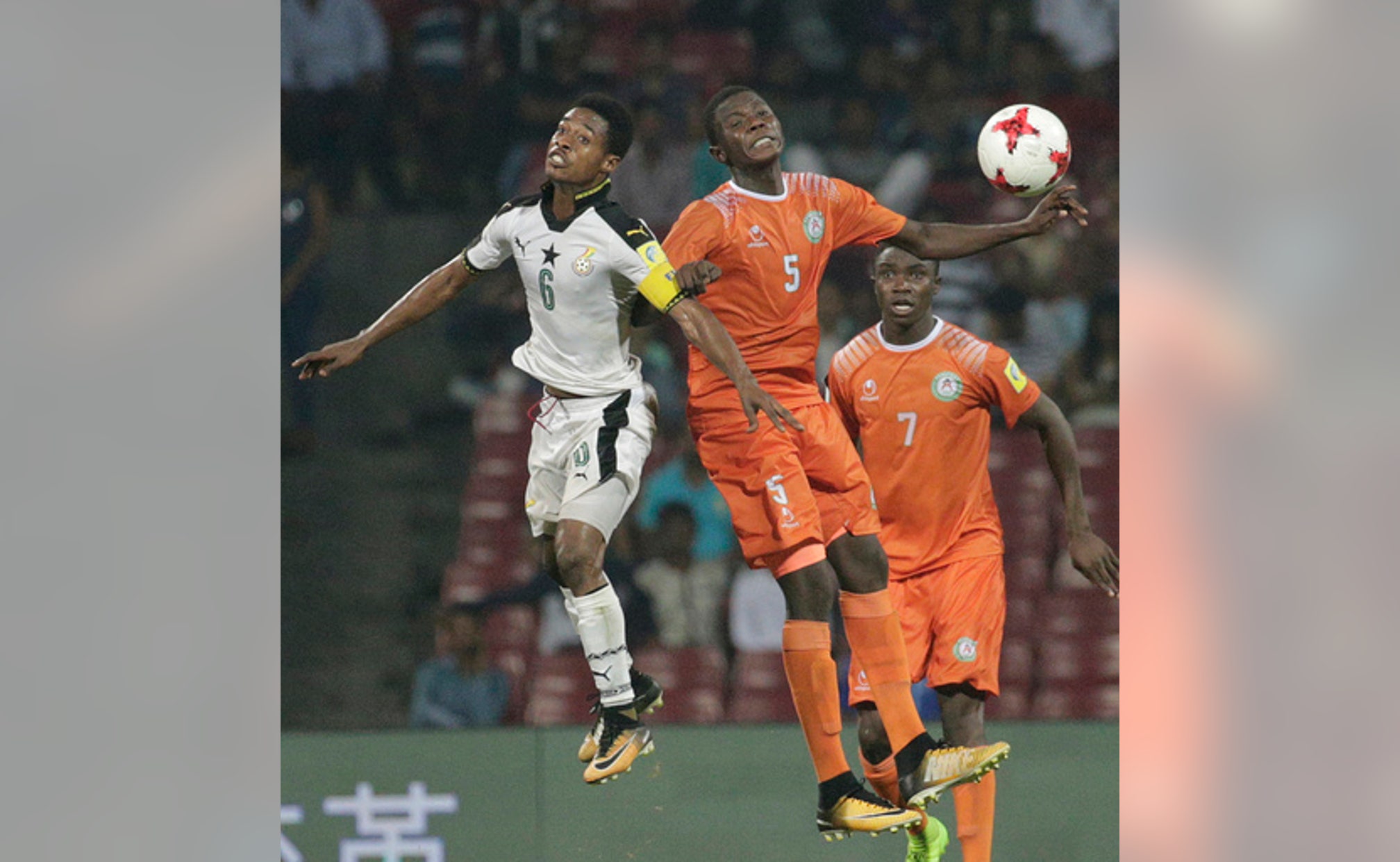 Brazil and Ghana advance to U-17 World Cup quarterfinals

KOCHI, India (AP) Brazil lined up a quarterfinal match against Germany at the Under-17 World Cup after easing to 3-0 victory over Honduras on Wednesday.

Brenner scored twice in the Round of 16 game at Kochi, steering home Alan's low cross inside the six-yard box in the 11th minute. Marcos Antonio then collected a through-ball from Paulinho to beat Honduras goalkeeper Alex Rivera just before halftime.

Brenner pounced on a loose ball in the 56th minute to score his third goal of the tournament and secure a place in Sunday's game against the Germans.

Ghana also advanced to the quarterfinals after a 2-0 victory over Niger in Navi Mumbai.

Ghana captain Eric Ayiah was brought down in the area by Farouk Idrissa and converted the resulting penalty in first-half injury time. However, Ayiah saw another spot-kick saved by goalkeeper Khaled Lawali in the 86th minute.

After dominating the second half, substitute Richard Danso made sure of victory in the 90th minute.

Ghana now faces another all-African match, against Mali, on Saturday.