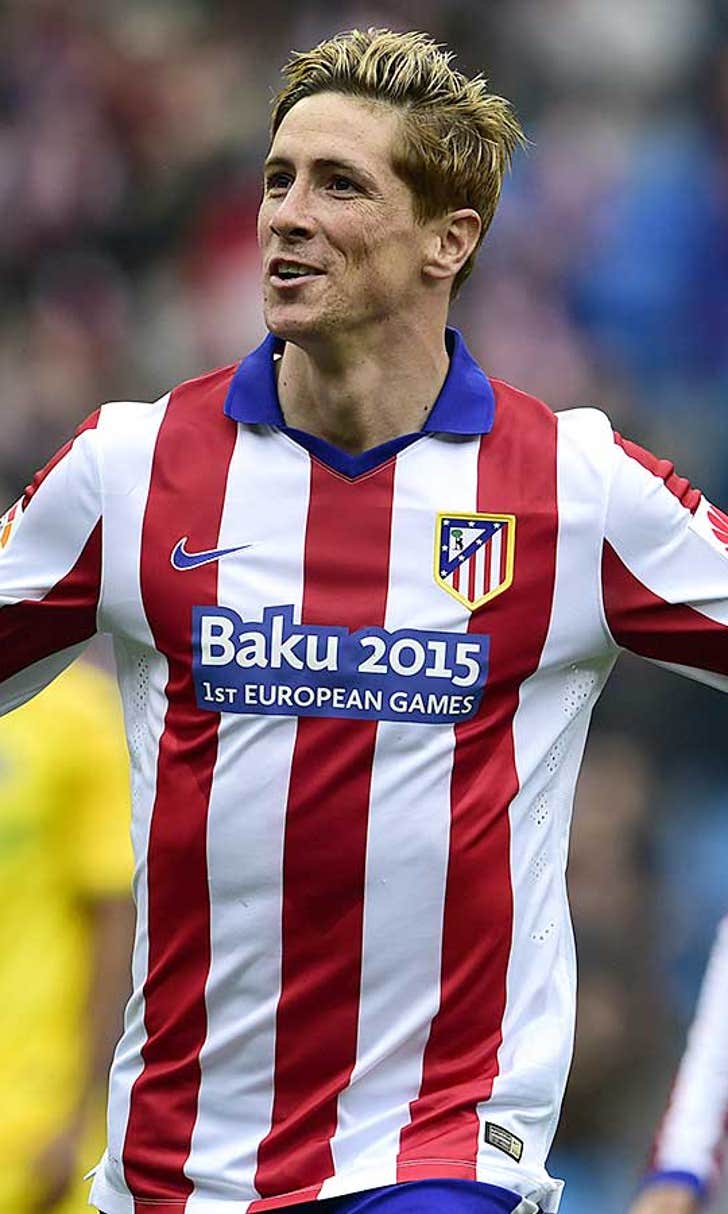 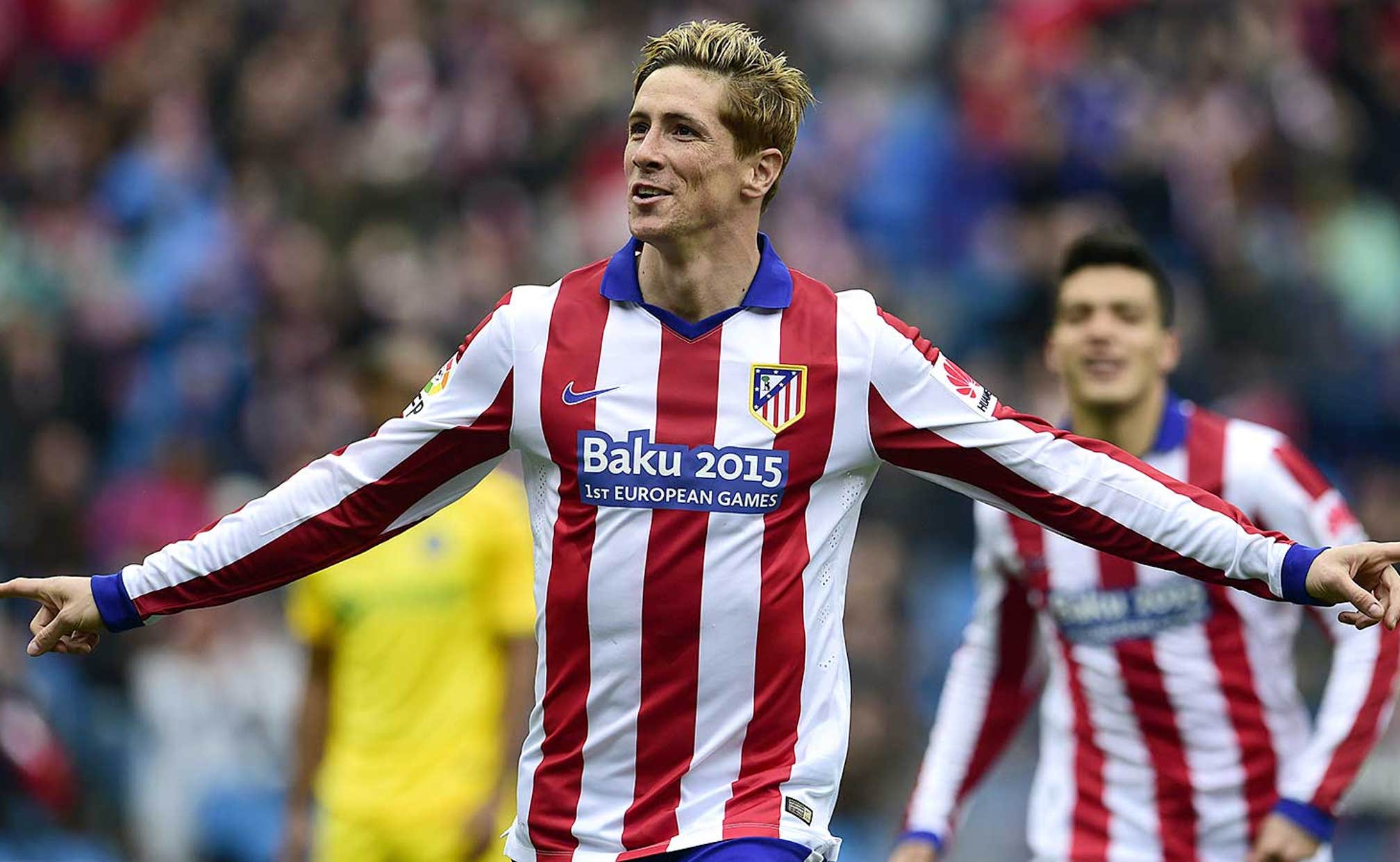 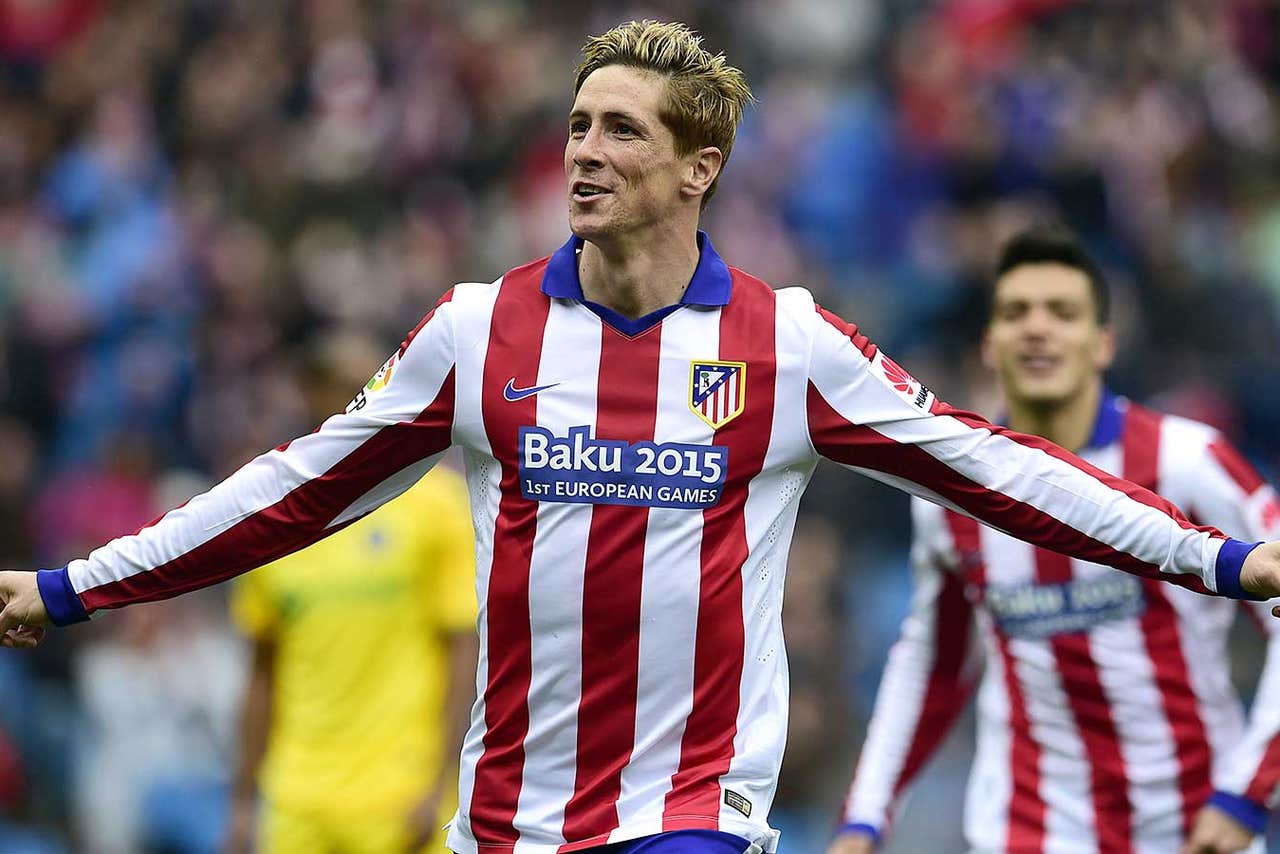 Fernando Torres - who scored the final penalty against the Germans - opened the scoring in the third minute following a free-kick and Tiago doubled the advantage just before half-time, also converting from a set-piece.

This was Atletico's first league win in four matches following three successive draws and keeps them one point behind third-placed Valencia, while Getafe slumped to a third defeat in four matches under interim coach Pablo Franco and are just four points above the relegation zone.

Diego Simeone had to make several changes to the team after the grueling Champions League match, with Mario Mandzukic, Raul Garcia and Miguel Angel Moya all injured, giving Jan Oblak his first Primera Division start and also giving a rare starting appearance to Raul Jimenez, who partnered Torres in attack. Meanwhile defender Miranda was suspended after getting sent off in last week's 0-0 draw at Espanyol, so Jose Maria Gimenez took his place.

Atletico had only scored once in 270 minutes in the league before this game, but needed barely 120 seconds to take the lead here. Koke launched a free-kick from the final third into the area and Torres appeared about 15 yards from goal to head the ball looping into the net, scoring his first league goal for the Rojiblancos since May 2007.

Provider almost turned scorer five minutes later as Koke tried a snap shot on the edge of the area which hit the inside of the far post and then hit the outstretched leg of Vicente Guaita, bouncing across the line but just past the opposite post.

The midfielder then squandered an even better chance on 20 minutes. Gabi's back heel allowed Juanfran to cross into the box and Raul Jimenez's cushioned header put the ball on a plate for Koke inside the six yard area, but he volleyed straight at Guaita.

Although clearly second best on the day, Getafe were not entirely passive and could have equalized through Fredy Hinestroza when the Colombian dribbled across the box, but he took too long to get his shot away and Atleti's defense cleared.

On 44 minutes the league champions got the second goal they had been threatening to score. This time on the right hand side of the box, Koke swung a free-kick to the near post and Jimenez dived in to head it across to the far post, where Tiago nodded in from close range.

Tiago and Torres both could have doubled their tallies in the second half but could not find the target, although there was never any doubt that Atletico were going to take all three points.

The Chelsea loanee struck the only goal of the game midway through the first half and Paco Jemez's side hung on for the 1-0 win without too much trouble, and they were given a further boost when Marcos Angeleri was shown a second yellow card in the second half.

The win sees Rayo take another stride towards securing survival in the top flight for a fourth consecutive year, as they move on to 35 points, nine fewer than Malaga, who stay in seventh place.

The visitors went into the match on the back of a convincing 2-0 win over Cordoba and made the stronger start here and created the first real chance of the game.

In-form forward Juanmi dribbled into the box and released Samu Castillejo but Rayo goalkeeper Cristian Alvarez came out to narrow the angle and was able to save the youngster's effort.

The hosts then sprung into life. First Tito cut inside from the left wing and his shot deflected off team-mate Raul Baena and just wide of the far post.

Although they had failed to make the most of this opportunity, Rayo sensed that Malaga were vulnerable down that left wing and it was from there that they broke the deadlock.

Roberto Trashorras spread the play to Bueno out on the left. The 26-year-old became Rayo's all-time top scorer in the top flight last week but on this occasion he was the provider.

He twisted his way past a Malaga defender and into the area before chipping the ball to the far post for Kakuta to dive and head past Carlos Kameni.

However, Rayo almost relinquished their advantage immediately. Ricardo Horta marauded into the box from the right and from the byline crossed to Juanmi at the far post.

The forward headed the ball back for Castillejo to nod home, but the 20-year-old could get hardly any power on his header and Alvarez caught the ball easily.

Bueno was denied a goal of his own right at the start of the second half by Kameni, who tipped his 20-yard shot around the post.

It was one of few chances after the break for either side, and Malaga's hopes of finding an equaliser sank further when Angeleri earned a second booking for elbowing Bueno with a quarter of an hour remaining.

Substitute Charles Dias struck late on to give Celta Vigo a deserved 1-0 victory at Levante.

The visitors squandered a number of clear chances to break the deadlock at the Ciutat de Valencia stadium and looked to be heading for a fourth consecutive match without a win until the Brazilian striker tapped home a Nolito cross in the 87th minute.

The win takes Celta up to ninth place in the Primera Division table and on to 35 points, but Levante remain just one place above the relegation zone.

Celta dominated this game from start to finish and could have taken the lead as early as the sixth minute when Santi Mina was put through on goal, but Levante goalkeeper Diego Marino made an excellent save to deny the youngster.

Ruben Garcia had the hosts' only real chance of the first half but narrowly failed to hit the target, while Fabian Orellana struck a post for the visitors on the stroke of half-time.

It was the first of three opportunities that would fall the Chilean's way on the night. Twelve minutes into the second half he missed at point blank range after a through ball by Nolito and later on he again found himself alone in the box but could only shoot softly into Marino's hands.

Marino was kept far busier than his opposite number Sergio Alvarez and had to be on his toes to tip over a corner from Nolito that was heading straight into his goal.

With 13 minutes remaining Charles replaced the ineffectual Joaquin Larrivey and Eduardo Berrizo's substitution proved to be an inspired one.

Pablo Hernandez - another substitute - played a through ball to Nolito on the left-hand side of the area and the forward cut into the box to pull the ball across the face of goal and Charles slid to the ground to touch it home with his outstretched foot.

Levante had showed little ambition during the game but were left with no choice but to go all out for a late equaliser.

Nolito should have punished them on the break in injury time as he controlled Orellana's cross in the area unmarked, but he took too long to shoot and Marino was able to tip over the bar.