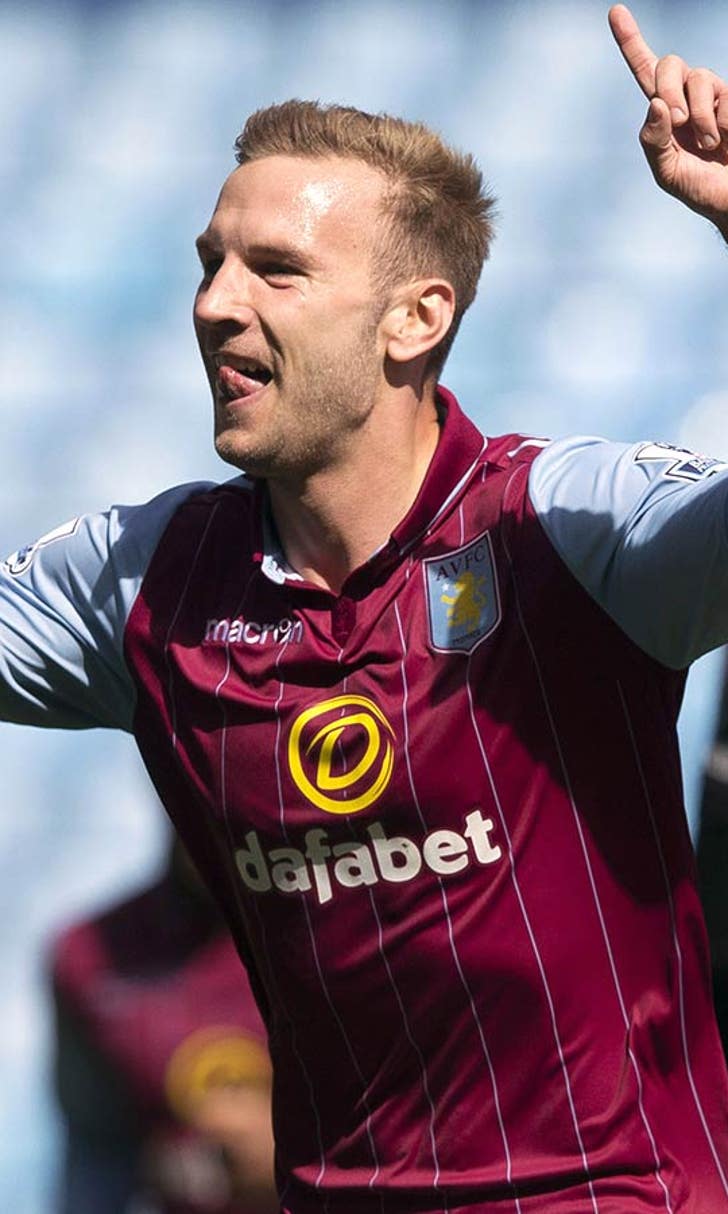 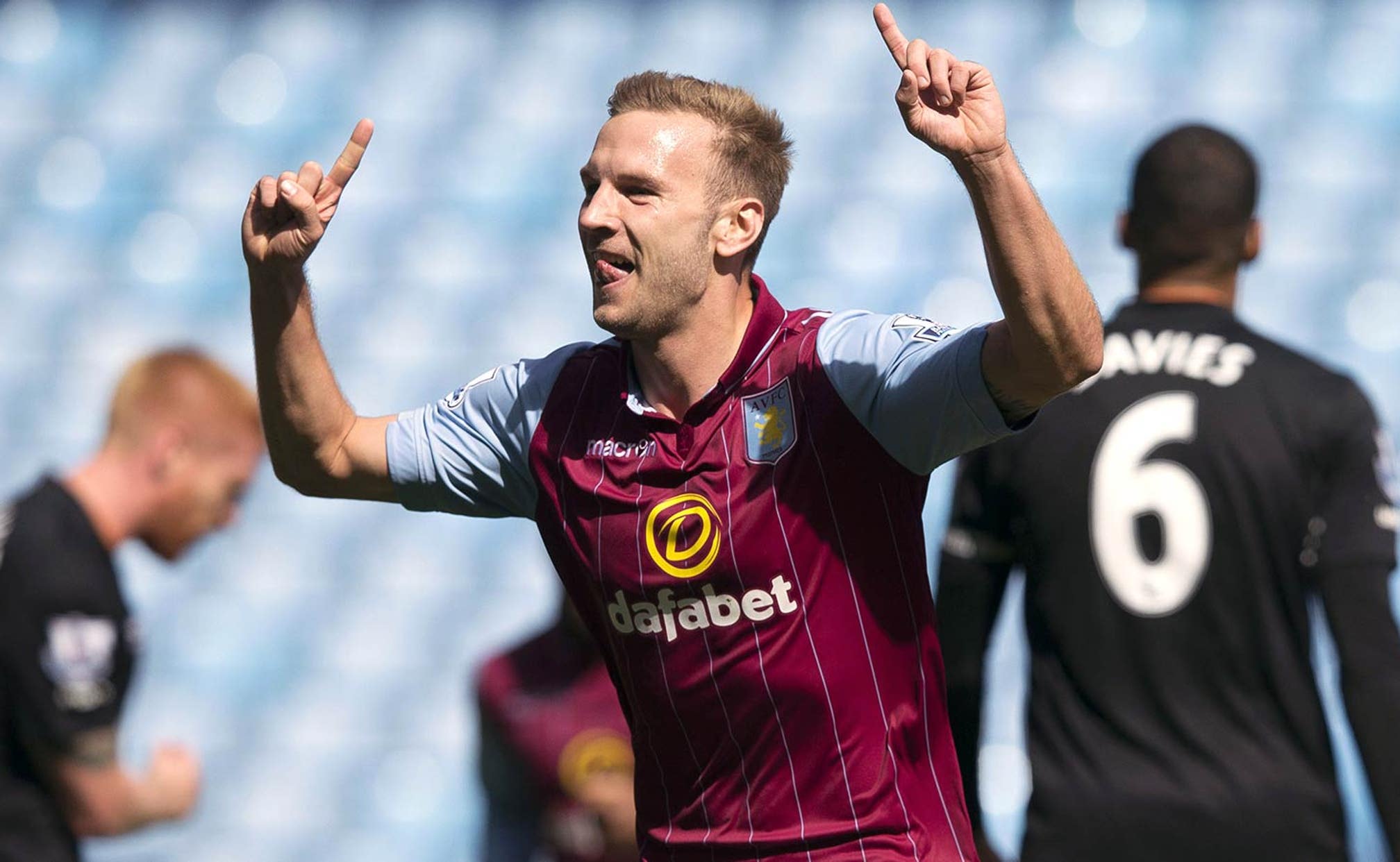 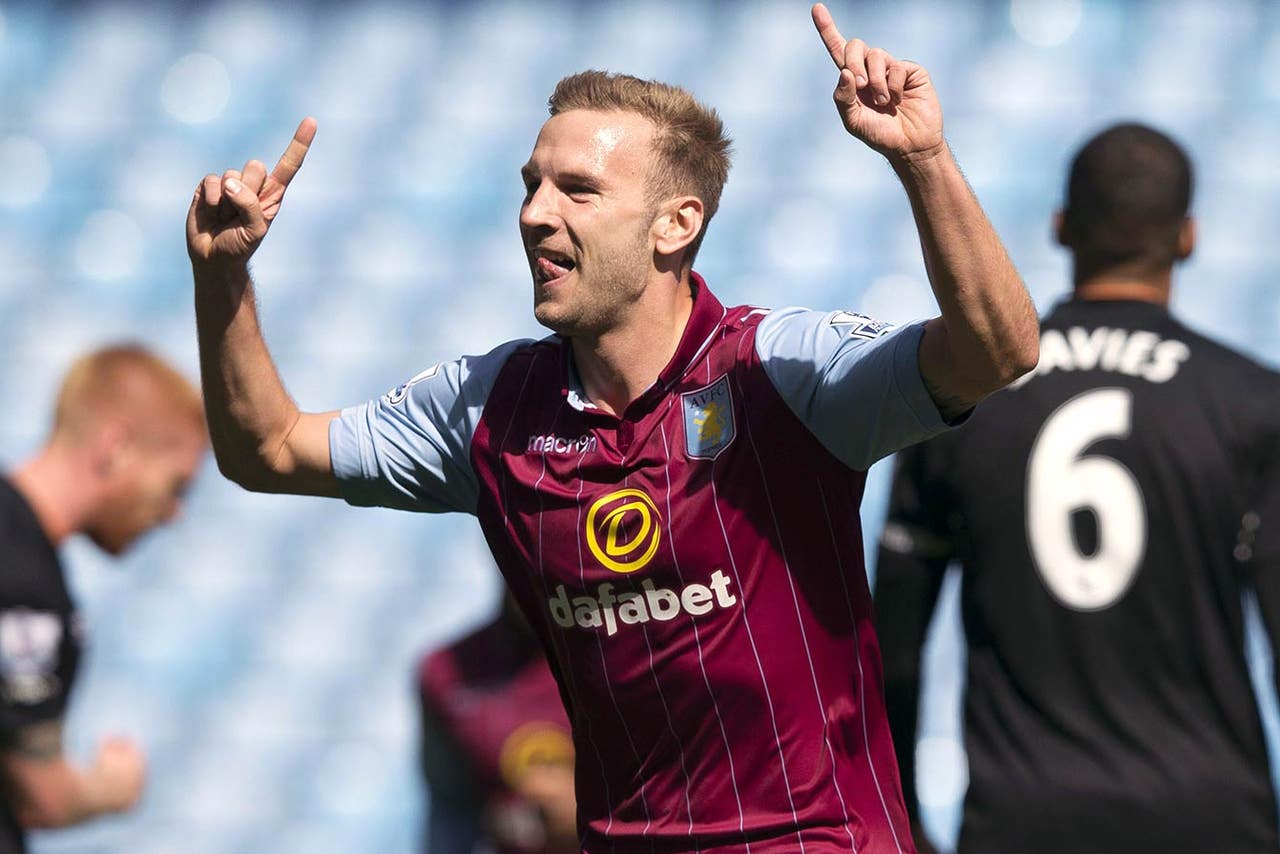 Villa had the look of a crisis club towards the end of the 2013-14 campaign, with manager Paul Lambert under intense pressure, owner Randy Lerner trying to sell the club and internal discord rife, but seven points from a possible nine paints a rosier picture this time around.

Villa had to settle for a 2-1 victory but should really have enjoyed a more handsome scoreline, dominating first-half proceedings completely with neat finishes from Agbonlahor and Weimann sandwiched by shots against the woodwork from Fabian Delph and Ashley Westwood.

Hull were abject in those 45 minutes, arguably as bad as they have been since their return to the top flight, but tightened up after the interval and found a lifeline when Nikica Jelavic's 72nd-minute header was turned home by Villa full-back Aly Cissokho.

Both sides had been responding to midweek setbacks, Paul Lambert's side beaten by Leyton Orient in the Capital One Cup and the Tigers ousted from the Europa League on away goals.

Each made seven changes from those games and there was little doubt about which side settled quicker.

Villa's dominance began almost immediately, with just 90 seconds gone when Delph latched on to Weimann's pass and lashed an angled shot against the outside of the near post.

That energetic start appeared to catch the visitors cold and they regressed immediately to some uncharacteristic long balls.

Lambert's side attacked with more forethought, Delph, Weimann and Agbonlahor looking to use their pace against a Hull defence including debutant Michael Dawson.

The opener arrived shortly before the quarter-hour mark, Jelavic mis-controlling a pass back into his own half to set up a Villa break.

Within seconds the ball was in the net, Charles N'Zogbia finding Weimann, whose deft touch gave Agbonlahor just enough room to turn and shoot low past Allan McGregor from 10 yards.

A second almost followed within two minutes, Curtis Davies gifting possession to Agbonlahor, who fizzed a cross into the six-yard box where Dawson made a hurried clearance.

Villa soon regained control, though, aided by some dreadful resistance.

They doubled their lead in the 36th minute when Dawson's loose ball was won by Delph, spread wide to Kieran Richardson and finished in two succinct touches by Weimann.

It was a moment to forget for the Hull debutant but another clinical reaction by Villa's forward line.

It might easily have been three before half-time, Agbonlahor denied by McGregor's feet and Westwood curling a free-kick against the upright with McGregor nowhere.

Hull captain Davies did not emerge for the second half, replaced by Liam Rosenior to force a change of shape to four at the back.

Ten minutes later and with no sign of a change in momentum, Steve Bruce made his second change.

This time Tom Ince, nearly anonymous in his attempts to link midfield and attack, gave way for Robbie Brady, fresh from two goals against Lokeren on Thursday.

Lambert's first change came soon after, Carlos Sanchez on for N'Zogbia, and if the substitutions were contributing to an increasingly disjointed feeling then it hardly mattered to the side with a two-goal cushion.

That almost increased to three when McGregor slipped fielding Dawson's back pass, but the ball did not fall for the harrying Weimann.

Then, against all expectations, Hull instigated a tense finale by grabbing a lifeline 18 minutes from time.

The lively Brady was involved, his drifting free-kick headed goalwards by Jelavic only for Cissokho to wrong-foot his own goalkeeper with a huge deflection.

In an instant the game had a new spark, Delph bringing the home fans back to their feet with a fine run and shot before Jake Livermore took aim at the other end.

His 25-yard strike was destined for the top corner but Brad Guzan made his first save of the match a crucial one.

Both sides had chances in injury-time, Darren Bent dragging wide from a good position and Sone Aluko firing directly at Guzan with the visitors' final chance.