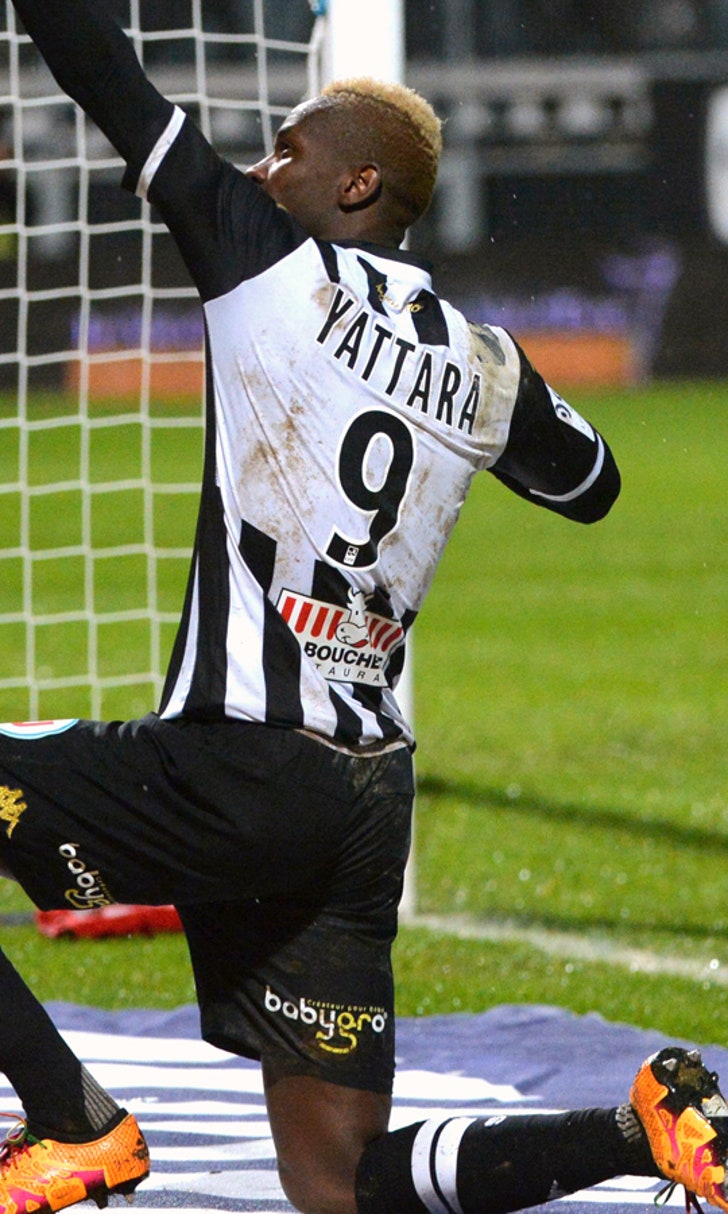 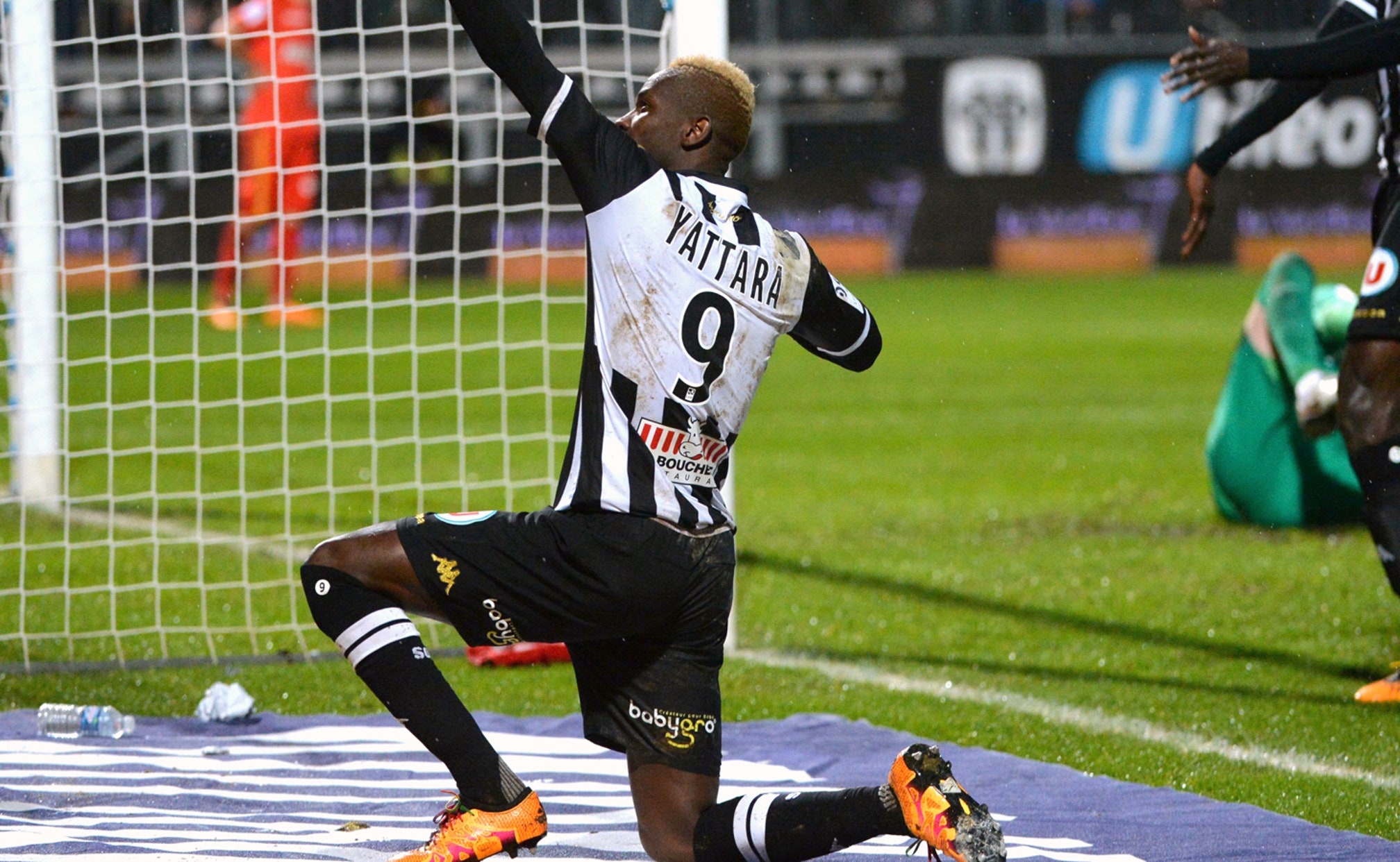 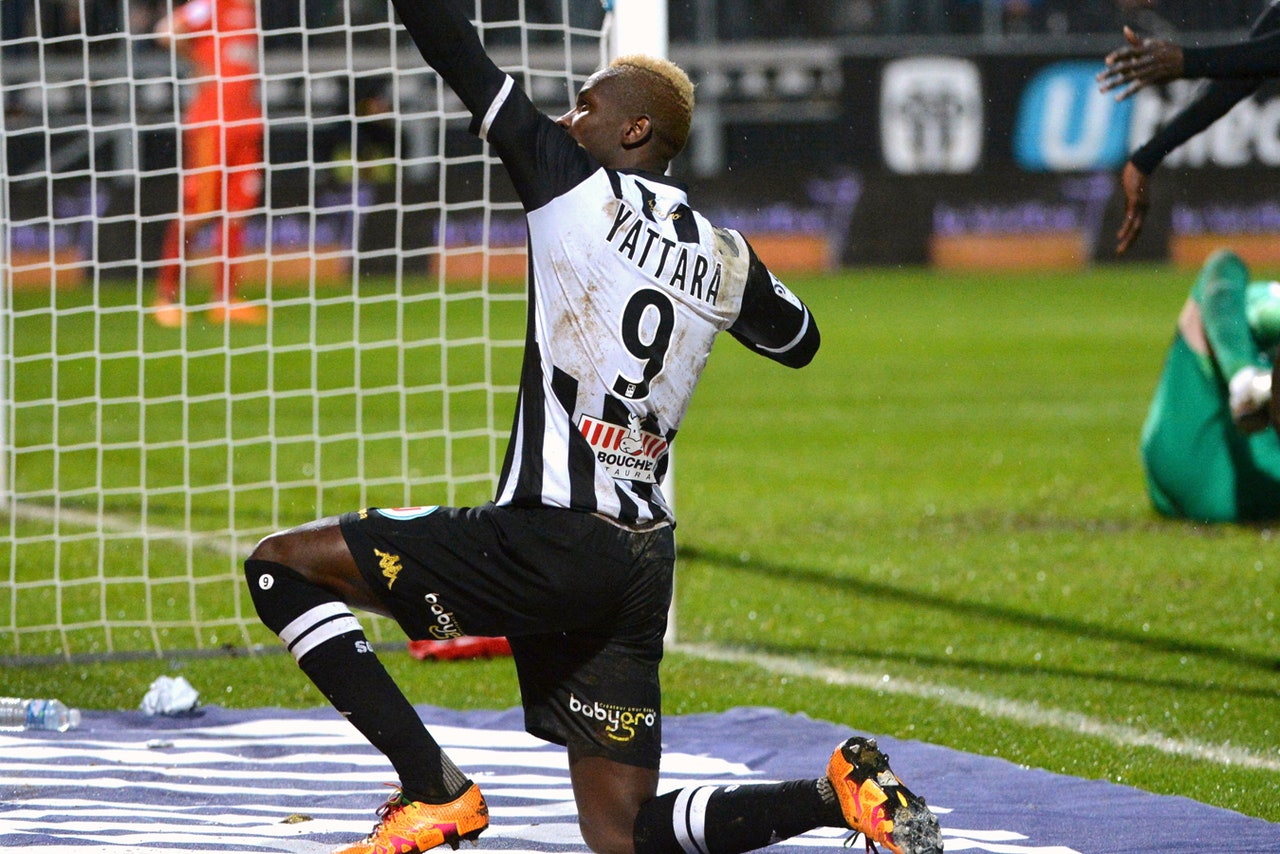 Angers closed the gap on second-placed Monaco to two points with an impressive 3-0 win over Leonardo Jardim's side at the Stade Jean Bouin.

A first-half Cheikh N'Doye brace set the resolute hosts on their way to preventing a third successive league defeat before Mohamed Yattara wrapped up the points early in the second half.

Danijel Subasic was the first keeper to be called into action on 15 minutes when he turned Billy Ketkeophomphone's dangerous effort from distance away.

However, the Monaco stopper was picking the ball out of the net four minutes later when Romain Thomas' header came back off the post before N'Doye pounced on the rebound give Angers an early advantage.

The hosts continued to look the more dangerous in the opening 45 minutes and Subasic was called upon twice late on, firstly turning Gilles Sunu's effort from a tight angle away before keeping out another Ketkeophomphone shot from distance.

His effort proved in vain though as Angers doubled their lead just before the break when N'Doye added his second of the game, bundling home Ketkeophomphone's effort after Sunu had initially hit the crossbar.

And Angers all but wrapped up the three points with only 10 minutes played in the second half when N'Doye's mishit from Sunu's cross fell kindly for Yattara to steer the ball home.

Monaco threw on debutant Vagner Love shortly after but it was team-mate Guido Carrillo who went closest for the visitors, only to be denied from close range by Alexandre Letellier.

And that was about as good as it got for Monaco, who suffered their first league defeat since early November.

Francois Ciccolini began life as Bastia coach with a valuable 1-0 win against Lyon.

After Ghislain Printant was given his marching orders in midweek, Brandao handed Ciccolini the perfect start with a second-half winner on Saturday. Lyon went close inside 20 minutes but Maxime Gonalons' header from a corner glanced just wide of the post as Alexandre Lacazette failed to get a telling touch.

Lyon had the ball in the back of the net on the hour mark when Mathieu Valbuena teed up Rachid Ghezzal but the former was ruled out for offside.

Despite their dominance, though, Lyon found themselves a goal behind on 69 minutes after Brandao combined with Axel Ngando before sliding the ball beyond Anthony Lopes to hand the hosts the advantage.

A Lyon response came and Lacazette went close twice, firstly testing Jean-Louis Leca with a stinging effort before the France international shaved the post with a header.

Bastia were reduced to 10 men late on when Gilles Cioni was sent off for a two-footed tackle on Grenier by the hosts held out to claim an important three points in their fight against relegation.

Lorient won for the first time in five matches with a comfortable 2-0 success over lowly Reims.

Senegal international Zargo Toure was the hero for Les Merlus, netting a double as Reims slipped into the Ligue 1 relegation zone.

Toure's first came after 16 minutes when he was left unmarked at the far post to nod in Yann Jouffre's corner.

Reims did not learn their lesson seven minutes into the second half when Jouffre's corner again picked out Toure, who powerfully headed home from six yards to secure the points for Lorient.

Montpellier moved out of the Ligue 1 relegation zone in style with a 4-0 thrashing of GFC Ajaccio.

The away side had lost their four previous matches but took the lead here after just 15 minutes, Moustapha Yatabare scoring with a right footed shot from six yards.

Their second came four minutes before the break with Jonas Martin converting from the penalty spot after Byan Dabo was brought down in the box.

Dabo got on the scoresheet himself on 51 minutes nodding in Jerome Roussillon's perfect cross and two minutes later he completed the scoring with a powerful header from Ryad Boudebouz's corner.

Troyes are now winless at home in 13 games after going down 1-0 to Nantes.

The only goal of the game came just before half-time with Guillaume Gillet finding the net from inside the penalty area after being set up by Adryan.

The home side rarely threatened with their best opportunity coming in the first half when Nantes goalkeeper Remy Riou kept out a fiercely struck Fabien Camus free-kick.

This result means Nantes climb to eighth in the table while Troyes remain rooted to the bottom with one win all season.

The away side took the lead after 12 minutes, Younousse Sankhare scoring from six yards after good play from Yannis Salibur and Jimmy Briand.

The lead lasted until midway through the second half when Toulouse equalised through a Wissam Ben Yedder penalty after a handball by Jeremy Sorbon.

Guingamp were not to be denied, though, as 18 minutes from time Briand finished a flowing move with a precise finish into the bottom corner.

Toulouse's misery was complete when Issa Diop was sent off for a second yellow card in injury time.