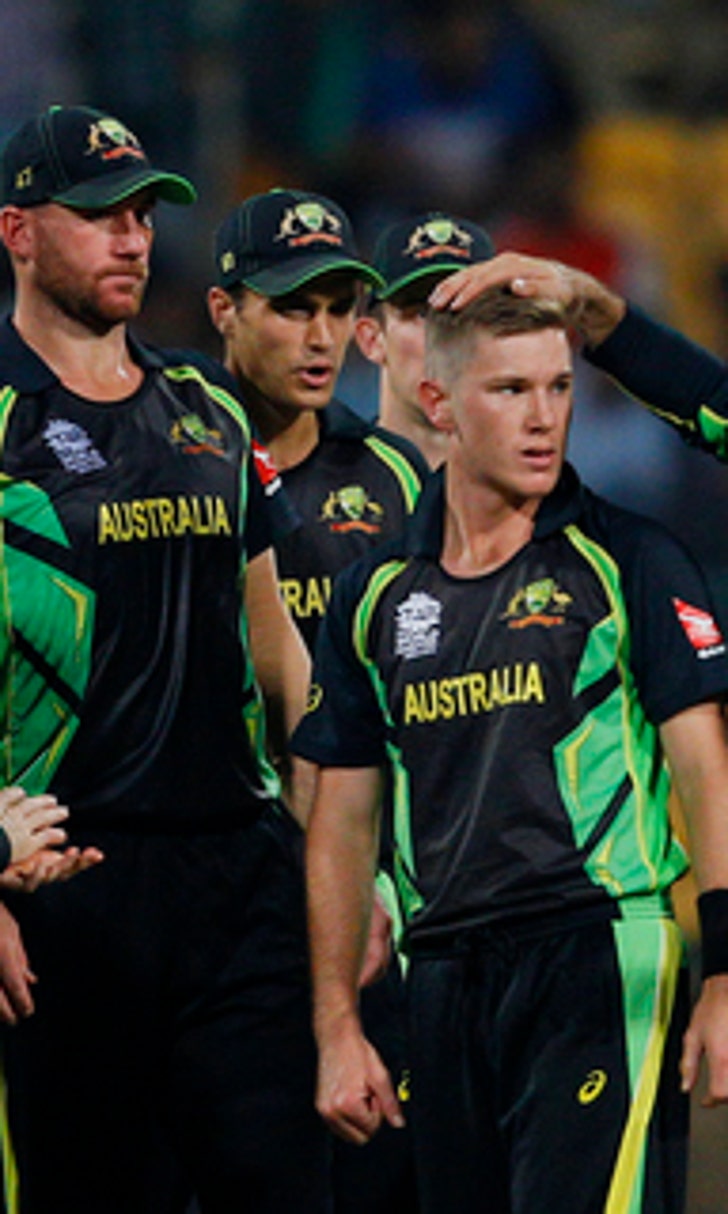 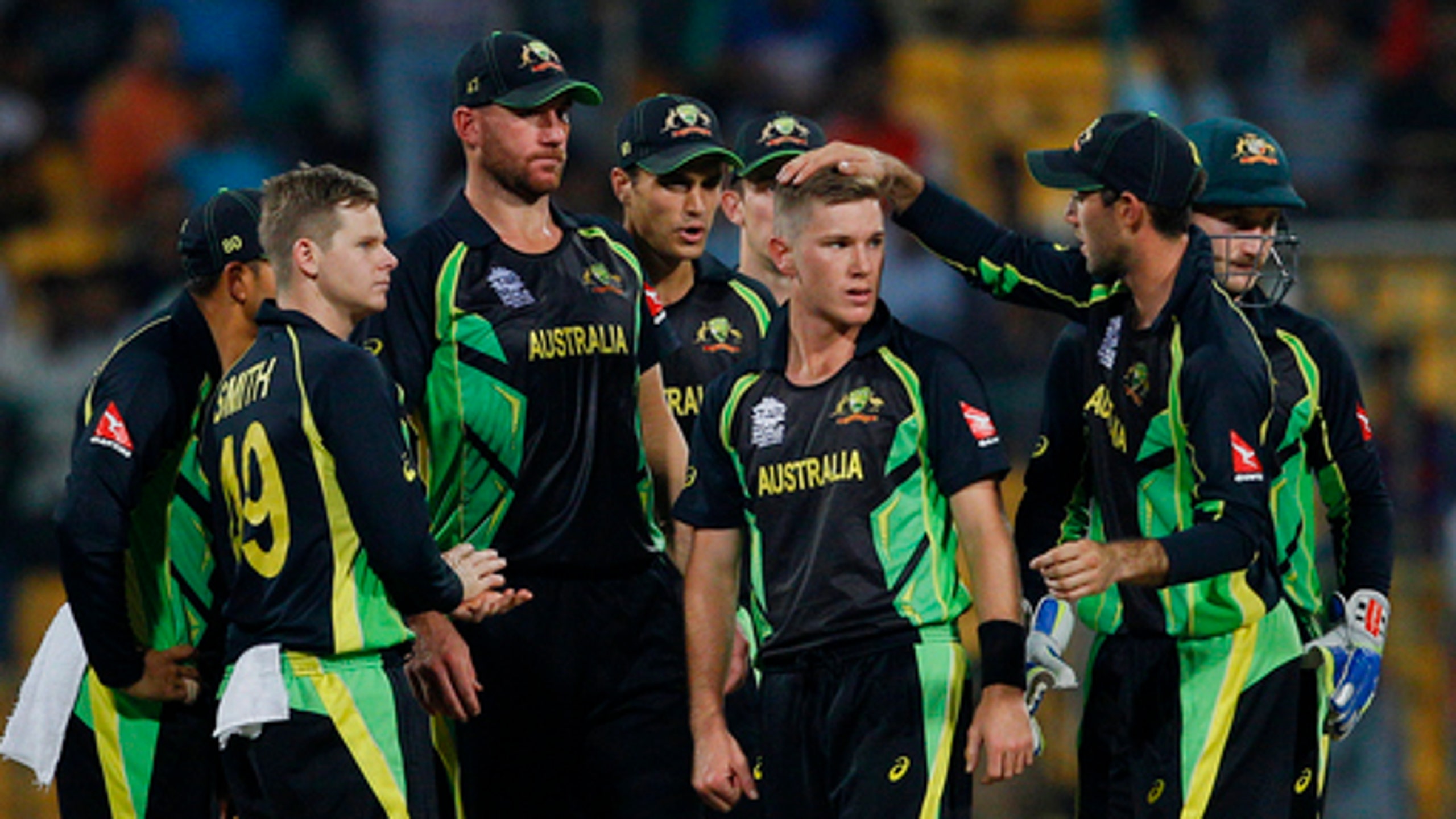 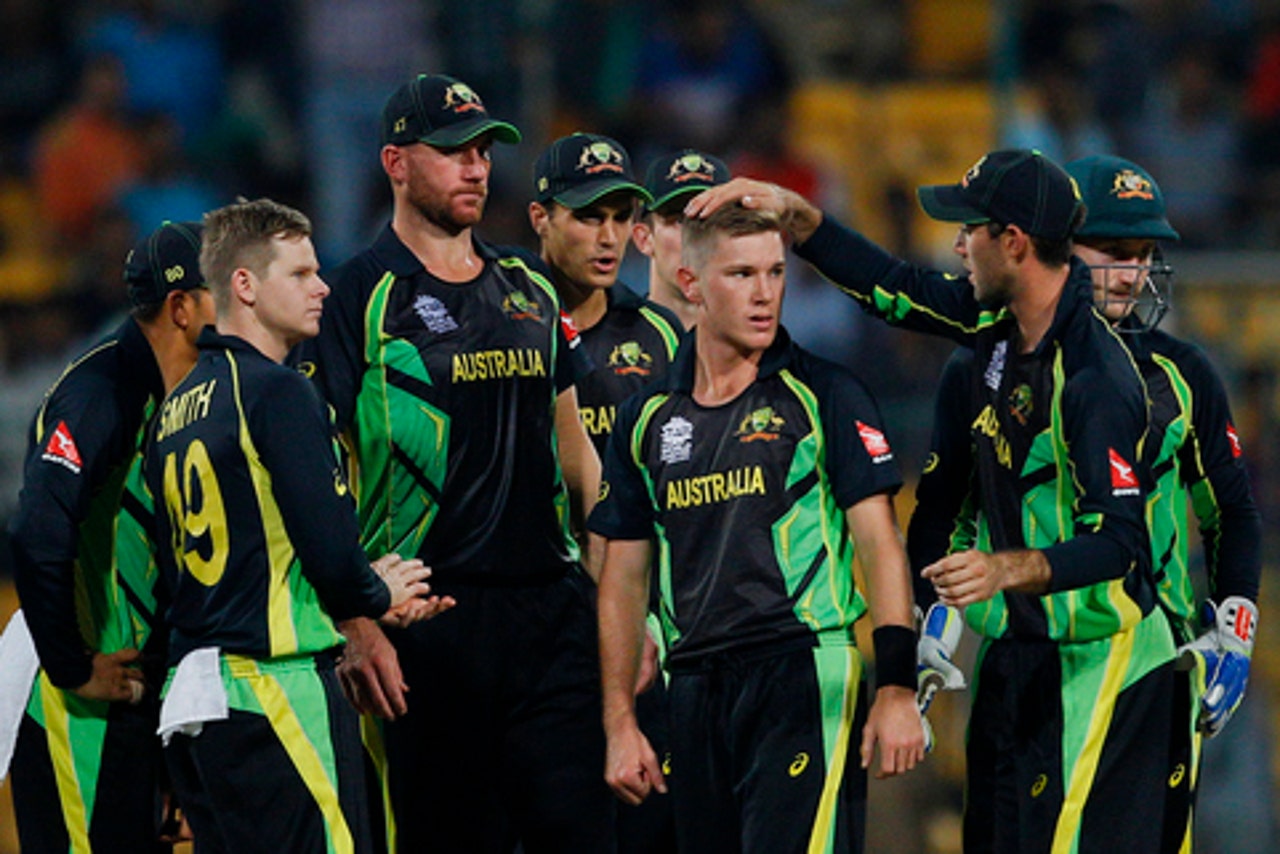 BANGALORE, India (AP) Australia made hard work of its three-wicket win over Bangladesh in the World Twenty20 match on Monday night.

After Bangladesh lost the toss and scored 156-5 at Chinnaswamy Stadium, Australia reached 157-7 in 18.3 overs for its first win in Group 2.

''We made it difficult at the end and Bangladesh bowled quite well in the middle overs,'' Australia captain Steven Smith said. ''We've had a bit of travel, but it's not an excuse.''

Openers Usman Khawaja and Shane Watson made a confident start with 62 in 7.2 overs for the first wicket. But from 95-1, the Australians began losing wickets at regular intervals - Shakib Al Hasan doing the bulk of the damage with 3-27 and Mustafizur Rahman picking up 2-30.

Khawaja seemed like he could do nothing wrong during his 58 from 45 balls that was laced with seven fours and a six. In contrast, once the opening pair had departed at 115-3, Smith (14), David Warner (17), Mitchell Marsh (6) and John Hastings (3) failed to get going.

But for Glenn Maxwell, who scored a 15-ball 26 with the help of two fours and a pair of sixes, the result could easily have been different.

Earlier, an unbeaten 49 from 29 balls by Mahmudullah, with seven fours and a six, enabled Bangladesh to post a respectable total.

Bangladesh was reduced to 25-2 in the seventh over, Shane Watson doing the damage. He first had Soumya Sarkar (1) caught at point and then claimed Sabbir Rahman (12).

The introduction of Adam Zampa's spin tilted the game in Australia's favor as he claimed three wickets, the batsmen unable to read his leg breaks.

Australia is third in Group 2 with one victory and one defeat by eight runs to New Zealand.

''Our fielding and bowling could have been better,'' said Bangladesh captain Mashrafe Mortaza. ''Two losses in a row, but we have two matches left and we'll see what happens.''