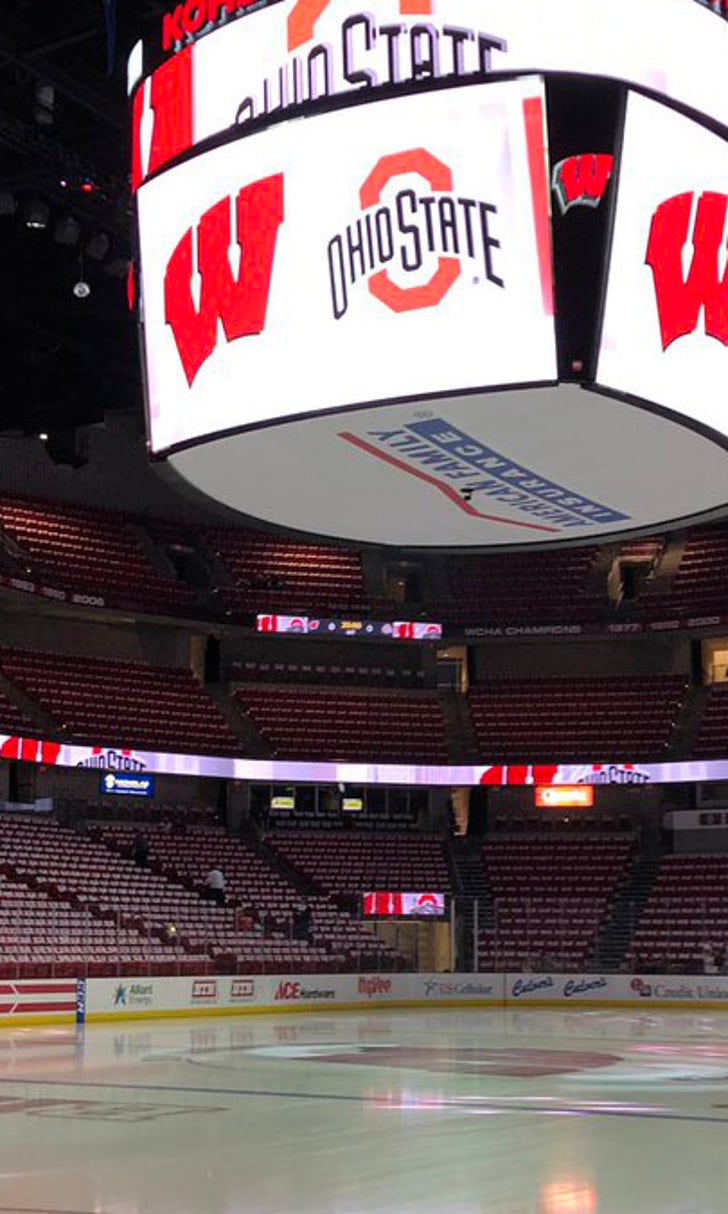 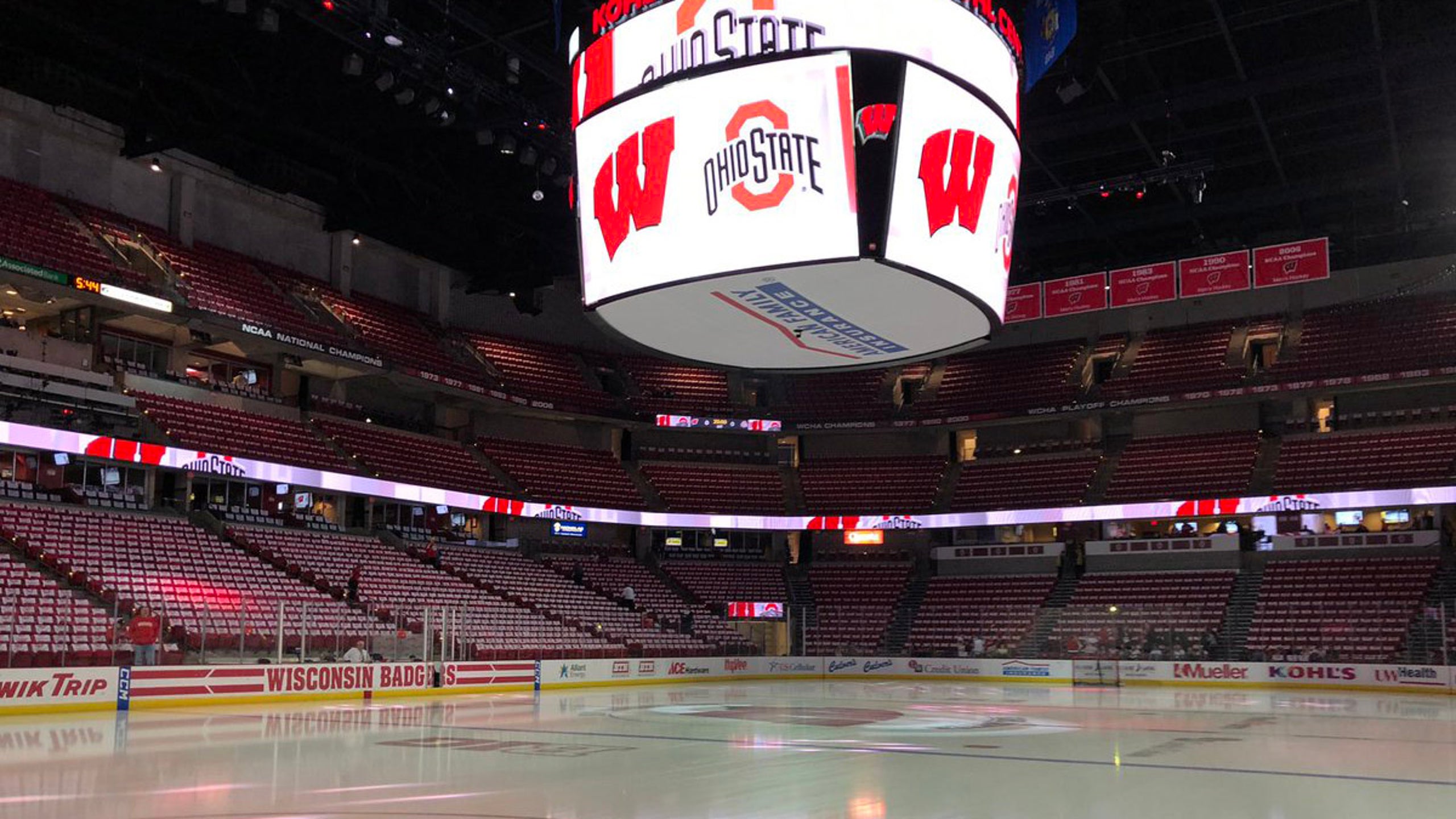 Wisconsin comes out flat in 4-1 loss, gets swept by No. 3 Ohio State 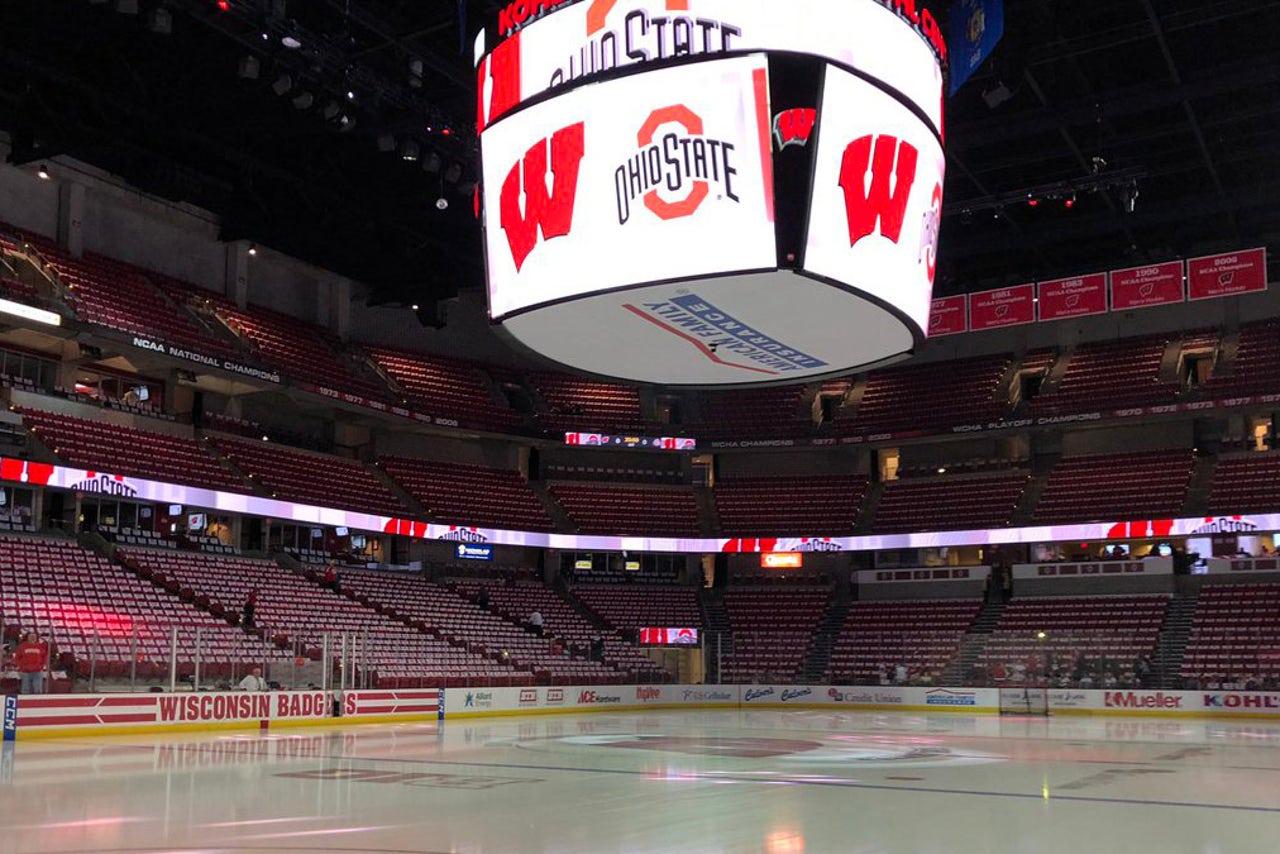 On a night when the University of Wisconsin honored the legendary Mark Johnson by retiring his jersey, the Badgers couldn’t muster much offense to pay tribute to No. 10 in a 4-1 loss to Ohio State.

The third-ranked Buckeyes completed the sweep after defeating Wisconsin 2-1 in overtime Friday night.

Ohio State jumped out to a 3-0 lead after two periods, thanks to goals from Dakota Joshua, Tommy Parran and Miguel Fidler. Wisconsin briefly made things interesting late in the third period, as senior forward Seamus Malone netted his seventh goal of the year and drew a penalty with 1:40 to play.

But the Buckeyes answered with an empty-net goal one minute later, sealing their seventh straight victory to cushion a lead in the Big Ten standings.

Johnson, who played three seasons for the Badgers from 1976-79, helped lead the program to a national title in 1977 and finished his collegiate career as the Badgers’ second all-time leading scorer with 256 points. Johnson has coached the women’s team since the 2002-03 season. He is the only player in Wisconsin men's hockey history to have his uniform number retired.


No. 1⃣0⃣ will hang in the Kohl Center rafters forever.

Mark Johnson becomes the first @BadgerMHockey player to have his jersey retired. Watch the ceremony: pic.twitter.com/4y8OSwDEtv

The Badgers hit the road next weekend to visit No. 14 Notre Dame. Last time these two programs clashed, the Fighting Irish swept the series with a 6-4 win Jan. 18 and an overtime victory the following night.