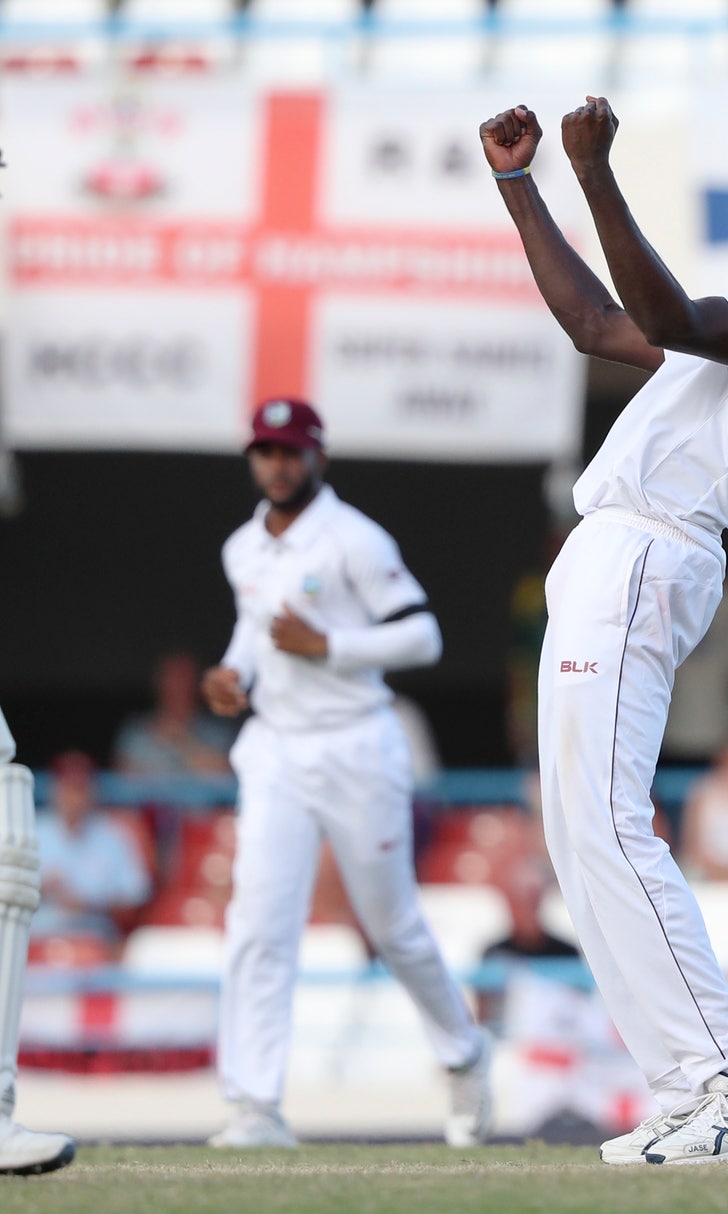 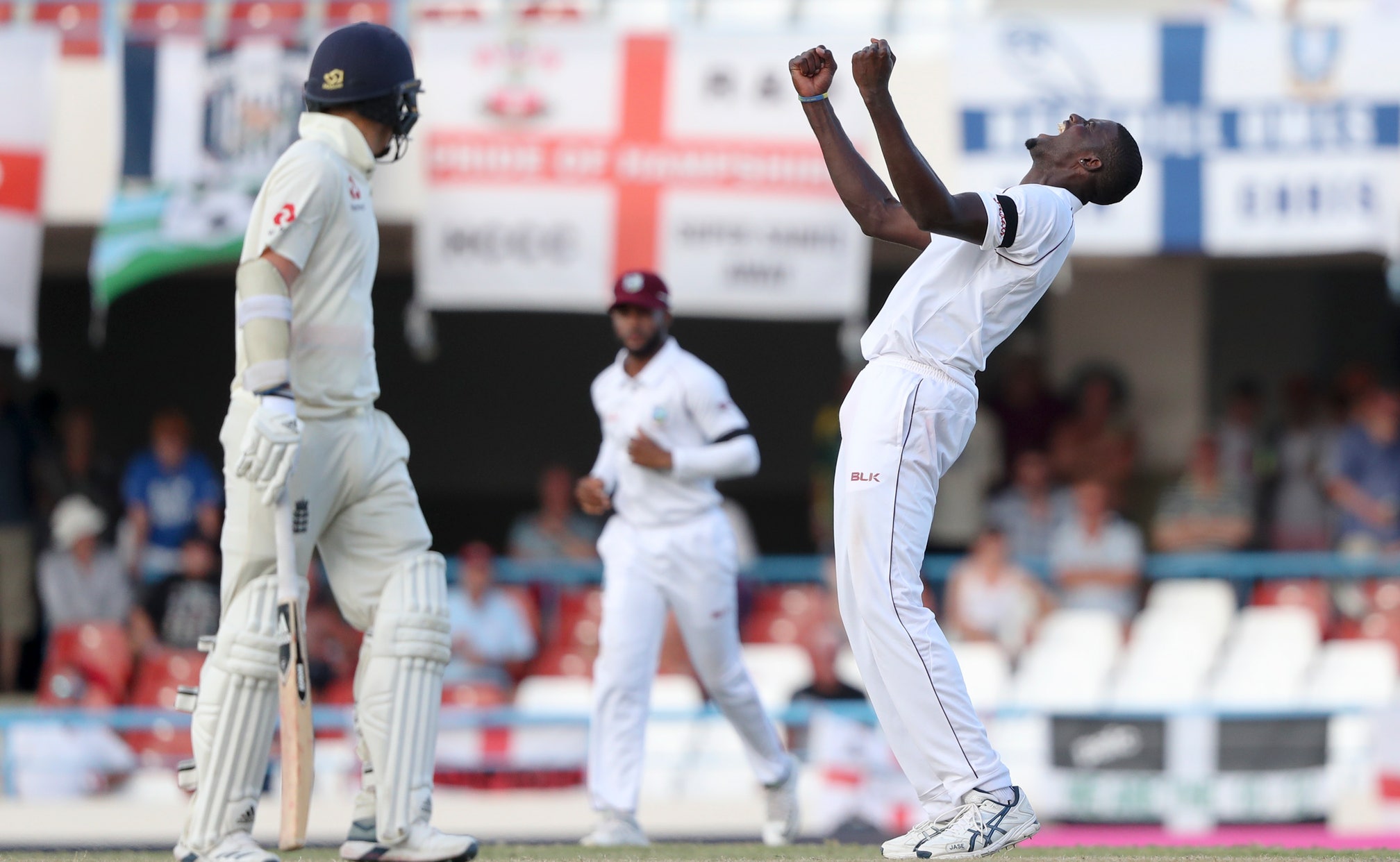 England was routed for 132 in its second innings and the West Indies knocked off the 14 runs needed for a 10-wicket victory on a dramatic day at Sir Vivian Richards Stadium.

The test series was clinched 2-0 with a match to spare.

The West Indies completed its first innings only in the morning, Darren Bravo the last man out after facing 215 balls for 50. But he helped his side to a 119-run lead on a dodgy pitch.

England, after making 187 in its first innings, needed to show some grit. But the English attacked instead of digging in and were routed for 132, leaving the West Indies needing 14 runs for the victory.

John Campbell cracked a six over midwicket off James Anderson for the winning runs, and he and fellow opener Kraigg Brathwaite joined their team in a lap of honor.

Bravo had already met 165 balls and made only 33 when play resumed on Saturday.

But with help from captain Jason Holder (18), and tailenders Kemar Roach (6), Alzarri Joseph (7) and Shannon Gabriel (1 not out), Bravo reached his 17th test half-century before he was stumped.

Joseph's commitment to the cause was also noted. His mother, Sharon Joseph, died on Saturday before play began.

Alzarri Joseph also bowled, taking 2-12 off seven overs, including the prize of England captain Joe Root for the second time in the match. Joseph added a catch.

"Alzarri's mum passed away, so we rallied around each other, we wanted to do it for her," Holder said. "For Alzarri to be involved, credit to him and his family."

England was OK until opener Rory Burns was out to Holder for 16 on 35-1. Then the wickets came regularly, four of them bowled, and two to lbw, as fast bowlers Holder (4-43) and Roach (4-52) held their lines and lengths. Roach was named an of the match for his eight wickets in total.

"I thought as a bowling group we've performed well but the batting hasn't been up to it," Root said.

The third and final test starts next Saturday in Saint Lucia.