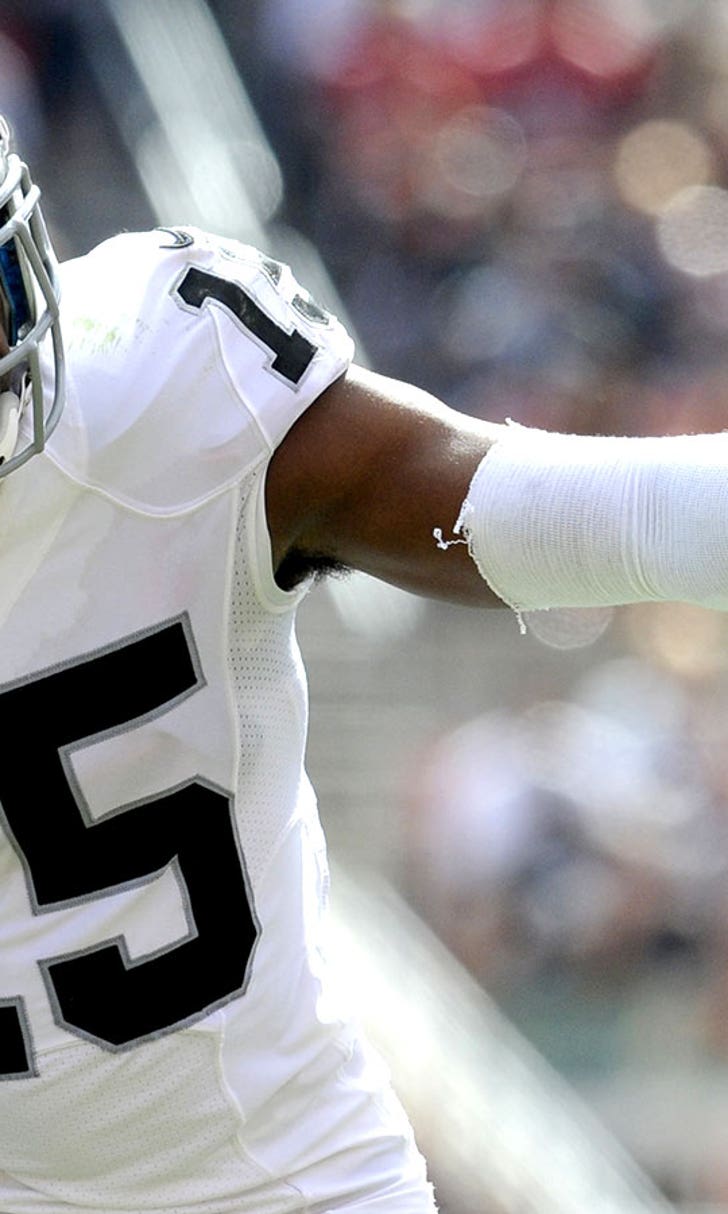 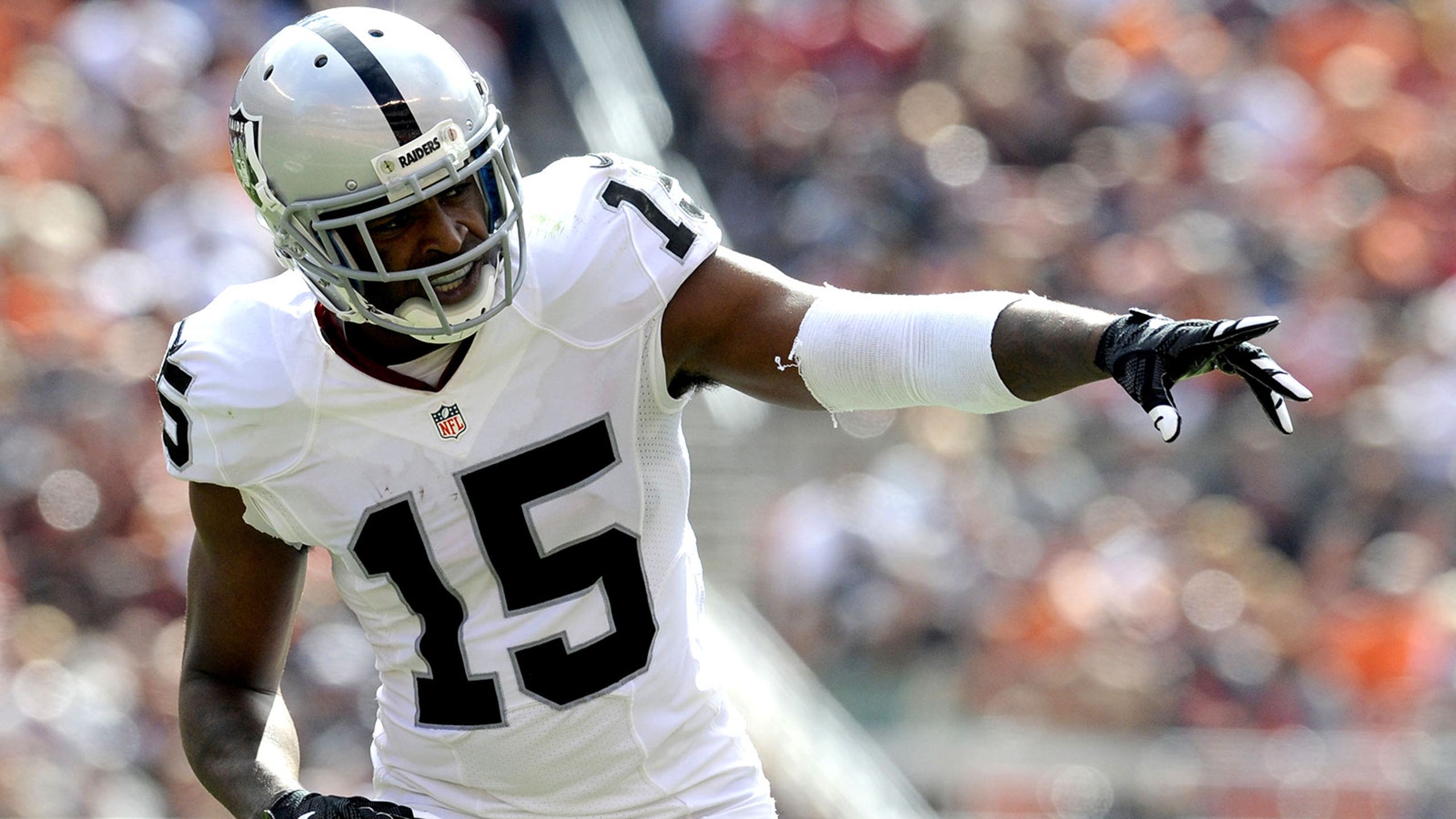 Here we are again. Dazed and confused with yet another plastic bottle of antacids to suppress the weekly fantasy waiver wire anxiety.

That brings us to the curious case of Stefon Diggs and an owner-posed question in the comment section of my Week 7 waiver wire feature:

Speaking of reinforcing the brand and after reviewing each of these weekly features, the Dolphins' Rishard Matthews has been featured in all but one edition. After Week 1, he was available in 99 percent of leagues, but despite averaging 15.6 fantasy points per game (PPR) and ranked 24th in fantasy points scored among receivers, Matthews is still available in 50 percent of leagues on FOXSports.com. For context, A.J. Green finished the 2014 season ranked WR24. Perhaps, Matthews name should appear in the title - not in the body of the article.

Do you remember this past summer and during training camp, reports out of Cowboys’ camp that the offensive focus was to rush 30 times per game? At the time, we thought this was Joseph Randle’s big break with newly acquired McFadden and Lance Dunbar assisting here and there. Well, Randle’s averaged 12 carries per game, Dunbar is on IR and McFadden just carried the ball 29 times for the first time in two seasons. Run DMC’s fantasy friendly 24.2 fantasy points came against a Giants’ rush defense which allows the 11th-most fantasy points per game to opposing running backs – 21 FPAPG. Up next, the Seahawks, Eagles and Buccaneers – all rank Top 11 fantasy rush defenses.

I’m not trying to poo-poo the waiver wire add of McFadden on the heels of Christine Michael-is-gonna-do-work reports, which, by chance, came out of that same Cowboys’ camp. Michael waiver wire adds a week ago burned the hobby. The case for the add is Joseph Randle reinjured his oblique in Week 7 and DMC should earn some more touches, but the case against is with Matt Cassel the starting quarterback for the foreseeable future, defenses are going to load up the box, stop the run and make Cassel beat them with his arm.

Depending on roster size, league depth and if you’re currently taking blood pressure medication, Blue and/or Polk may be for you!

As this Houston Chronicle report confirms, the duo of Blue and Polk present one of the most cloudy running back committees for the rest of the season. That’s saying something when you take a peek at the Giants, Redskins, Browns, and Titans current backfields.

It’s true Blue has posted the best fantasy performance of the two – 19 fantasy points against the Buccaneers - but he’s been dealing with a toe injury. Polk can be worked into the passing game. This is not to forget Texans’ RB3, Jonathan Grimes, who muddies the water even more.

What you need to ask yourself before placing the claim is will (when will) one of these guys create enough space on the depth chart to become valuable enough to FLEX out because as it stands now, Blue and Polk are a waiver wire lottery ticket you’re praying hits right.

My pick of the two is Polk rest of season with the admission that Blue has the better chance to see 20 touches in a game.

With the Ravens on deck and Antonio Gates’ knee on the mend, Johnson could be in line for more targets. The Ravens allow the second-most fantasy points per game to opposing wide receivers. We all know Keenan Allen will eat well, but Philip Rivers is slinging it all over the yard because rookie running back Melvin Gordon is in the dog house after fumbling his way out of starting gig. Fantasy football has plenty of WR2’s and WR3’s, but based on ownership percentages, Johnson is out of sight, out of mind, buried as a quasi-WR5. Get him on your roster.

Rishard Matthews, Stevie J and Crabtree have consistently found their names listed as viable waiver wire options. Crabby is averaging nine targets per game courtesy of Derek Carr. With most defenses honoring the skill and talent of rookie Amari Cooper, Crabtree should continue to earn work in the Raiders passing game. Tough matchup with the Jets in Week 8, but he should be owned in more than 50 percent of leagues with the amount of targets he’s seeing. Plus, he’s ranked WR28 in PPR leagues ahead of Jordan Matthews. True story.

When evaluating Adams’ rest of season fantasy value, I compare his depth chart situation to the Jaguars and Cardinals current WR pecking orders.

Allen Robinson and Allen Hurns – both averaging double-digit fantasy points per game – account for 45 percent of Blake Bortles targets. There is room for Julius Thomas, Bryan Walters, T.J. Yeldon and others to make an impact in the passing game.

In Arizona, Larry Fitzgerald and John Brown account for 49 percent of Carson Palmer’s targets. Michael Floyd is seeing 13 percent of the targets since he returned to the lineup. He’s managed to score 30 fantasy points the last two games with fewer opportunities.

In Green Bay, Randall Cobb and James Jones only account for 42 percent of Aaron Rodgers’ targets. Adams, when healthy, will have opportunities to slide into starting lineups.