DETROIT (AP) -- Justin Verlander, sporting a scruffy beard on his 33-year-old face, chuckled when the Detroit Tigers showed a video montage of some of his significant strikeouts during a career that started more than a decade ago.

"Man, the first strikeout they showed against (Travis) Hafner I looked pretty doggone young, fresh-faced," Verlander said. "A lot of great moments along the way, and a lot of great moments here in this stadium in front of these fans. A lot great seasons. It really all brings that back to the forefront pretty quickly. Most importantly, we won."

Verlander struck out 10 batters, including the 2,000th of his career, to help Detroit beat the Minnesota Twins 6-3 on Wednesday.

"Personal accomplishments are nice, but what I take the most pride in is being out there every fifth game," he said. "Numbers come with time."

Talent and an ability to adapt have also helped.

While Verlander can't throw around 100 mph like he could when he made his debut July 4, 2005, at Cleveland, he can still blow mid-90s fastballs past players and mix his other pitches to keep them guessing. And, he is willing to make changes as he did by dropping his arm slot recently.

"It's a huge part of this game, being able to make adjustments on the fly, mid-season, mid-at-bat," Verlander said. "It's been good since I made that adjustment."

Verlander (3-4) allowed six hits and three runs over 7 1/3 innings while matching his season high in strikeouts. He joined Mickey Lolich as the two pitchers in franchise history with 2,000 career strikeouts, and became the 76th in baseball history to reach the milestone.

"Ver has to catch up to Rocket (Roger Clemens) to really impress me," Tigers manager Brad Ausmus joked. "But it's an outstanding accomplishment. Ver has been one of the elite pitchers in baseball since he arrived on the scene. Since the end of last July, when a lot of people doubted him, he's kind of shown he's got some left in the tank."

The Tigers have shown they can compete and win, too. They've won four straight, equaling a season high, after losing 11 of 12 games.

"We talked a lot about the first inning, being ready," Minnesota manager Paul Molitor said. "Some of the basic things that you would hope at this level. We got to catch the ball, hit the cutoff man, all those kind of things that just jump out at you when you're playing poorly. Give extra bases, extra opportunities. It's a tough hole to dig for your starting pitcher when you don't make plays early."

He led off the first with an infield single and advanced to second on an errant throw from shortstop Eduardo Nunez. Kinsler scored when J.D. Martinez followed with a single and left fielder Eddie Rosario was charged with an error, missing home plate on a throw that should've gone to second to prevent Martinez from getting to that base.

Kinsler finished 3 for 4, hitting a solo homer in the sixth and an RBI single in the fourth. He has hit homers in four straight games for the first time in his 11-year career, and has become the first leadoff hitter to do that for the Tigers since Dick McAuliffe did it in 1969.

Francisco Rodriguez pitched a perfect ninth to earn his 11th save in 12 chances.

Twins: IF Eduardo Escobar (strained groin) might come off the DL, which he has been on since May 7, early next week after going to Florida for extended spring training.

Tigers: RHP Shane Greene (right middle finger) is scheduled to make a rehab start for Single-A West Michigan on Friday. ... The Tigers took DH Victor Martinez out of the lineup to give him an extra day to rest.

Tigers: Detroit is off Thursday before hosting Tampa Bay with Anibal Sanchez (3-4) pitching for the Tigers against Matt Andriese (2-0) on Friday night.

Ausmus donated the sweatshirt and cap he took off during a rant that got him ejected from Monday night's win against Minnesota.

MLB.com Auctions made both items available Wednesday and by 6 p.m. EDT, 13 bids had pushed the price up to $360 in the weeklong auction that will benefit youth baseball in Detroit.

"I wasn't proud of the tirade, but let's get something good out of it," Ausmus said. 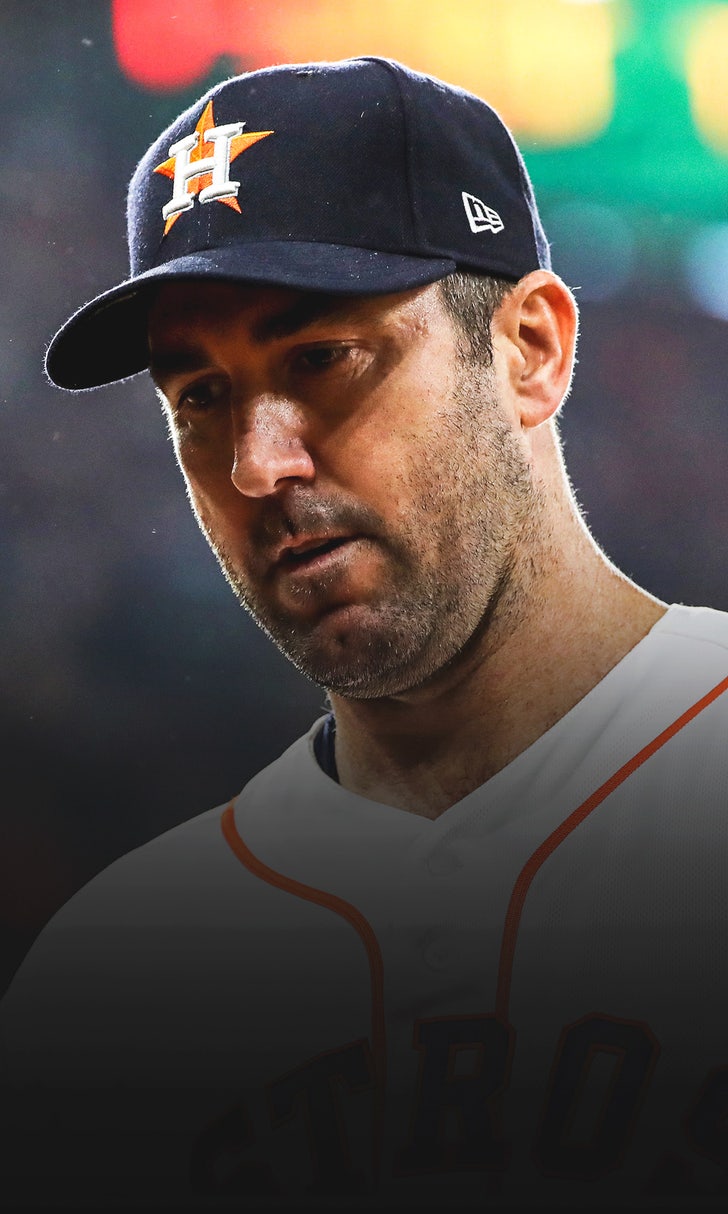 Verlander Clarifies Injury Report
After news broke that the Astros ace would miss the remainder of the 2020 season, Verlander himself explained his status.
July 26, 2020
those were the latest stories
Want to see more?
View All Stories
Fox Sports™ and © 2021 Fox Media LLC and Fox Sports Interactive Media, LLC. All rights reserved. Use of this website (including any and all parts and components) constitutes your acceptance of these Terms of Use and Updated Privacy Policy. Advertising Choices. Do Not Sell my Personal Info