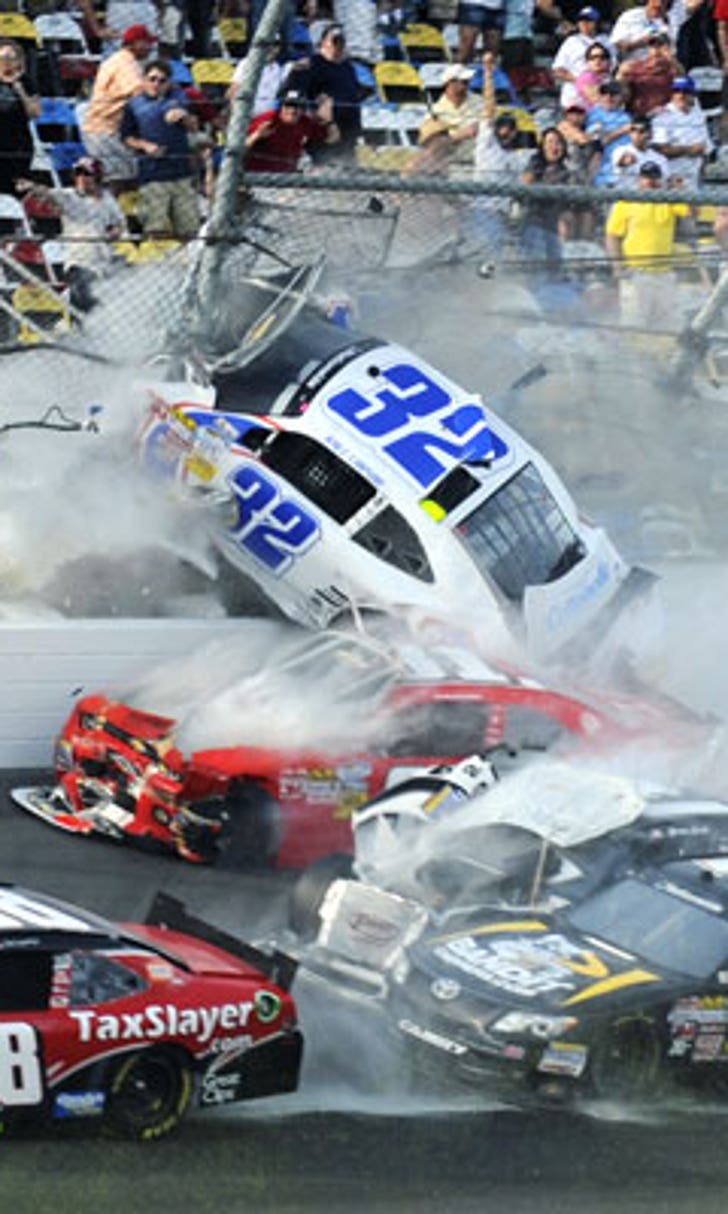 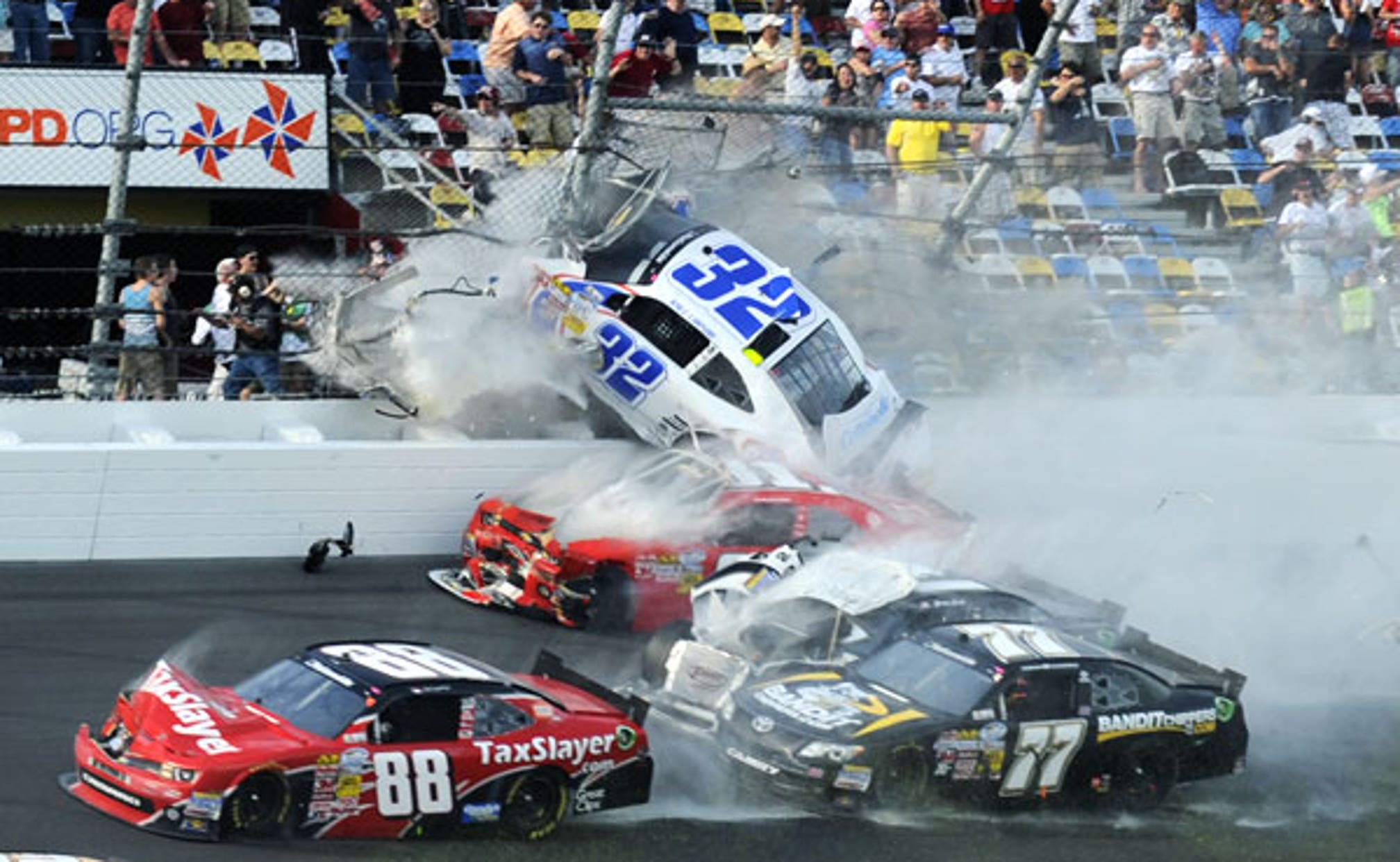 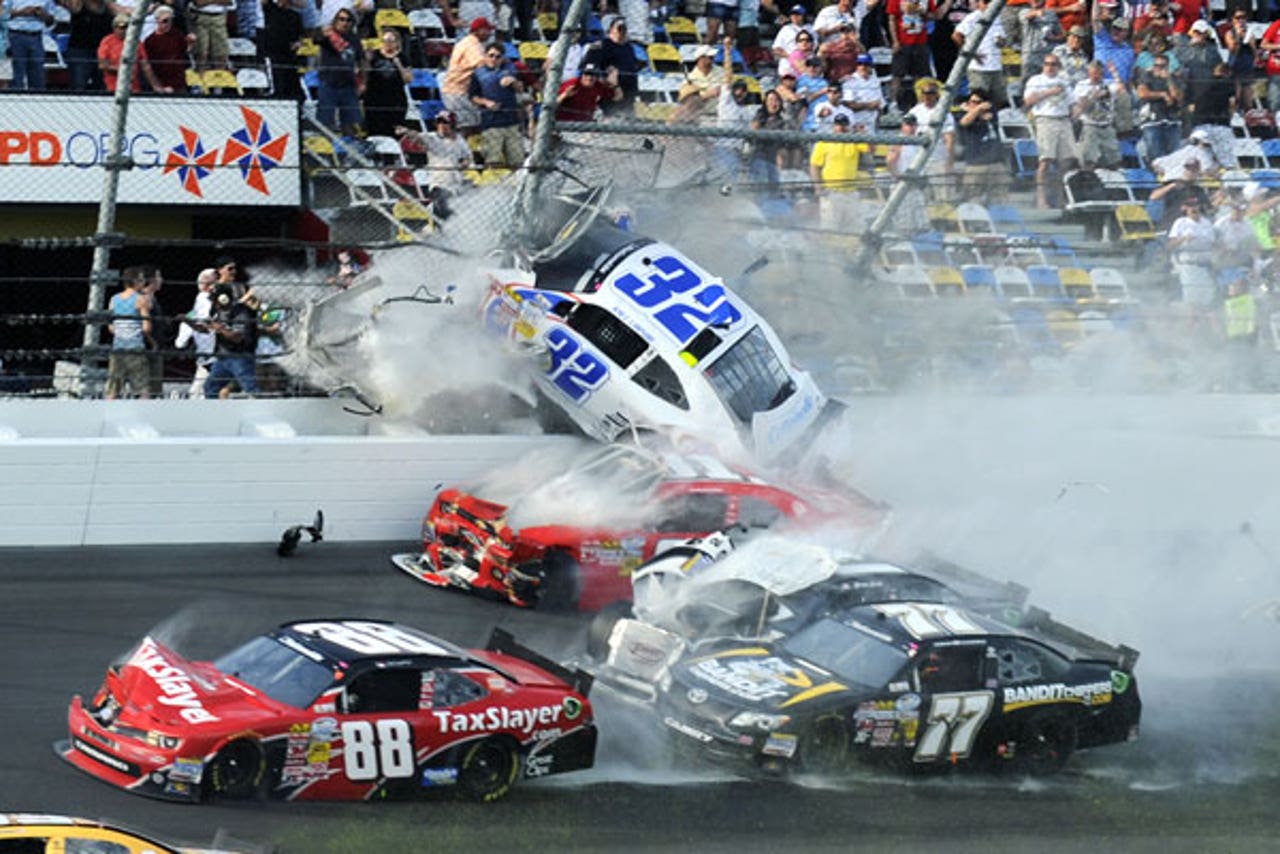 NASCAR Nationwide Series driver Kyle Larson (32) goes up into the fence after being involved in a crash on the final lap during the DRIVE4COPD 300 at Daytona International Speedway.

Close up photo of debris from NASCAR wreck at Daytona in stands via @thejordanmiller twitter.com/TheJordanMille…

A wild wreck on the home stretch of the final lap of Saturday’s NASCAR Nationwide Series race at Daytona International Speedway sent one car’s engine, a tire and other parts crashing through the fence separating fans from the track and sending several fans to a nearby medical center. Check out FOXSports.com for the latest on the developing story.

A good first-hand account here from a fan who was injured in yesterday’s crash.

NASCAR legend Bobby Allison thinks NASCAR has done a “great job” on improving driver and fan safety, pointing out that the heavy speeding engine that flew into the stands was successfully held up by the fence.

Daytona International Speedway president gave a Sunday morning press conference to confirm we will be racing as scheduled for the Daytona 500, pending weather. He faced a number of questions on Daytona’s plans for reviewing track safety.

.@disupdates' Joie Chitwood: Track met w/ #NASCAR at 8a about repairs & are "ready to go racing today." Not able to replace crossover gate.

This was taken ~2 hrs ago. Staging being set up for #daytona500 w repairs continuing on fence in background. #nascar twitter.com/kristavoda/sta…

Getting a picture of Stewart taking the win today at Daytona, caught the big crash… twitpic.com/c6c7e6

NASCAR says it blocked Daytona crash video out of "caution," "respect" for injured: journ.us/Wb98mK Fan says he "meant no disrespect"

Brother of one injured said it was like a "warzone" when the crash occurred. But he is not afraid to go back. #NASCAR #daytona

.@wendyventurini also tells @speedcenter of the two in critical condition, one is a minor & the other has a head injury. #NASCAR

.@disupdates' Joie Chitwood: Fans will not be moved for #Daytona500. "We expect to go racing tomorrow with no changes." #NASCAR

Daytona International Speedway president Joie Chitwood and NASCAR Vice President of Racing Operations Steve O’Donnell have addressed the media. Chitwood: “Our thoughts and prayers are with our race fans … We transported 14 people off property and treated 14 people at our on-track care center.” O’Donnell said he was confident they would be ready to run tomorrow’s Daytona 500. They declined to give updates on the conditions of the injured fans.

NASCAR tickets with a warning about entering at your own risk: 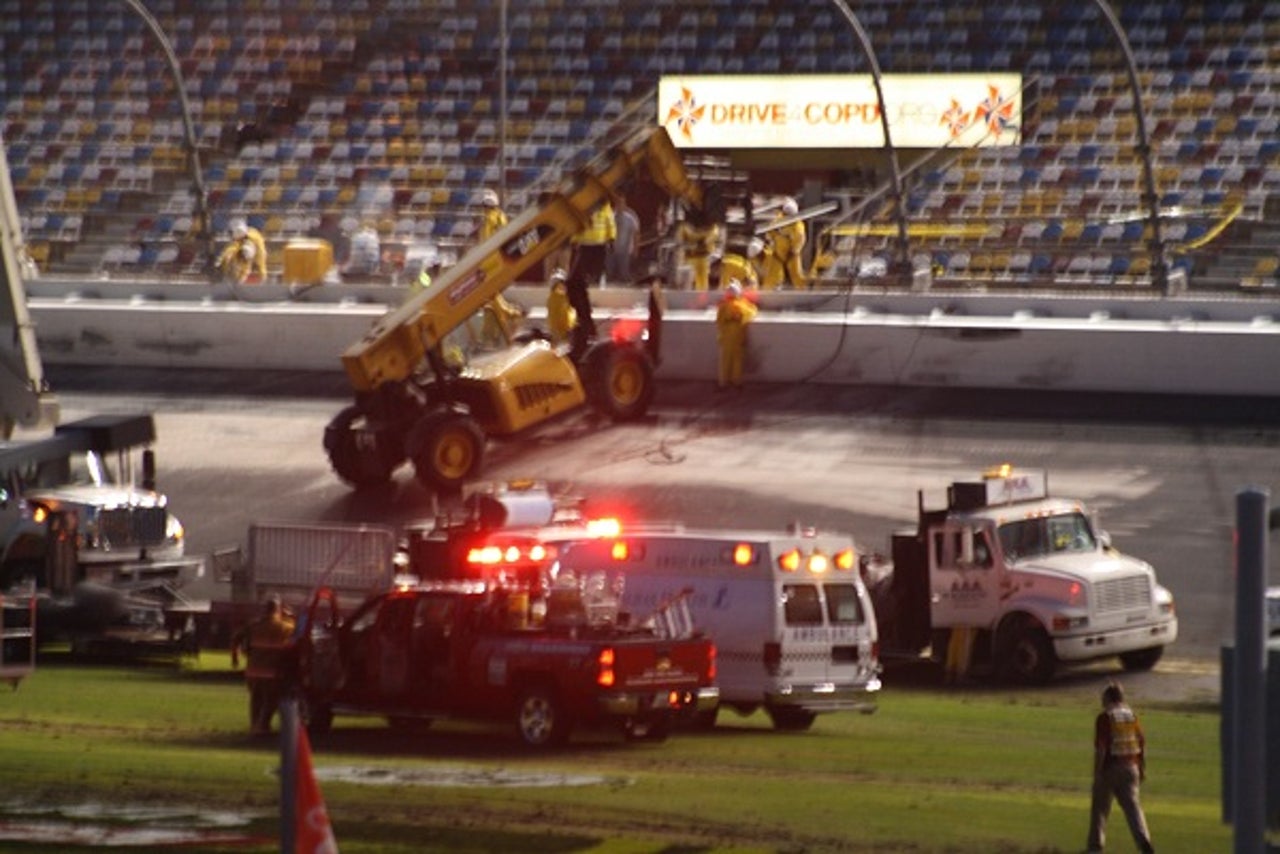 Wow. So glad he’s ok RT @noble_jim: Pic from my buddy Craig who was shooting at flagstand. He's OK - check out cam twitter.com/Noble_Jim/stat…

MT @speedcenter: We will continue w/ news on the Daytona crash until 7:30p ET on @speedcenter & @speed. Will bring news as available. 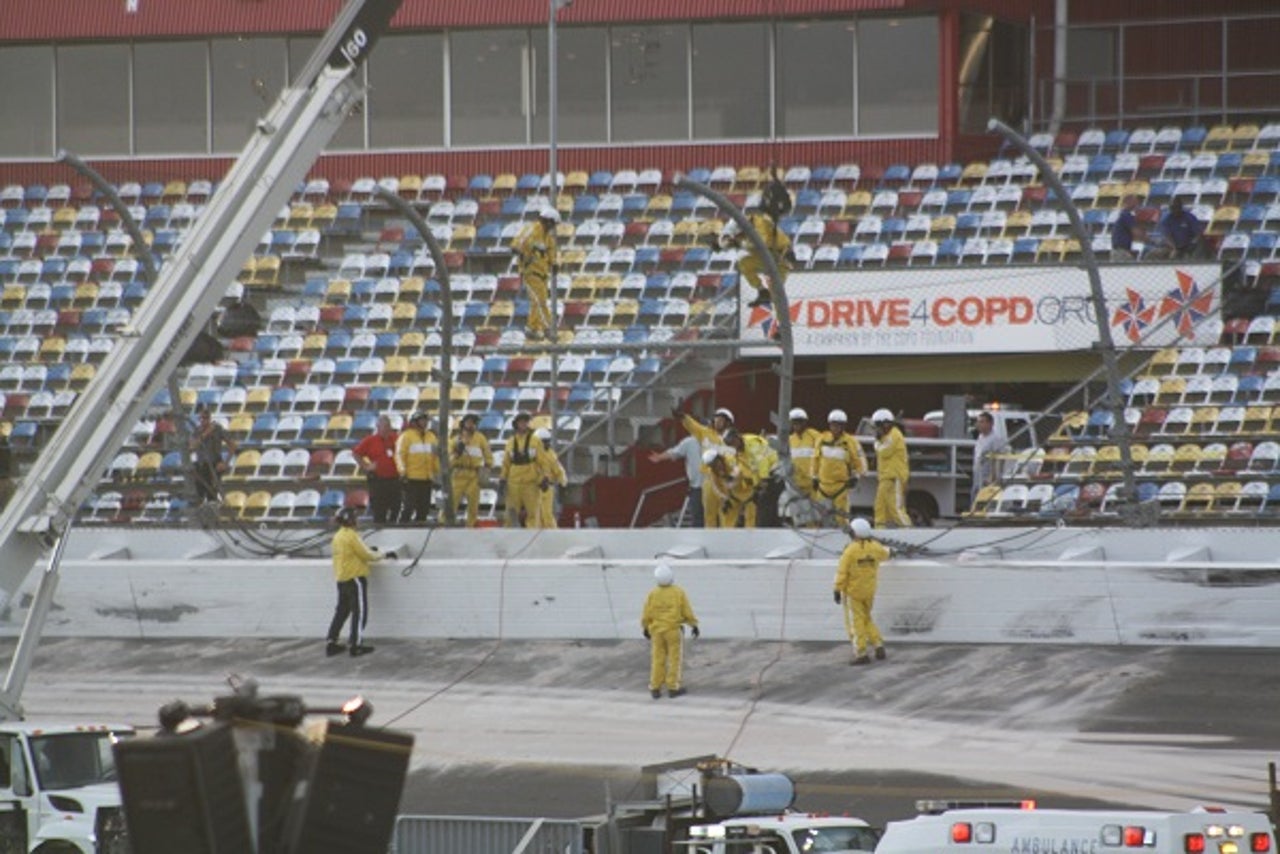 Tire in the stands at Daytona! Person injured as well. Went right through the fence. #daytona500 #nascar #Daytona twitter.com/TheMeisterMan/…

.@disupdates' Joie Chitwood: Track met w/ #NASCAR at 8a about repairs & are "ready to go racing today." Not able to replace crossover gate.