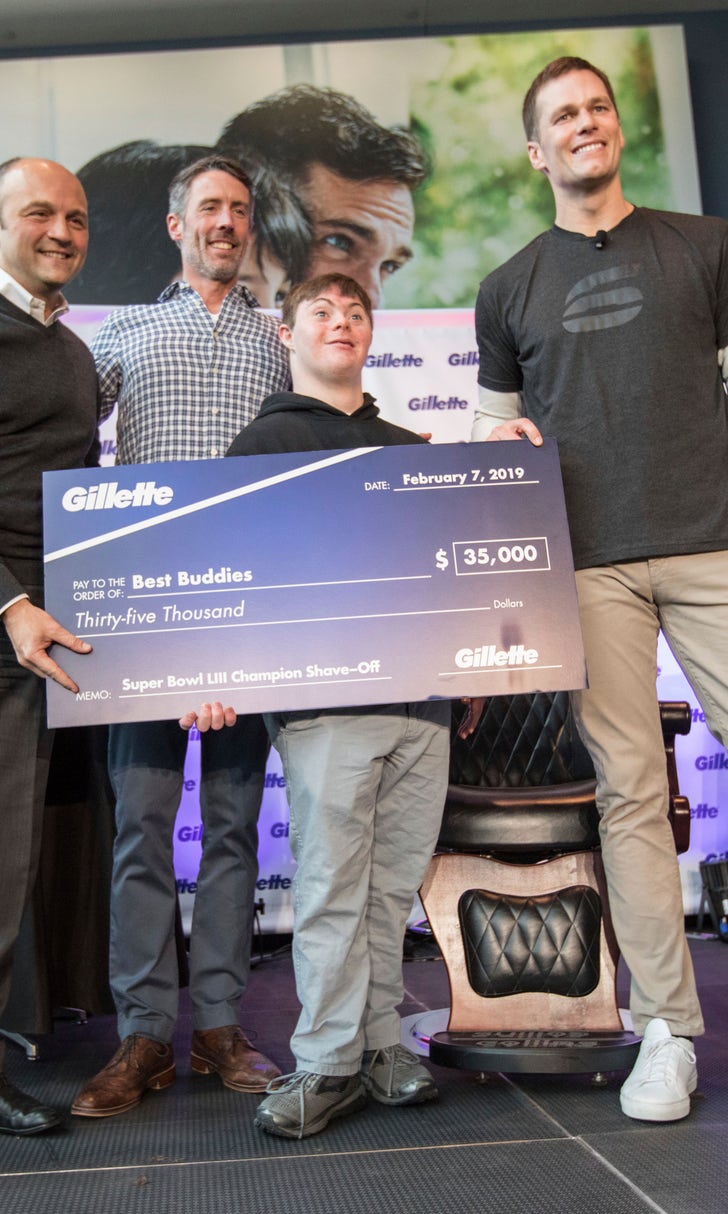 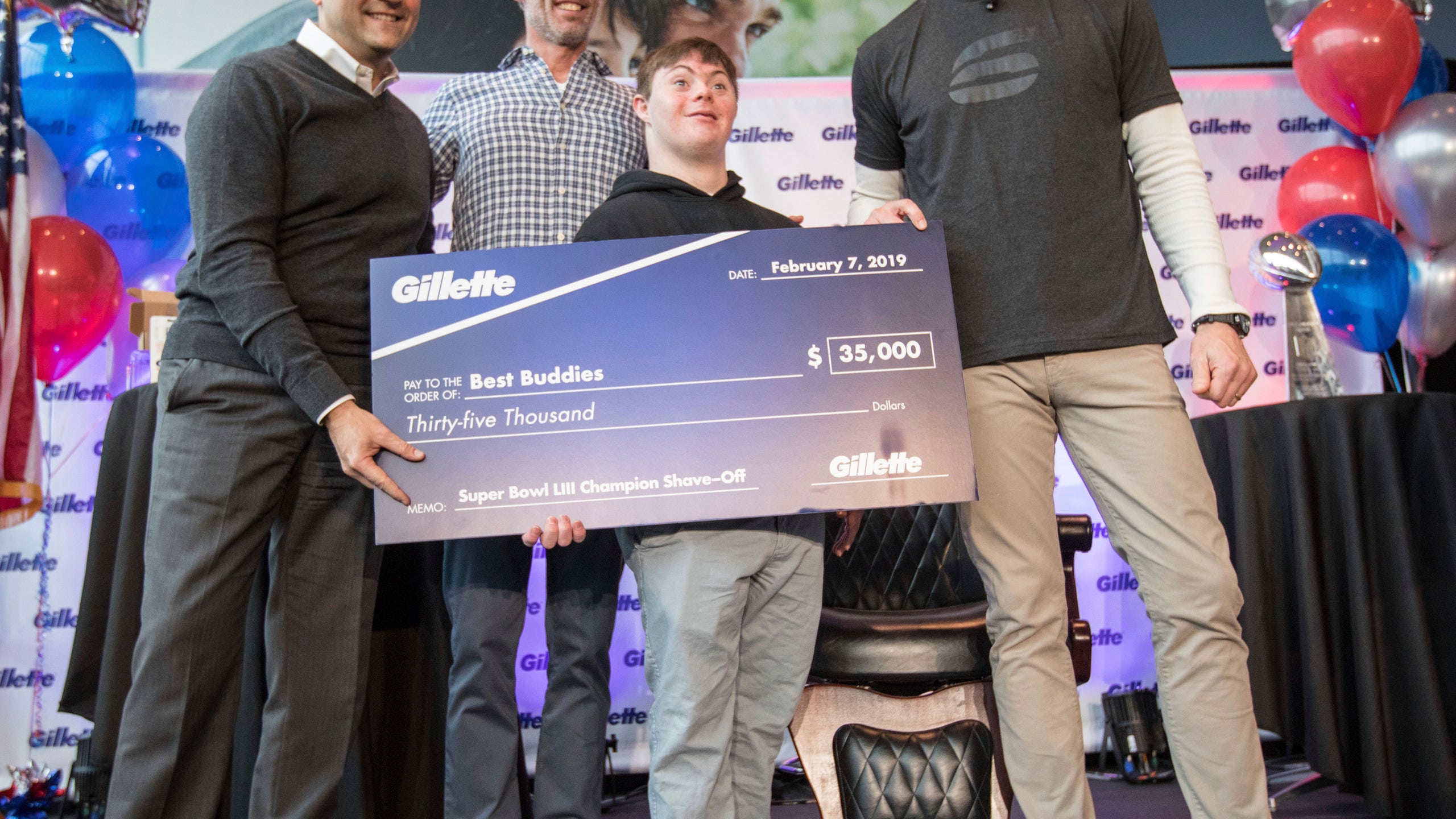 Tom Brady gets his playoff beard shaved for charity

BOSTON (AP) — After a close shave at the Super Bowl, New England Patriots quarterback Tom Brady got another close shave, this time for charity.

The six-time Super Bowl champion got his playoff stubble shaved off Thursday at Gillette headquarters in Boston.

Gillette donated $35,000 each to the Boys and Girls Club of South Boston, Best Buddies and the Dana-Farber Cancer Institute.

Brady also signed Patriots-branded Gillette razors, which will be auctioned for charity.

Brady said Thursday was the first morning since the Super Bowl he hasn't woken up completely exhausted. He also divulged that he's enjoyed a margarita or two since the game, and is planning on vacationing in Costa Rica.

The Patriots beat the Los Angeles Rams 13-3 on Sunday in a game that wasn't decided until late in the fourth quarter.