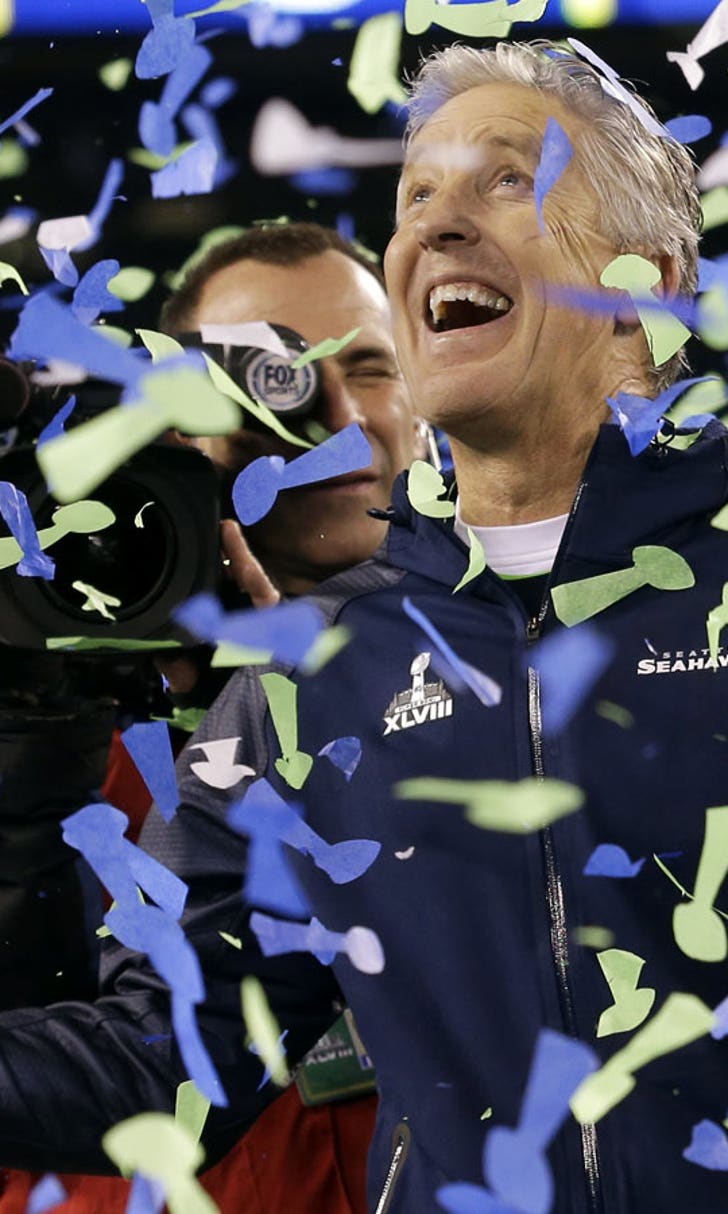 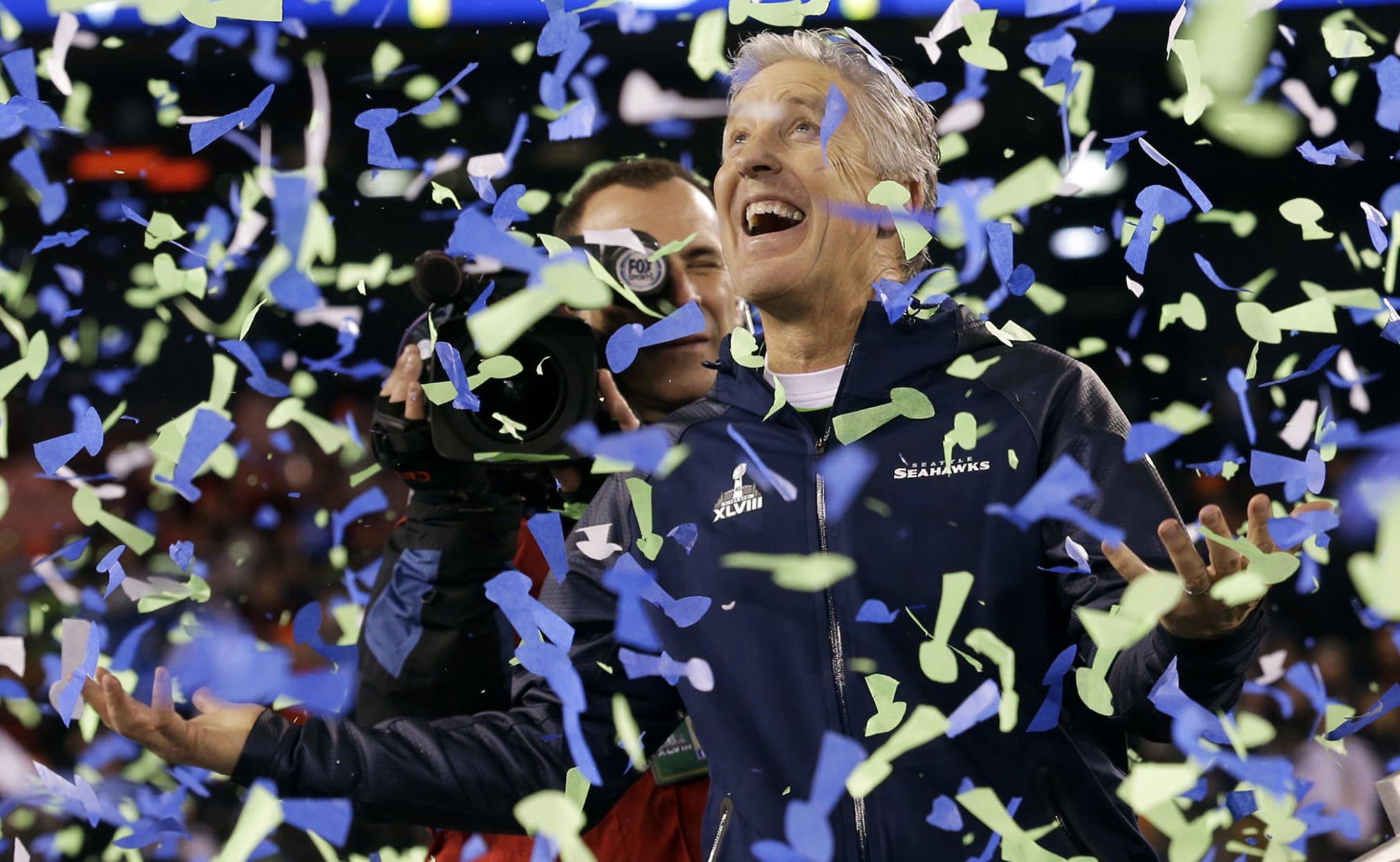 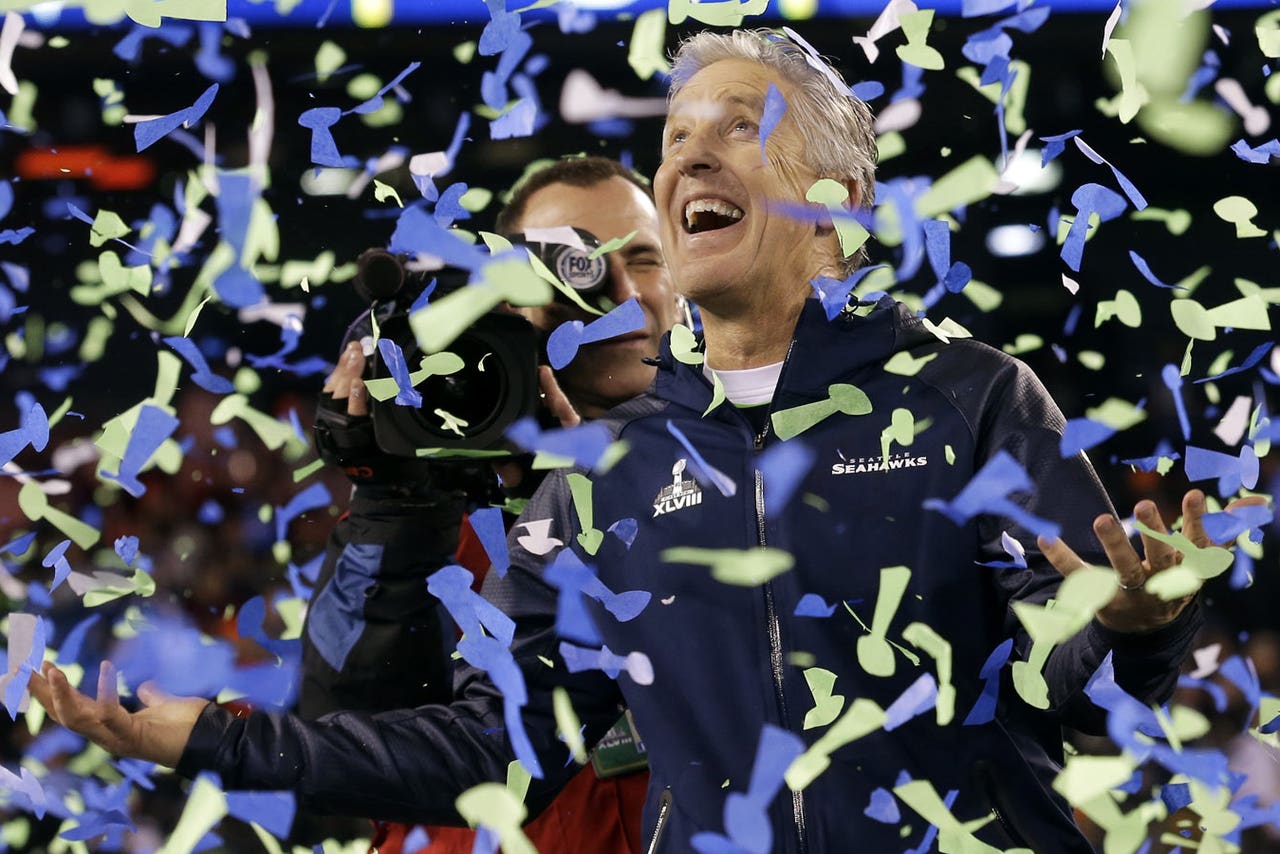 IRVING, Texas - There are varied reasons to watch the Super Bowl. For the public, it's a Bacchanalia, a chance to eat, drink and gamble. But for teams like the Dallas Cowboys that surely paid attention to Seattle 43, Denver 8, there is but one reason to observe:

We've often noted that this is a "copycat league," and that one bounce of a ball in a Super Bowl can create "The Butterfly Effect" â and next thing you know, league-wide strategies are shifted, men are hired and fired, billion-dollar alterations are made. And had the ball simply bounced the other way, strategies, people and billions would be shifted in an opposite way.

There is no need for the Cowboys to overreact to the results of Super Bowl XLVIII. The blowout doesn't mean the Broncos do everything wrong as an organization and it doesn't mean the Seahawks are suddenly without flaw and taking a first step toward dynastic dominance of the rest of the decade.

But tucked into the Seahawks' success -- and yes, in the Broncos' success, too -- are three steal-able and sound basics that Dallas can embrace.

1.) Be home-grown -- While quarterback Peyton Manning's free-agent move from the Colts to the Broncos is the most ballyhooed personnel acquisition either of these teams made, it's not an acquisition worth copying. Manning's post-surgery status was unique. Finding that caliber of player on the free-agency shelf is unique as well.

Yet it is right about at this time that Cowboys fans begin turning their attention to what free agents Dallas can sign. And historically, the Cowboys turn some of their attention there, too.

But the foundation of the Broncos and the Seahawks achieving excellence is not the headline-grabbing free-agent signing. The foundation comes from the arduous drudgery of draft research.

About half of both of these rosters are made up of draftees. The Seahawks offer a particular lesson here in how to be good (and, to be fair, how to be lucky, for drafting is hardly an exact science): Just on defense alone, they've gotten starters linebacker Bruce Irvin (2012) and safety Earl Thomas (2010) in recent first rounds. Later in drafts, Seattle got its two current starting cornerbacks in the fifth (Richard Sherman) and sixth (Byron Maxwell) rounds. Linebacker KJ Wright was a fourth-rounder. Safety Kam Chancellor was a fifth-rounder. The Super Bowl MVP? That's linebacker Malcolm Smith, who was a seventh-rounder.

Top that off with a third-round starting QB in Russell Wilson and voila, you are talented and young. You have depth and it's affordable depth, so you beat the biggest enemy in football â the salary cap.

The Cowboys are fixing this. Recent drafts have been productive (even if the process under owner Jerry Jones seems convoluted). But they are still haunted by the 2007, 2008 and 2009 drafts that, in terms of the 2014 roster, figure to contribute just two players: Defensive back Orlando Scandrick and tackle Doug Free.

It's not completely fair to ignore undrafted free-agent signees in this process; quarterback Tony Romo, receiver Miles Austin and kicker Dan Bailey were signed by Dallas immediately following the seven-round NFL Draft, so they should count here as "eighth-round picks." But even with that, this area marks the great difference between Seattle's excellence and Dallas' mediocrity.

The focus needn't be on finding $50 million to sign another Brandon Carr. The focus needs to be on drafting players who, thanks to the rookie salary ceiling, count against the cap at a rate 1/100th of that number. Meanwhile, the organization needs to be careful to not ruin 15 months of scouting work supervised by Will McClay's staff with 15 minutes of ownership impulsiveness while on the draft-night clock.

2.) It's not the system, stupid -- The Cowboys have made coaching-staff changes they hope represent upgrades.

In doing so, they've left unchanged the offensive and defense schemes that are the foundations of the playbooks.

New passing-game coordinator Scott Linehan will call plays as an extension of head coach Jason Garrett's thinking. It's a proven way of doing business. (Though the retention of deposed playcaller Bill Callahan is an oddity.) Meanwhile, there is nothing inherently wrong with Dallas' overall offensive philosophy (which stems from Norv Turner's teachings and are part of the Don Coryell coaching tree).

Meanwhile, elevated defensive coordinator Rob Marinelli will continue to teach the 4-3 defense while last year's boss, Monte Kiffin, works alongside him. Again, there is nothing inherently wrong with the 4-3, or with the Tampa-2 concepts that are a part of it.

If the Seahawks suddenly shifted to a 3-4, they'd still be good.

If the Cowboys suddenly shifted back to the 3-4 they played a year ago, they'd still be... well, they'd be 8-8, as they were in each of the last two seasons despite the change in defensive systems.

Meaning... It's not the system, stupid.

So it is in Seattle. The Seahawks' home record in the last two years is 15-1. Their home record since opening up CenturyLink Field in 2002 is 68-30.

Maybe it's the "12th-Man" fan participation (a college concept bought and paid for courtesy of Texas A&M) or maybe it's the jet-laggy travel time for visiting clubs making their way to the Pacific Northwest. Oh, and certainly the quality of the football team is central to it.

But in a league of parity where every edge counts... the Seahawks have created a "pit" in Seattle.

Denver has done the same. The Broncos moved into Invesco Field at Mile High in 2001. From 2001 through 2005, Denver had a combined home record of 32-9 during the regular season, which included a perfect mark of 8-0 in 2005. In the last two years, the Broncos are 14-2 at home. And again, Broncos fans are traditionally of the "participatory" variety... something that can't always be said of Cowboys fans in the opulently cavernous AT&T Stadium.

So "atmosphere" isn't everything. But Seattle has that distance and Denver has that elevation and Dallas has... "SkyMirror"?