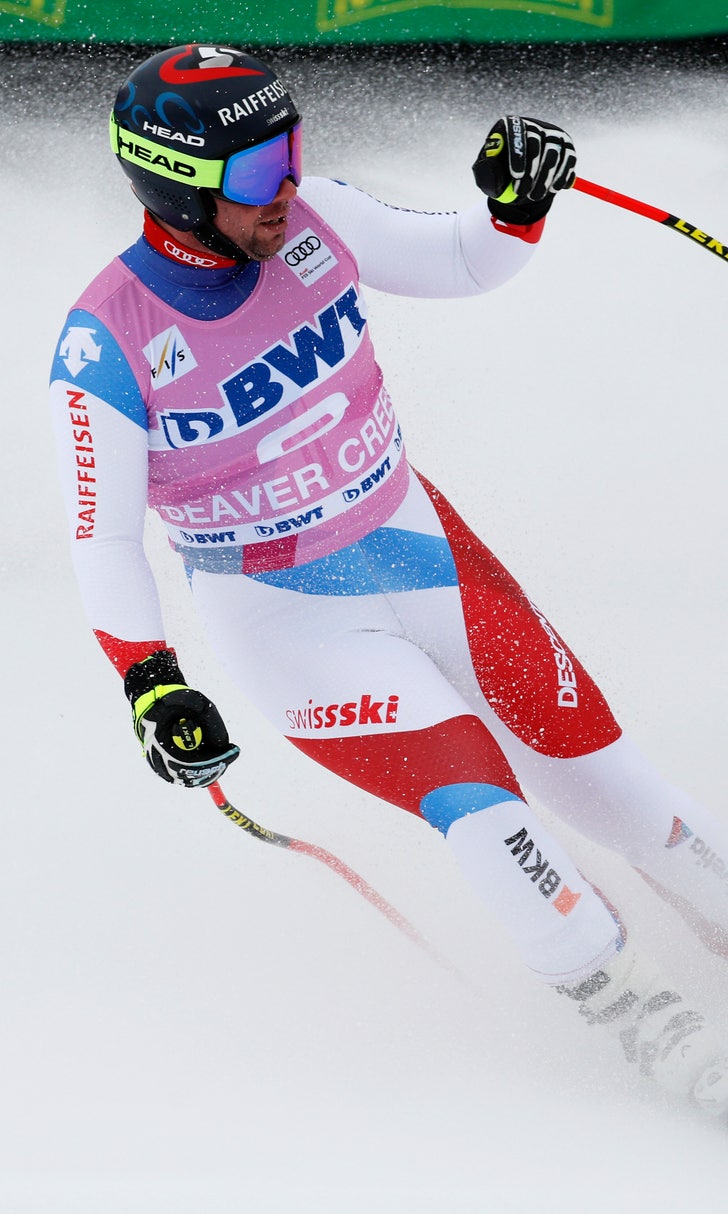 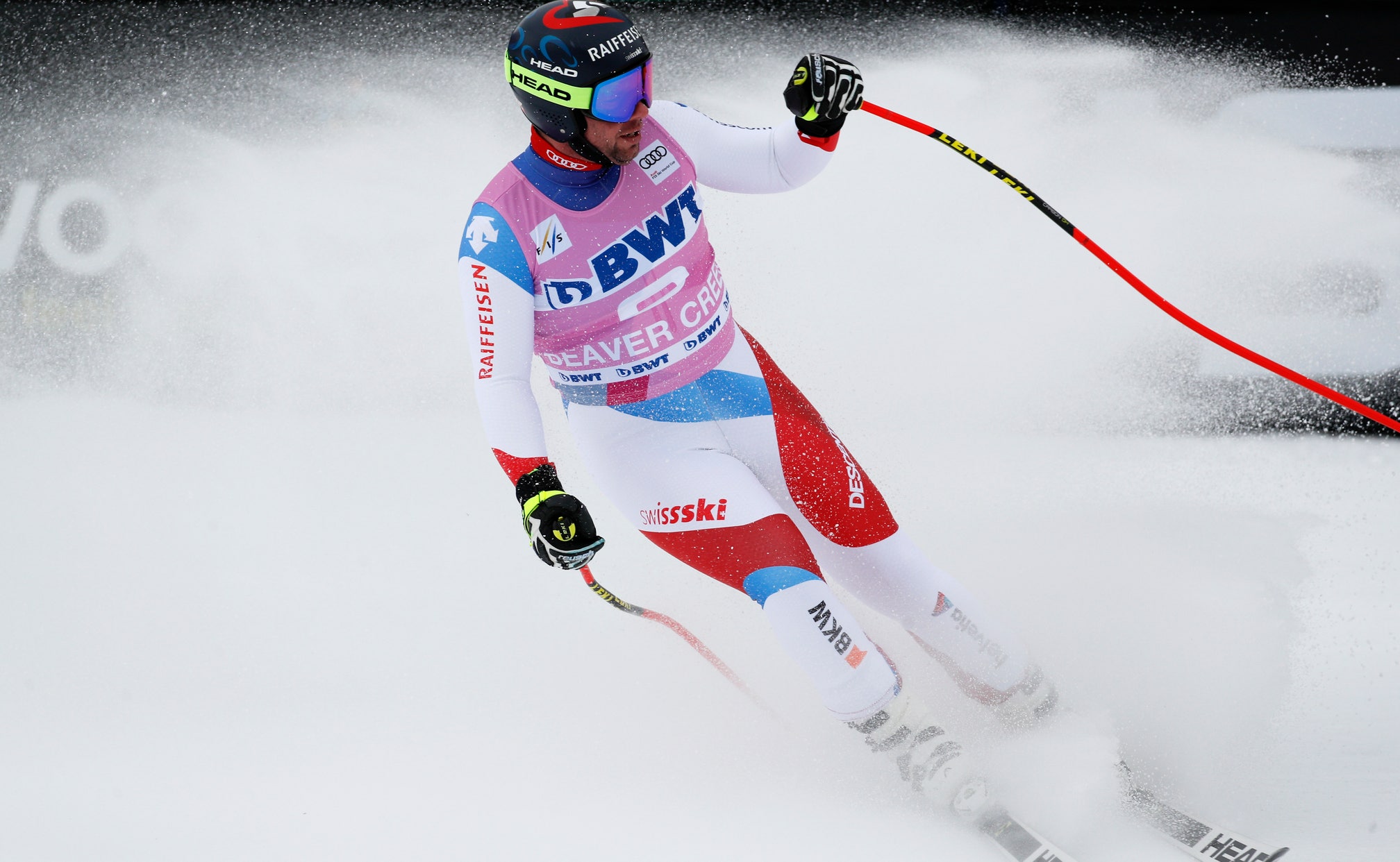 BEAVER CREEK, Colo. (AP) — For a second straight year, weather forced the relocation of the downhill start to a lower spot on the hill.

Not hard to forecast the favorite from there — Beat Feuz.

The Swiss racer won the Birds of Prey downhill event for the second straight season on a shortened course.

Going forward, he wouldn't mind if the competition started from that location every season.

“I know which line I have to choose,” Feuz said through a translator. ”That's why I'm fast."

Feuz was solid up top and nearly flawless the rest of the way to finish the World Cup race in 1 minute, 12.98 seconds on an overcast Saturday. Johan Clarey of France and Vincent Kriechmayr of Austria tied for second. The start was lowered on the hill due to strong wind.

A year ago, it was lowered because of falling snow and visibility.

The 38-year-old Clarey turned in quite a performance as the 19th racer of the day to tie Kriechmayr. His result pushed 39-year-old Hannes Reichelt of Austria off the podium.

"It's bad that I didn't reach the podium here, because maybe it's the last time here," said Reichelt, who was 0.02 seconds away from a podium position.

Clarey has been racing in Beaver Creek since 2003. This was his first podium finish at the venue.

“I've been waiting for this for all my career,” he said. “(The hill) is one of my favorites for sure."

It's the second straight day the Swiss have won at Beaver Creek. Marco Odermatt captured the super-G title Friday.

So, just why does Feuz race so well on this course?

"Why is he so good on all courses?" Reichelt responded. "It's amazing that he is always — and it doesn't matter on which slope — in the top five."

Keep up with Feuz is a good gauge for success. Feuz has won the World Cup downhill title the past two seasons.

Feuz was tied for third in the first downhill of the season in Lake Louise, Alberta, last weekend. That race was won by Thomas Dressen of Germany. Dressen didn't have a clean run Saturday and was 19th. More than anything, this was a week for Dressen to make peace with the Birds of Prey course after he crashed last season and tore the ACL in his right knee.

American Ryan Cochran-Siegle was the fastest in a downhill training run earlier in the week. He showed that speed Saturday by finishing sixth for his best World Cup finish.

“Kind of just pure happiness and joy,” said Cochran-Siegle, whose best World Cup result before this weekend was 10th place. “I wasn't planning on being fast in the first training run. After winning that, I felt like there was a little bit more of a spotlight. I was trying to just handle it and showing that I can perform on race day. I think that's pretty huge.”

The current leaderboard for the overall race looks likes this: Matthias Mayer of Austria in the lead, Kriechmayr second and Italy's Dominik Paris in third.

Not that Paris is giving the competition much thought. Not yet anyway.

"It's a lot of races," said Paris, who was 11th Saturday. "You have to be very lucky — no injuries, no problems, healthy and everything is good for the races. Then, we'll see."

The absence of Hirscher is still sinking in on the circuit. The second giant slalom of the season will be Sunday and on a hill where Hirscher won three World Cup GS races.

"It's a new chapter," said Swiss racer Carlo Janka, who's planning to skip GS competitions this season due to a balky back. “It's really open now among all the guys. They can win. It makes it fun to watch.”