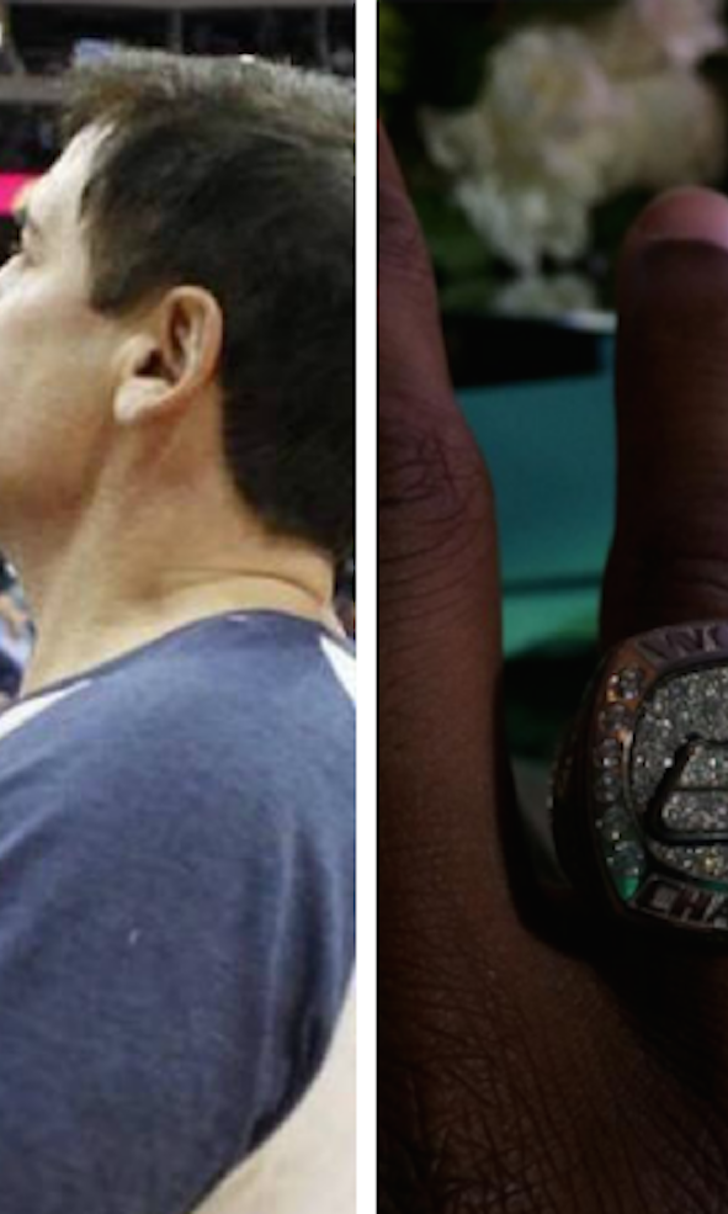 The 22 greatest sports tweets of all time Happy birthday to Twitter, which celebrates its 10th year of existence on Monday.

1. Carmelo Anthony responds to a guy who spewed expletives at him and called him a disappointment

3. Spencer Lanning is a punter, not a tackler

@__Kingsleyy5 I didn't ask for your glazed donut face ass to root for me anyway!!!!

4. DeMarcus Cousins filed one away and fired back at Clay Travis when the calendar called for it

5. Patrick Peterson got paid, but Richard Sherman had already collected the jewelry

When did this happen?!? pic.twitter.com/SzU9wDVx23

6. After hanging 38 points on Dallas, Kobe responds to Mavs owner Mark Cuban’s earlier suggestion that the Lakers should use the amnesty provision on Bryant

Today's the day!! Let's all show him some love!! @ClayTravisBGID http://t.co/t54K0tC6Pn

7. A prophetic note from Conor McGregor two weeks before his fight against Jose Aldo at UFC 194

Can't ever be too mad lmao... pic.twitter.com/ZHA28B9Tji

8. Life as a Cleveland Browns fan, as recorded by a Browns fan

Wake up Jose. It's all over. pic.twitter.com/3QAKqWfiAE

10. English soccer player Dele Alli has a thought on business

11. About the accommodations at the Olympic Winter Games in Sochi...

12. After getting annihilated on a punt return, Baylor kicker Chris Callahan speaks

13. Michigan backup point guard Spike Albrecht caught fire from behind the arc in the 2013 NCAA National Championship game, and he made the most of the spotlight

People have asked me what surprised me the most here in Sochi. It's this. Without question ... it's ... THIS. pic.twitter.com/1jj05FNdCP

The reception of our hotel in #Sochi has no floor. But it does have this welcoming picture. pic.twitter.com/8isdoBuytl

I am alive. It has been a great season. I am proud to be a Baylor Bear. #SicEm

15. After a controversial brawl between Los Angeles and San Diego in which Dodgers pitcher Zack Greinke suffered a broken collarbone

@KateUpton hey saw you at the game last night, thanks for coming out! Hope to see you again ?

See you on Monday in Los Angeles: pic.twitter.com/y2E5e4TBzq

18. The Los Angeles Kings throw a grenade at the Devils before the 2012 Stanley Cup Finals

My right nipple comes out of my tank top almost every pitch, so I place it back inside. https://t.co/7hXWtKwltE

I am the proud father of a gay son. In his honor, I will not be attending the CFP committee meeting in Indy this week. #EmbraceDiversity

22. Relatively well-known Mets fan Jerry Seinfeld with the perfect summation for what proved to be one of the best-ever trade deadline acquisitions

Think of me and look up to the sky and say what would Swaggy Do, and go from there https://t.co/st9DGRAlWG

That's all I gotta say......@rihanna repping the @Sixers and my jersey number #EMB11D ( got this from JD) pic.twitter.com/QVsqP7SvGs

Oh my god. @Mets
I can't believe I can actually say this, but is it true that there is now
"A Cespedis for the rest of us"?#mets#T7L