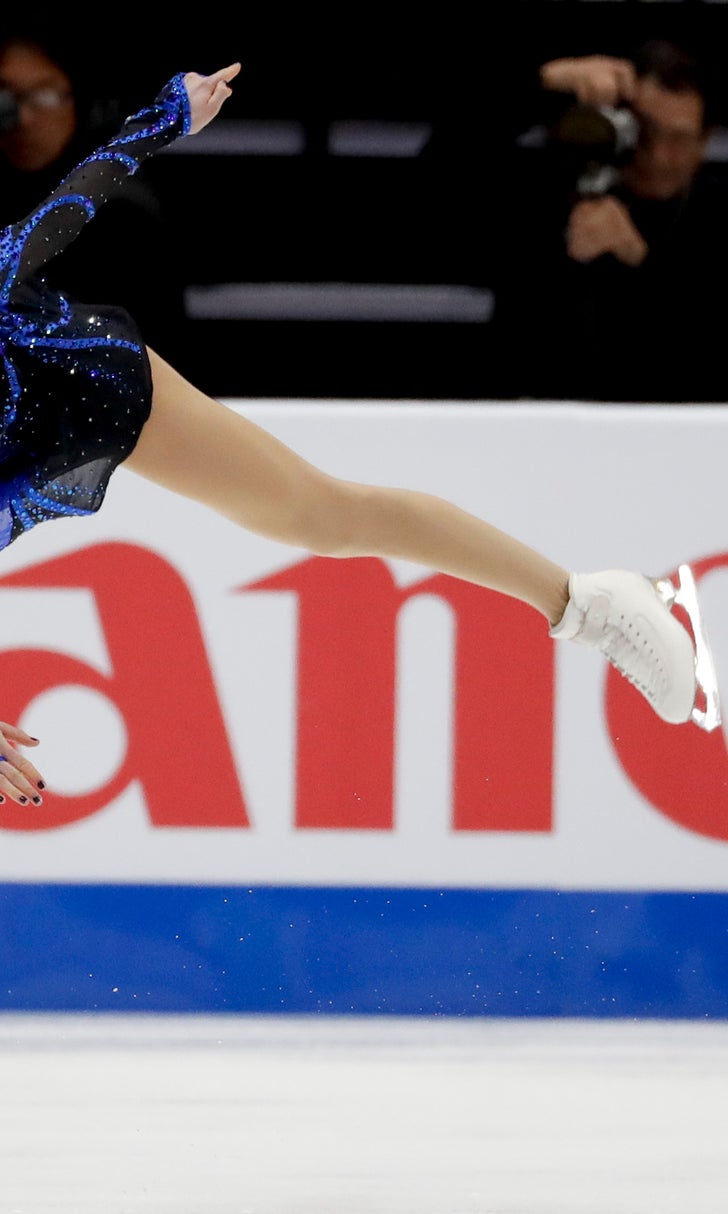 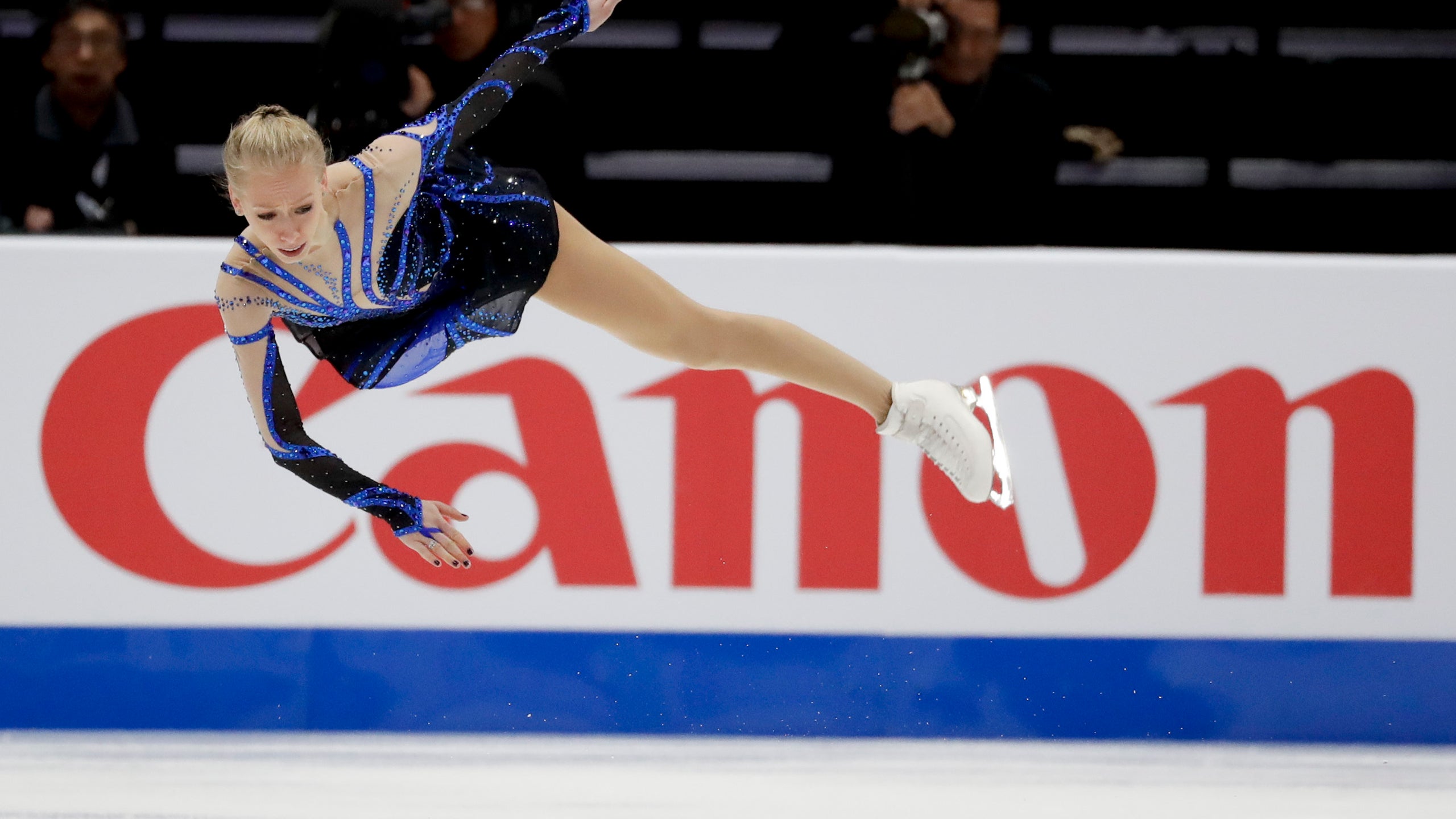 ANAHEIM, Calif. (AP) — Americans haven't swept the men's and ladies' divisions at the Four Continents Figure Skating Championships since 2007. They are in good position to end that drought after Thursday's short programs.

Vincent Zhou and Bradie Tennell had sharp, clean skates and are both in the lead for the first time in an international competition.

"This is a good experience. It does add some pressure, but regardless of my position, my approach to the free skate should remain the same," Zhou said.

Zhou, who was second at the U.S. Figure Skating Championship in Detroit two weeks ago, earned a personal-best score of 100.19 and led South Korea's Junhwan Cha by nearly three points (97.33). China's Boyang Jin, the defending champion, is third with 92.17 points.

Tennell and Mariah Bell are representing America well in a competition where the Japanese ladies' were expected to dominate. Tennell has a narrow lead over defending champion Kaori Sakamoto of Japan going into Friday night's free skate. Bell isn't far behind in third place.

"I ignore all the hype before I skate," Tennell said. "I think it is great to have two American ladies in the top three. Being in the lead doesn't change what I have to do. It's not a big thing over my head."

Zhou — a 2018 Olympian — has had problems this season under rotating on his quad jump attempt. He executed both in this program, including one that was in combination. He earned 19.48 points on a quad lutz-triple toe loop combination and then completed a quad salchow for 11.64 points.

"The process of working on jumps was not easy, but I'm getting the results I desire. Today I felt more confident than before," Zhou said.

Cha has been gaining momentum after taking bronze earlier this season in the Grand Prix Final. He said he is battling a foot injury, and his goal for the competition coming in was to not risk further injury.

Jin trails after failing to complete a quad lutz on his opening jump. He said the performance wasn't ideal, but he is planning four quad jumps in Saturday night's free skate.

Reigning national and world champion Nathan Chen is not competing in this event, which he won in 2017. Jason Brown — who took the bronze in last year's Four Continents — is seventh after he under rotated and slipped on a triple axel attempt and Tomoki Hiwatashi is ninth.

Tennell — who also competed in the Pyeongchang Games — had her best short program in an international competition with a score of 73.91, which is two points higher than what she had at Golden Spin this season.

That puts her narrowly ahead of Sakamoto, who scored 73.36. Both skated well, but Tennell's program had a higher base value in executed elements. Tennell opened with a triple lutz-triple toe loop combination that earned 11.53 points.

"There are things I have to improve upon, but I feel like I performed very well, I'm extremely happy with how I did," Tennell said.

Tennell — who is trying to become the first American to win at Four Continents since Polina Edmunds in 2015 — also led after the short program at the U.S. Figure Skating Championships in Detroit two weeks ago. She finished second behind 13-year-old Alysa Liu after stepping out of a triple loop in a combination early in her free skate. She also fell attempting a triple lutz.

Sakamoto, who won Japan's national championship, started her program with a triple flip-triple toe loop combination that earned 11.32 points. She said she struggled on her layback spin, blaming that for her second-place standing.

Bell, the only U.S. women's skater at the event with Four Continents experience, had a score of 70.02. Bell trains nearby in Lakewood and gained a lot of confidence early in the program when she executed her triple lutz-triple toe loop combination for 11.20 points.

"I think it was better today, it felt like it had better flow and it was better than the ones I did in the Grand Prix series this past fall," Bell said.

South Korea's Eunsoo Lim, who trains in California at the same club as Bell, is fourth. Japan's Rika Kihira was considered the favorite coming into the competition but is fifth after she failed to land her triple axel. Japan's Mai Mihara, the 2017 Four Continents champion, is eighth after double footing the landing on her triple lutz-triple toe loop combination.

Ting Cui of the United State is seventh in her first major senior competition.

NOTES: Liu, who became the youngest national champion two weeks ago, is too young to compete in international competitions. She did skate in Thursday night's opening ceremony.