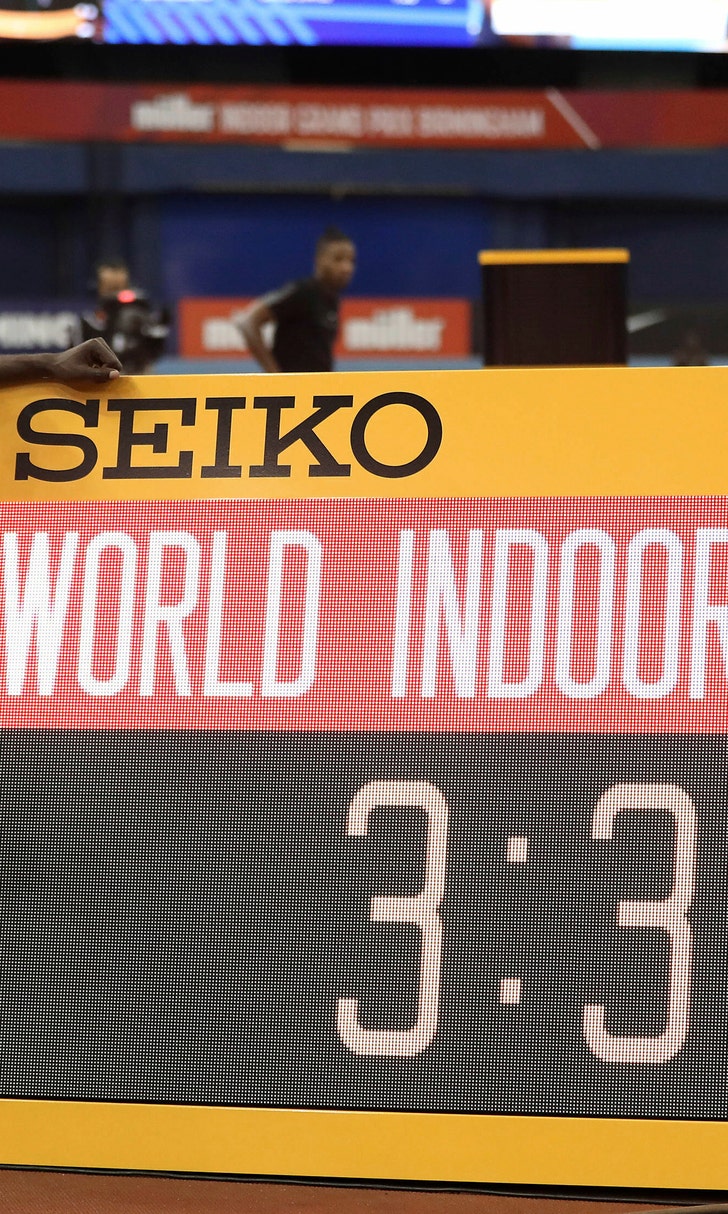 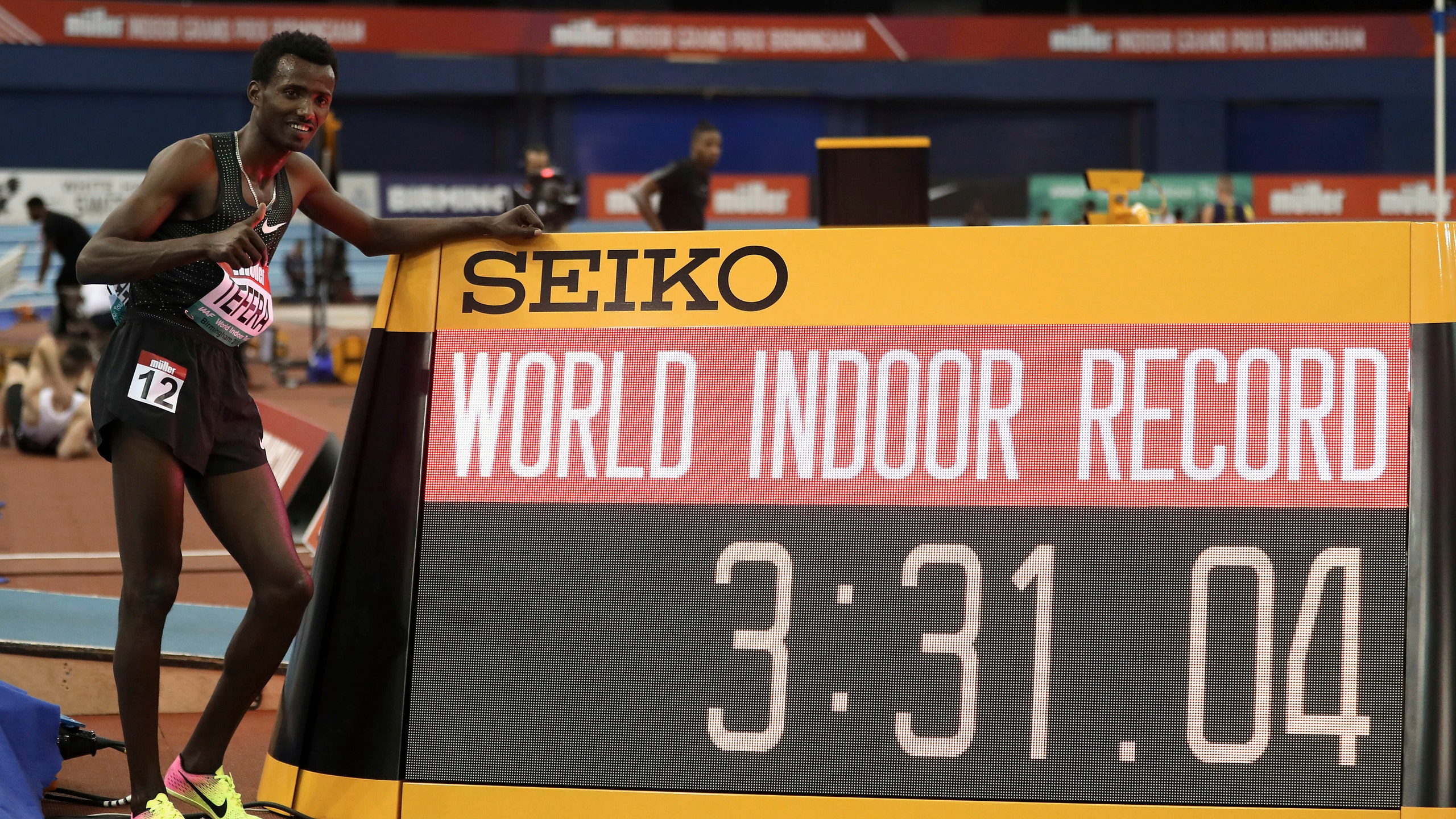 The 19-year-old Tefera, who won the indoor world title in the distance in Birmingham last year, went past countryman Yomif Kejelcha as the duo entered the final bend and had the stronger finish to win by 0.54 seconds.

"I can't believe that," Tefera said. "I'm delighted with the outcome and to have the world record is a special feeling."

Kejelcha had said before the meet that he was aiming to break the record, after coming within 0.01 seconds of setting a new world mark in the indoor mile last week at the Millrose Games.

Britain's Laura Muir also pleased the home crowd by beating the national women's indoor record in the mile, which had stood since 1988.

Muir finished in 4 minutes, 18.75 seconds, shaving more than 5 seconds off the old mark set by Kirsty Wade 31 years ago. It was the third fastest indoor mile of all time by a woman.

"To run one of the fastest runs ever, a British record and a win in your final race before the (European) championships is perfect," Muir said.