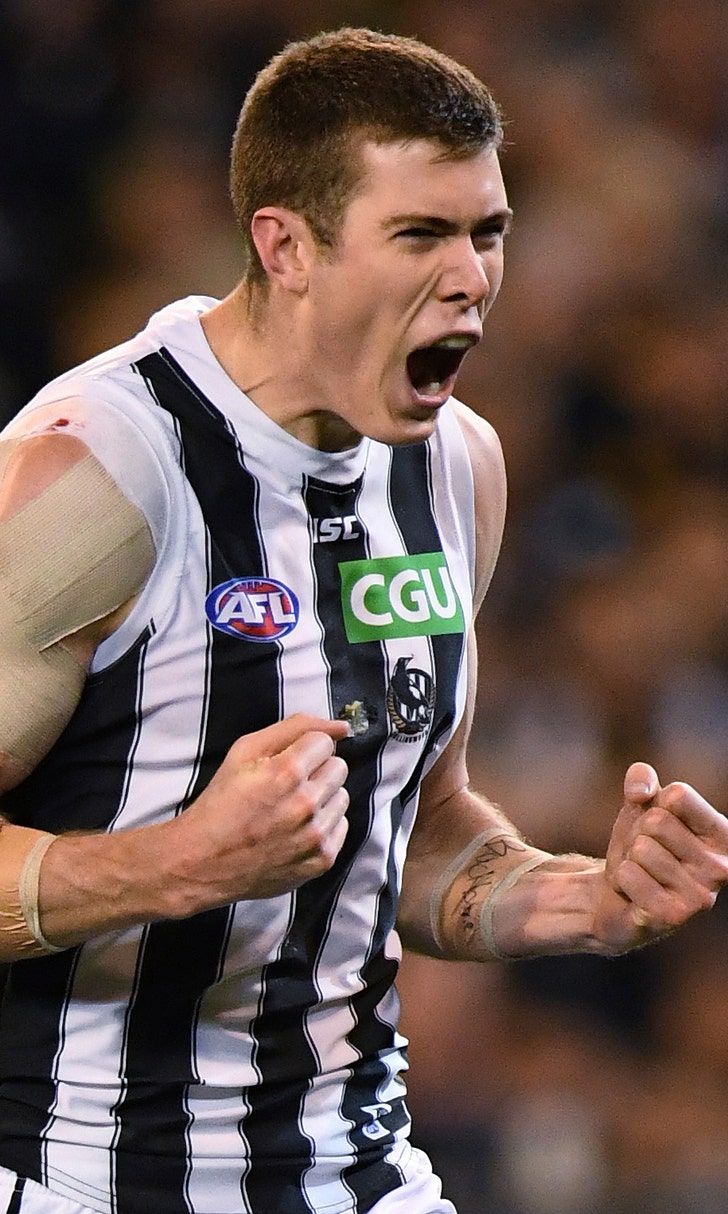 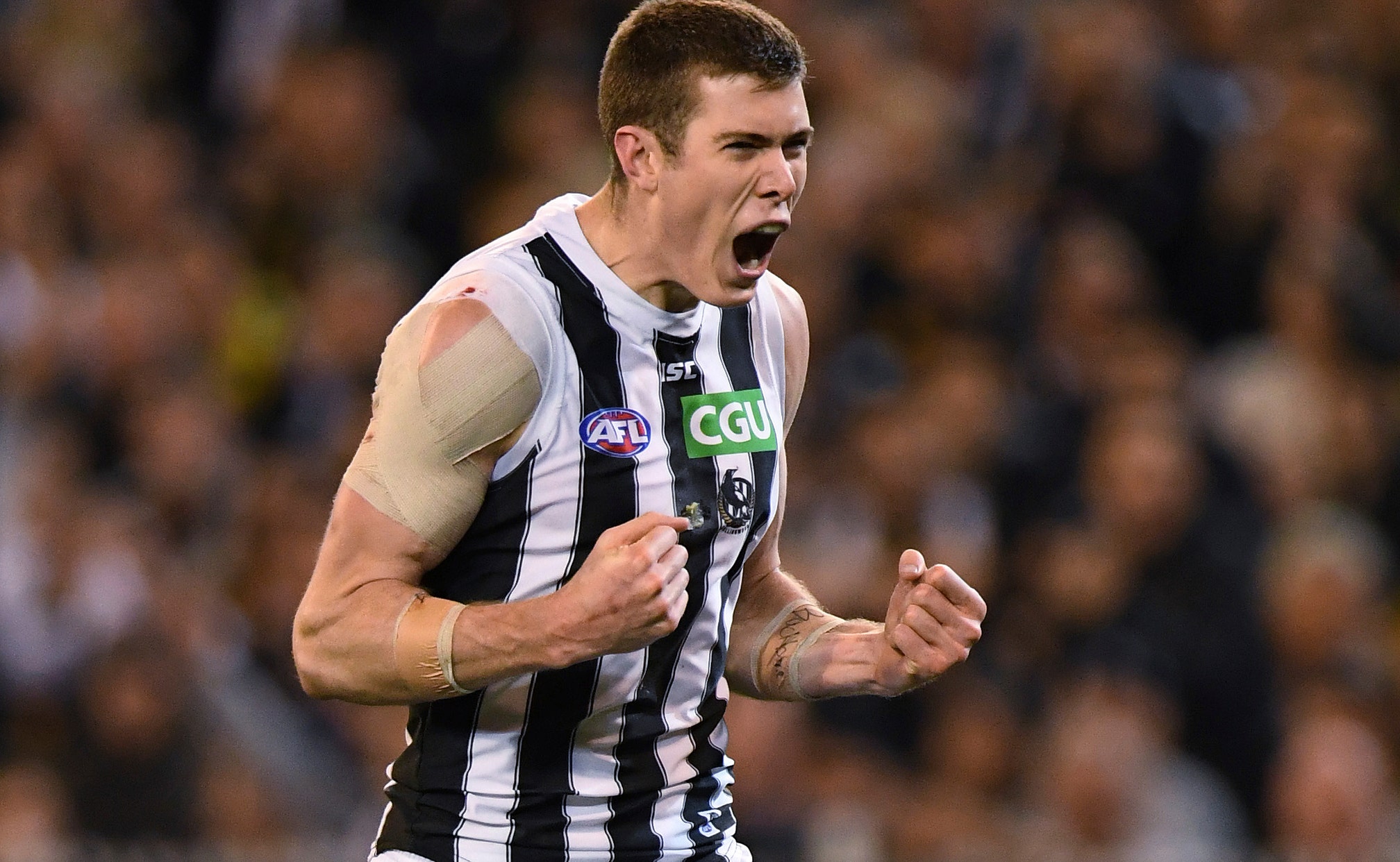 The Collingwood Magpies are on their way to the Australian Football League's championship match, thanks in part to a tall Texan nicknamed American Pie.

Mason Cox, a 6-foot, 11-inch (2.12-meter) ruckman, kicked three goals in the second quarter — the first player to achieve that feat at the senior level of Australian Rules football this season — to help the Magpies beat the defending champion Richmond Tigers 15.7 (97) to 8.10 (58).

In next Saturday's grand final, Collingwood will play the West Coast Eagles, who dominated their semifinal at their home stadium in Perth to beat the Melbourne Demons 18.13 (121) to 7.13 (55).

The 27-year-old Cox, from the Dallas suburb of Highland Village, had his parents, Jeanette and Phil, among the crowd of 94,959 at the Melbourne Cricket Ground to watch his 43rd — and most outstanding — AFL game.

They were rewarded with chants of "USA, USA" when Cox went on his scoring spree five minutes into the second quarter that helped increase Collingwood's lead from 23 to 42 points. A goal is worth six points in Australian Rules football.

After one of his goals, the gum-chewing Cox glanced, or perhaps glared, over at Richmond captain Trent Cotchin.

"I just kind of looked at him after I kicked it to make sure he knew," Cox told Australian Associated Press after the match. "I don't know what he said but we're good friends ... I don't have any problem with him. I just thought it was funny.

"If I'm kicking three goals on him I want to let him know. He's a Brownlow Medallist (the league's most valuable player) ... he's got a better career than I'll ever have. I jumped on him so I just wanted to make sure he knew I made a statement on him."

"Mason Cox was outstanding, the way he led at the ball," Hardwick said. "His height was important, but his strength is when he leads at the ball. He played a wonderful game, I thought he was BOG (best on ground) — an American, BOG. He was a star tonight."

A story on the AFL website was equally complimentary: "Bigger than Texas: The Moment That Mason Rips Richmond Apart."

Cox played high school soccer and then some basketball at Oklahoma State University, where he graduated with an engineering degree in 2014.

He attended an AFL international combine camp in Los Angeles in April 2014, was invited to a second camp a month later in Australia, and was signed by Collingwood soon after.

He played in Collingwood's reserve team for the 2015 season before making his Magpies' debut on April 25, 2016, kicking the game's first goal after 80 seconds. He is under contract with Collingwood until 2020.

Cox told AAP that he was pleased to have his family among the huge crowd at the MCG on Friday. They also plan to be there for the Super Bowl-like grand final, when more than 100,000 spectators are expected to cram the same Melbourne stadium where the Black Eyed Peas are headlining the halftime entertainment.

"It's just awesome to have my family experience this with me," he said. "This AFL thing is a bit crazy for the whole family and for them to be here for games like this and to experience it ... it's something that we never pictured in my life. We're just enjoying it and taking in every aspect of it."