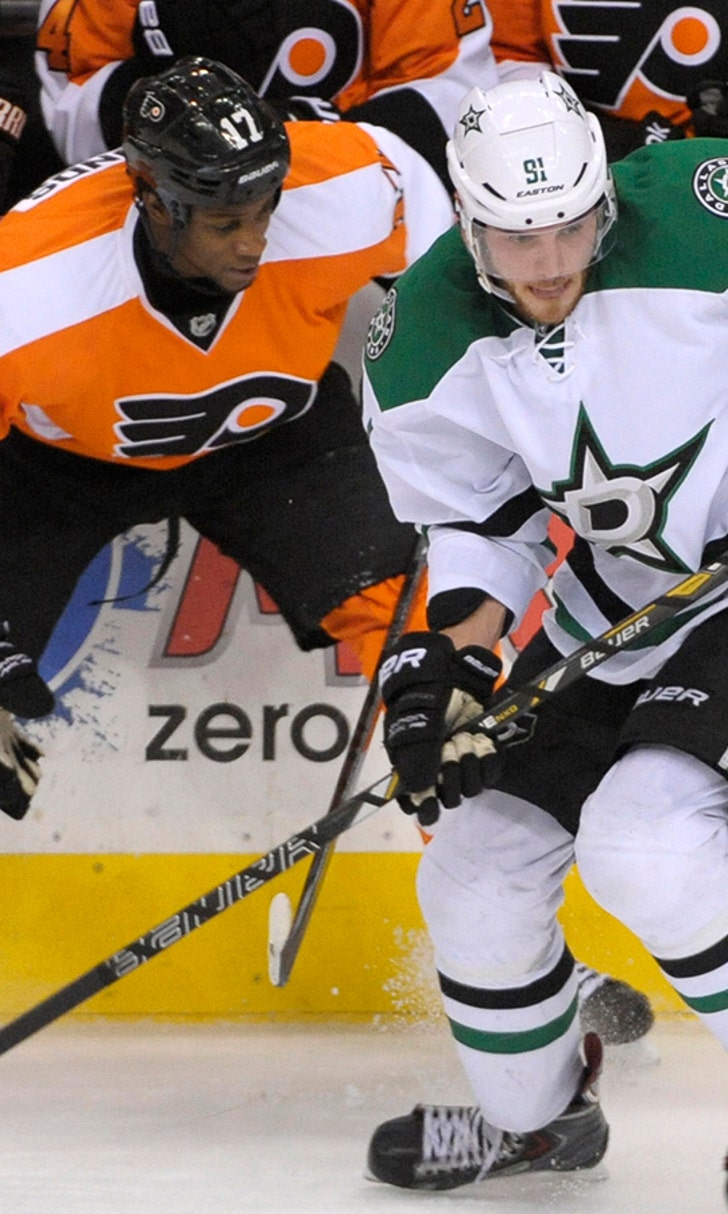 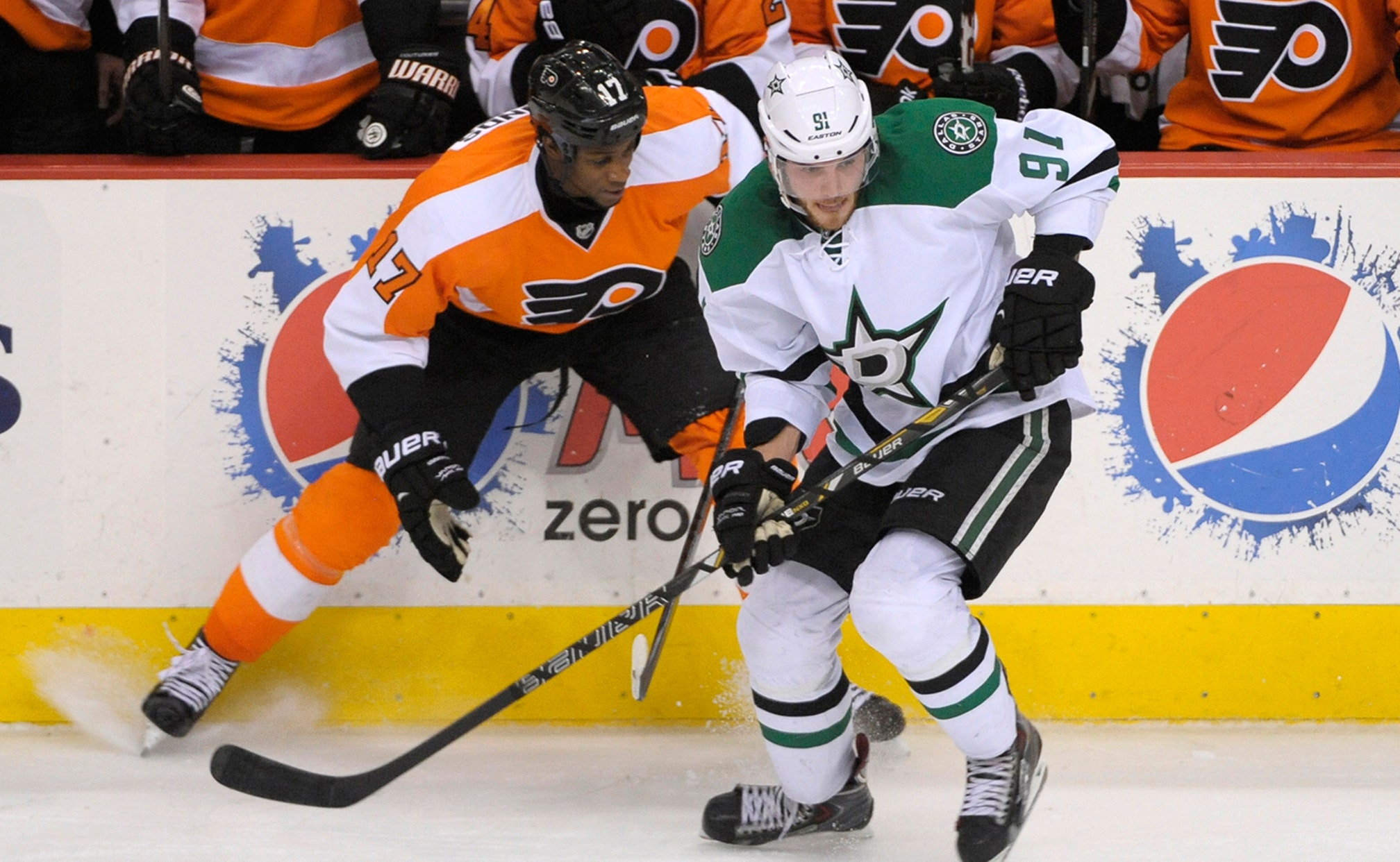 Mark Streit and Michael Raffl also scored for Philadelphia, which improved to 11-2-1 in its last 14 games while maintaining its hold on second place in the Metropolitan Division.

Jamie Benn scored twice for Dallas, which lost its fourth straight. The Stars began the day two points behind Phoenix for the final wild-card spot in the Western Conference.

Simmonds scored his second of the game with 7:39 left to put Philadelphia ahead 3-1. After skating across the blue line, Simmonds fired a wrist shot that beat Tim Thomas to the stick side.

Just 30 seconds later, Benn scored his second of the contest by finishing a rebound from in front of the crease after Tyler Seguin's shot followed a poor Philadelphia turnover in its own end. It was the 29th goal of the season for Benn, who has points in eight of his last nine games.

Raffl provided some insurance for Philadelphia by beating Thomas with a backhander on a breakaway with 3:12 to play.

The Flyers took a 2-0 lead after one period. Streit opened the scoring with 9:37 left in the first when he beat Thomas to the glove side with a one-timed slap shot from the top of the left circle.

Simmonds scored on a rebound on the power play just under three minutes later to put Philadelphia in front 2-0. Jakub Voracek's shot from the blue line first hit the right post, then the back of Thomas' leg and then the left post before deflecting in front to a wide-open Simmonds, who easily finished from lose range.

After Steve Mason stopped Alex Chiasson and Benn on a 5-on-3 power play with 8 minutes remaining in the second period, Benn got the Stars on the board with 7:12 left in the period on a 5-on-4 advantage by beating Mason through the five-hole from right in front of the goal to pull Dallas within 2-1. It was the first power-play goal allowed by the Flyers in their last 20 penalty kills.

NOTES: Dallas lost for the fourth straight time in Philadelphia, with the Stars' last victory a 4-1 win on Dec. 1, 2007. ... Mason returned to the goal after getting a break in Tuesday's 3-2 overtime win over Chicago when backup Ray Emery made 23 saves. Mason had started eight straight games prior to Tuesday. ... The Stars won the only other matchup this season when Seguin got a natural hat trick in a 5-1 win on Dec. 7 in Dallas.