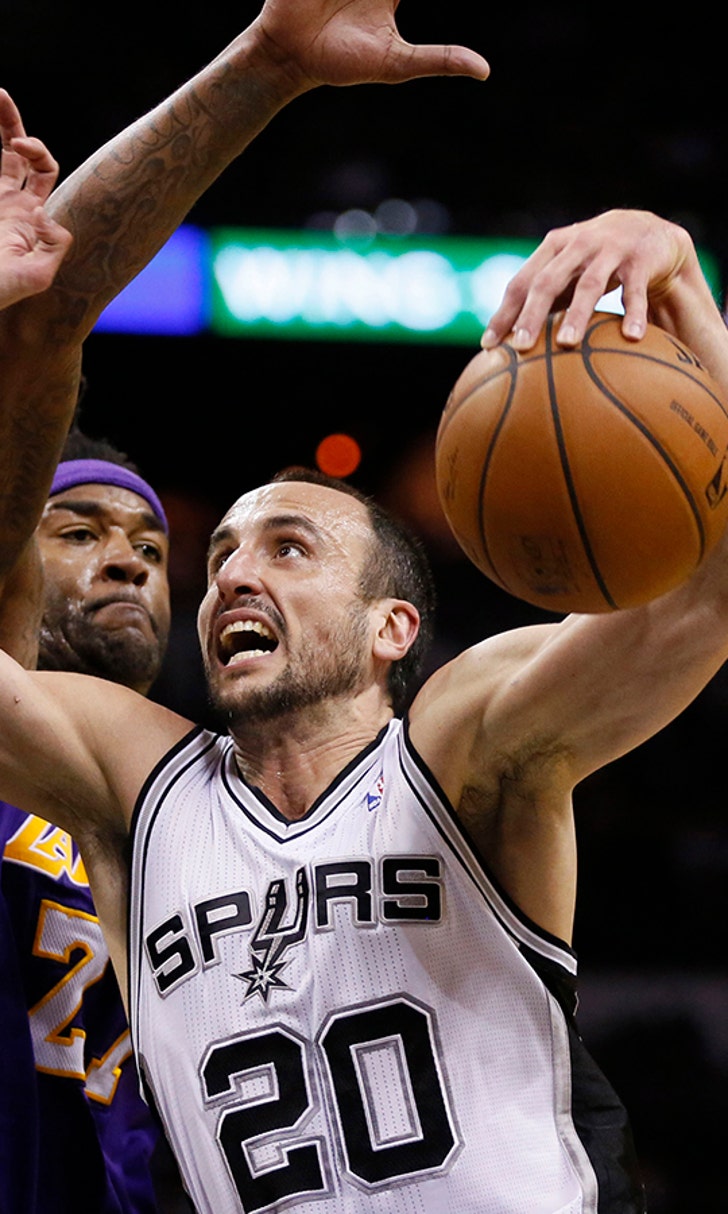 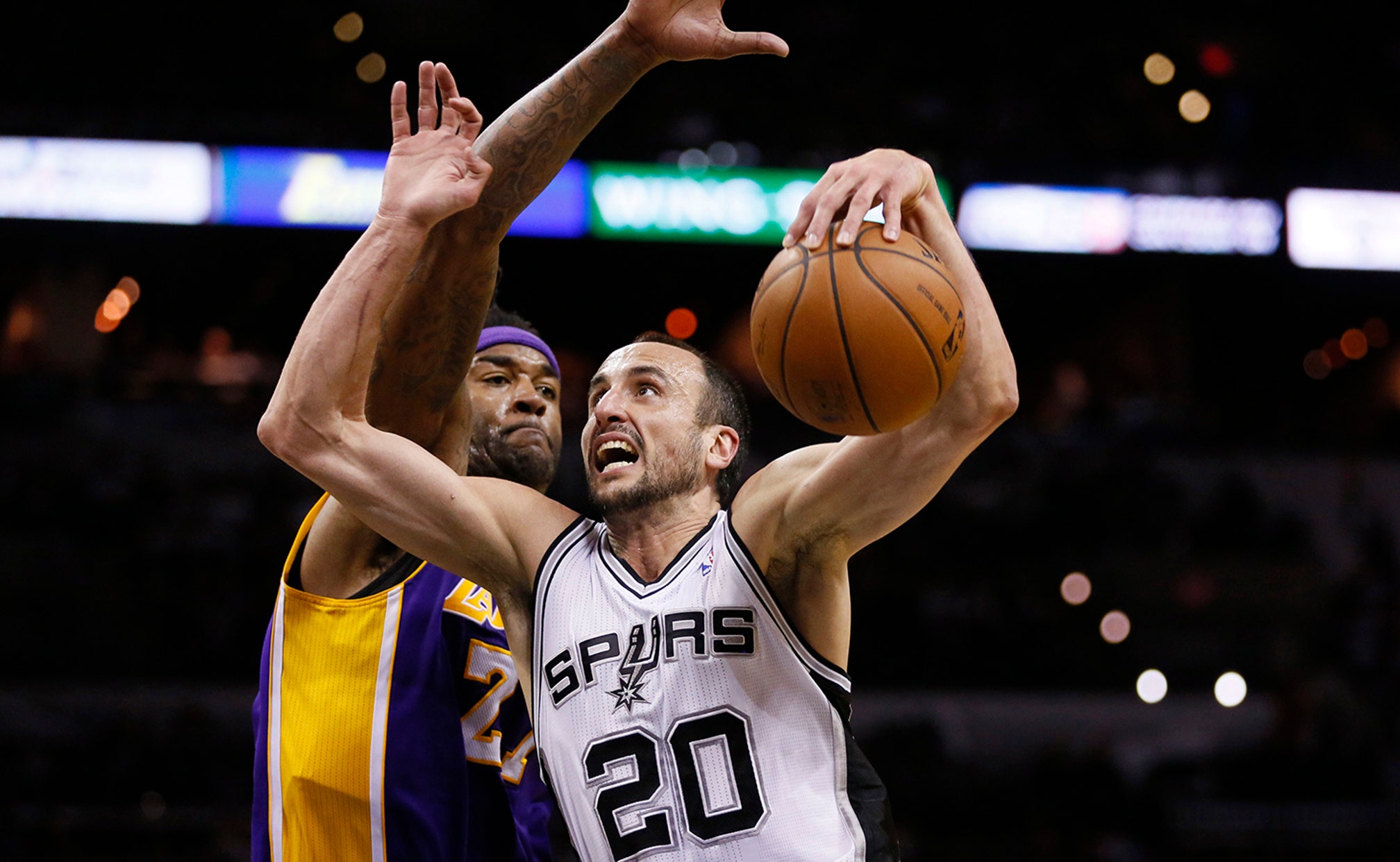 SAN ANTONIO (AP) -- The San Antonio Spurs and Los Angeles Lakers have vastly different reasons to be glad the regular season is over.

San Antonio can focus on possible redemption after losing a heartbreaking seven-game series to the Miami Heat in the NBA finals.

Los Angeles can salve its wounds and begin regrouping after an abysmal season for the storied franchise.

Jordan Hill had 18 points and 14 rebounds and the Lakers closed their worst season since they moved to Los Angeles with a 113-100 victory over the Spurs on Wednesday night.

"At this point we're just happy we got our win," Lakers center Robert Sacre said. "I'm going to miss a lot of guys, whoever comes back or if I'm not here, who knows."

Kawhi Leonard had 14 points to lead San Antonio, which will make its 17th straight postseason appearance after clinching the West's top seed for the third time in four years.

"We're impressed, but it doesn't matter," Leonard said. "We're trying to win a championship. We're the No. 1 seed, but the playoffs are coming up. (The regular season is) behind us."

The Spurs open the playoffs Sunday against the Dallas, which lost 106-105 in overtime to Memphis on Wednesday.

The postseason preparation began as soon as the game ended, with San Antonio coach Gregg Popovich rushing through a 15-second interview to catch the end of the Grizzlies-Mavericks game.

"We had a good regular season and now the postseason," Popovich said. "It starts at noon on Sunday; and we'll see who it is. Two teams that are playing right now, so I'm going to go watch them. You guys take care."

San Antonio (62-19) had an opportunity to match its best record, but no Spurs played more than 27 minutes to rest in preparation for defense of their conference title. Austin Daye had 13 points in 14 minutes and Tiago Splitter, Tony Parker and Cory Joseph had 12 points apiece.

Spurs veterans Tim Duncan and Marco Belinelli both sat out the game for rest.

After a rash of injuries early, the Spurs are healthy heading into the postseason, unlike last year when Parker and Manu Ginobili were battling injuries.

"Well of course, last year it was tough," Ginobili said. "I missed the last two weeks of the competition, I think, before the first game of the playoffs. It was an awkward end of the season. This year, I'm much better. The whole team is in a much better situation. It doesn't mean anything. It's just what it is."

Los Angeles (27-55) battled injuries throughout this season, losing franchise cornerstone Kobe Bryant (fractured left knee) early in the season and suffering through injuries to Steve Nash, Pau Gasol and many others.

The Lakers are expected to look dramatically different next season after finishing with their worst record since moving to Los Angeles. Coach Mike D'Antoni and Gasol are among those whose futures with the team are in question after the Lakers missed the postseason for just the third time since 1977.

When asked if he was glad this season was over, D'Antoni admitted he was.

"To a certain extent," D'Antoni said. "Still, it's about relationships and coaching and how you bond together, you hate that comes to an end."

The Lakers closed with a flourish by this season's standards, winning their final two games.

"That's just been us all year," Young said, "not to give up or go through the motions. We try to go out there and play our hearts out and get a victory. Instead of losing tonight, we felt we wanted to win and it does feel better."

San Antonio was listless throughout much of the game, but its 9-for-28 start had more to do with missing open shots than Los Angeles' defense. The Spurs were 10 for 29 on 3s, having numerous shots bound off the side of the rim.

Hill flourished with Duncan out of the lineup, dunking twice and having a tip follow while going 3 for 5 to open the game.

NOTES: Duncan missed seven games this season with all but one for rest. The exception was when he sat out the team's second game of the season, a victory over the Lakers on Nov. 1, with a bruised chest. ... Nash (nerve root irritation) worked out before the game, but did not play. ... San Antonio Stars guard Kayla McBride, the No. 3 overall pick in Tuesday's WNBA draft, was introduced during the opening quarter.