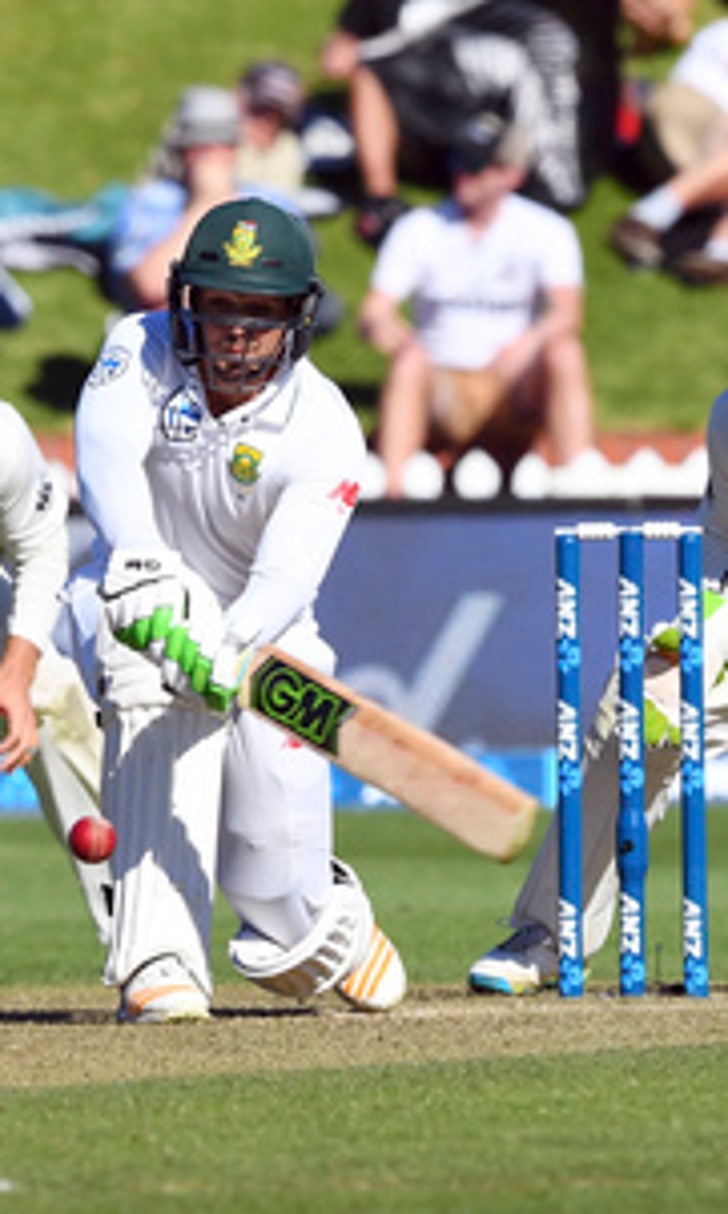 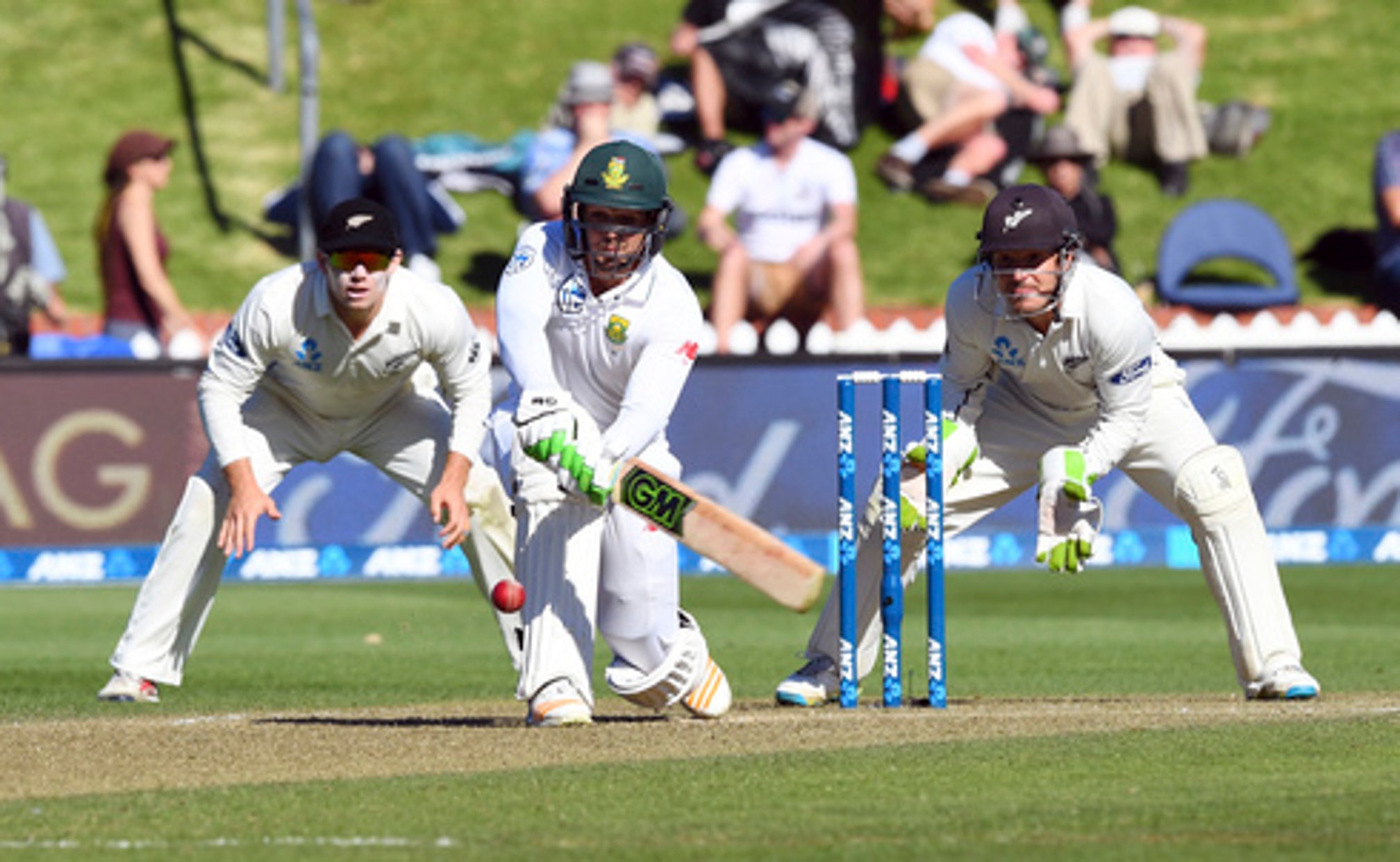 WELLINGTON, New Zealand (AP) Quinton de Kock made 91 and Temba Bavuma 89 in contrasting innings and a 160-run partnership which drove South Africa to an invaluable 81-run lead over New Zealand Friday on the second day of the second cricket test.

Replying to New Zealand's first innings of 268, De Kock and Bavuma swung the balance of the match when they guided South Africa from 94-6 to 254-7 in a partnership which spanned the entire second session.

They played the Proteas to the brink of an unlikely first innings lead, before Vernon Philander and Morne Morkel combined in a valuable 47-run partnership for the last wicket, still unbroken at stumps, which enhanced South Africa's lead in a match and series which has teetered on a knife's edge.

The Proteas ended the day at 349-9 with Philander 36 not out and Morkel 31, approaching his highest test score of 40.

The initiative in the match switched from New Zealand to South Africa during a second session dominated by De Kock and Bavuma.

De Kock played the aggressive role, compiling his 91 runs from 118 balls with 10 fours and three sixes while Bavuma was more circumspect. His innings began before de Kock and ended after him, lasting amost four hours and including nine boundaries.

Together the pair was able to break the grip New Zealand's bowlers held on the match after taking four wickets in the first session, reducing South Africa from 24-2 at the resumption to 104-6 at lunch.

De Kock and Rabada dug in and defied New Zealand for most of the next three hours. The second session was the first in the series to yield no wickets, and came after 16 wickets tumbled in the first four sessions in Wellington.

Those catches, the first cleanly taken and the second juggled, extended the form slumps of Duminy and Amla.

The wickets which had come so plentifully in the first session dried up after lunch. De Kock and Bavada applied themselves resolutely, and batting became easier on a Basin Reserve pitch which dried and lost its early menace.

''I reckon it was a bit of a see-saw day,'' Wagner said. ''Obviously, they played really well.

''I thought we started well this morning, created chances and bowled pretty well and if we had a few things go our way we could have been in a better position.

''Credit to them, they played really well and the wicket's flattened out a lot.''

There was still enough life in the wicket late in the day for Southee to strike Morkel a heavy blow on the helmet. The tall paceman quickly recovered to continue his innings and, with each run, to play South Africa into a more commanding position.

New Zealand
share story
those were the latest stories
Want to see more?
View All Stories
Fox Sports™ and © 2020 Fox Media LLC and Fox Sports Interactive Media, LLC. All rights reserved. Use of this website (including any and all parts and components) constitutes your acceptance of these Terms of Use and Updated Privacy Policy. Advertising Choices. Do Not Sell my Personal Info