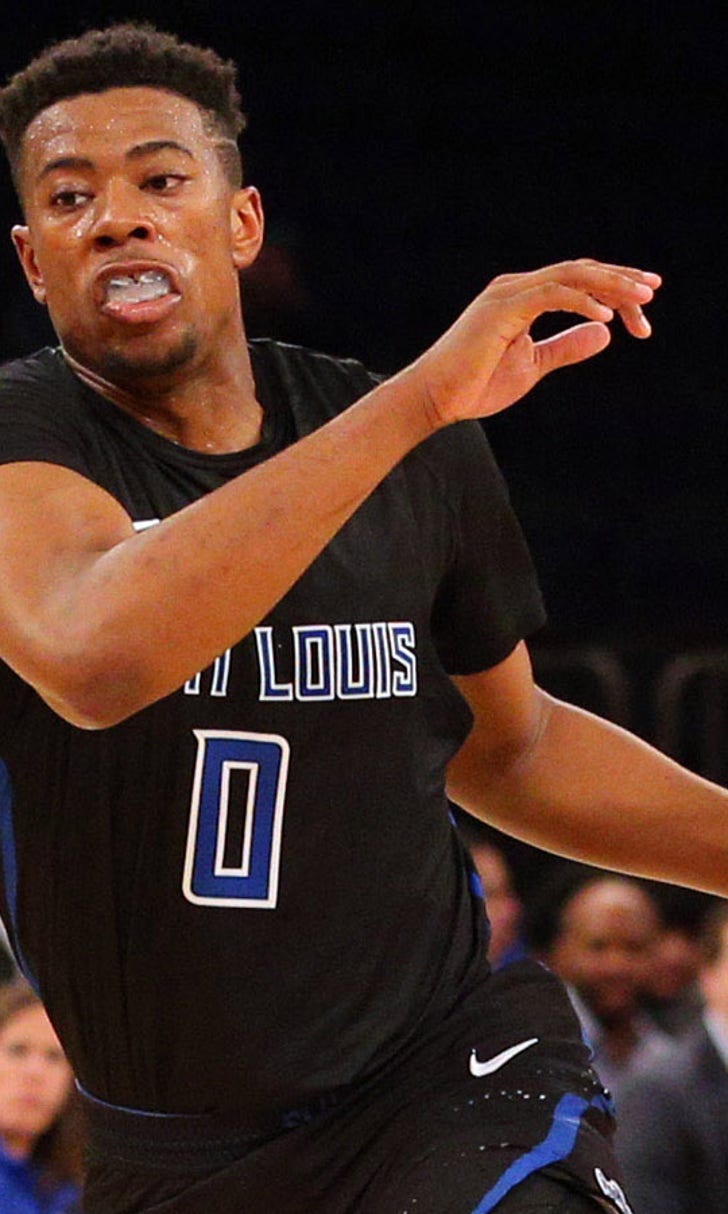 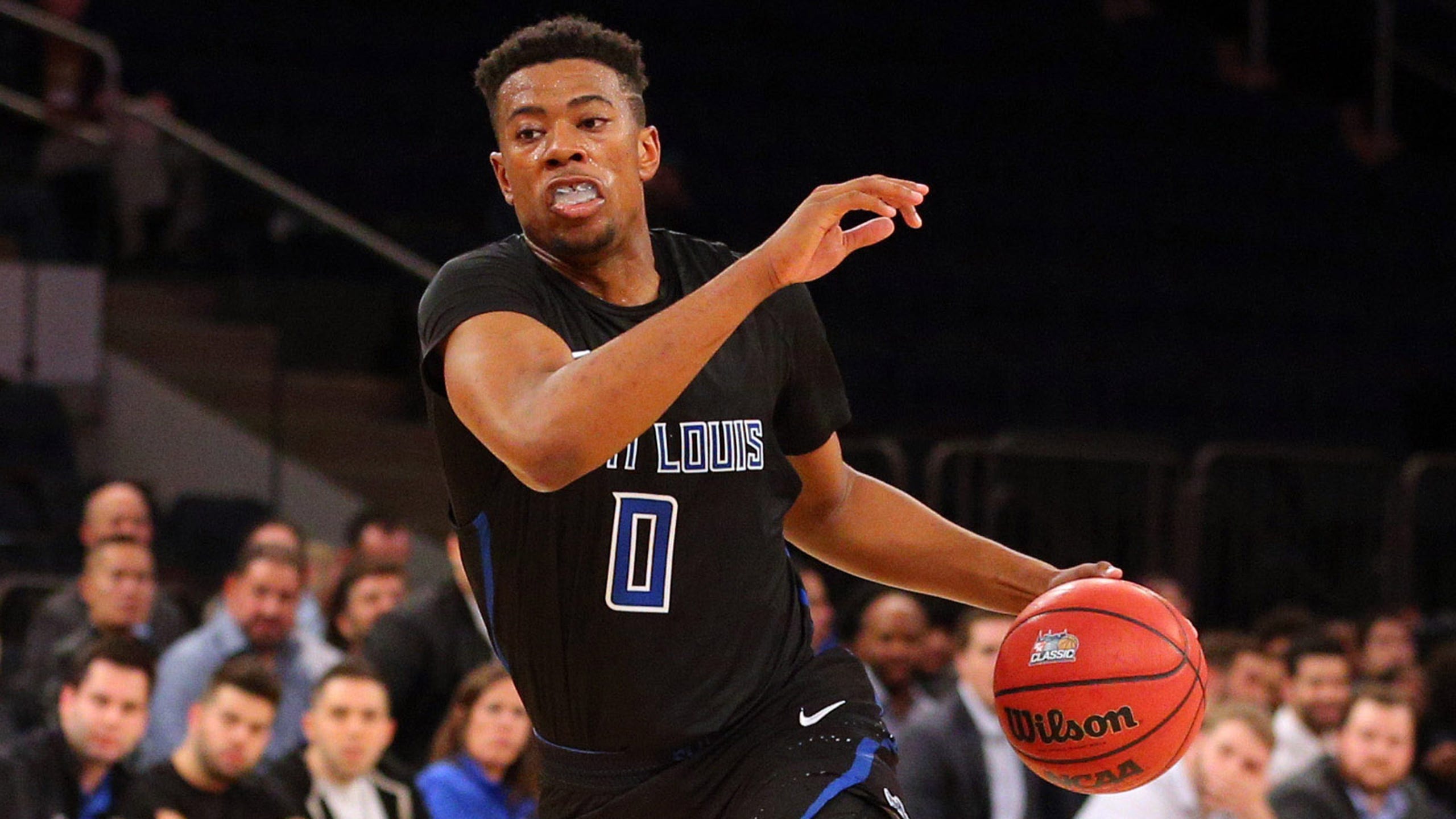 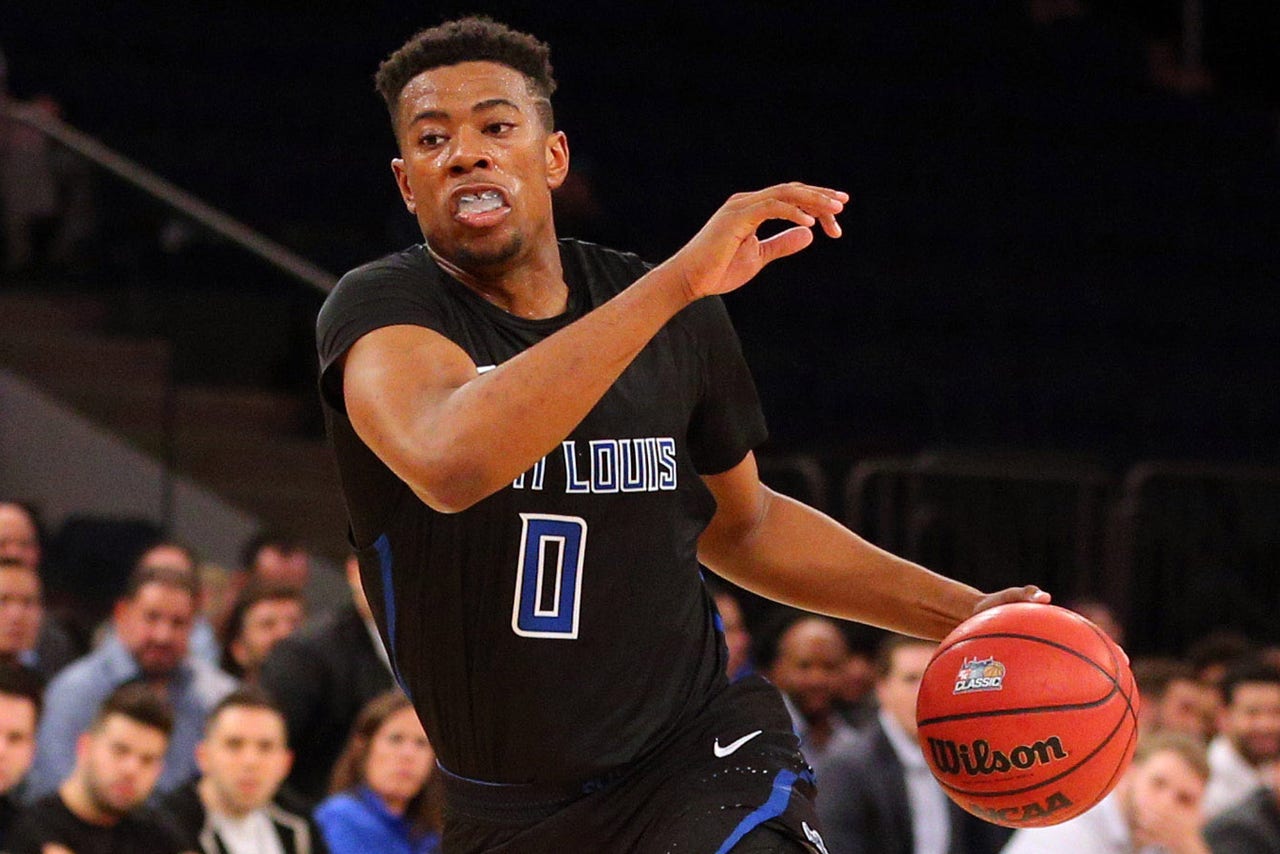 Jordan Goodwin (pictured in a game last season) scored a team-high 17 points in the Billikens' loss to Rhode Island on Saturday.

Downton, who was 7 of 9 from the floor, drove for his first basket with 13:56 left in the first half to give the Rams an 8-6 lead. He followed with two straight jumpers as Rhode Island led 12-6. The Rams never trailed again and took a 24-20 lead into the break.

Saint Louis tied it at 39-39 after Jordan Goodwin completed a 3-point play. Martin responded with a layup to put the Rams back in front. Rhode Island pushed its advantage to 52-43 after Martin drained a trey and Fatts Russell added a jump shot with 3:36 remaining.

Rhode Island Rams
share story
those were the latest stories
Want to see more?
View All Stories
Fox Sports™ and © 2021 Fox Media LLC and Fox Sports Interactive Media, LLC. All rights reserved. Use of this website (including any and all parts and components) constitutes your acceptance of these Terms of Use and Updated Privacy Policy. Advertising Choices. Do Not Sell my Personal Info