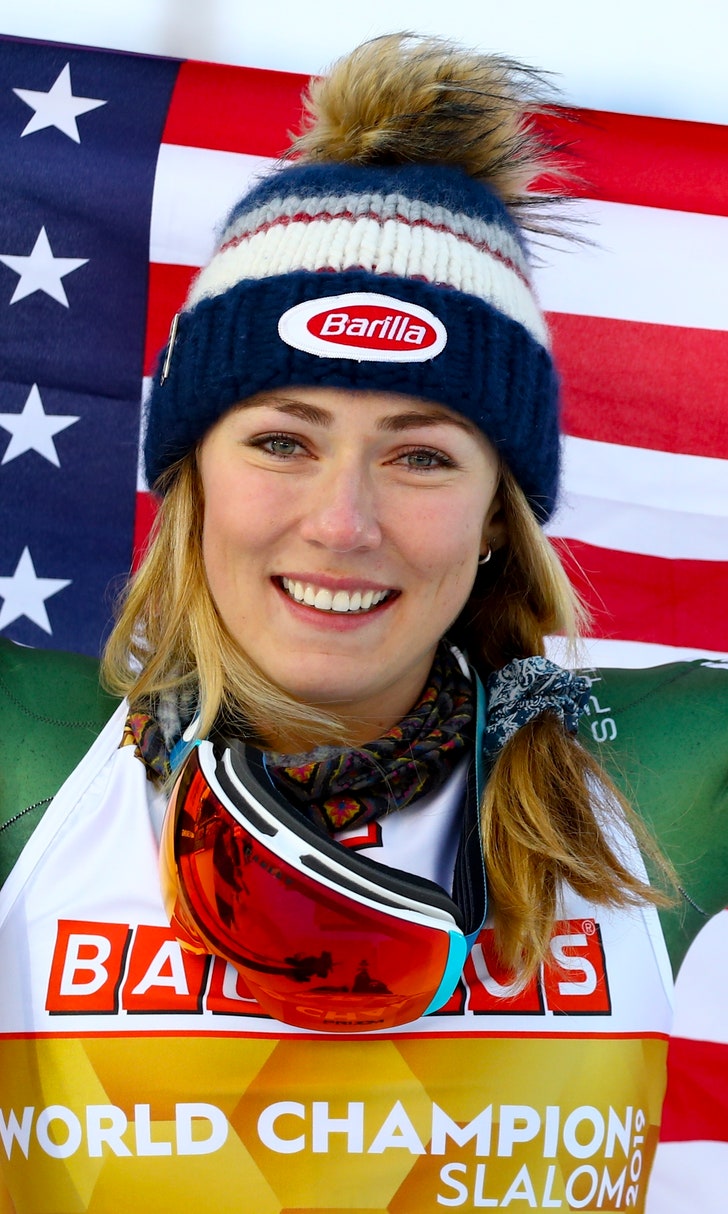 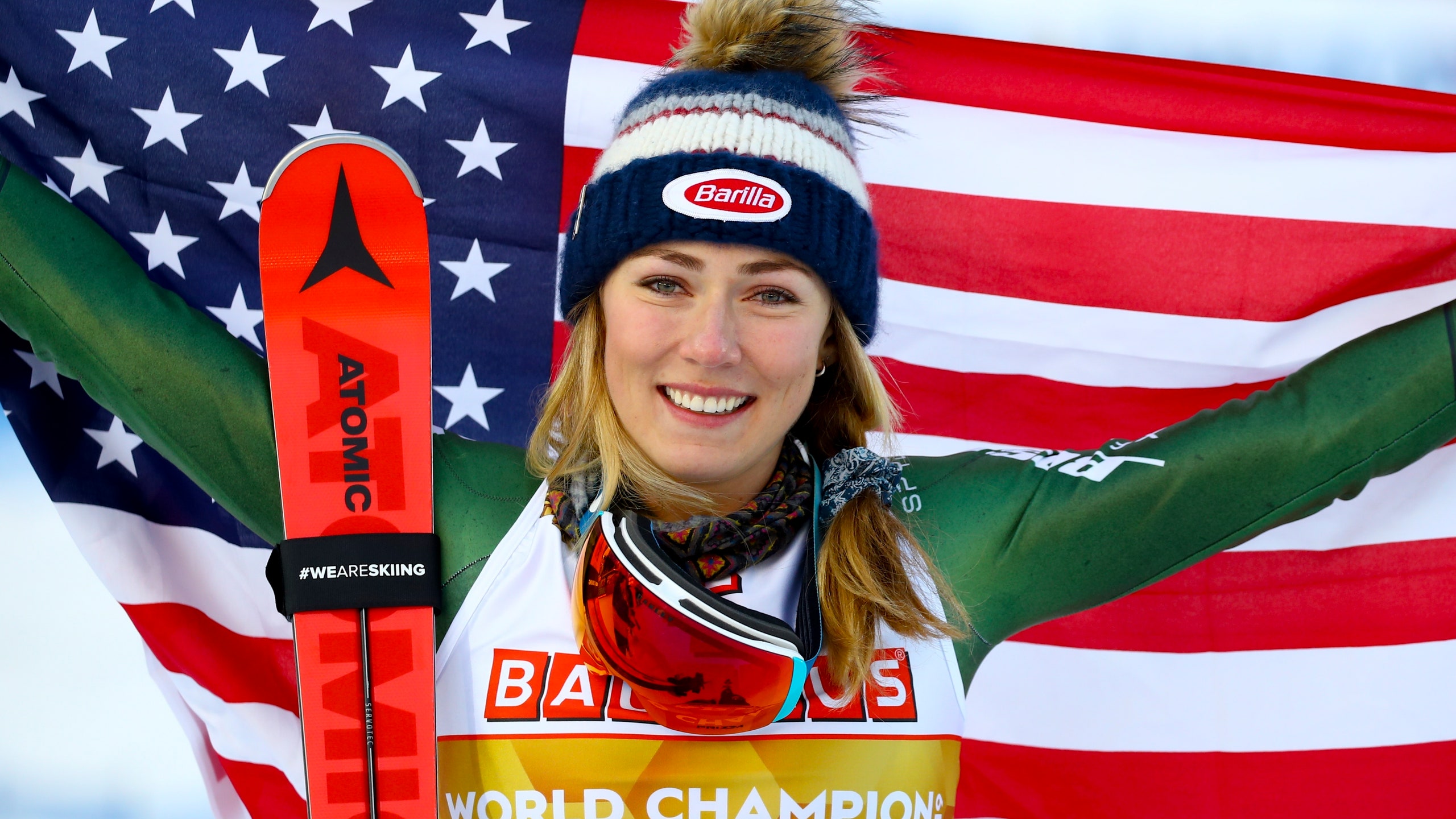 Shiffrin prevails despite distractions over her choices

ARE, Sweden (AP) — Maybe Alpine skiing won't be so lost without Lindsey Vonn and Aksel Lund Svindal after all.

One week after Vonn and Svindal retired by claiming medals in their final races, Mikaela Shiffrin and Marcel Hirscher both showed true grit by fighting through debilitating sickness to claim the slalom titles at the world championships that everyone expected them to win.

"As we say in the country we come from, 'Long live the king' and there will be a new one," said International Ski Federation secretary general Sarah Lewis, who is British. "There is no question that Marcel Hirscher is wearing that loud and proud at the moment, and Mikaela Shiffrin as well."

Shiffrin and Hirscher are both on course to become the most successful skiers ever in their respective genders.

Vonn retired with 82 wins , the best among women and four short of the overall record of 86 held by Swedish great Ingemar Stenmark.

Svindal left with two overall titles and 13 medals at Olympics and worlds.

Shiffrin also won the super-G — her first major title in a speed event — and bronze in giant slalom.

Still, it was a challenging championships for Shiffrin after Vonn and Bode Miller, her childhood idols, questioned her decision to skip the Alpine combined — an event she would have been the overwhelming favorite to win. Shiffrin then didn't show up at Vonn's retirement race.

There were also accusations from the coaching staff of Slovakian rival Petra Vlhova that they were denied a chance to train with Shiffrin when many of the slalom specialists went over to Trysil, Norway, midway through worlds — even though it's common for top skiers to practice side by side.

When Vlhova won the giant slalom and Shiffrin claimed the slalom, the pair of racers embraced both times and appeared to exchange heartfelt words.

"In two weeks of time a lot of stuff can happen. It's life. Life happens," Shiffrin said. "There's a lot of things that happened. It's just too many things to explain to everybody right now. It would take much too long. But in the moments that it counted, my team and I were able to focus on the true task and the reason we're here. That's something special."

Vlhova would not reveal what she and Shiffrin said to each other.

"It's crazy, everybody is asking me what I say to Mikaela. It's between us, so it's secret," Vlhova said with a smile.

Add Ted Ligety, the only other American skier besides Shiffrin to win five world titles, to the list of U.S. greats urging Shiffrin to do more and be less calculating with her decisions.

"I understand that need or desire to take some time away but I always felt like you got to strike while the iron is hot," Ligety told The Associated Press. "If you asked me in 2015 if I would only win one more World Cup I would have laughed in your face. You blow out your knee, then you throw your back a couple times and you have back surgery and next thing you know you're struggling to stay in it."

Ligety, who was unbeatable in giant slalom for a long stretch of his career, has achieved only one podium result in the last three seasons while he's been slowed by injuries. But back in 2013 when he was at the height of his powers, Ligety swept gold in super-G, combined and giant slalom at the 2013 worlds in Schladming, Austria.

"So I'm of the belief that you got to take advantage while you're healthy and when you're good, because it goes away pretty fast," the 34-year-old Ligety said. Shiffrin "seems to have herself under control and have that going so you have to commend her for that. But you never really know. It's not a sport where you can control every variable."

Julia Mancuso, another well-decorated U.S. skier who ended her career last year because of persistent hip pain, came to Shiffrin's defense after she posted a long Instagram message explaining her decisions midway through the championships.

"Most people forget that it's actually more difficult to make the decision to skip a race than to enter it. Routine is easy. Going against the grain is tough!" Mancuso wrote.

"What we said was a compliment, that you are capable of winning medals in all events," Vonn wrote. "No one said it's easy, Bode and I both know that, as winners in all 5 disciplines. So stick with your decision and go be you. You don't have to justify anything to anyone."

Shiffrin should have a great opportunity to expand her program at the next worlds, with parallel slalom added to the schedule for the 2021 championships in Cortina d'Ampezzo, Italy. So will she ever entertain the possibility of competing in every event at a worlds or Olympics?

"Perhaps. It's entirely up to her and how she feels and the schedule obviously dictates a lot of that," Jeff Lackie, one of Shiffrin's coaches, said. "Her core events are still slalom and giant slalom. The speed, as successful as she's been in the past, is still kind of a new thing and she's taking the opportunities when they present themselves to be conducive to slalom and GS."