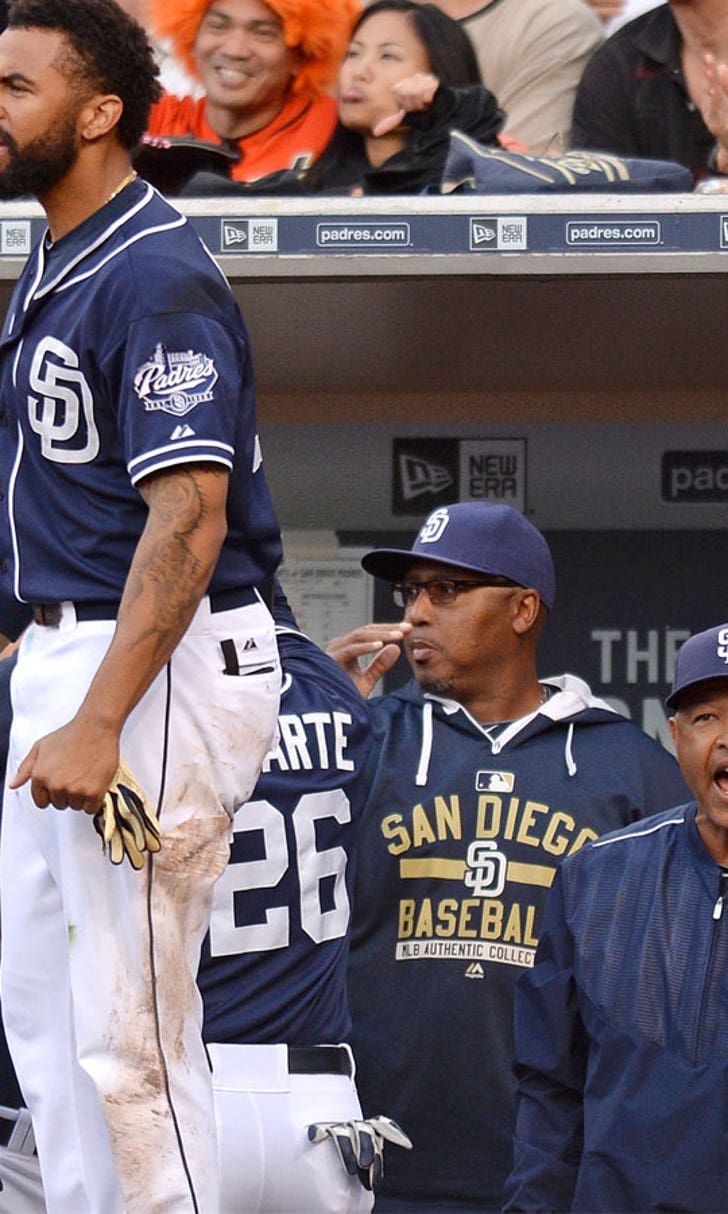 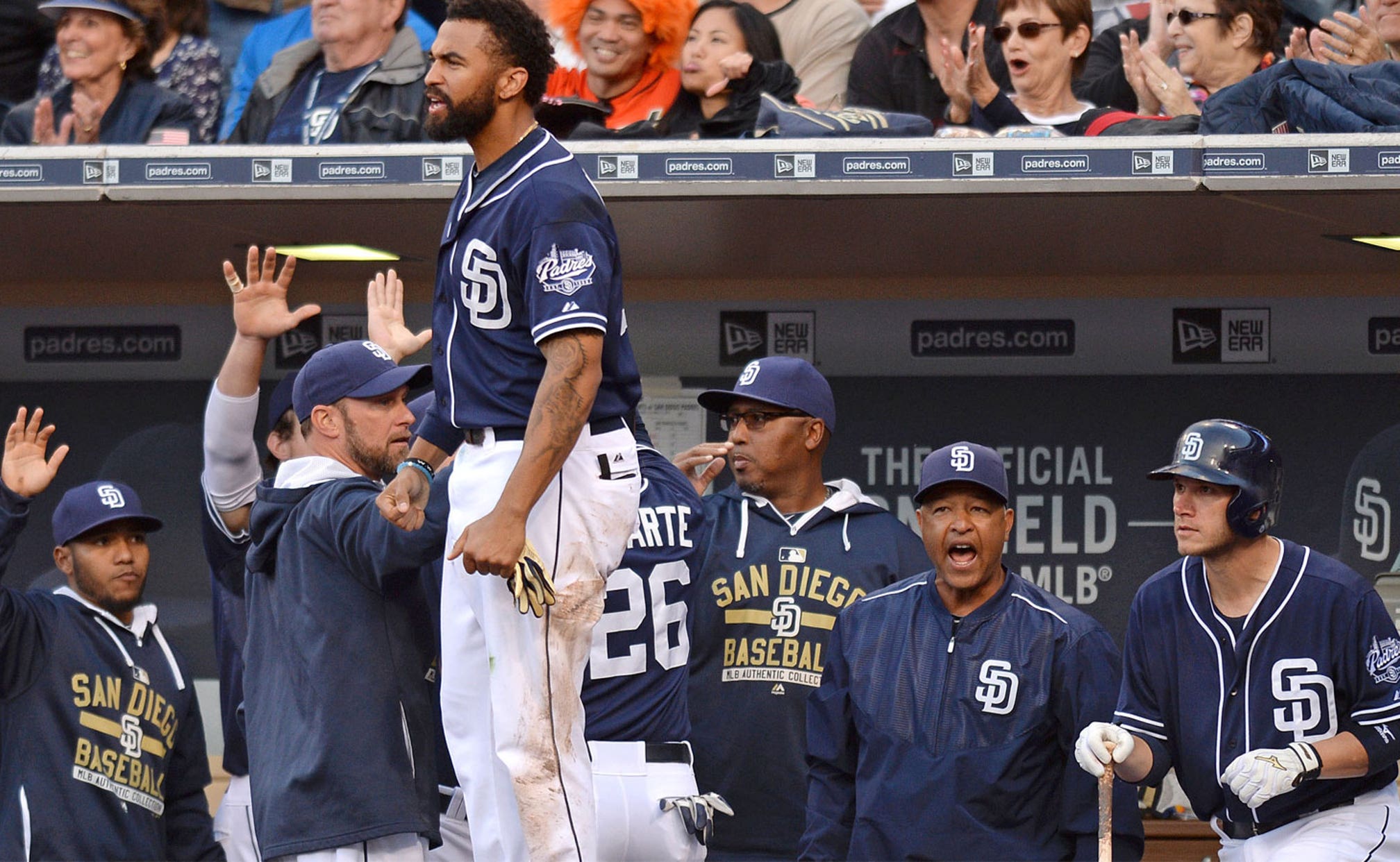 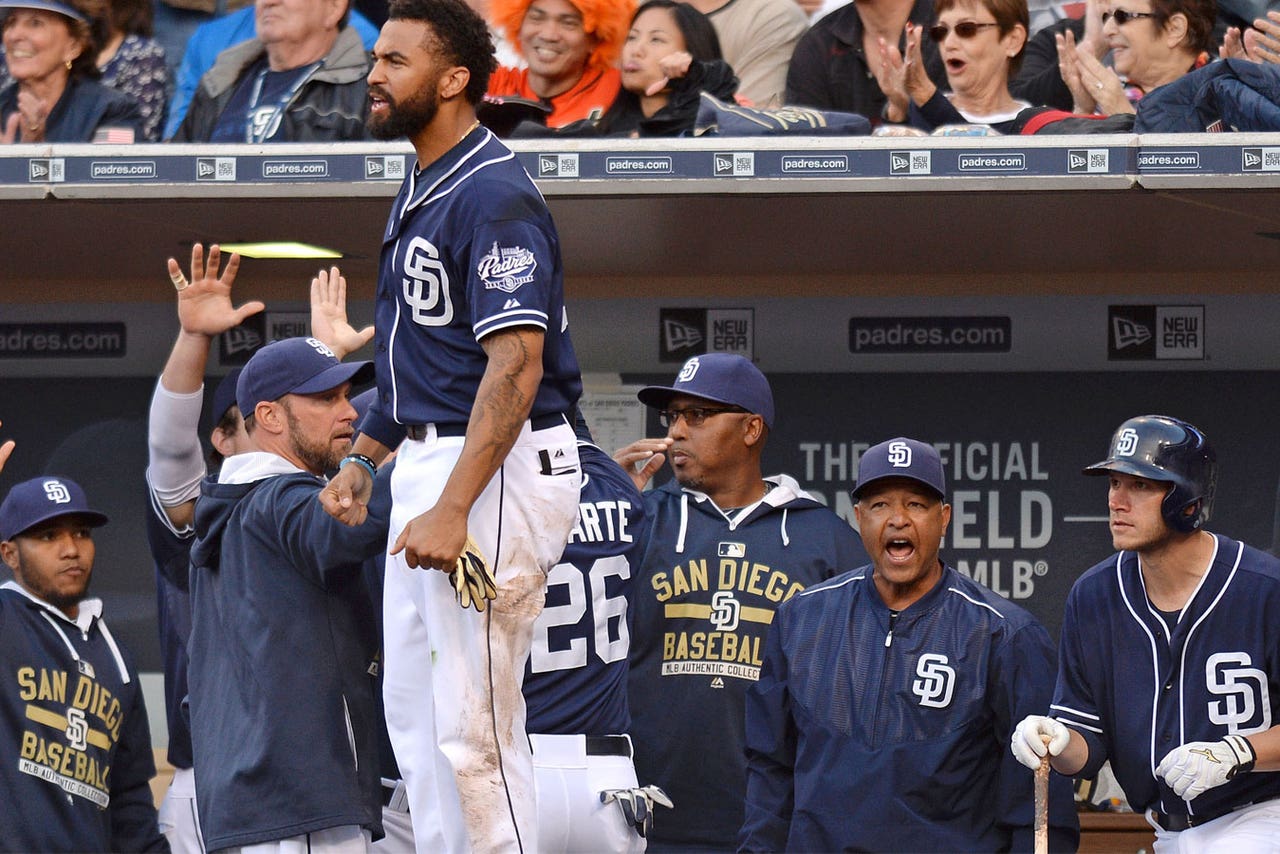 Shields (1-0) held the Giants to one run and three hits in seven innings, struck out seven and walked one for his first victory with the Padres. He signed as a free agent in February. He combined with two relievers to hold the Giants to five hits.

Bumgarner (1-1), the World Series MVP, allowed five runs and 10 hits to the Padres' new-look offense. Justin Upton, Derek Norris and Will Middlebrooks each had two hits off the lefty.

Bumgarner beat Shields, then with Kansas City, in Games 1 and 5 of the World Series, and then pitched five scoreless innings of relief in Game 7.

Shields' only mistake was allowing a home run by Joaquin Arias leading off the fourth, his first this season. In the fifth, Shields deflected a comebacker from former Royals teammate Nori Aoki with his glove, recovered and threw him out.

San Diego had 20 hits off three pitchers, matching their Petco Park record. Matt Kemp had four hits while Yangervis Solarte and Middlebrooks had three each. Wil Myers, Upton and Middlebrooks each drove in two runs.

The Padres got to Bumgarner for two runs in the first. Kemp's double to left was the first of four straight hits with two outs. Upton and Middlebrooks each had an RBI single.

Vogelsong took over starting the fourth and held the Padres until sixth, when they scored three more runs, one of them unearned. Myers had an RBI single, Kemp a bases-loaded, RBI infield hit and Upton a sacrifice fly.

Giants: Third baseman Casey McGehee strained his left knee running out a fly ball in the first inning and came out of the game. He was replaced by Arias.

The four-game series concludes when Giants RHP Jake Peavy, who won the 2007 Cy Young Award while with San Diego, makes his season debut against Padres RHP Tyson Ross who got a no-decision at Los Angeles Tuesday night.