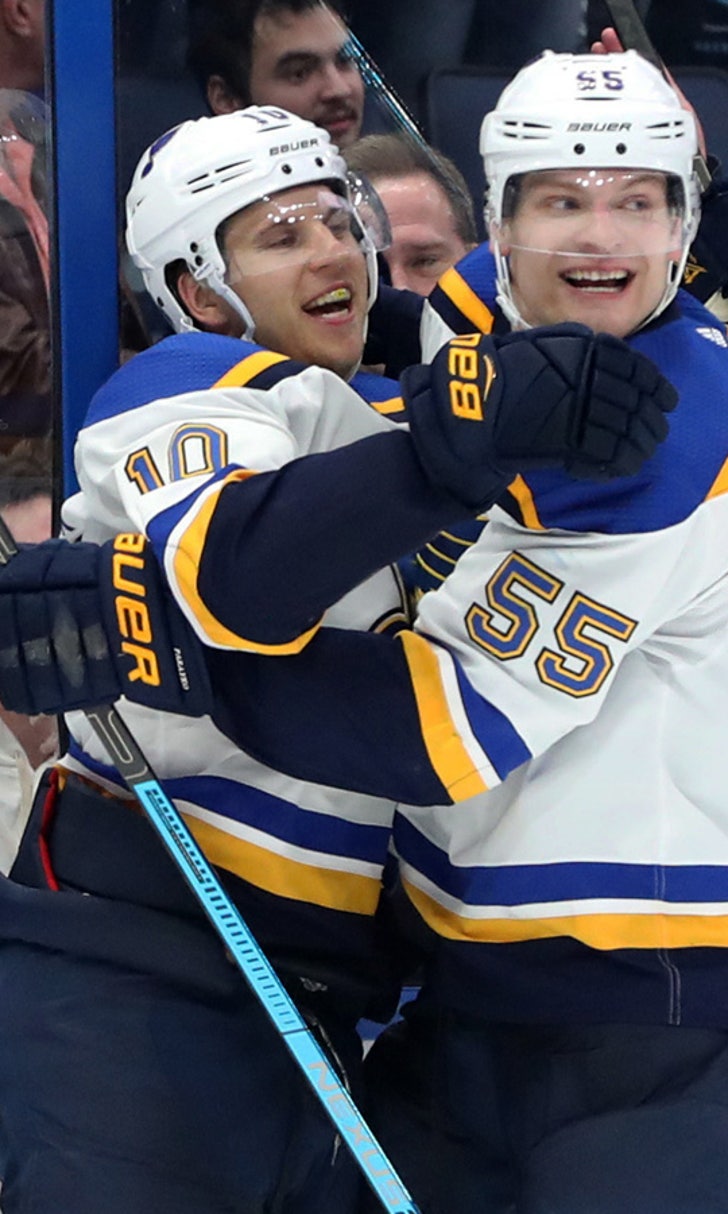 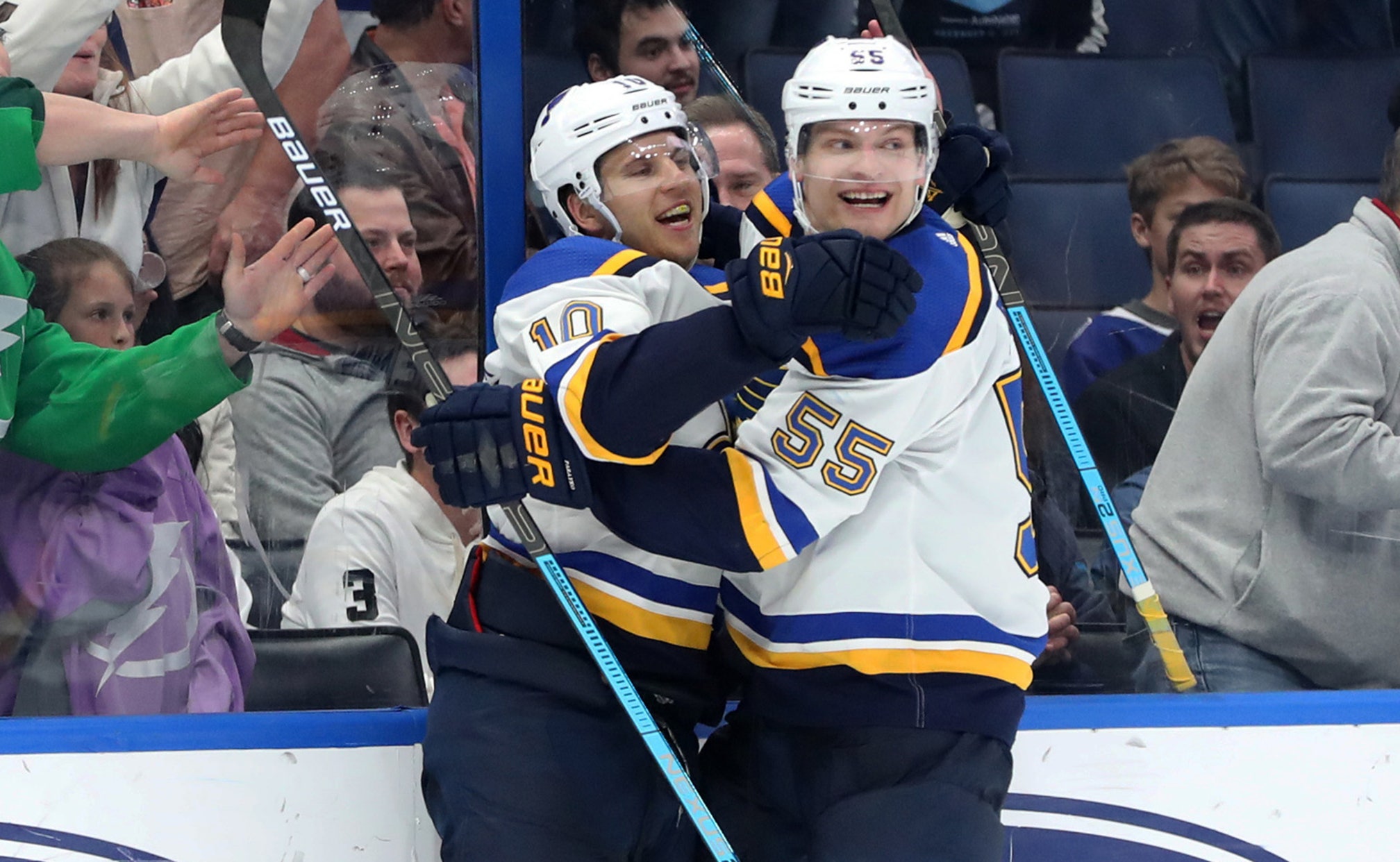 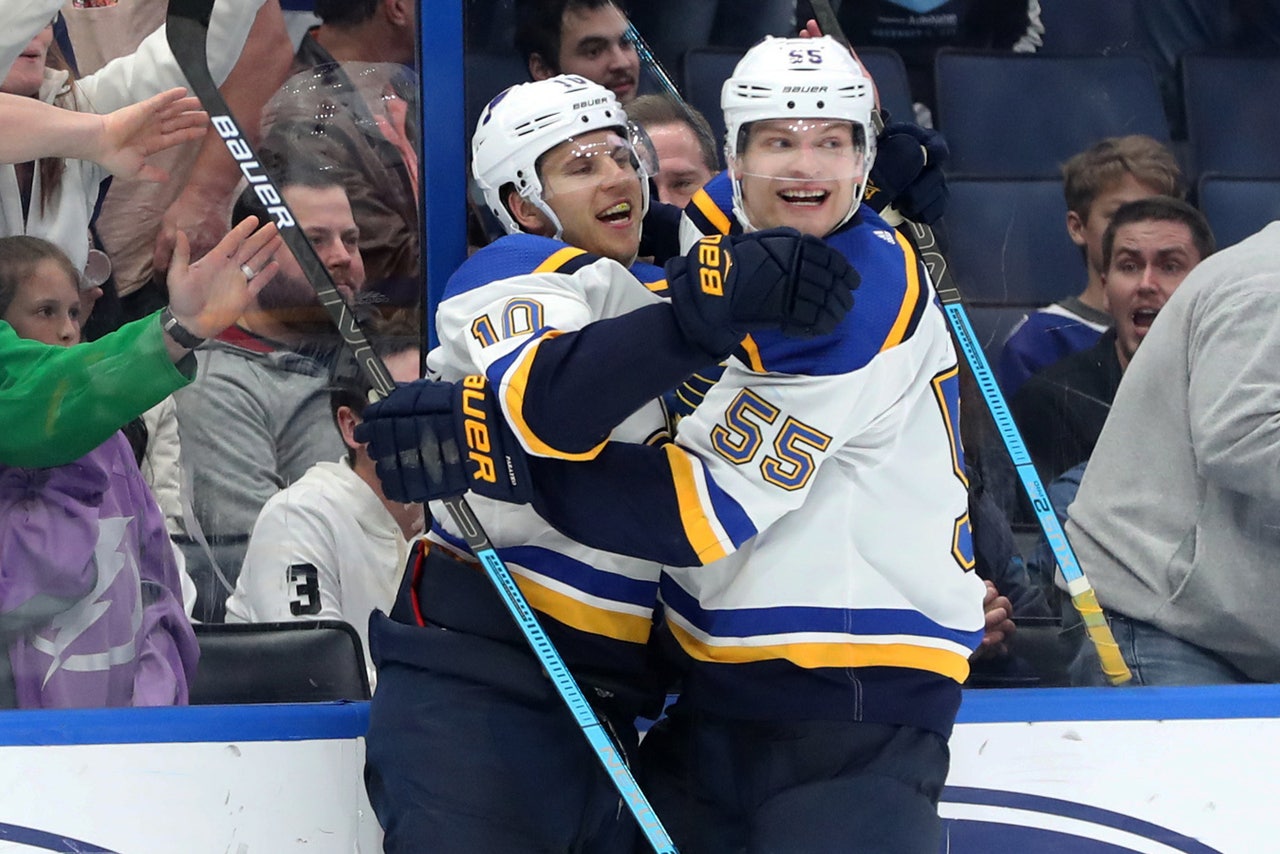 Binnington made 32 saves, Schenn scored with 59 seconds left in overtime and the Blues won their fourth straight game, 1-0 over the Tampa Bay Lightning on Thursday night.

St. Louis is 10-4-1 since the start of this calendar year. Binnington has played a prominent role, going 8-1-1 with two shutouts since making his first NHL start on Jan. 7.

Schenn skated in from the left wing boards and beat Andrei Vasilevskiy for the win.

"I owe these guys some goals," said Schenn, who went 11 straight games without one. "Hopefully tonight's a step in the right direction."

Vasilevskiy, who dropped to 9-0-1 this season following a loss, stopped 38 shots. The Lightning were coming off a 3-2 shootout loss Tuesday night to Vegas. Tampa Bay has lost consecutive games just twice this season.

NHL-leading Tampa Bay has gone 4-3-2 over its last nine games. The Lightning have been held to two or fewer goals in seven of those contests.

After Colton Parayko hit the post, Vasilevskiy stopped Schenn's in-close rebound while on his stomach with 7 ½ minutes left in the first.

Binnington got a piece of Nikita Kucherov's shot off a faceoff midway through the second that also hit the crossbar. He also had an in-close save on Victor Hedman during a 2-on-1 early into overtime.

"Fastest game all year we've played by far," Schenn said. "They're a fast team. We moved the puck quick. That's the games that you want to be part of, those are fun."

Tampa Bay's No. 2 ranked short-handed unit kept St. Louis off the scoreboard and had a quality scoring on each of three consecutive penalty kills in the second.

The Blues outshot Tampa Bay 15-8 during the opening period, and 32-19 through two.

"We had plenty of chances during the game and the goalie made some saves," Cooper said. "Not a whole lot to complain about other than the fact the first half of the game we didn't have that killer instinct to go to the net and shoot pucks as we did the second half."

St. Louis has outshot its opponent in 18 straight games, which is three away from the team record set during the 2001-02 season.

Brayden Schenn has had a ton of fun on the #stlblues' dads' trip: "It's funny to see how some guys are so much like their dads, or how they look like their dads — some not at all. It's funny how they get along, and they enjoy it as much as we do." pic.twitter.com/gTOu9AUm0p

Blues: Start a home-and-home Saturday with Nashville in St. Louis. The teams then play Sunday in Nashville.

Tampa Bay Lightning
share story
those were the latest stories
Want to see more?
View All Stories
Fox Sports™ and © 2021 Fox Media LLC and Fox Sports Interactive Media, LLC. All rights reserved. Use of this website (including any and all parts and components) constitutes your acceptance of these Terms of Use and Updated Privacy Policy. Advertising Choices. Do Not Sell my Personal Info