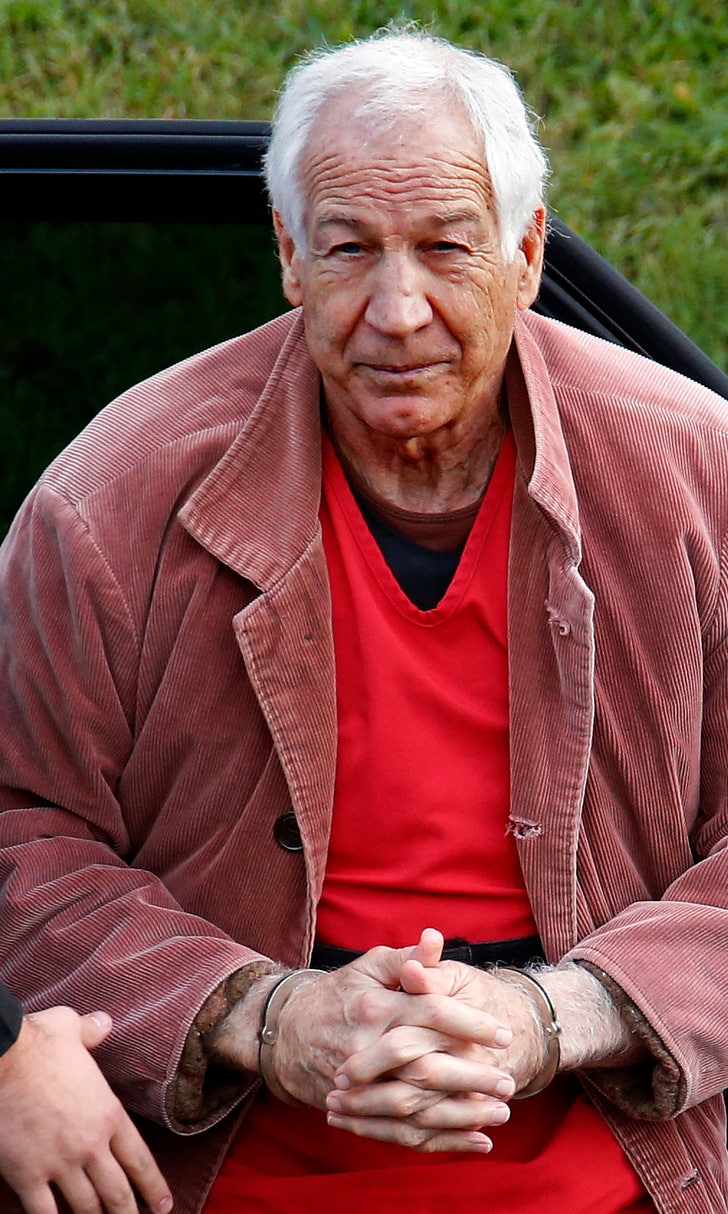 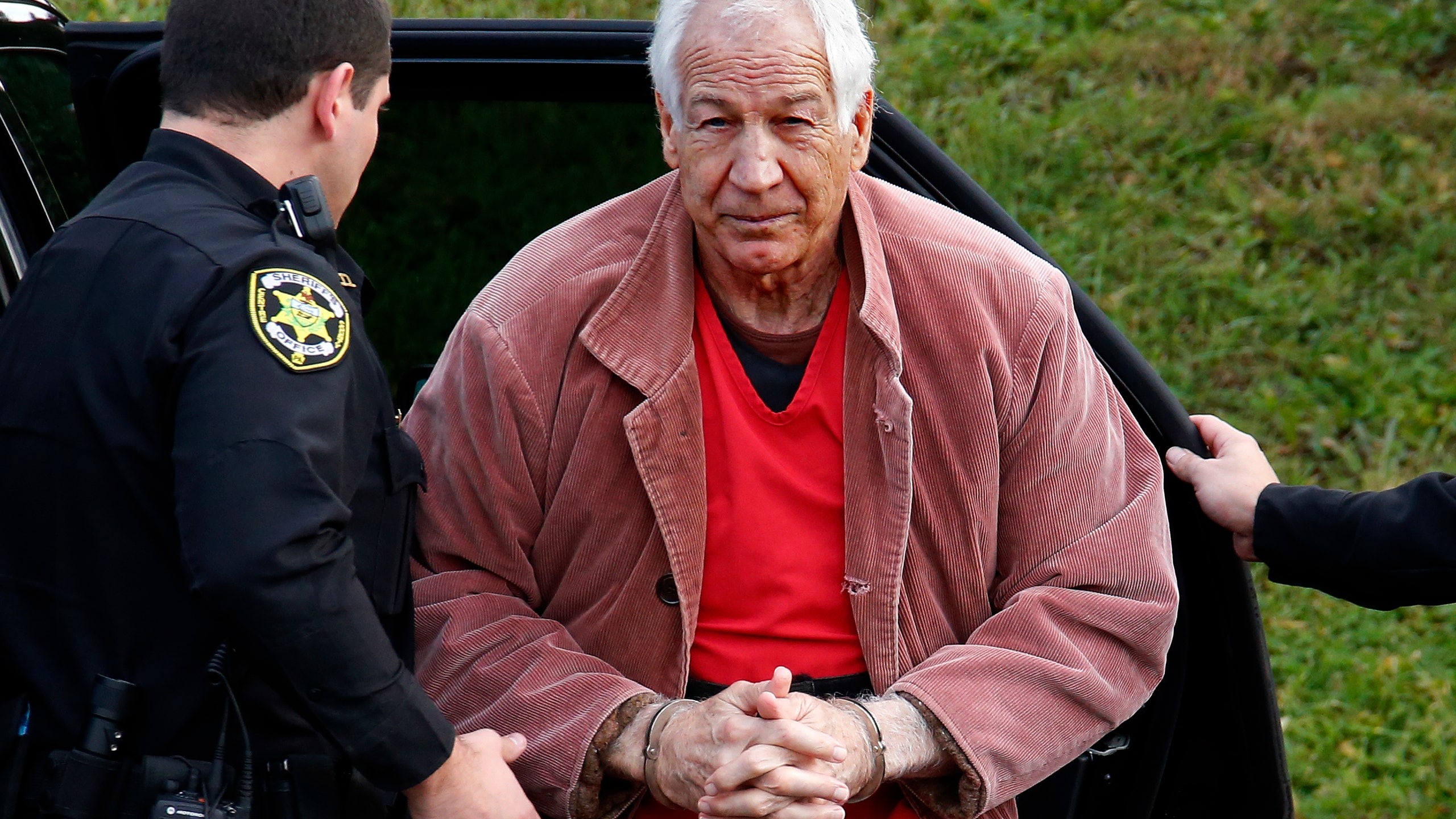 Sandusky gets new sentencing but loses request for new trial

HARRISBURG, Pa. (AP) — Seven years after Jerry Sandusky was convicted of child molestation and sentenced to decades behind bars, an appeals court has ordered a resentencing hearing for the former Penn State assistant football coach whose crimes have cost the university a fortune and triggered changes to state law.

Sandusky, 75, was sentenced in 2012 to 30 to 60 years, but a Pennsylvania Superior Court panel said that included the improper application of mandatory minimums.

In a 119-page opinion , the appeals panel struck down argument after argument that lawyers for Sandusky had made in seeking a new trial.

His defense lawyer, Al Lindsay, said he was disappointed but will ask the state's highest court to reconsider.

Lindsay said he was unsure if the new sentencing is likely to result in a substantially different sentence.

"I suppose it depends on the judge and what happens before the sentencing and after the sentencing," Lindsay said. He called the case "one of the most profound injustices in the history of American jurisprudence."

"The Superior Court has agreed with our office that it was proper for the court below to reject Sandusky's claims," said Joe Grace, a spokesman for the prosecutors. "We look forward to appearing for the new sentencing proceedings and arguing to the court as to why this convicted sex offender should remain behind bars for a long time."

Dauphin County District Attorney Fran Chardo, a veteran prosecutor not involved in the Sandusky case, said the county judge will have a lot of discretion, up to the statutory maximum, when the resentencing occurs. He was unsure how the sentence will be affected.

"It may very well result in a lesser aggregate, but not necessarily," Chardo said. "It remains to be seen."

Sandusky had filed an ambitious appeal that argued a range of flaws occurred in the investigation, trial and sentencing, but the three-judge appeals ruled against all of them before granting him a new sentencing hearing.

Among his claims were that his lawyers should have kept him from giving a TV interview after his arrest, that his failure to testify was cited by a prosecutor and that prosecutors should have disclosed information about changes to victims' stories before trial.

Victims testified at his trial that Sandusky subjected them to a range of abuse, from grooming to violent sexual attacks. Sandusky has consistently maintained his innocence.

Lindsay said Sandusky asked him to release a statement vowing to "not rest until the public understands what has happened and decision-makers acknowledge the injustice."

"It's time to unmask those who have been deceitful and dishonest," the statement read. "It's time to expose those who have hidden personal agendas. Now is the time to present the 'real scandal' and all the damage that has been done. What has happened is a travesty. What will happen will be our legacy."

Penn State has paid more than $100 million to settle claims from about three dozen people who alleged Sandusky had abused them, and made a host of changes to its policies and procedures. The Sandusky scandal also resulted in a change to state laws that protect abused children.

Spanier and two other retired Penn State administrators, vice president Gary Schultz and athletic director Tim Curley, were convicted last year of child endangerment for failing to notify authorities in 2001 of a complaint about Sandusky and a boy in a team shower. Spanier has an appeal pending before the state Supreme Court.