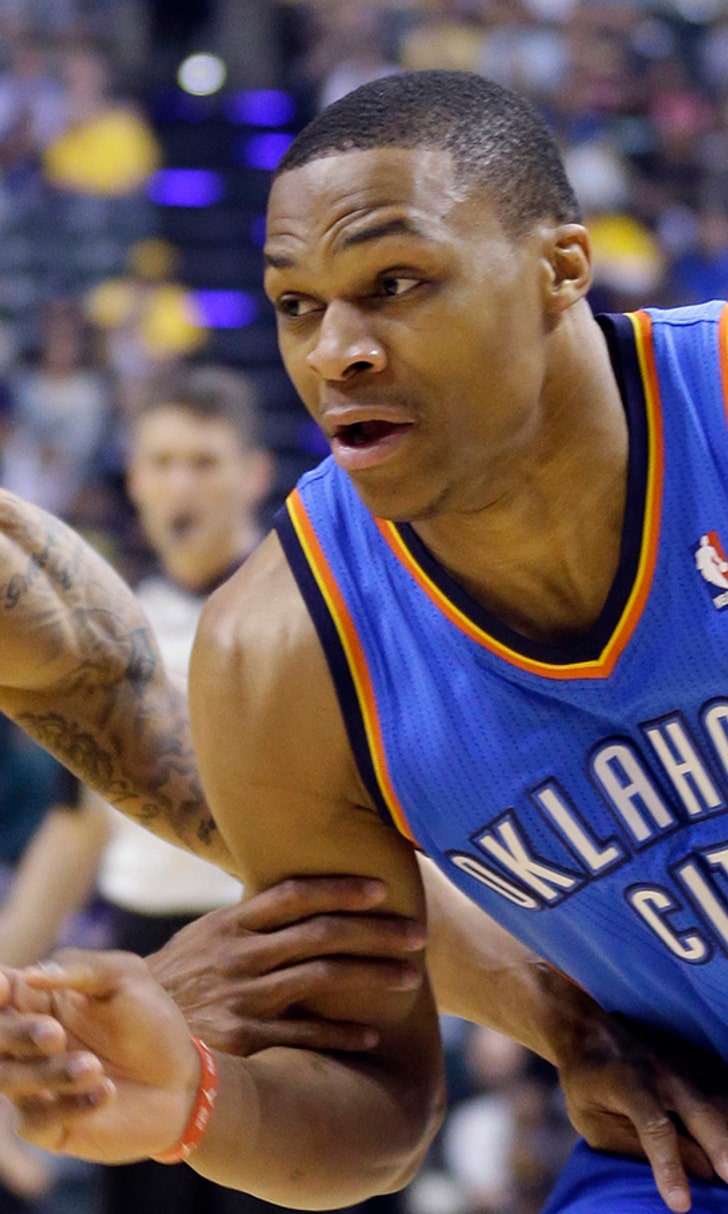 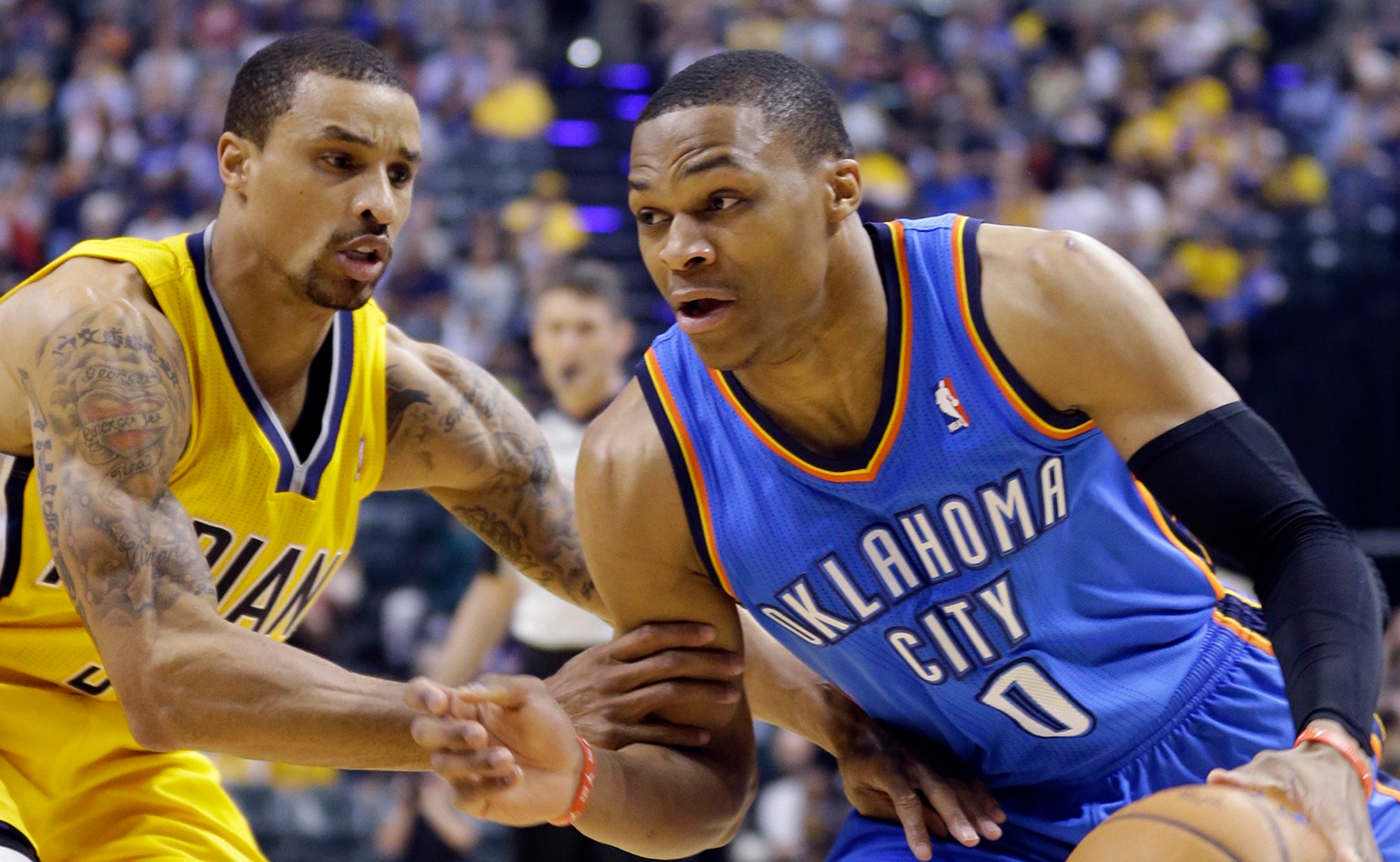 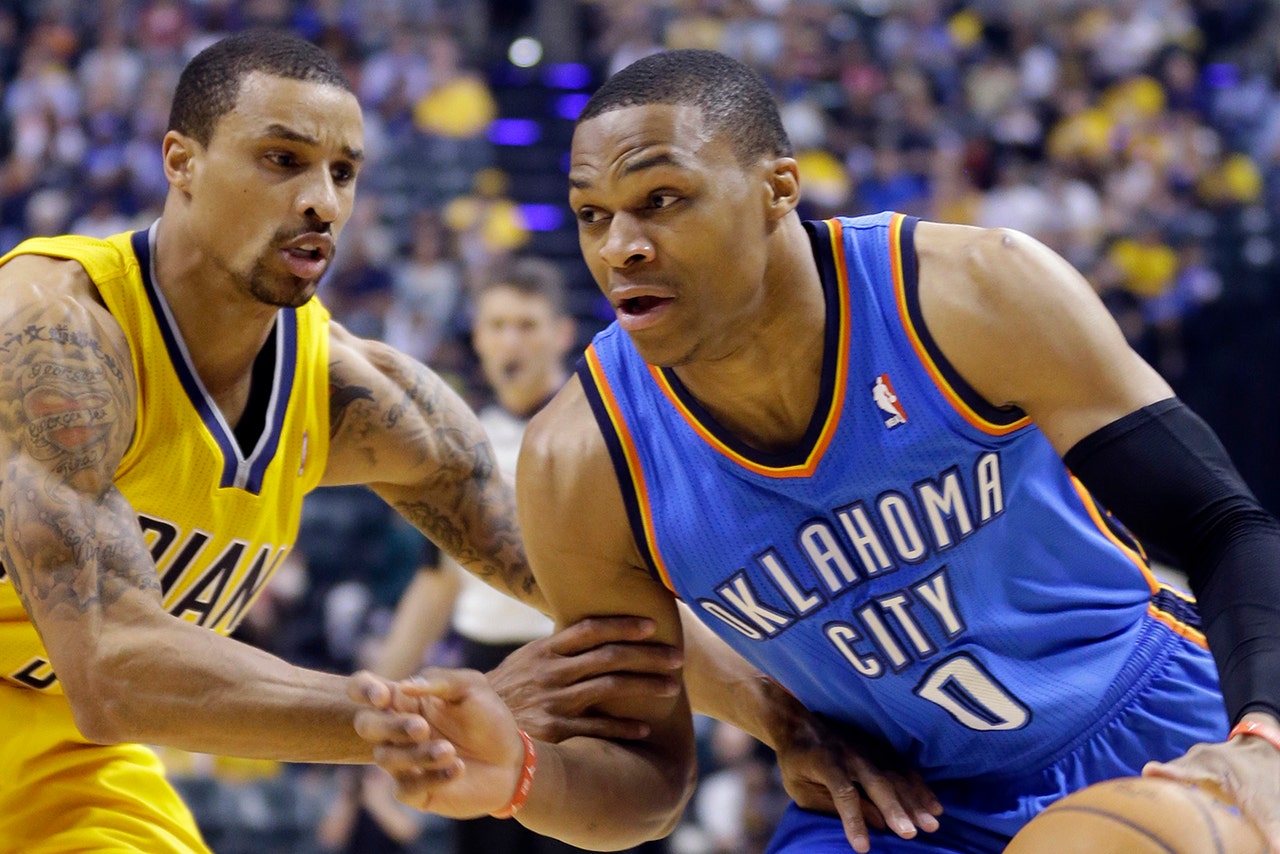 During the Thunder's 102-97 loss to the Pacers Sunday afternoon, Russell Westbrook finished with 21 points, seven assists and two blocked shots...unofficially.

During the fourth quarter, with the Thunder trailing by seven, the OKC guard didn't take it well when Pacers' Paul George took a dead-ball shot in front of the Thunder bench. Westbrook raced to block it.

But the fun didn't stop there. As the teams start to head back to their benches, Pacers' George Hill decided to attempt another shot, and Westbrook wasn't happy about that, either.

Westbrook raced around to block that shot as well, though this time he landed awkwardly on his backside.

We applaud Westbrook's dedication and competitive spirit, but with the playoffs quickly approaching, we don't need him injured (again!) especially on a dead-ball play.