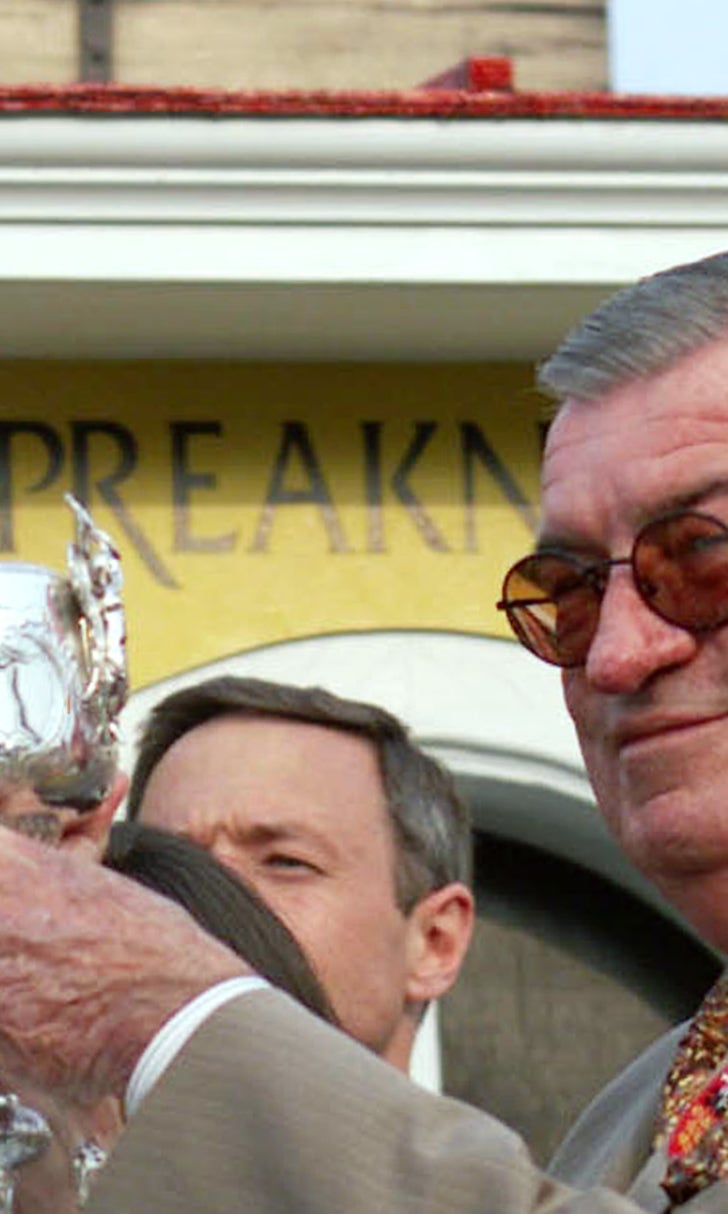 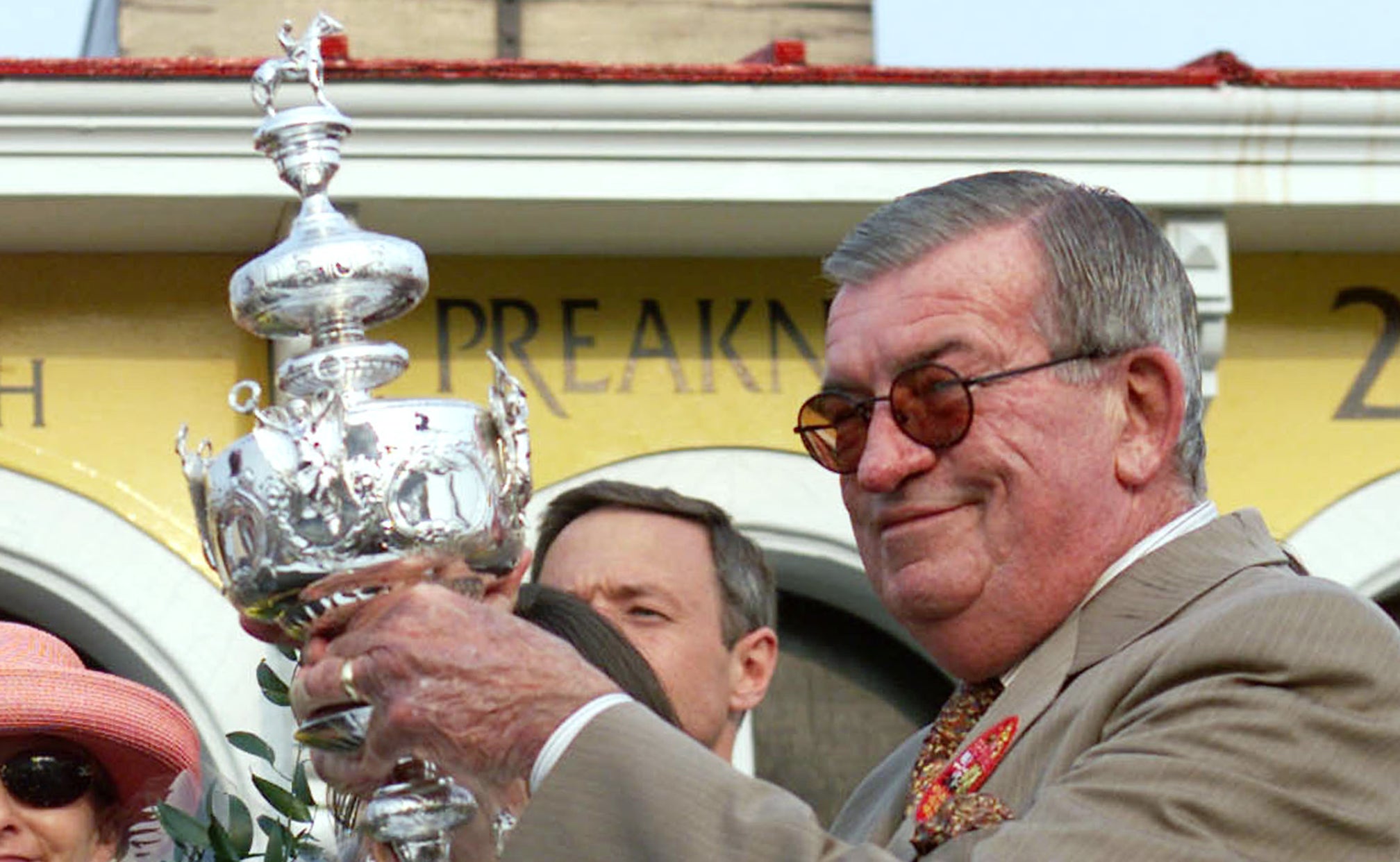 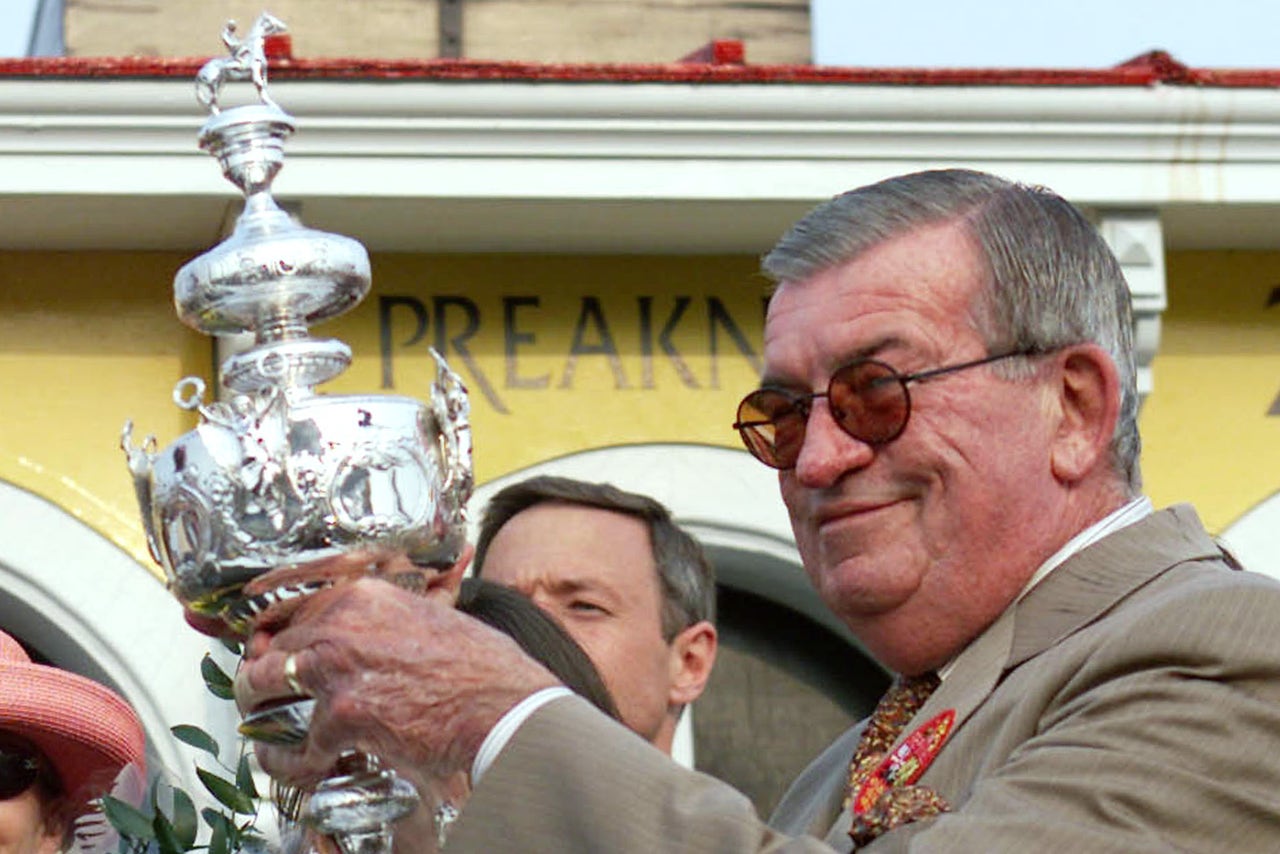 Richard Mulhall, a trainer who went on to manage the careers of 2001 Horse of the Year Point Given and 2002 Kentucky Derby and Preakness winner War Emblem, died Monday. He was 76.

Santa Anita publicity officials said Mulhall died at his home in Monrovia after a long illness.

Salman died of an apparent heart attack in his native Saudi Arabia in 2002, and his racing and breeding stock was dispersed in 2004. In following years, Mulhall made less frequent appearances at the races while fighting health problems.

A native of New York, Mulhall began training in 1959 after galloping horses and working in the stable of Willie Molter, the leading trainer at Santa Anita in the late 1950s. Mulhall's first stakes winner was Madison, winner of the San Diego Handicap at Caliente in Tijuana, Mexico, in 1967.

At Santa Anita, Mulhall won the 1987 San Felipe Handicap with Chart the Stars, who beat a group that included eventual Kentucky Derby winner Alysheba; and the 1988 San Rafael Stakes with What a Diplomat.

As a trainer, Mulhall had three runners in Breeders' Cup races, with his best finish a pair of fifths 1988 and 1994.

Mulhall's survivors include a son, Michael, and a daughter, Kristin, who is a trainer at Santa Anita, and two sisters.