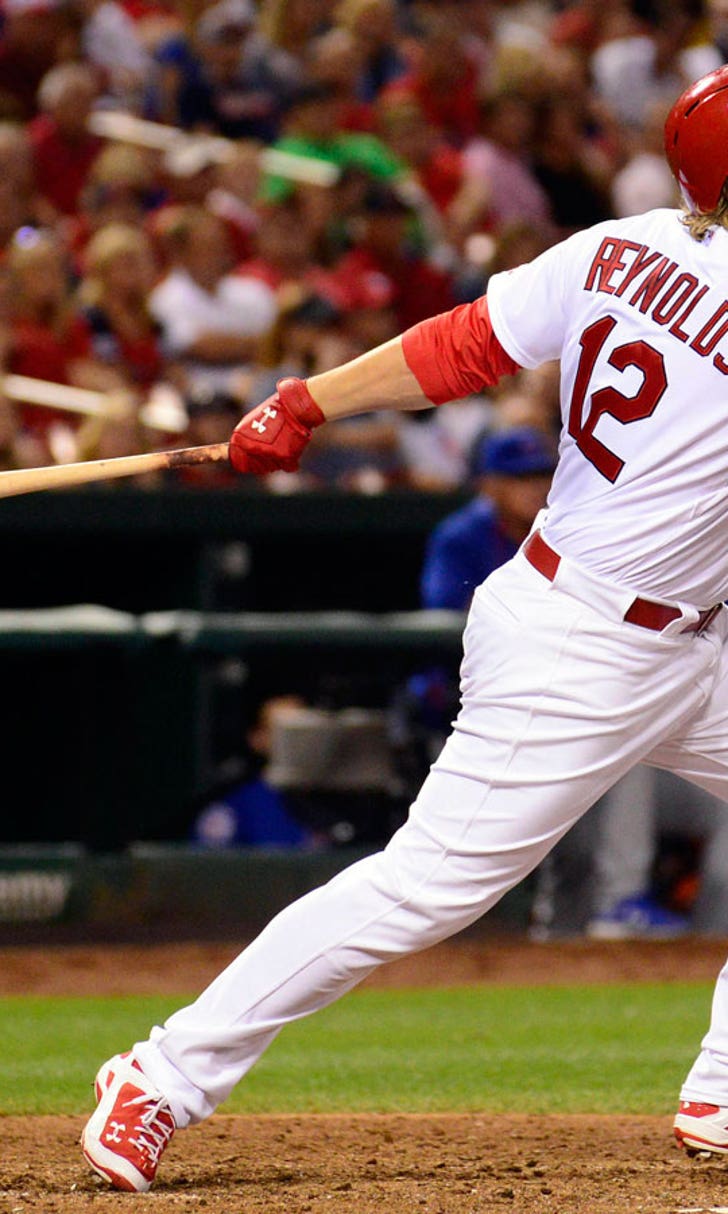 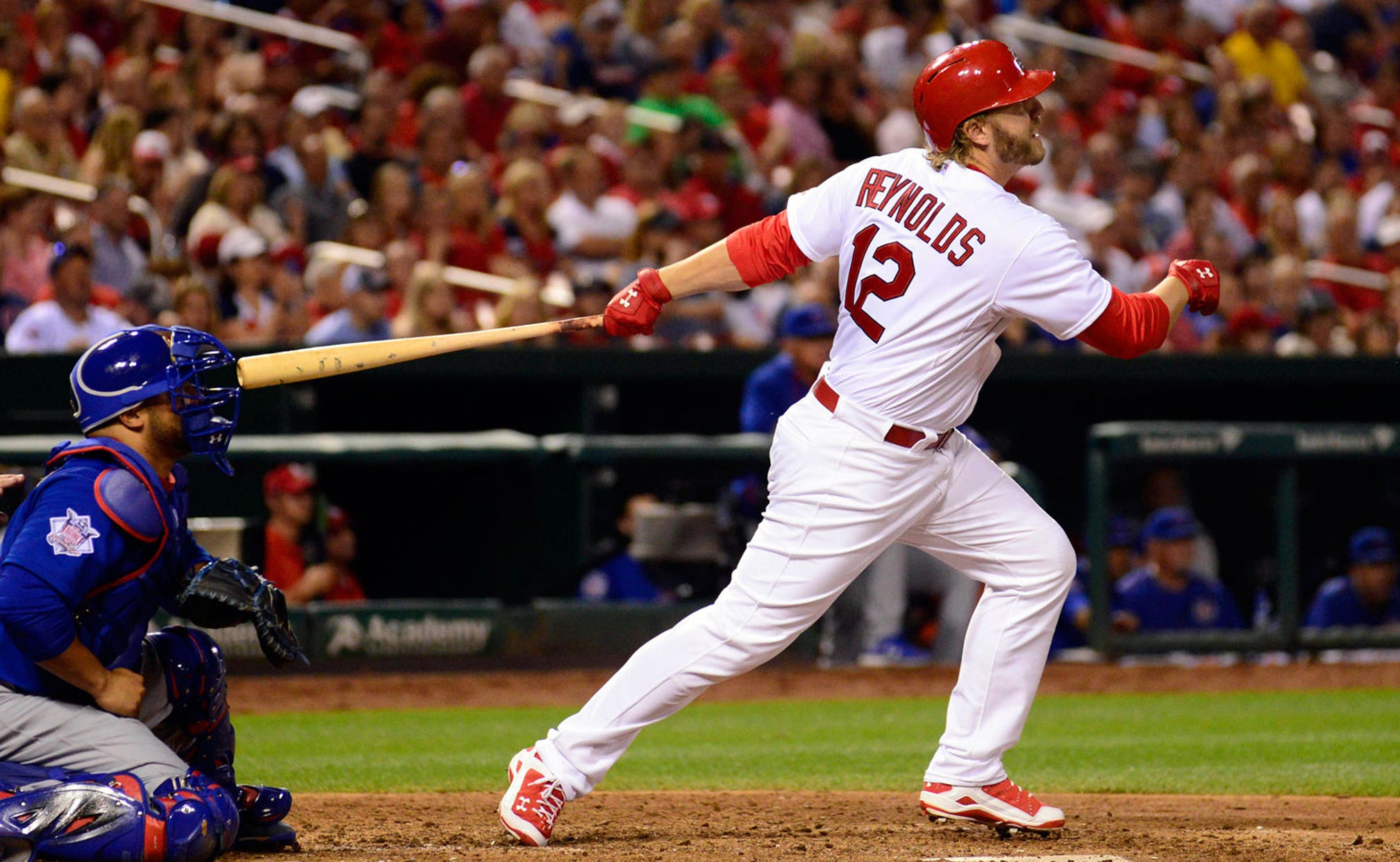 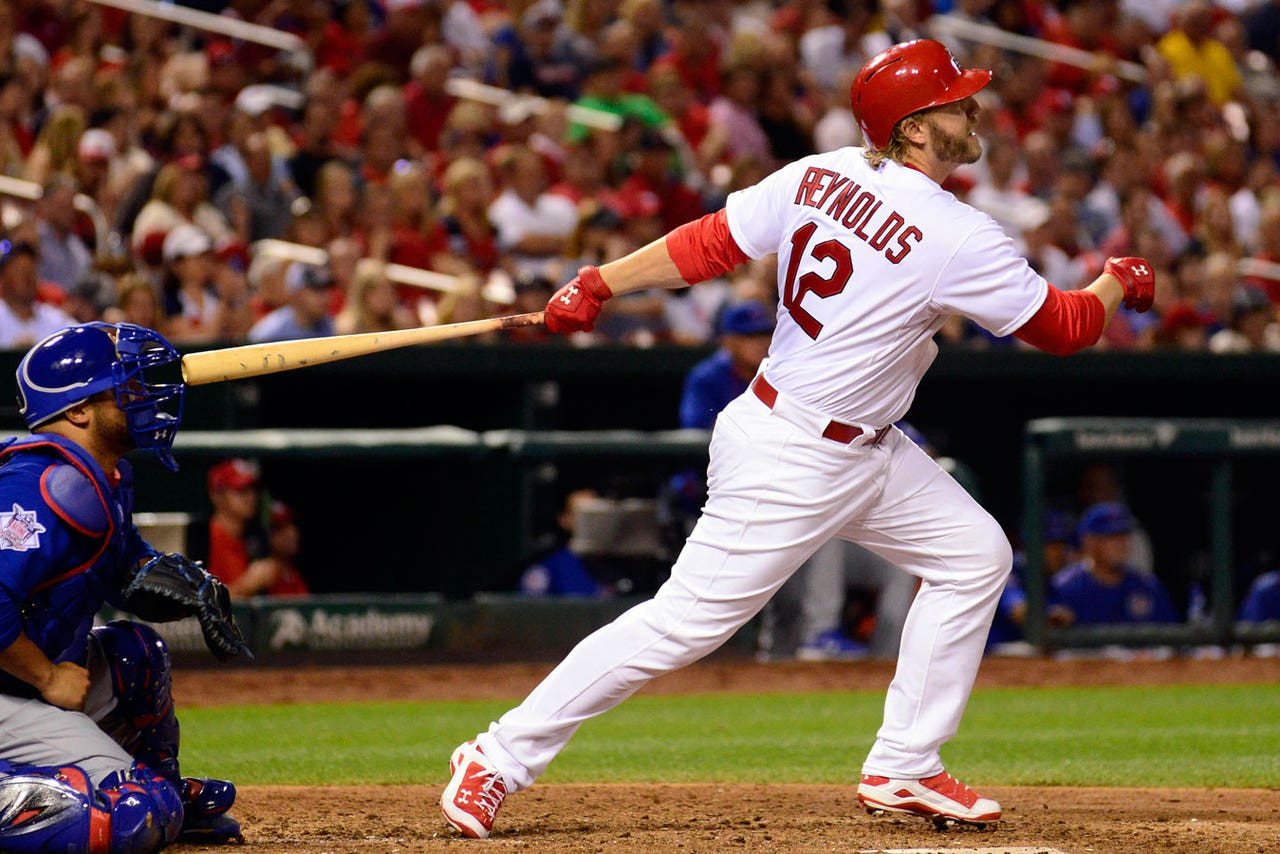 Lately, Reynolds has been a lot more than a good luck charm.

"I don't think there's anyone in this clubhouse that doesn't think we're going to win every night," Reynolds said after his pinch-hit double off the wall in center field snapped a tie in the sixth inning of a 7-4 victory over Chicago on Tuesday night. "I've been really squaring balls up. I really want to bottle it up."

Matt Carpenter tied the game with a three-run homer off Kyle Hendricks in the fifth and finished with four RBIs. Kolten Wong added an RBI in the seventh on an infield single, his third hit of the game.

"We had to fight our way through this again," Matheny said. "The guys did a nice job of staying the course."

Mitch Harris (1-0), a 29-year-old rookie and former Navy lieutenant, worked a scoreless sixth for his first career victory. Trevor Rosenthal earned his ninth save in 10 chances.

Anthony Rizzo had three hits and a walk but grounded out with the bases loaded against Miguel Socolovich to end the eighth. Starlin Castro had two RBIs on a forceout in the fifth when the Cardinals couldn't quite turn a double play and rookie Kris Bryant scored from second. The Cubs have lost a season-long four straight.

"We're not pitching to all of our capabilities," manager Joe Maddon said. "Some guys are pitching really well, but I think there's another gear."

Yadier Molina added two hits and an RBI for the Cardinals, whose major league-best 20-6 start is a franchise best since 1900.

Besides trailing 4-1 in the fifth inning Tuesday, the Cardinals were behind 5-0 in the first and 8-4 in the fifth of a 10-9 win Monday.

Matheny pushed all the right buttons Tuesday. He left Socolovich, a right-hander who was pitching for the third straight day, in to face Rizzo instead of bringing in lefty Randy Choate because he was short in the bullpen after several hard days.

Matheny said he didn't want to use Rosenthal for more than one inning and that Choate would have had to face a string of right-handed hitters if Rizzo had gotten on base.

Reynolds, who hit a grand slam in Monday's comeback, had been 1 for 8 with six strikeouts against Edwin Jackson (1-1) before his go-ahead hit Tuesday.

Maddon said he "kind of liked" the matchup.

"And the righty hits the ball in the gap, so that's the best you can do, is set the guys up against the appropriate guys."

Harris is the just the second major leaguer from the Naval Academy and the first since Nemo Gaines in 1921 with the Washington Senators.

"That's all I wanted to be, a pitcher," Harris said. "Everybody else looks at the story. I look at it on the field, that's how I want to be remembered."

Cardinals: Set-up man Jordan Walden, on the DL with a biceps injury, was getting a second opinion on an MRI. GM John Mozeliak said Walden was "leaning toward" trying to pitch through it.