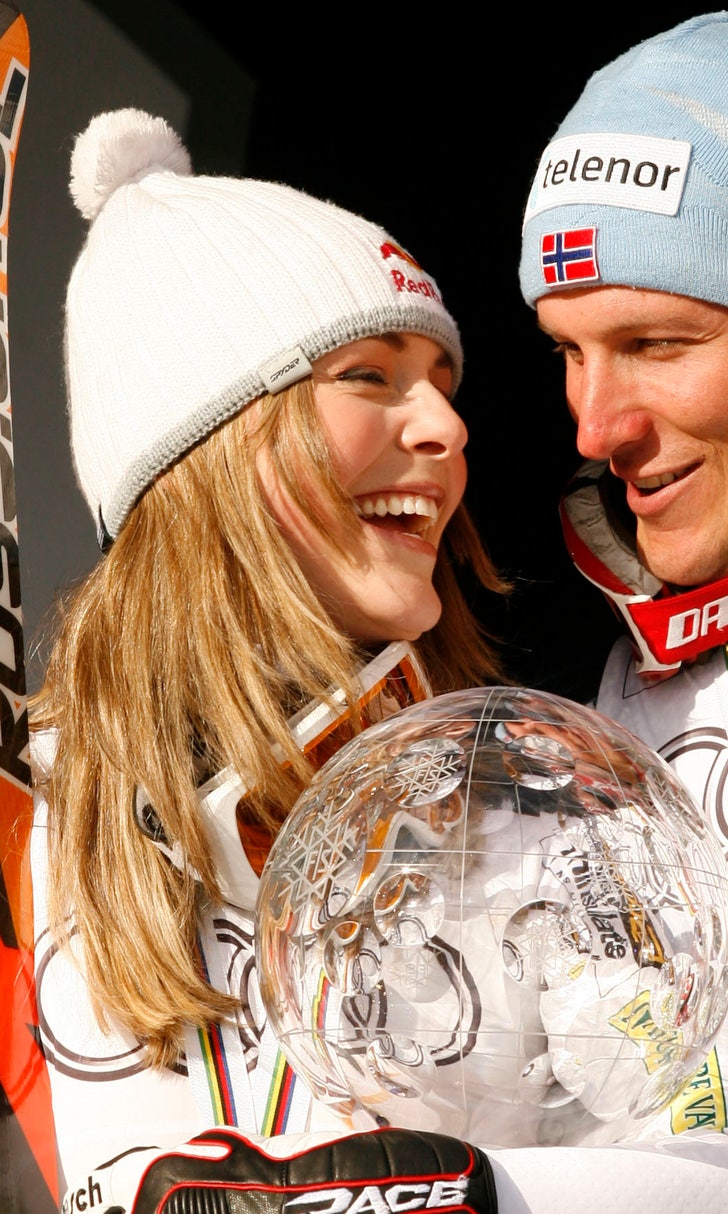 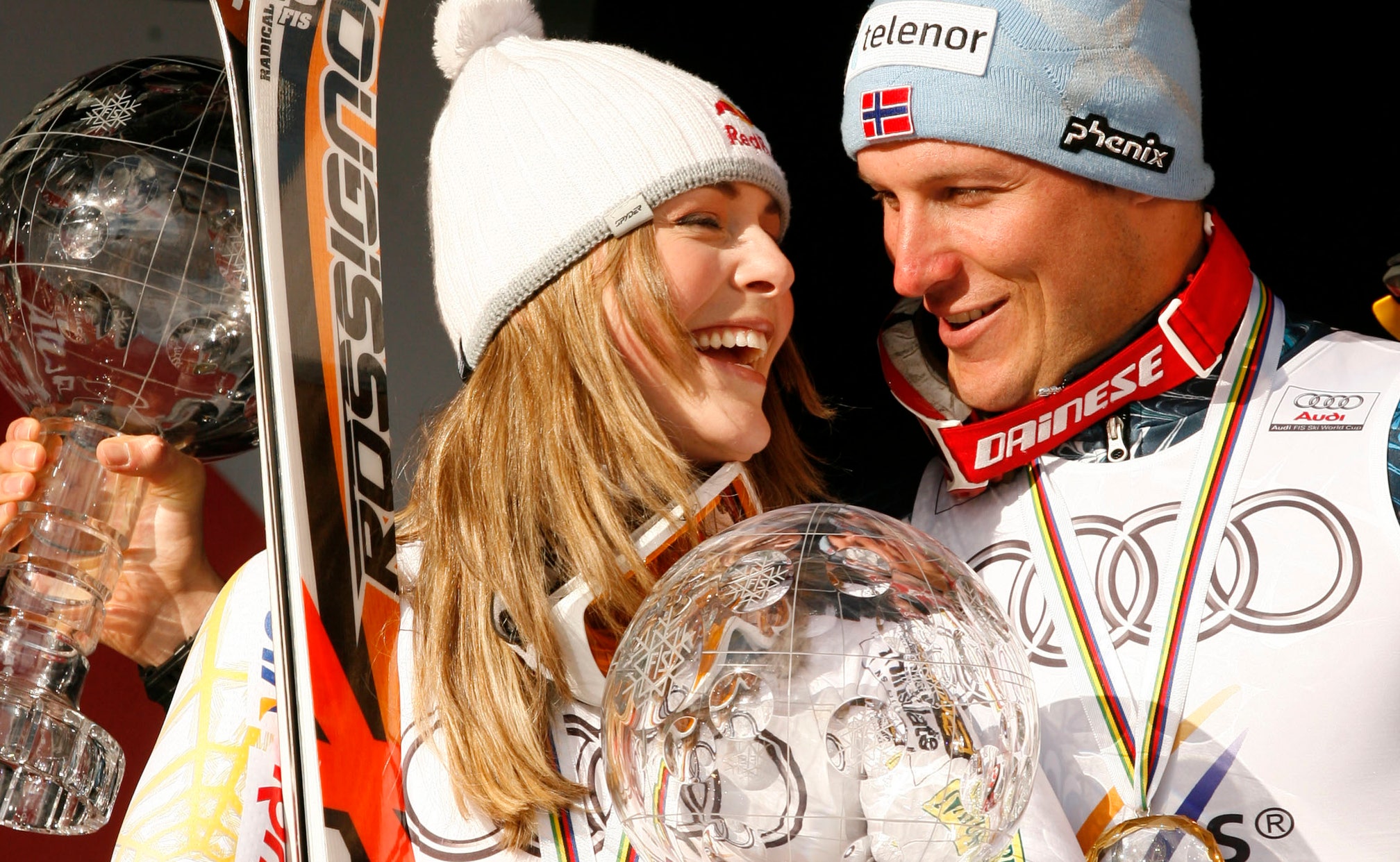 Retirement party: Vonn and Svindal to say goodbye at worlds

For Lindsey Vonn and Aksel Lund Svindal, the world championships beginning this week in Are, Sweden, will mark the end of an era.

The event will also bring Vonn and Svindal full circle — back to the site of their first major championship successes more than a decade ago.

Vonn claimed the first medals of her career, two silvers, at the frigid 2007 worlds in Are , while Svindal claimed his first golds a dozen years ago by winning the downhill and giant slalom.

Both went on to become overall World Cup and Olympic champions and two of skiing's most well-spoken ambassadors.

"It's always been a good place for me. I've always felt comfortable there," said Vonn, who has also won seven World Cup races in Are. "It's a good place to have my last world championships. I'm really excited to go back up there."

The 34-year-old Vonn announced on Friday that due to her battered knees, she will retire after competing in the super-G and downhill in Are.

And while she will end up four wins short of the all-time World Cup record of 86 held by Ingemar Stenmark, Vonn still plans a tribute to the Swedish standout.

"I have a cool suit that I kind of designed in honor of Stenmark," Vonn said.

The 36-year-old Svindal, also slowed by persistent knee injuries, recently announced that he, too, will retire after worlds , and there are sure to be plenty of his Norwegian fans who hop across the border to see him race for the last time.

"Did you book your tickets to the world championships in Are?? If not, get on it!!" Svindal wrote on Instagram . "One of the absolutely greatest of all times Lindsey Vonn, she's doing her last races here next week. And when we're both done, I'm pretty sure there will be a hell of a party to celebrate."

Here are some other skiers to watch at the worlds:

Mikaela Shiffrin and Marcel Hirscher will both be heavy favorites in the giant slalom and slalom races — and other events, too.

For the overall World Cup leaders, the biggest challenge may be staying fresh.

At last year's Pyeongchang Olympics, postponements and schedule changes had a big impact on Shiffrin's performance : after taking gold in giant slalom she finished a disappointing fourth in the slalom, her best event.

"I started to become a little negative and I think that made a difference," Shiffrin said. "Maybe the most important thing is going in with the mindset that I have the training, I'm prepared and I can do my best. And then there are things that are just out of my control. ... For the world championships, whatever happens happens. If I have to change the schedule then I'll change the schedule and we'll just try to have fun with the races and ski my best."

Shiffrin will also be a medal threat in super-G — if she chooses to enter that event — and combined.

Hirscher won the combined in Pyeongchang.

Petra Vlhova of Slovakia and Clement Noel of France are quickly developing into the biggest challengers to Shiffrin and Hirscher, respectively, in the technical events.

Vlhova, at 23 the same age as Shiffrin, has also recently established herself in giant slalom, tying Shiffrin for victory in the final GS before worlds in Maribor, Slovenia, on Friday.

The Czech skier-snowboarder Ester Ledecka is still competing in both sports but she will be restricted to only one world championship due to a schedule conflict .

While Ledecka won a parallel giant slalom snowboard race in Italy in December, she is still yet to reach the podium in a World Cup ski race.

At the Pyeongchang Olympics, Ledecka followed her super-G victory in Alpine skiing by winning the parallel GS in snowboarding — becoming the first athlete to win two golds at the same Winter Games using two different types of equipment.

She finished 11th in the downhill at last season's World Cup finals in Are even though she made a major mistake during her run.

"I would like to try to have some nice results on skis as well, and to try Are because it's a nice hill and I really liked it there," Ledecka said.

Paris achieved the rare feat of winning downhills in both Bormio, Italy, and Kitzbuehel, Austria — considered the two toughest downhills on the circuit — this season.

Goggia, the Olympic downhill champion, finished second in her first two races last month after starting her season late due to a right ankle injury.