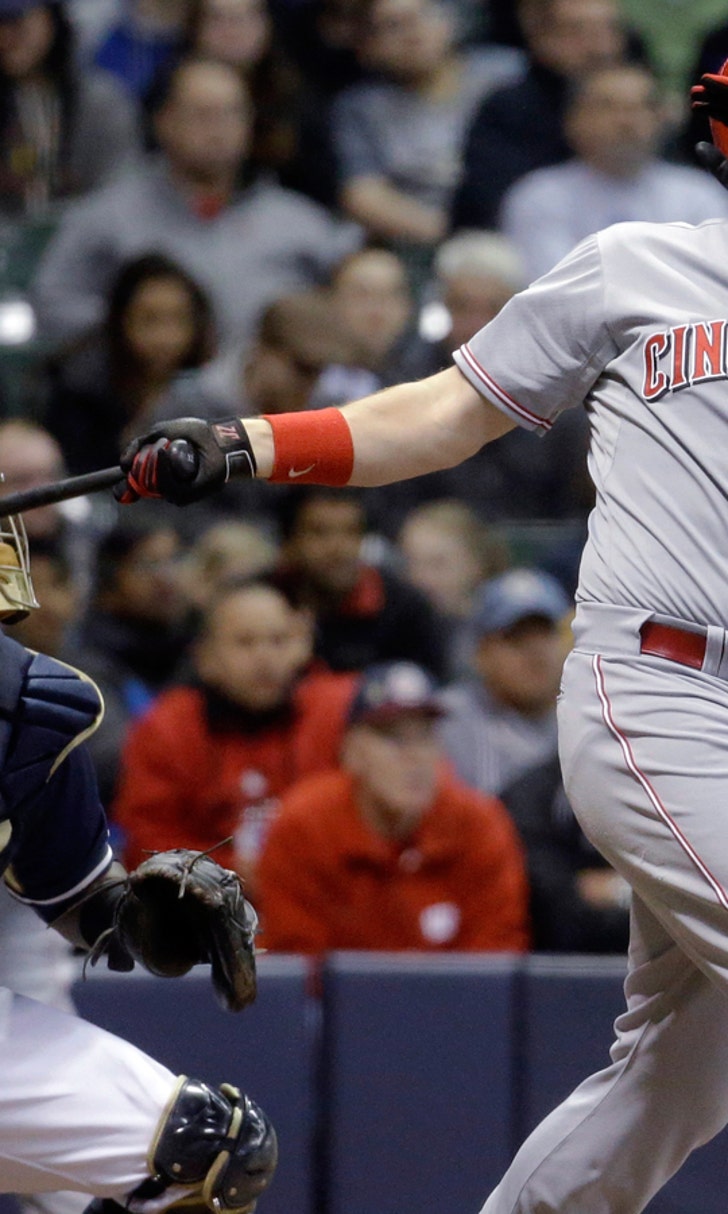 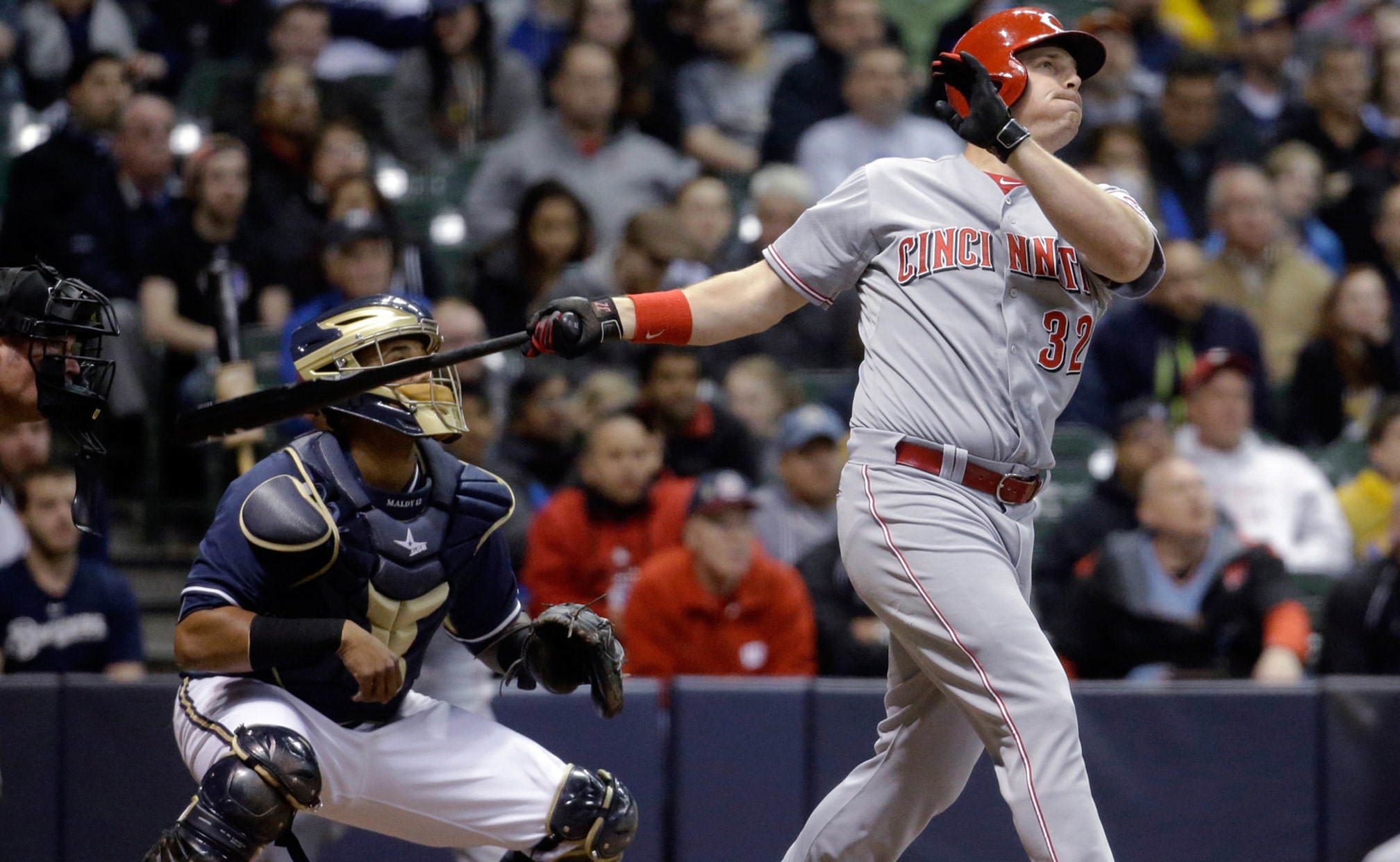 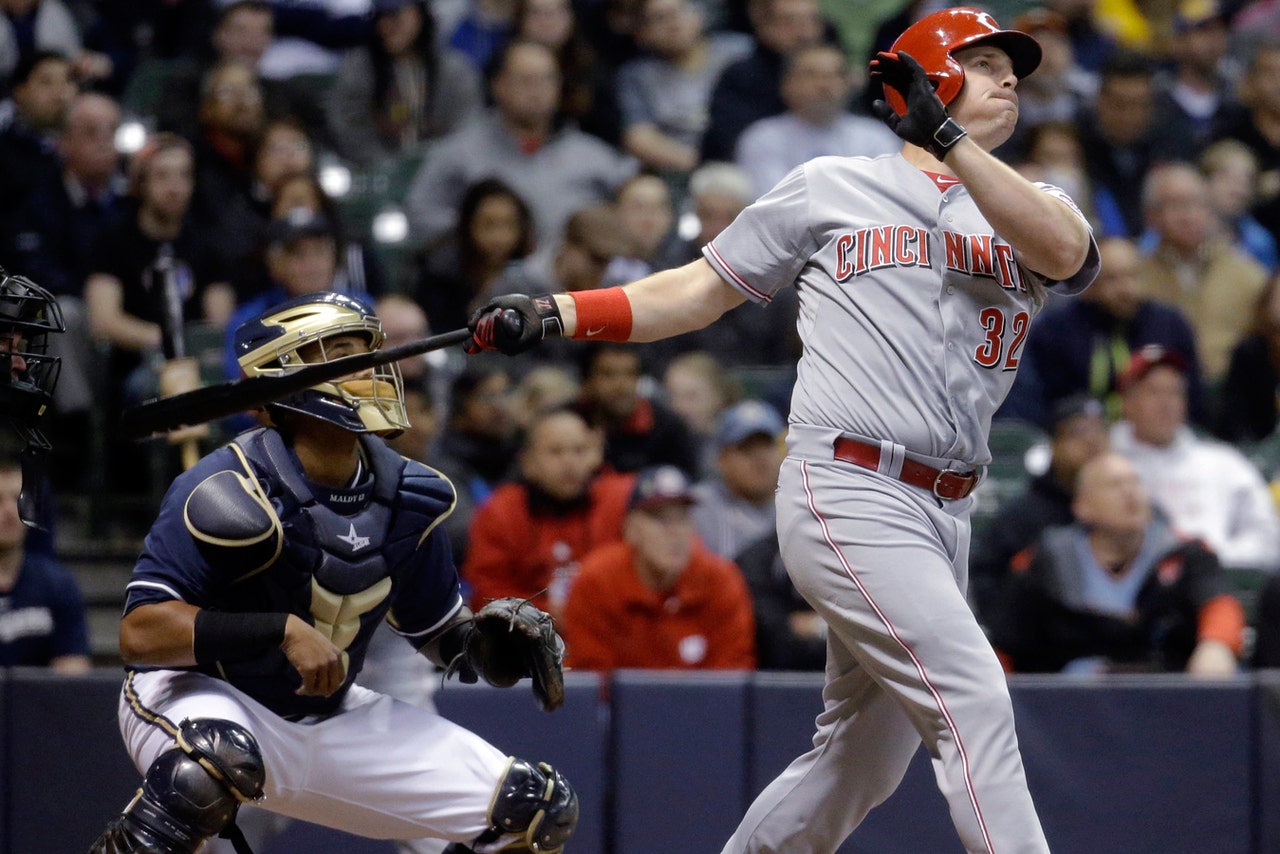 MILWAUKEE -- With the ways balls were flying around Miller Park, Tuesday night's meeting between the Cincinnati Reds and Milwaukee Brewers felt more like a weekend rec league softball game.

The Reds had more punch and capitalized on Milwaukee mistakes.

"It was one of those games that just didn't seem like it was going to end. Our offense came through," Frazier said.

The Reds offense has reawakened for 22 runs in two games in Milwaukee -- coming after manager Bryan Price went on a profanity-laced tirade in his pregame media session Monday.

Mike Fiers (0-3) was shelled for eight runs in four innings for Milwaukee, which lost its seventh straight. The Brewers have the worst record in the majors at 2-12.

For a change, the offense wasn't the main problem for the Brewers. They broke out for their highest-scoring game of the season despite a lineup littered with backups because of injuries.

"It's just a shame you score 10 runs and aren't even close to winning the game," manager Ron Roenicke said. "But real good job by a lot of the guys offensively. We'll just see if we can get a good outing pitching and see if we can continue the offense."

Elian Herrera, called up on earlier in the day, hit a grand slam in the sixth to get the Brewers to 13-10.

But the pitching staff just couldn't contain the Reds' bats. Cozart led off the top of the seventh with a solo shot.

"For us to score 10 there and not even be close to winning, I can't really explain it," Fiers said.

Jason Marquis (1-1) got the win despite giving up nine hits and five runs in five innings. He had eight strikeouts.

It was the fourth time in major league history that two teams combined for three grand slams, and the first since the Yankees hit three slams against Oakland on Aug. 25, 2011.

Reds first base coach Billy Hatcher was involved in one of the other games, hitting a grand slam for Houston in a 22-7 loss to the Cubs on June 3, 1987. It was the last time there were three grand slams in a game in which both teams hit at least one, according to STATS.

"You have some guys who never hit one and I'm talking about some of your best hitters," Hatcher said. "To see three in one game is crazy."