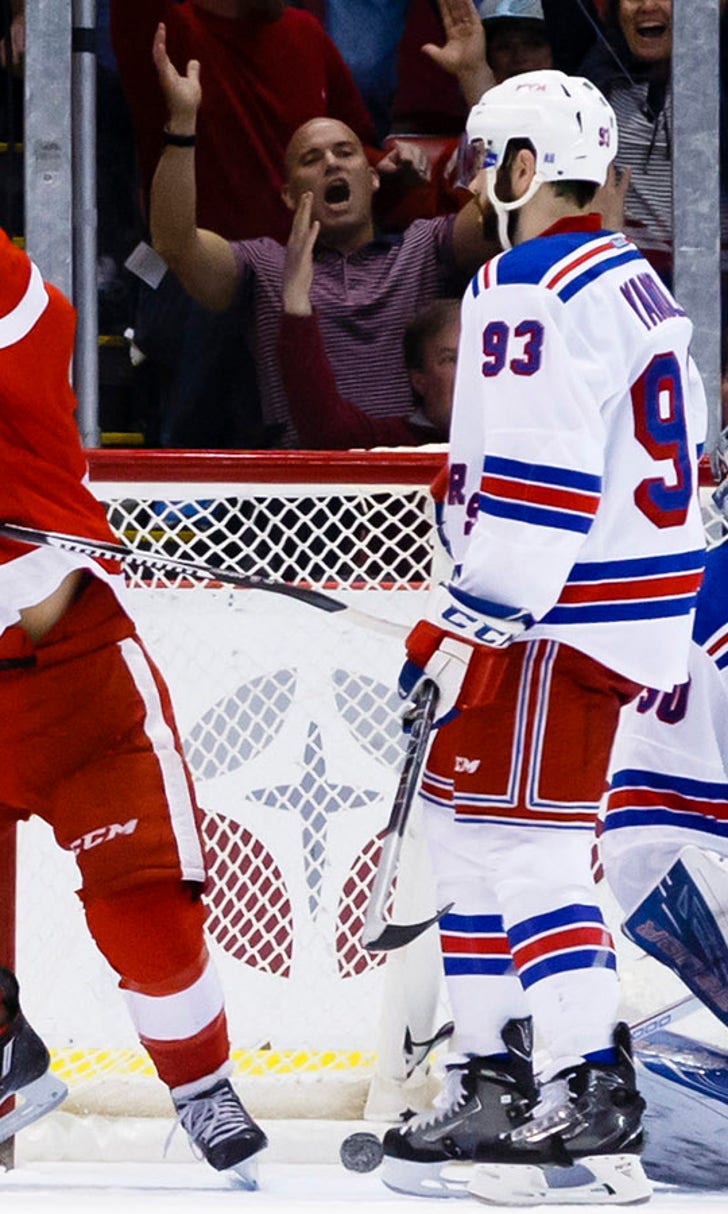 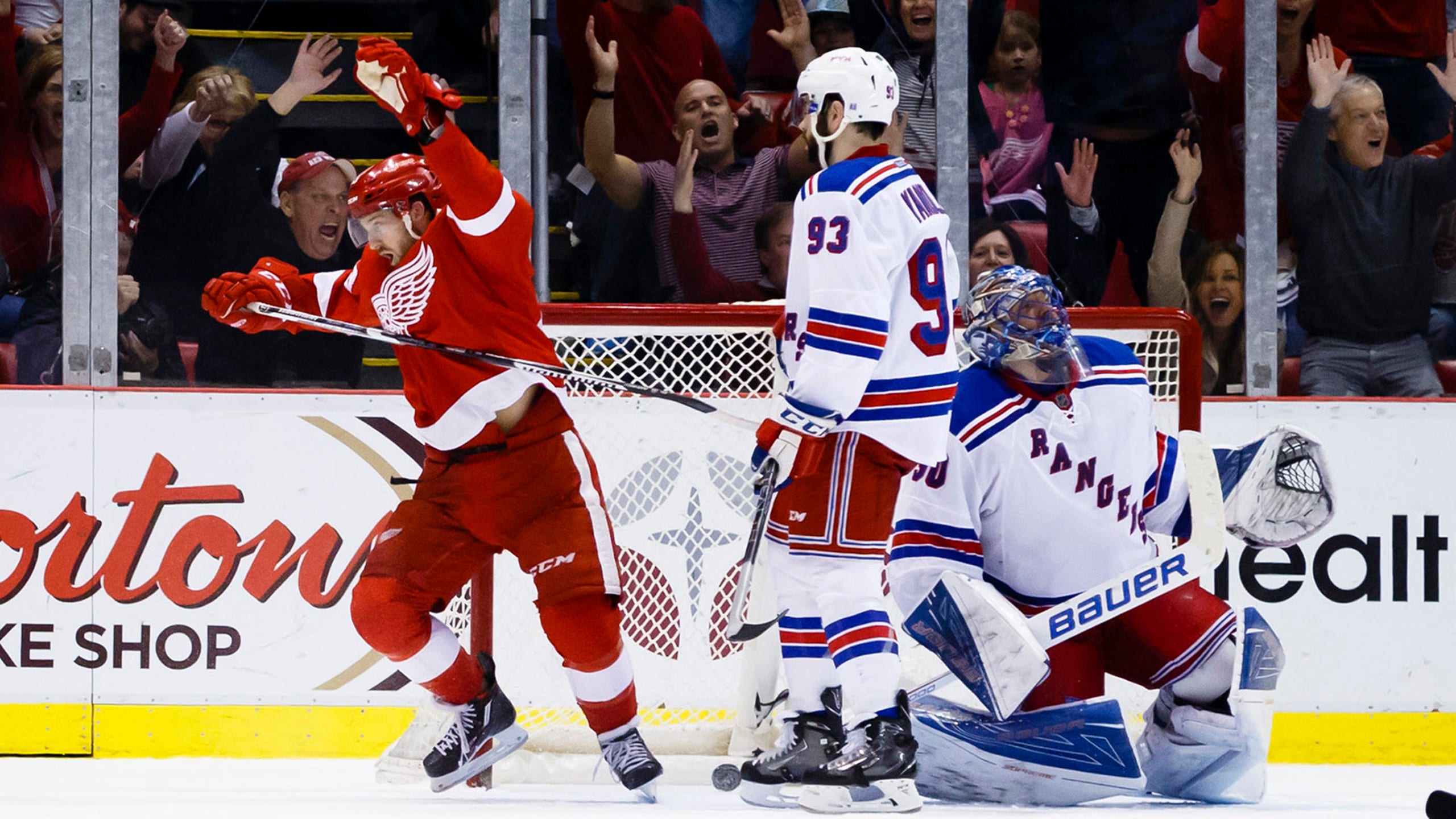 DETROIT (AP) -- For nearly 59 1/2 minutes, the Detroit Red Wings were on the wrong end of one of Henrik Lundqvist's superb performances.

Then the puck bounced right to Brad Richards, with the net open.

"He's a great goalie, a lot of big saves tonight. It was fortunate to get him when he was out of position there in the end," Richards said. "You've just got to keep peppering him."

Richards tied the game with 31.8 seconds left in the third period, and then Darren Helm scored in overtime to give the Red Wings a 3-2 victory over the New York Rangers on Saturday. Lundqvist made 40 saves in his first game since March 3, but Detroit finally broke through against the star goalie.

Helm also scored in the third period for the Red Wings. Derek Stepan and Chris Kreider scored for the Rangers, who also got Rick Nash back after an extended absence.

The Red Wings tied it in the final minute of regulation when Richards scored on a power play. Detroit had its goalie pulled at the time, and the Rangers twice came within inches of scoring into the empty net.

Ryan McDonagh shot the puck all the way down the ice at the open net, only to have it hit the left post. Moments later, Viktor Stalberg's attempt slipped just past the right post.

The Red Wings got the tying score when Henrik Zetterberg's shot bounced off teammate Justin Abdelkader in front of the net. Richards slammed the carom past Lundqvist from the right doorstep.

"When they hit the post dead-on, I said to myself, `Lots of times when that happens it turns around the other way,'" Red Wings coach Jeff Blashill said. "So I thought, `Boy, we might actually score here.'"

Lundqvist stopped a clean breakaway by Dylan Larkin in overtime, but Helm ended it with 1:57 remaining when he got a piece of Pavel Datsyuk's wrist shot on its way into the net.

"I picked it up fine and I saw it was coming at me, and when it went in I knew it had hit something," Lundqvist said. "It couldn't have went straight in on that angle."

Lundqvist had been out with neck spasms, and Nash hadn't played since Jan. 22 because of a bone bruise. Nash had two shots on goal in 17:12.

Detroit outshot the Rangers 15-7 in the first, but Lundqvist kept the puck out of the net, and New York opened the scoring on Stepan's goal in the final minute of the period.

Helm tied it early in the third with a wrist shot from the slot, and the Red Wings swarmed Lundqvist in the final minutes. Abdelkader got a little too close, taking a goaltender interference penalty with 5:42 remaining, and the Rangers took advantage when Kreider tipped in Keith Yandle's shot from the point to put New York up 2-1.

Eric Staal was called for holding with 2:05 to play, giving Detroit a last-ditch power play that the Red Wings converted.

Detroit moved a point ahead of Pittsburgh for the first wild card in the Eastern Conference. The Rangers, who moved three points ahead of the New York Islanders for second place in the Metropolitan Division, host the Penguins on Sunday.

"We came into a tough building and got a point. We'll take the point and move on," Rangers coach Alain Vigneault said. "I liked the way we played in the first period, battled hard. The second, I thought that was our best period of the game, and they made a push in the third."

NOTES: C Derick Brassard didn't play and remained in New York because of the flu. The Rangers also were without D Dylan McIlrath because of a knee injury. ... Detroit D Niklas Kronwall left in the second period with a lower-body injury.