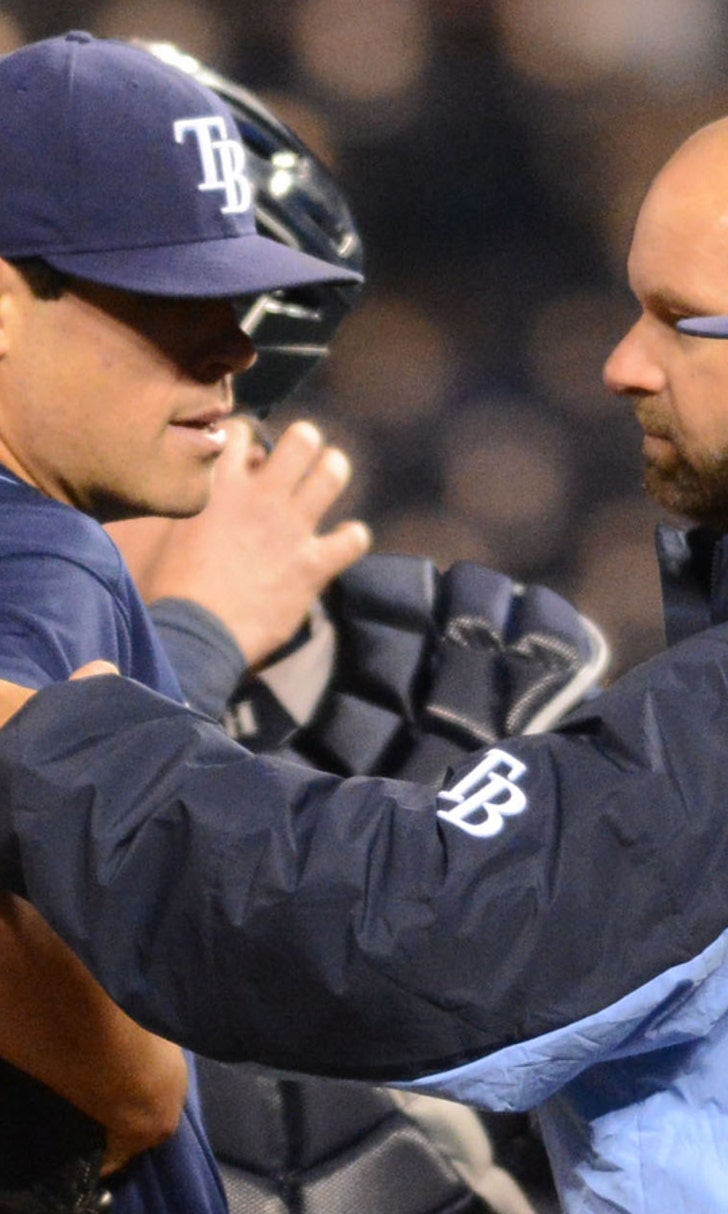 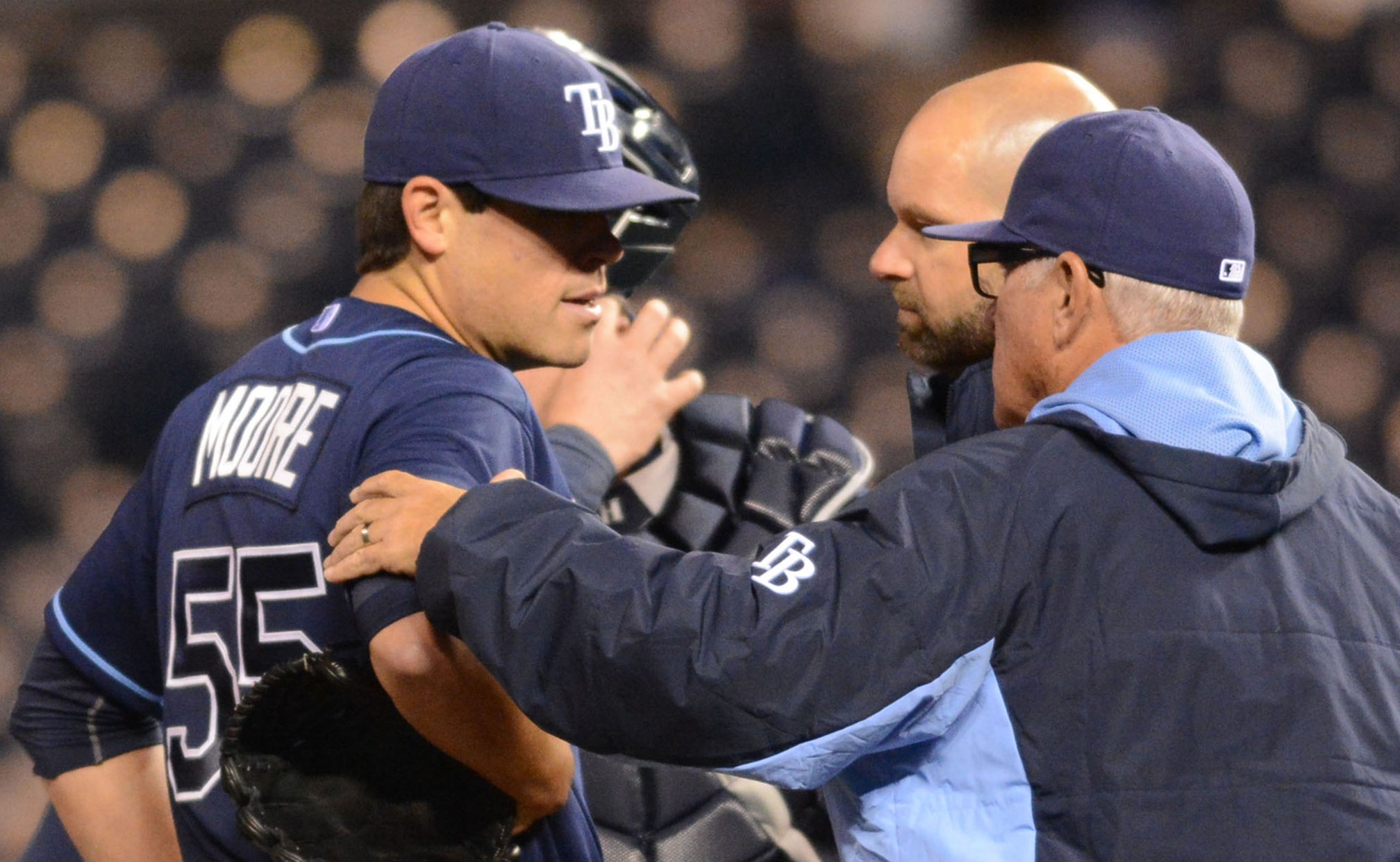 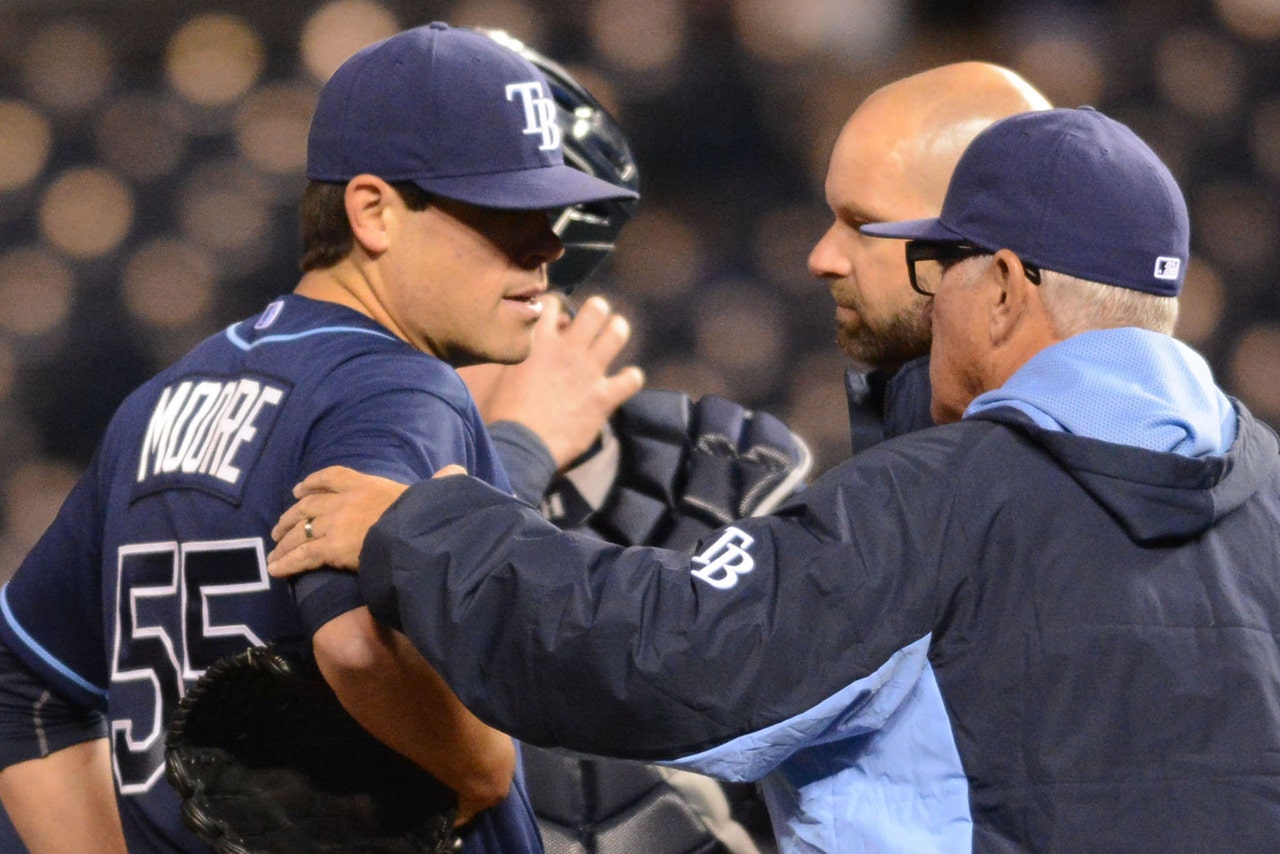 Matt Moore is headed to the 15-day disabled list.

The Tampa Bay Rays left-hander was placed on the DL on Tuesday, less than a day after he left in the fifth inning of the Kansas City Royals' 4-2 victory Monday night at Kauffman Stadium with elbow soreness. Left-hander Jeff Beliveau was promoted from Triple-A Durham.

"Maybe it's a hyperextension, it's kind of like a bruise," Moore told reporters Monday. "It's hard to find that uncomfortable feeling. ... It really came out of nowhere. There was no particular pain."