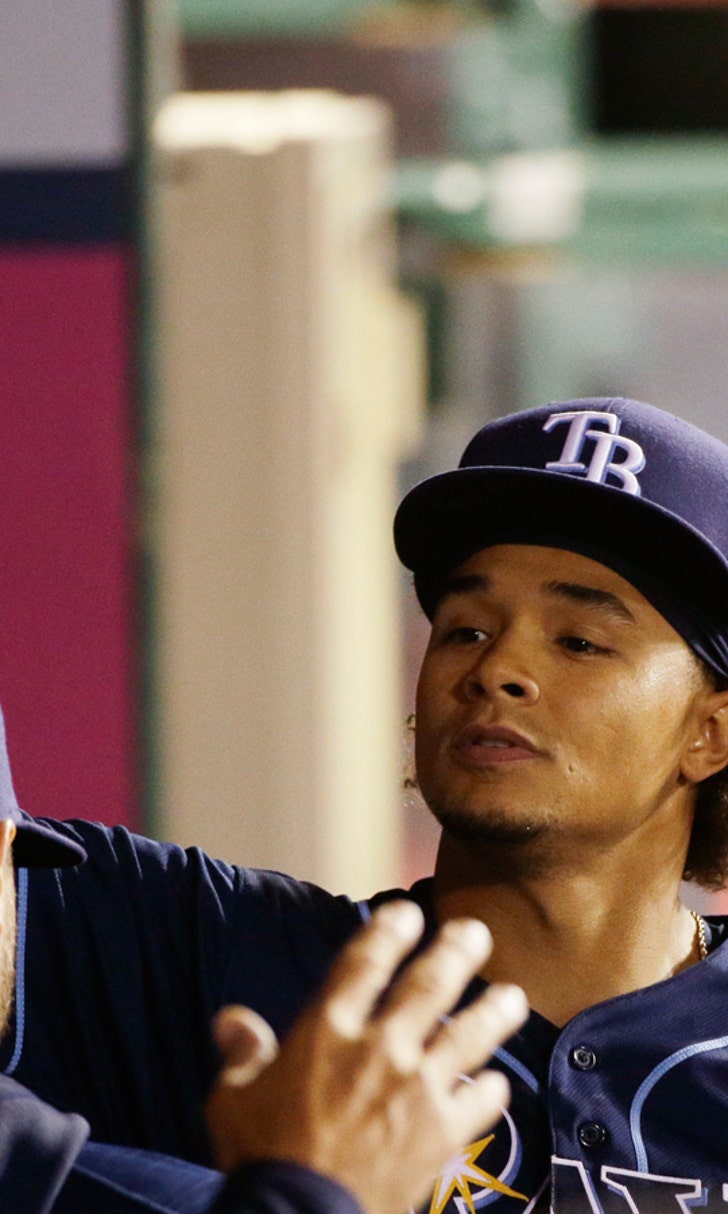 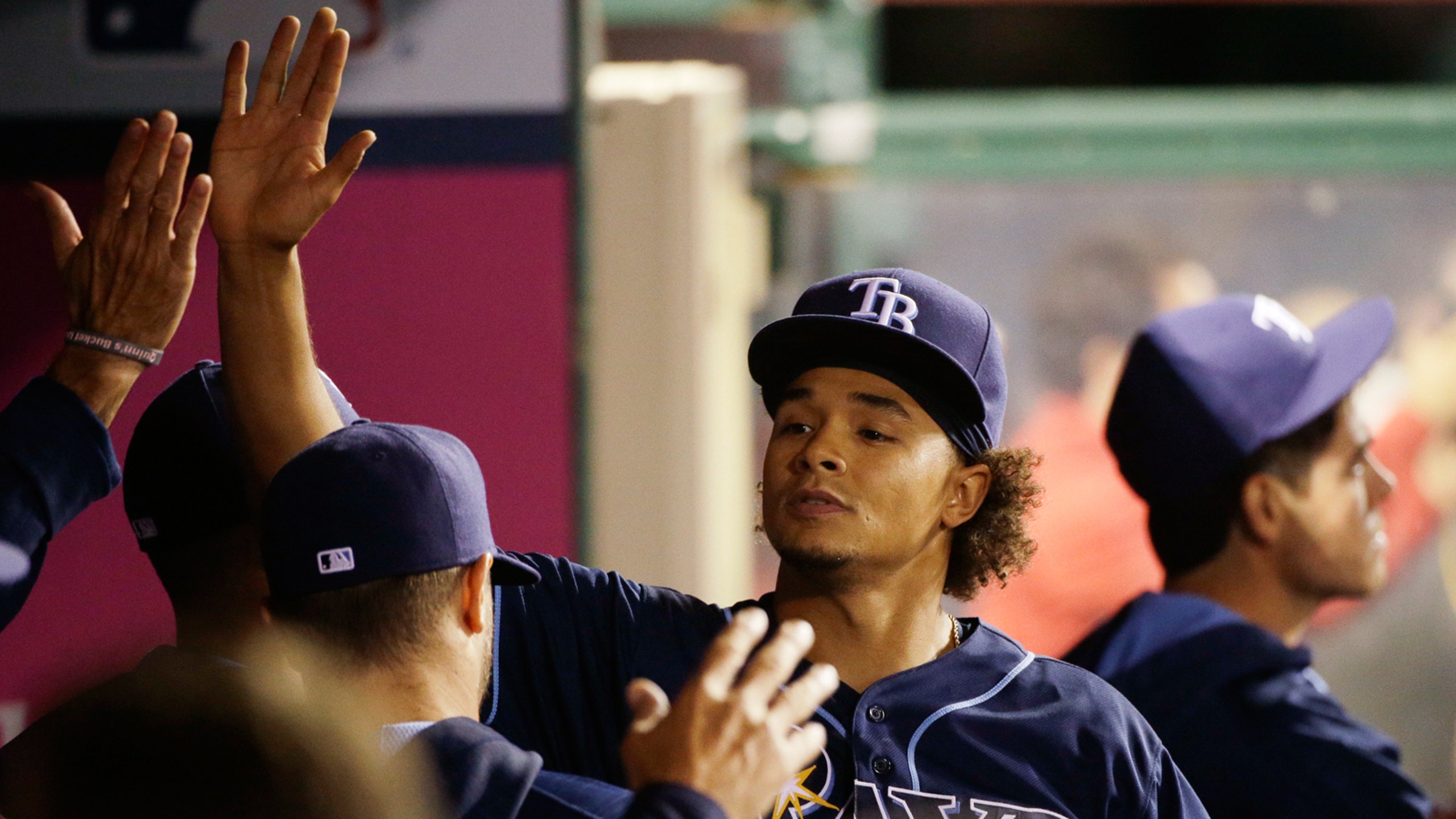 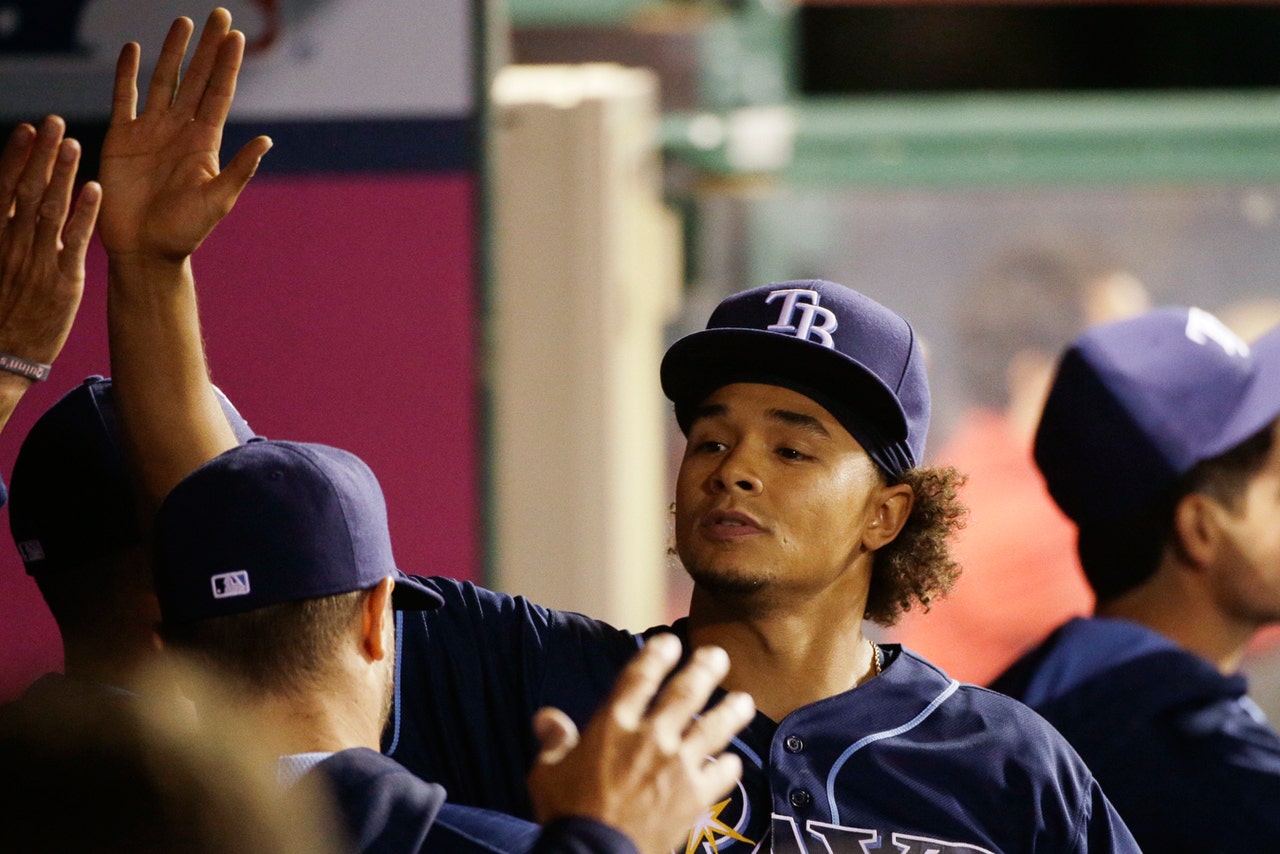 The Tampa Bay Rays right-hander threw six scoreless innings and did not allow the Los Angeles Angels slugger to hit a ball out of the infield in three at-bats on Friday night in a 5-2 victory.

Trout is 4 for 16 lifetime against Archer with five strikeouts.

"He usually brings out the best in me," said Archer, who was a teammate of Trout's with Team USA in 2010. "I don't know really what it is, but I usually come with it whenever he's up there."

Archer (2-4) scattered five hits, struck out six and stranded four runners in scoring position during his 100th major league start. Perhaps his biggest out was in the fifth, when he fielded a dribbler by Trout with two men on and and ran to the bag himself for the third out.

"That's what all elite pitchers do," Archer said. "As a whole, our staff has done a great job of that, and I'm happy just to fall in that category. I had three pitches working. We are all our toughest critics, and there's room for improvement, but I feel good about giving the team a solid chance to win."

Corey Dickerson snapped out of a career-worst, 0-for-23 drought with a three-run homer. Brad Miller added four hits, including a home run.

Archer, who fanned a franchise-record 252 batters last season and pitched in his first All-Star Game, is 5-1 with a 2.48 ERA in six career starts against the Angels. The last time he faced them on June 2, 2015, he joined former Angels lefty Frank Tanana as the only pitchers in the history of the "Big A" to strike out at least 15 batters without allowing a walk.

Cory Rasmus (1-1) gave up five runs and five hits in 2 1/3 innings in place of right-hander Garrett Richards, who was placed on the 15-day disabled list earlier in the day because of a torn ligament in his elbow and is done for the season.

"Garrett's in the right frame of mind for pitchers who have had serious injuries, and he will bounce back from it," manager Mike Scioscia said. "There's no doubt that our guys feel for Garrett as a teammate and a friend. So these guys also understand what we need to do -- compete on the field."

The Angels, who stranded 10 baserunners, got on the board in the seventh with a bases-loaded walk to Trout before Albert Pujols' towering, opposite-field drive to right was caught on the warning track by Steven Souza Jr.

Andrelton Simmons snapped a 0-for-21 drought with an RBI single in the Angels' eighth, but Alex Colome pitched a perfect ninth for his seventh save in seven chances.

Rasmus needed 25 pitches to get out of the Rays' four-run first inning. Logan Forsythe led off with a double to center field off the glove of a leaping Trout, who appeared to get a late start on the ball and couldn't hold onto it a few feet from the fence.

Forsythe advanced on a balk and scored on Evan Longoria's sacrifice fly. Dickerson capped the rally with his sixth homer on an 0-2 pitch after a single by Steve Pearce and a walk to Souza.

Miller homered to center leading off the third. The Rays loaded the bases later that inning, but Jose Alvarez retired Kevin Kiermaier on a bases-loaded grounder to second after an intentional walk to Brandon Guyer.

Tampa Bay loaded them up again in the fourth, but Javy Guerra got Pearce to fly out to shallow center and then struck out Souza.

Rays: The Rays will recall RHP Matt Andriese from Triple-A Durham to start Sunday's series finale. LHP Matt Moore has been pushed back to Monday at Seattle. ... Dickerson's homer was his first hit since his two-run shot on April 24 at Yankee Stadium. Eleven of his 16 hits this season have gone for extra bases.

Angels: Umpire Tom Hallion, who was scheduled to work home plate, wasn't able to perform his duties because of a personal issue. So Tony Randazzo called balls and strikes. The start of the game was delayed 10 minutes ... The Angels transferred Heaney to the 60-day disabled list, reinstated OF Daniel Nava from the DL, optioned OF Rafael Ortega to Triple-A Salt Lake and selected RHP Javy Guerra to the major league roster.

Angels: RHP Jered Weaver (3-1) is coming off an 8-5 loss at Milwaukee in which he gave up seven runs and 11 hits through five innings on Monday. He has allowed 11 homers in his 12 career starts against Tampa Bay, including eight in his last five.