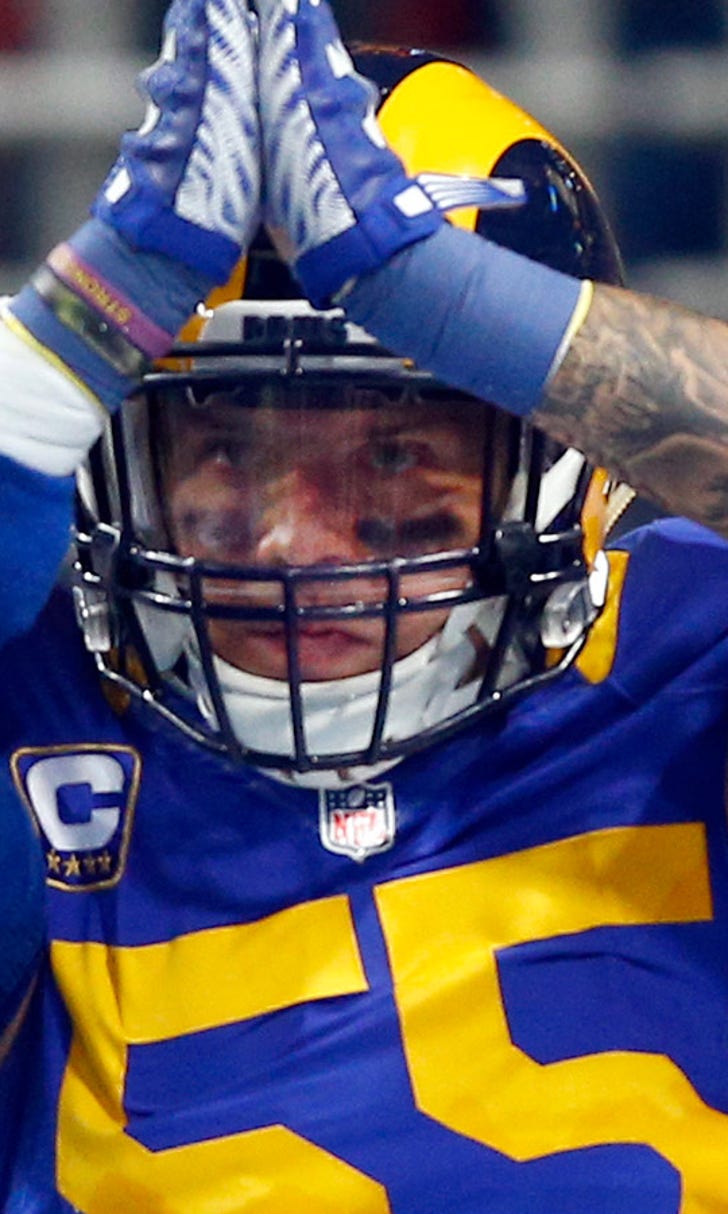 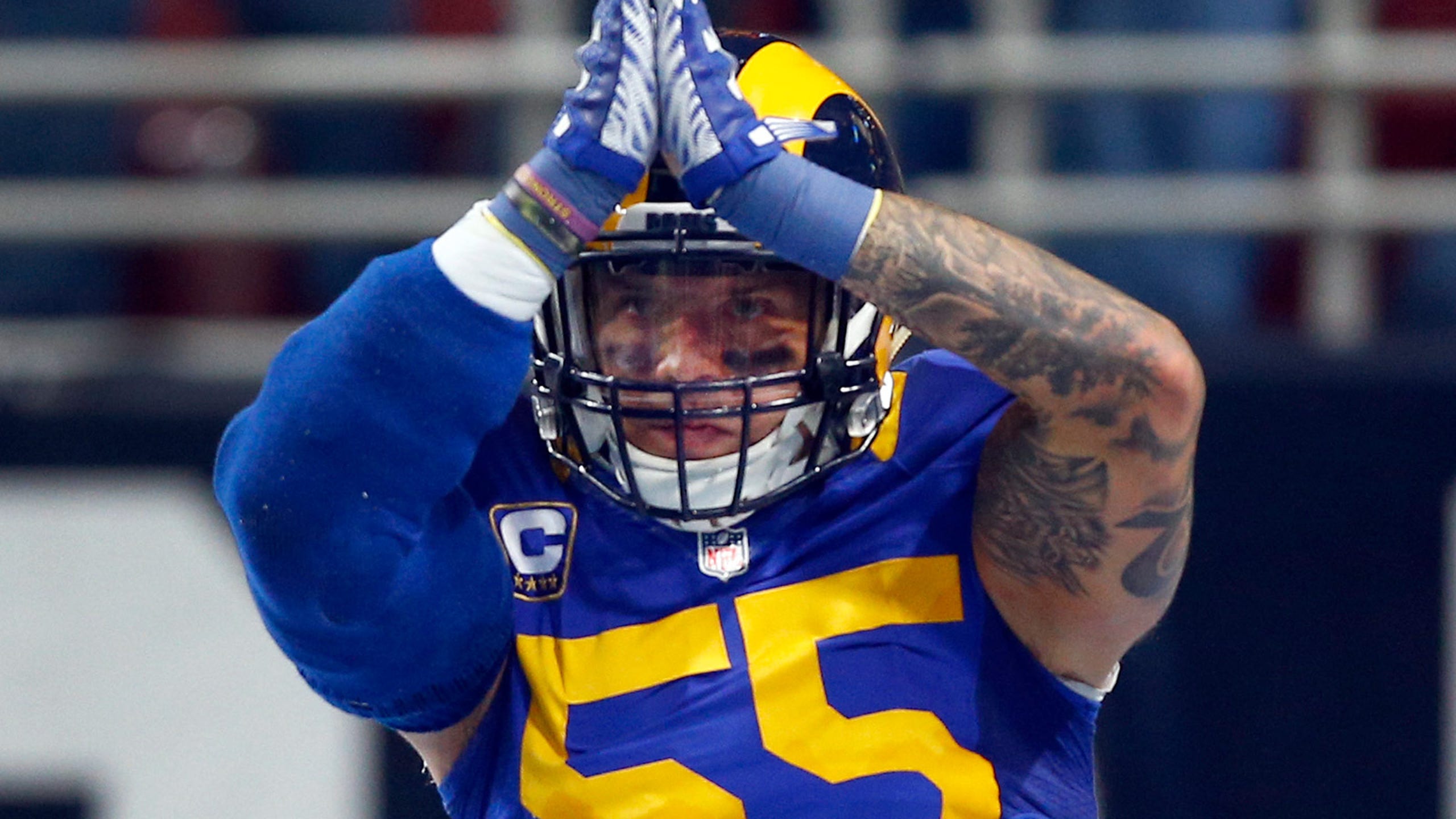 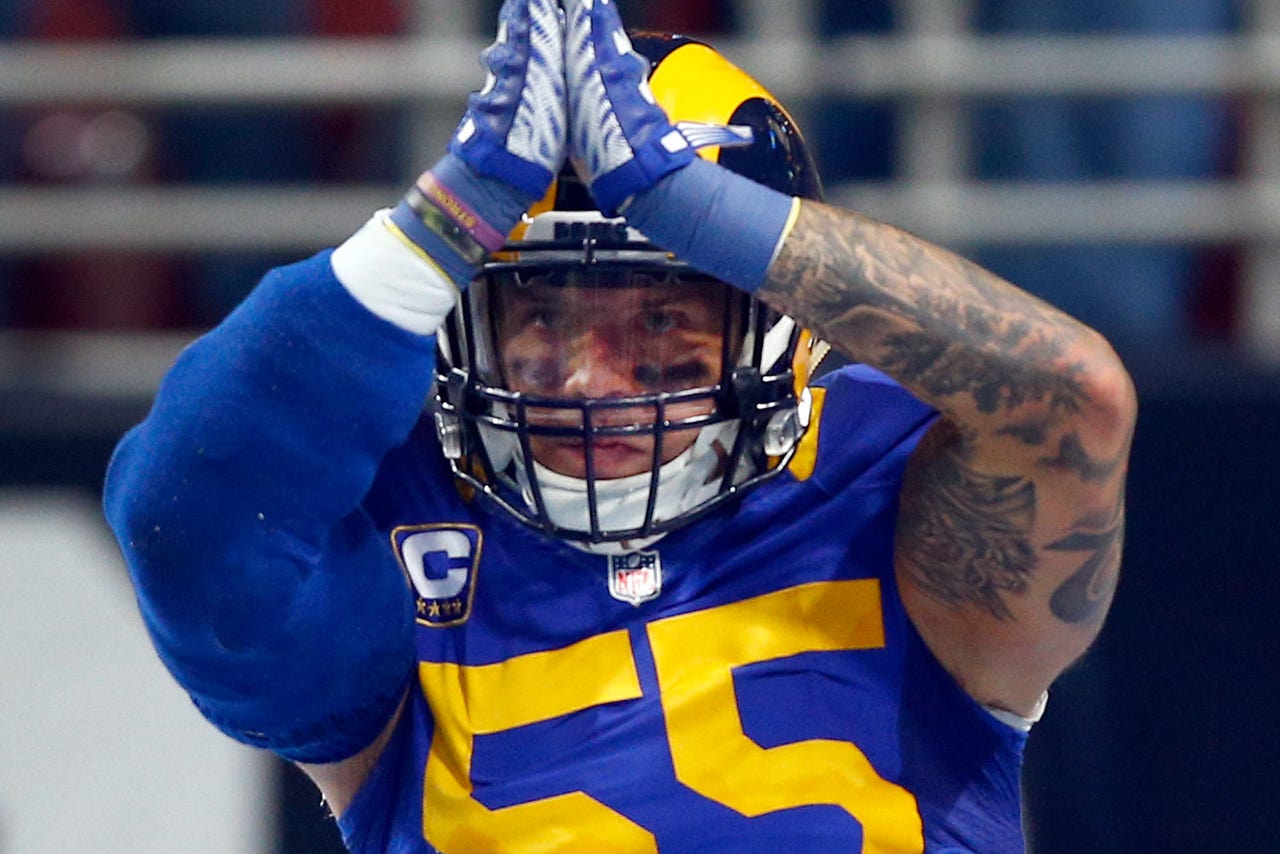 ST. LOUIS -- More and more, it's looking like the St. Louis Rams are for real.

They have a consistent threat in Todd Gurley, the first rookie in NFL history to rush for 125 or more yards in his first four starts. They've got a dominant defense that has allowed just four field goals the last two weeks. And they're showing more diversity on offense.

The Rams (4-3) would have had 200 yards rushing while also getting strong production from backup Tre Mason had they not lost a yard on three kneel-downs at the end of Sunday's 27-6 victory over the San Francisco 49ers. Nick Foles likely would have thrown for 200 yards for the first time since the opener -- he ended with 191 -- had the win not been in hand.

St. Louis is above .500 in November for the first time since 2006, and guarding against playoff talk.

"It feels really good, I'm not going to shy away from it," middle linebacker James Laurinaitis said. "Feels good, but there's also that part where you're not finished."

The next step will be trying to win three in a row for the first time since 2012, their first season under coach Jeff Fisher. The Rams are 2 1/2-point underdogs this week at Minnesota (5-2), which whipped them 34-6 in the opener last year in St. Louis.

Laurinaitis expects Adrian Peterson to have special incentive for this one.

"Trust me, he'll be all geared up to have a huge game with all this Todd Gurley talk," Laurinaitis said.

Fisher said Monday that players hadn't been overly enthusiastic after the victory, taking it in stride.

"Their mood after the game was good," Fisher said. "This was, 'OK, we got through it, we won, but we've got to play much better. You can't be satisfied."

There is plenty of source material to keep the team grounded. The Rams were just one for 12 on third downs on Sunday, the lone exception Tavon Austin's 66-yard touchdown reception off a short pass on third-and-3 in the fourth quarter.

The last two games, they're a paltry two for 21 on third downs.

"That just doesn't get it done," Fisher said after the game. "Pleased with the win, don't misunderstand me. We still have a lot of room for improvement."

Austin fumbled after a 24-yard reception to the San Francisco 26 in the first quarter, costing the Rams a scoring opportunity one play after making an exceptional catch by keeping both feet inbounds on a first-down grab. Kenny Britt dropped a potential 40-plus-yard catch off a well-timed throw from Foles in the first quarter.

Both the Rams and 49ers had 93 yards in penalties, San Francisco on 13 calls and St. Louis on 12. The Rams were whistled for nine penalties two weeks ago.

The Rams are still near the bottom of the league in offense, improving one spot to 30th. Aside from Gurley, the defense is leading the way, ranked sixth overall and first in the red zone, allowing just five touchdowns in 16 possessions.

The fact they haven't allowed a touchdown in two weeks pretty much says it all.

"It's hard to lose when you don't give up points," defensive end Robert Quinn said. "Guys want to be stingy."