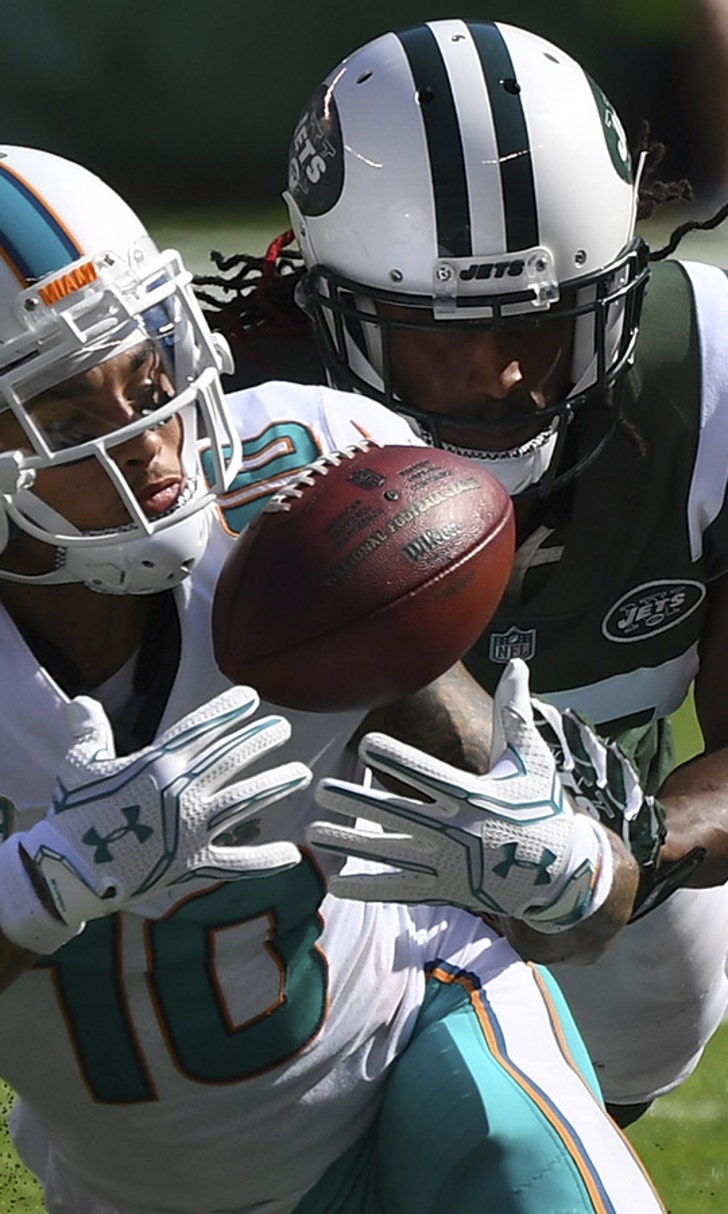 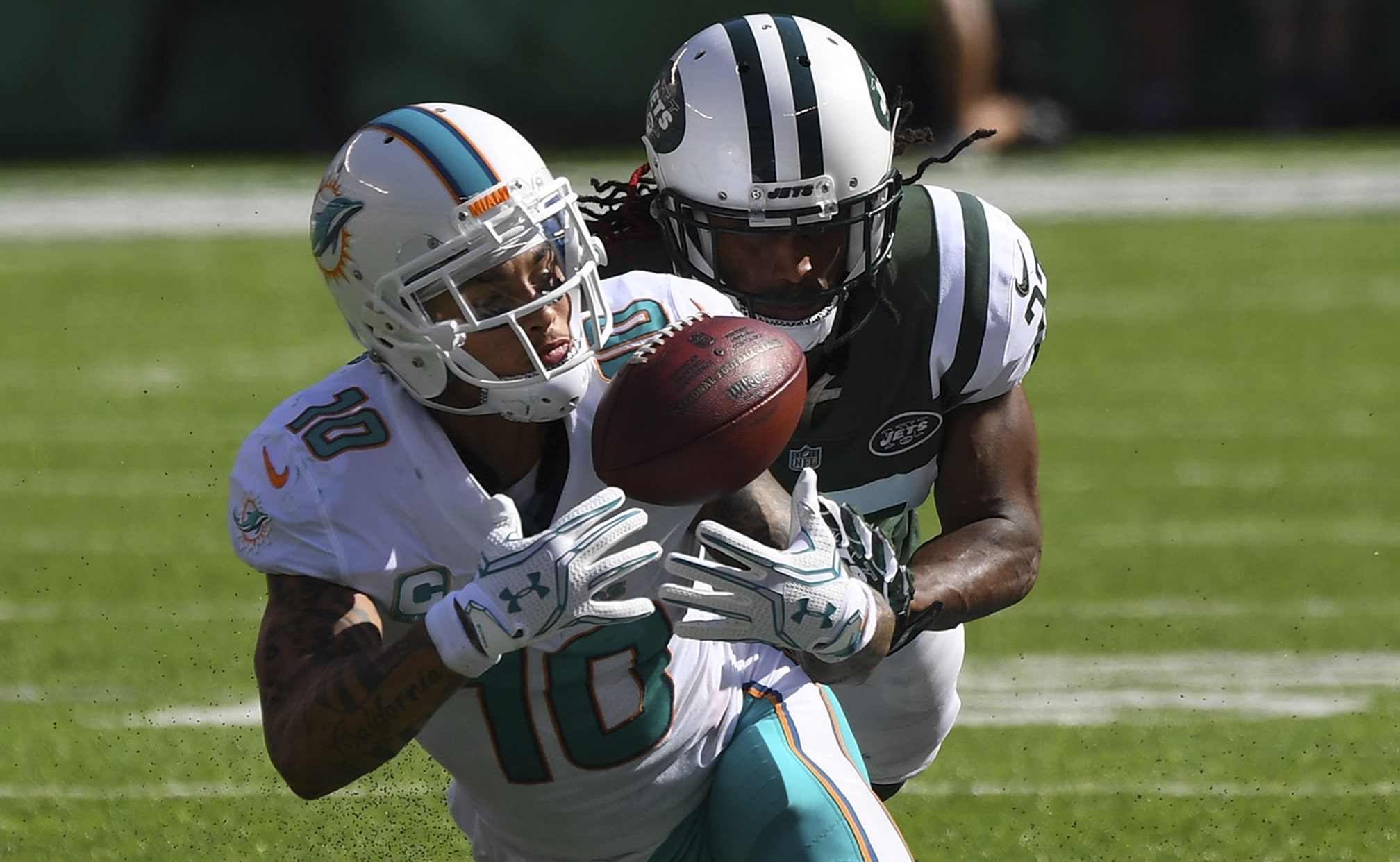 Preview: Dolphins look for measure of revenge in rematch with Jets 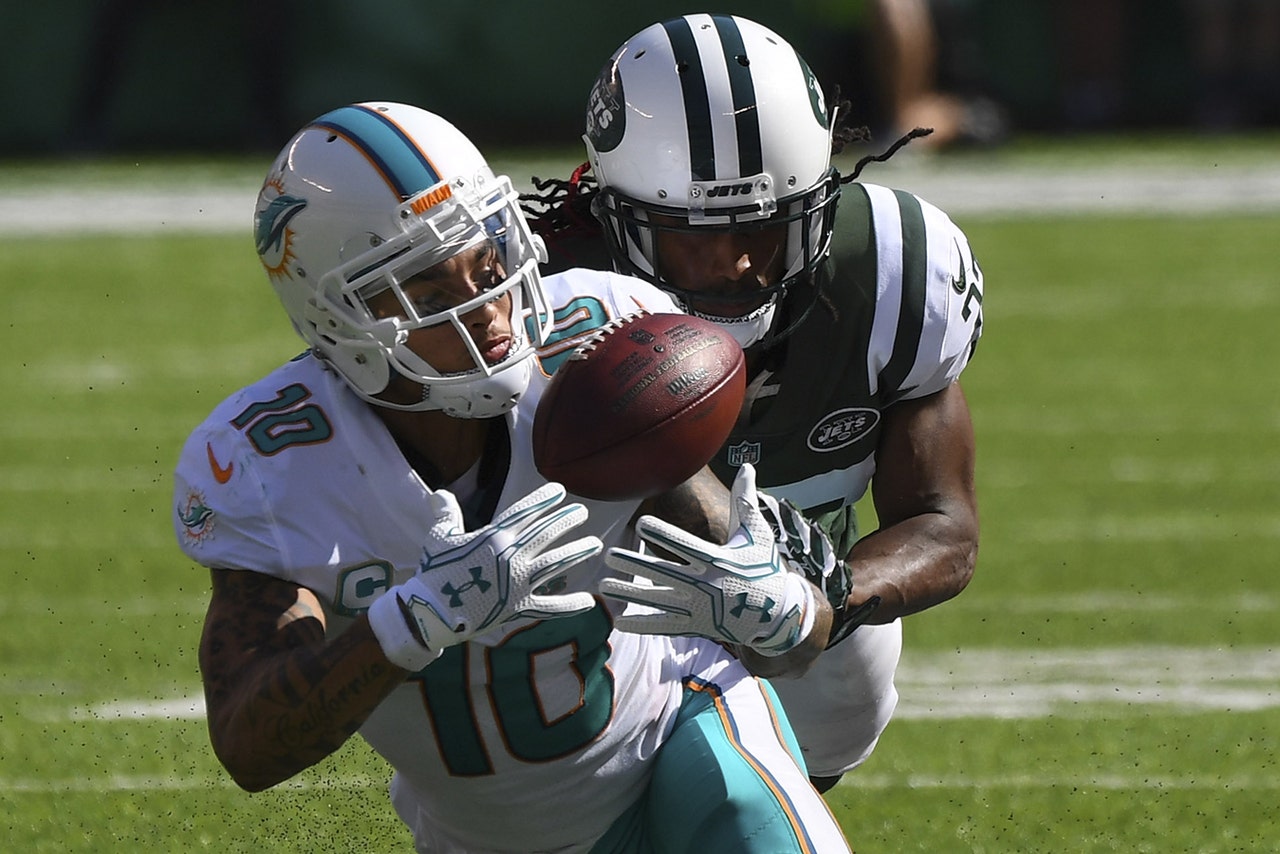 MIAMI GARDENS, Fla. (AP) -- The Miami Dolphins rank last in the NFL in half a dozen major offensive categories and have been outgained by 363 yards this season. Yet because they keep winning close games, only three teams in the AFC have a better record.

"We r not normal," reads a T-shirt players recently began to wear.

That shirt would fit the New York Jets, who have been soft against the run and awful in the fourth quarter, but won respect in a loss last week.

Not normal. It's also not normal for the two overachieving AFC East rivals to meet twice before the season's halfway point, but their 2017 rematch will come Sunday.

The Dolphins are coming off their best game of the season, a 20-17 victory at Atlanta. They rallied from a 17-0 halftime deficit against the defending NFC champions and jump-started an offense that totaled three touchdowns in the first 18 quarters of the year.

"We live in a different world in our building," Gase said. "What everybody else thinks and what we think are way off."

The rebuilding, surprising Jets are coming off their best defeat. An overturned Jets touchdown was the difference as they lost 24-17 to defending Super Bowl champion New England.

New York began the season with low expectations, but is only a game behind the division-leading Patriots.

"We're probably a little disappointed that we're sitting here at 3-3, but at the same time not discouraged," quarterback Josh McCown said. "We are improving every week in different areas, and we feel good about that."

The Dolphins are above .500 even though a series of events could have derailed the season. Quarterback Ryan Tannehill suffered a season-ending knee injury in training camp; the opener was postponed because of Hurricane Irma; linebacker Lawrence Timmons briefly went AWOL; and offensive line coach Chris Foerster resigned after a video surfaced showing him snorting white powder.

At that point, Gase had the "We r not normal" T-shirts made.

"When things start going in different directions and the sky is falling for everyone else and our guys are just plugging along, I felt like it was a good week to give those out," Gase said. "The guys embraced that. The things they've fought through, a lot of people wouldn't have done what they've done so far."

After running for 256 yards against Jacksonville in Week 4, the Jets' ground game has gone mostly silent.

New York gained 34 yards rushing at Cleveland two weeks ago, with Matt Forte out with turf toe and Bilal Powell straining a calf early in the game. Forte returned last Sunday, but he and rookie Elijah McGuire each ran for just 22 yards as the Jets netted 74.

The versatile Powell, who leads New York with 240 yards rushing, will return this week -- which would be a big boost for the suddenly slumping backfield.

"We have to keep working it and improving it because it has to be part of what we do," McCown said. "We weren't able to run the ball as effectively (Sunday) as we'd like and we have to look at why. ... We have to be better, we know that. We have to be more balanced."

Defensive ends Muhammad Wilkerson and Leonard Williams were projected to be the big playmakers of a defensive line that was expected to be one of the Jets' strengths this season. Instead, the duo has been mostly quiet, with no sacks through six games and combining for eight quarterback hurries -- seven of them from Williams.

The Jets have seven total sacks, which ranks second-to-last in the NFL, and none has come from a defensive lineman.

"We know that once we stop the run, we make a team one-dimensional," Wilkerson said. "We just basically have to stop the run."

Jay Cutler has been much better this year when he has time to throw, but drew boos in his Dolphins home debut two weeks ago, when fans chanted for backup Matt Moore.

"If they want to chant, they can chant," Cutler said. "We've got to give them a better product on offense to root for."

Cutler ranks 32nd in the league in yards per completion.

Austin Seferian-Jenkins has quickly made up for lost time.

The Jets tight end was suspended for the first two games for violating the NFL's substance abuse policy last year while he was with the Tampa Bay Buccaneers. But in the four games since, Seferian-Jenkins leads NFL tight ends with a career-high 23 catches, two more than Philadelphia's Zach Ertz.