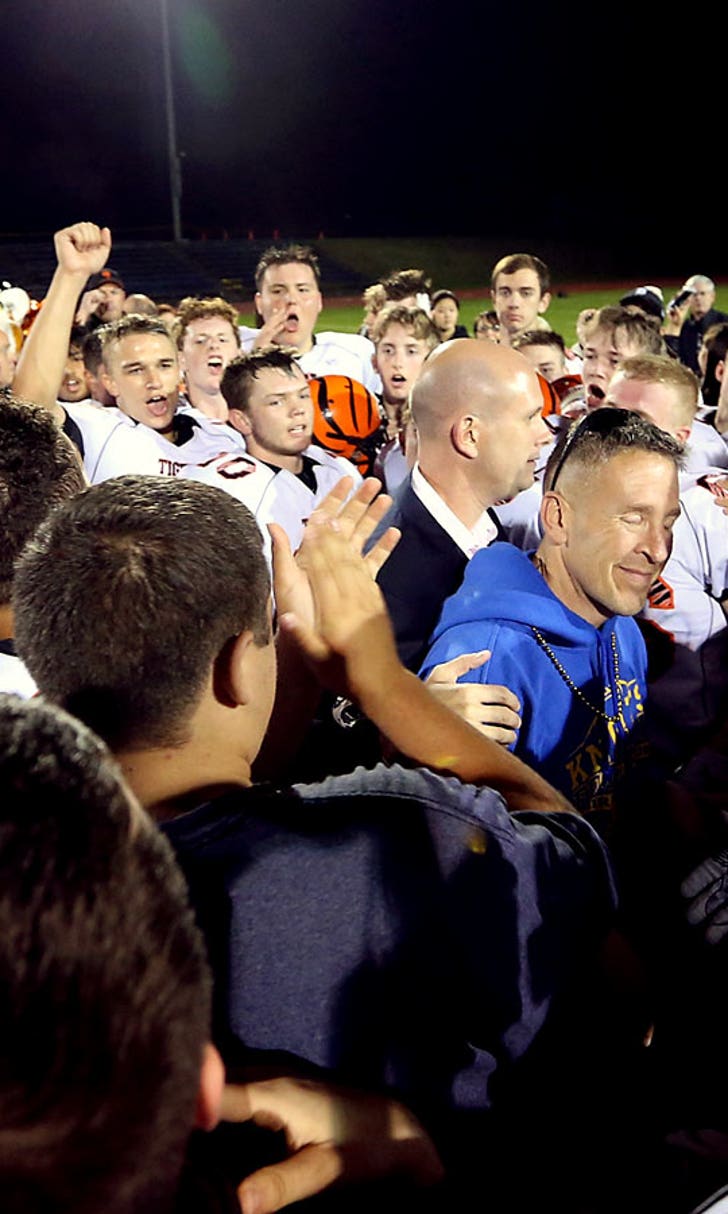 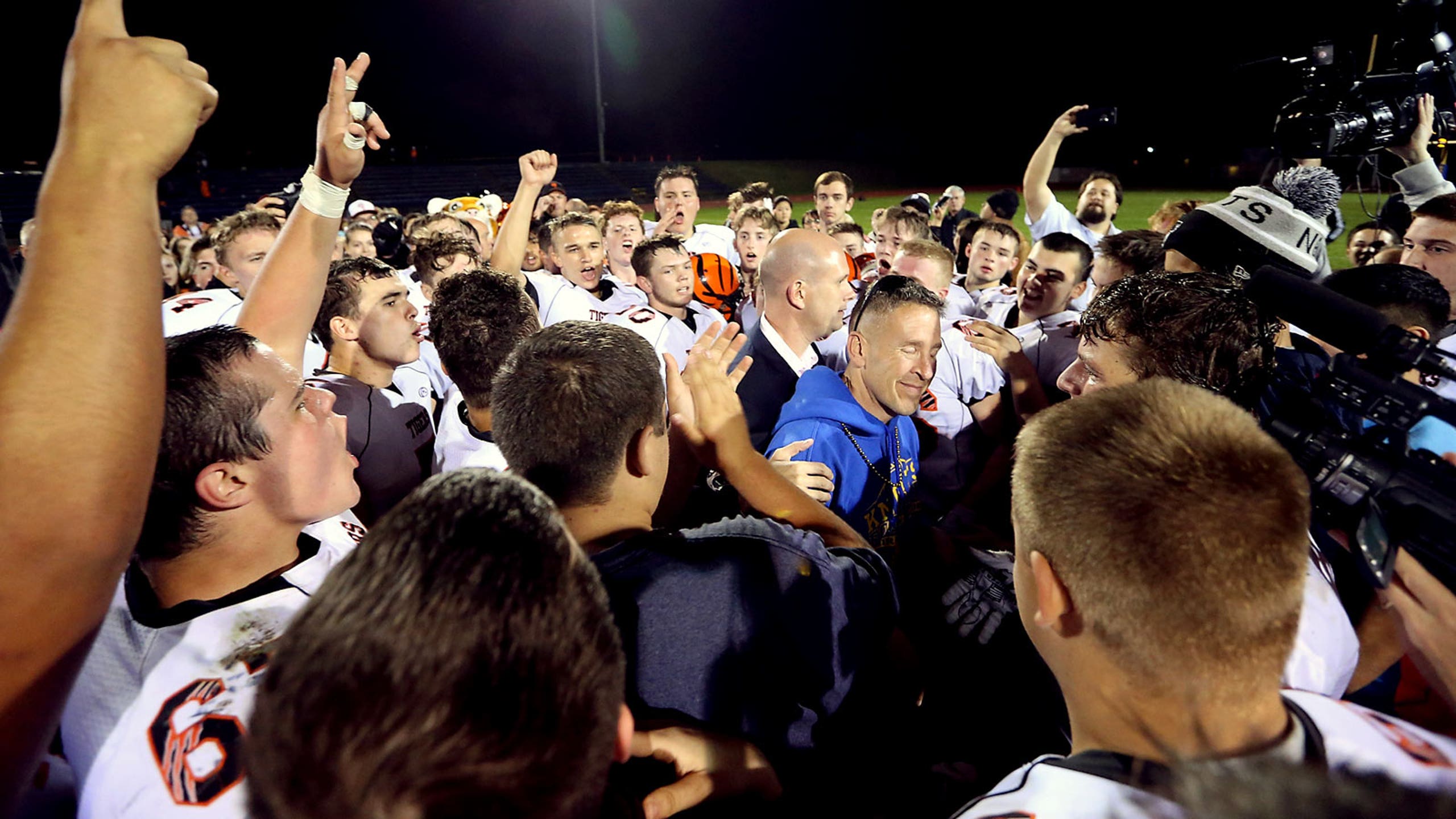 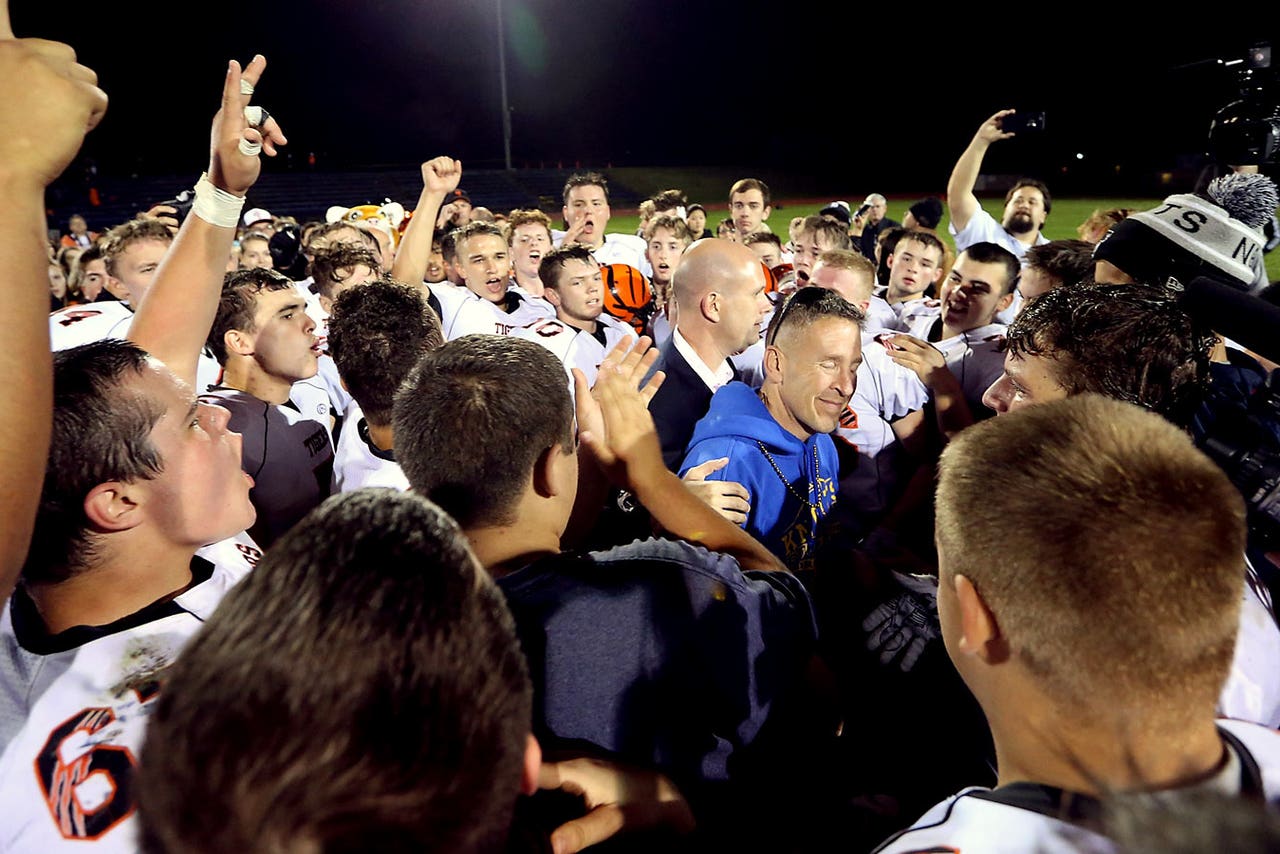 SEATTLE — The coach of a Washington state high school football team who prayed at games despite orders from the school district to stop was placed on paid administrative leave Wednesday.

Bremerton School District officials said in a statement that assistant football coach Joe Kennedy's leave was necessitated because of his refusal to comply with district directives that he refrain from engaging in overt, public religious displays on the football field while on duty as a coach.

Kennedy has vocally engaged in pregame and postgame prayers, sometimes joined by students, since 2008. But the practice recently came to the district's attention, and it asked him to stop.

He initially agreed to the ban, but then, with support from the Texas-based Liberty Institute, a religious-freedom organization, he resumed the postgame prayers, silently taking a knee for 15 to 20 seconds at midfield after shaking hands with the opposing coaches. His lawyers insist he is not leading students in prayer, just praying himself.

"While the district appreciates Kennedy's many positive contributions to the BHS football program, and therefore regrets the necessity of this action, Kennedy's conduct poses a genuine risk that the District will be liable for violating the federal and state constitutional rights of students or others. For this reason, Kennedy will not be allowed to further violate the District's directives," the statement said.

The district said Kennedy remains employed by the district and unless his status changes, will be paid through the remainder of his contract term. He won't be allowed to participate in any activities related to the Bremerton football program although the district said he can attend games as a member of the public.

The controversy has focused attention on Bremerton, across the Puget Sound west of Seattle, and on the role of religion in public schools. On Tuesday, dozens of lawmakers in the Congressional Prayer Caucus sent a letter to the superintendent expressing support for the coach.

Also this week, The Satanic Temple, which has 42 members in its Seattle chapter, announced that its members were open to being invited to a game, and a few students and teachers extended such invitations. The organization doesn't believe in Satan except as "a potent symbol of rebellion against tyranny," it says on its website. It's an atheist group that rejects the notion of supernatural deities and espouses values such as scientific inquiry and compassion, it says.

The group suggested that by allowing the coach to continue praying, the district has created a forum for religious expression open to all groups. It requested permission to perform an invocation on the field after the game. The district had not responded as of Wednesday and did not respond to a request for comment regarding the group.

"It's surprising and shocking," Sasser said.

He said they plan to file a charge of discrimination with the Equal Employment Opportunity Commission, which he said is a next step.