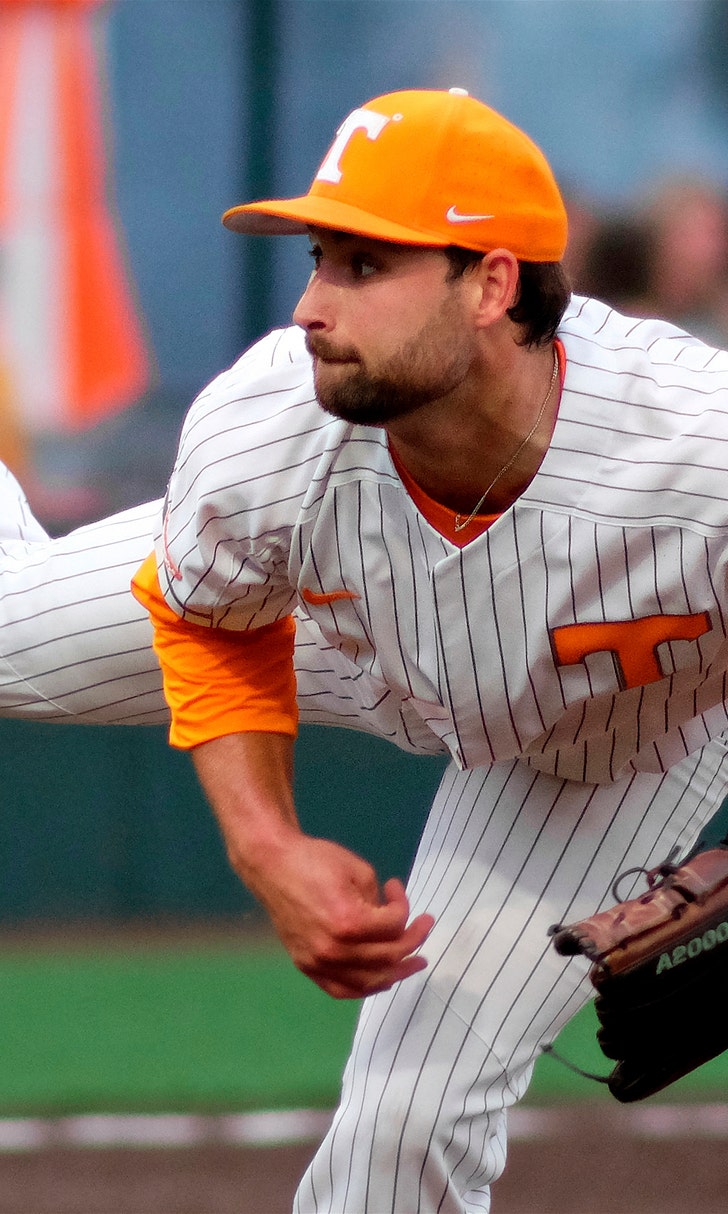 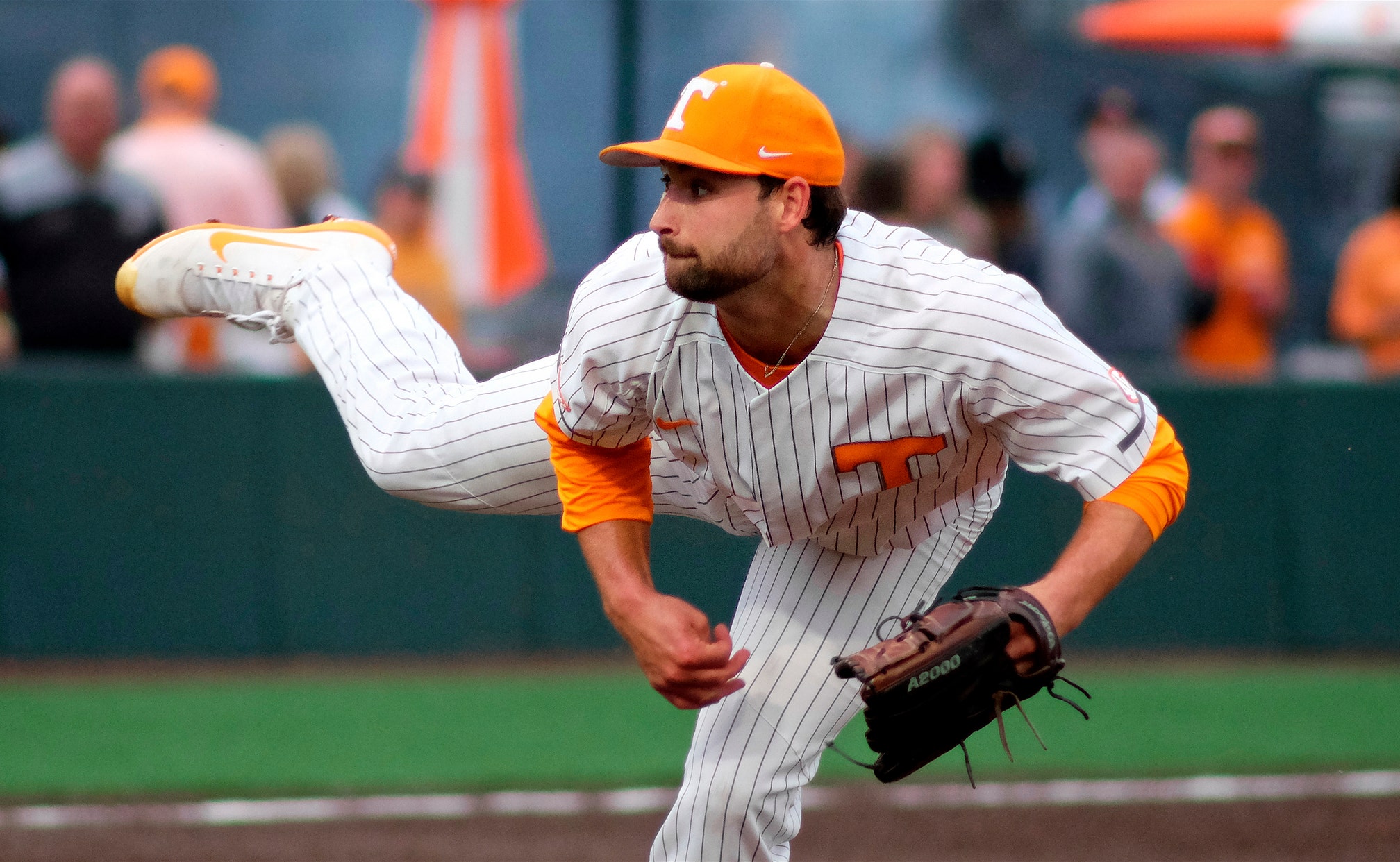 Pitching carrying Vols toward their 1st NCAA bid since 2005

Tennessee's pitching has given the Volunteers an excellent opportunity to end the Southeastern Conference's longest NCAA Tournament drought.

The Vols (30-11, 9-9 SEC) have allowed two runs or less in seven of their last eight games. Tennessee has gone 7-1 during that stretch and won three straight at Kentucky over the weekend for its first road sweep of an SEC opponent since 2010.

"It's a little bit contagious," said Tennessee reliever Redmond Walsh, who has seven saves and an 0.35 ERA. "We have a bunch of competitive pitchers. When you go out and see somebody put a zero on the board, you want to go out and continue that."

Tennessee is eighth in the RPI as it seeks its first NCAA bid since reaching the College World Series in 2005.

The only Power Five programs with longer NCAA Tournament absences are Northwestern (1957), Pittsburgh (1995) and Penn State (2000).

"For (us to have) postseason activity or to continue winning in the league, it gives fans and donors and administration and our players affirmation that OK, progress is not just a word that's being thrown around to make things sound good," Vols coach Tony Vitello said. "There's something you can attach to it or visually see."

After upgrading its locker room and installing a new artificial surface at Lindsey Nelson Stadium in the offseason, Tennessee opened 15-0 with shutouts in its first four games.

"As soon as we started playing, we just had a different vibe to us," junior pitcher Garrett Stallings said. "We had a little bit more attitude. We weren't going to let people push us around."

The Vols have started seasons strong before, only to hit a wall once SEC play begins. When Tennessee got swept at Auburn in its first SEC series, it looked like that pattern might continue.

Not this time. Tennessee is back at .500 in the SEC after losing six of its first eight conference games. Tennessee already has exceeded its win total from last season, when it finished 29-27.

Tennessee's ERA has improved from 4.56 last season to 2.74 this year. Vitello says the pitchers have benefited from stronger team fielding, a major weakness last season.

"I went into the summer and kind of redeveloped my breaking balls and found an out pitch with my curveball, which has helped me tremendously this season," Stallings said. "Last season, I kept getting in jams and (giving up) single after single and I could never really stop the bleeding during innings. Now I have the ability to get a strikeout when I need it."

UCLA (30-7) remains the consensus No. 1 team after winning two of three against California. Oregon State (28-8-1) and Stanford (27-6) are Nos. 2 and 3 by DIBaseball.com while Collegiate Baseball newspaper has those two teams flip-flopped. Baseball America rates Stanford No. 2 and Georgia (33-8) No. 3.

Georgia beat Clemson 3-2 in a 20-inning game that lasted 6 hours, 33 minutes. Freshman Connor Tate ended it with a bases-loaded walk-off single. The 20 innings were school records for both teams. Each team used seven pitchers, with Georgia striking out 26 and Clemson fanning 24.

West Virginia's surge in the Big 12 has coincided with the work of Alek Manoah. The 6-foot-6 junior has struck out 15 batters in each of his last two starts — both complete-game shutouts — and has thrown 31 2-3 straight shutout innings. Manoah (6-2) has struck out 11 or more five times and his ERA has improved to 1.81 from 4.00 a year ago. The Mountaineers (24-14, 8-7) have won four conference series in a row and enter the week tied for third in the league. They've finished no higher than fourth since joining the Big 12 in 2012.

Struggling LSU got a timely performance from freshman Cole Henry, who struck out a career-high 12 in 5 1-3 innings as the Tigers ended a four-game losing streak with a 13-1 win over Florida on Friday. The Tigers (26-15, 11-7) won the series and are one game behind Arkansas in the SEC West.

Maine's Nick Silva had a no-hitter going after allowing five base runners — on an error, two walks, a hit batter and fielder's choice — but was two outs from losing the game 1-0. That's when freshman Ryan Turenne pinch-hit a grand slam in the bottom of the seventh inning for a 4-1 walk-off win over Massachusetts on Friday. UMass' run came on a passed ball.