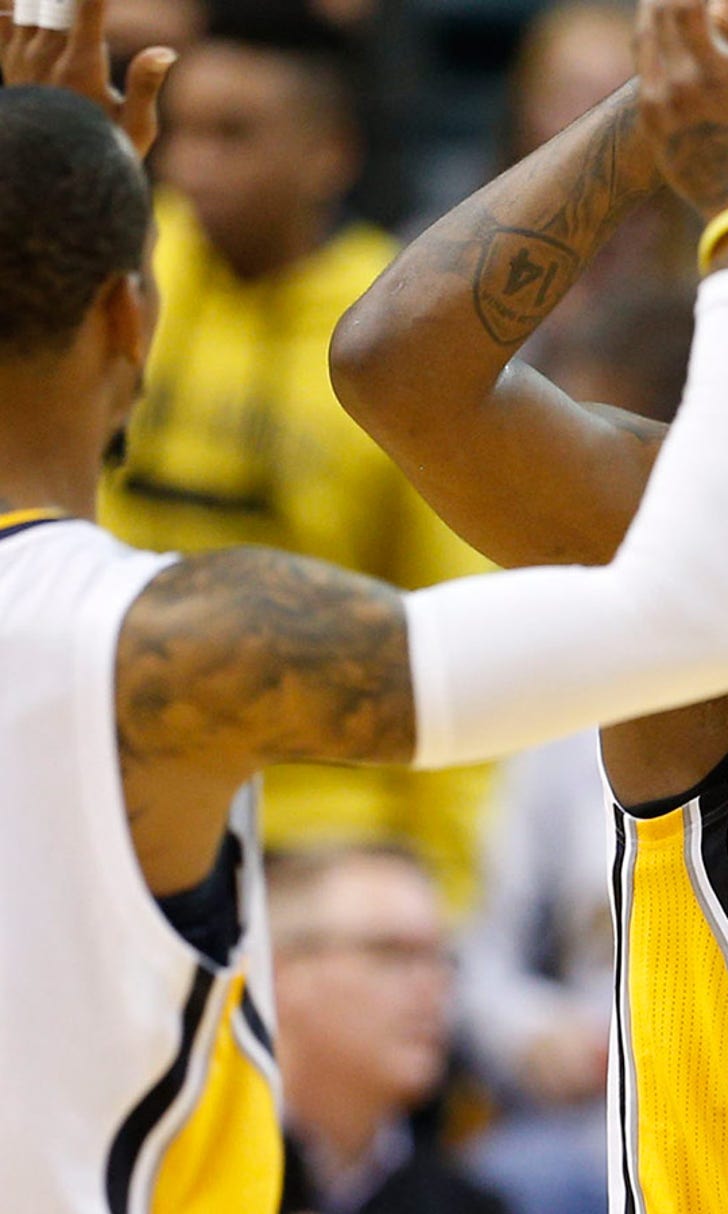 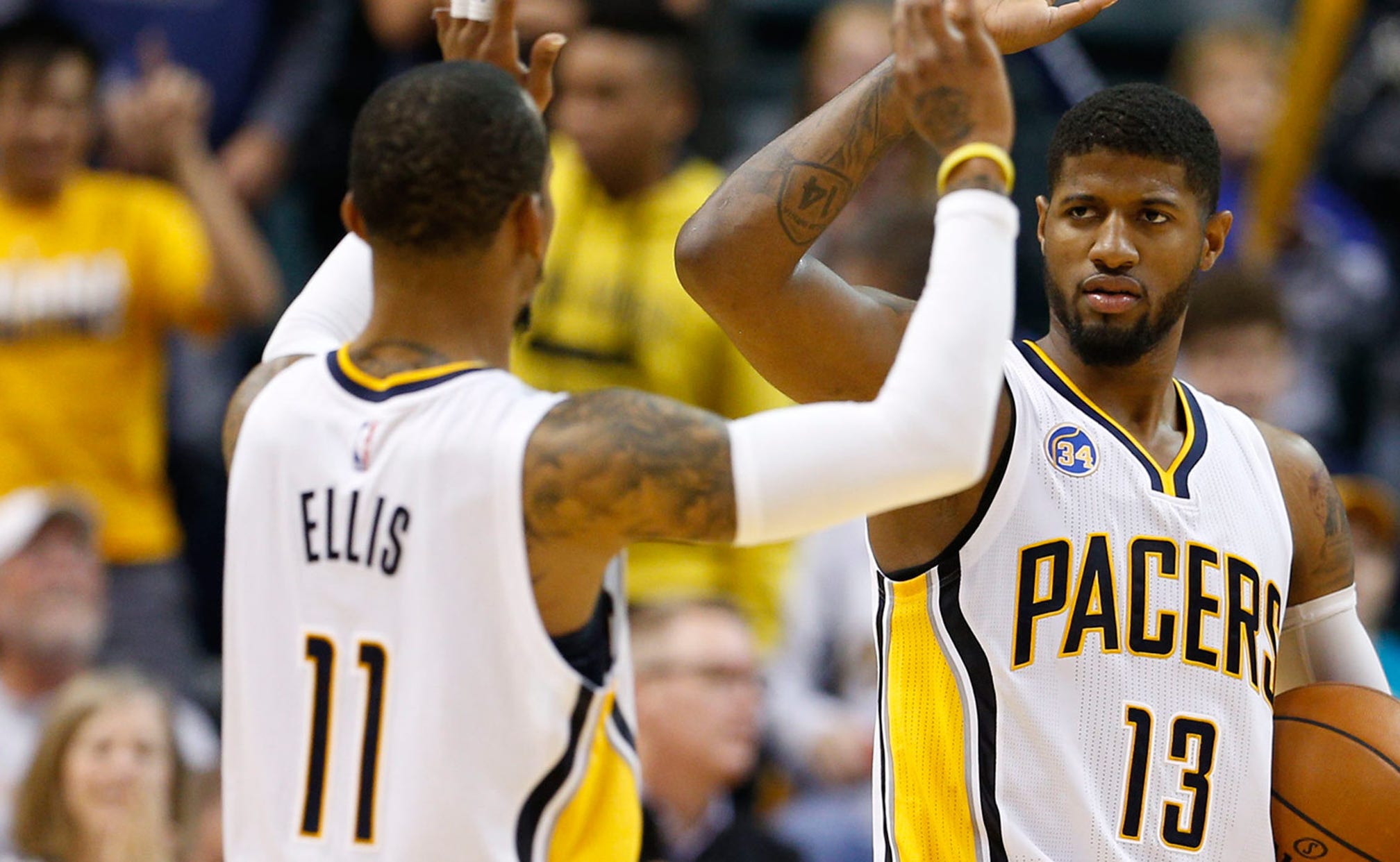 Pacers' George, Ellis have been much bigger scorers in second half 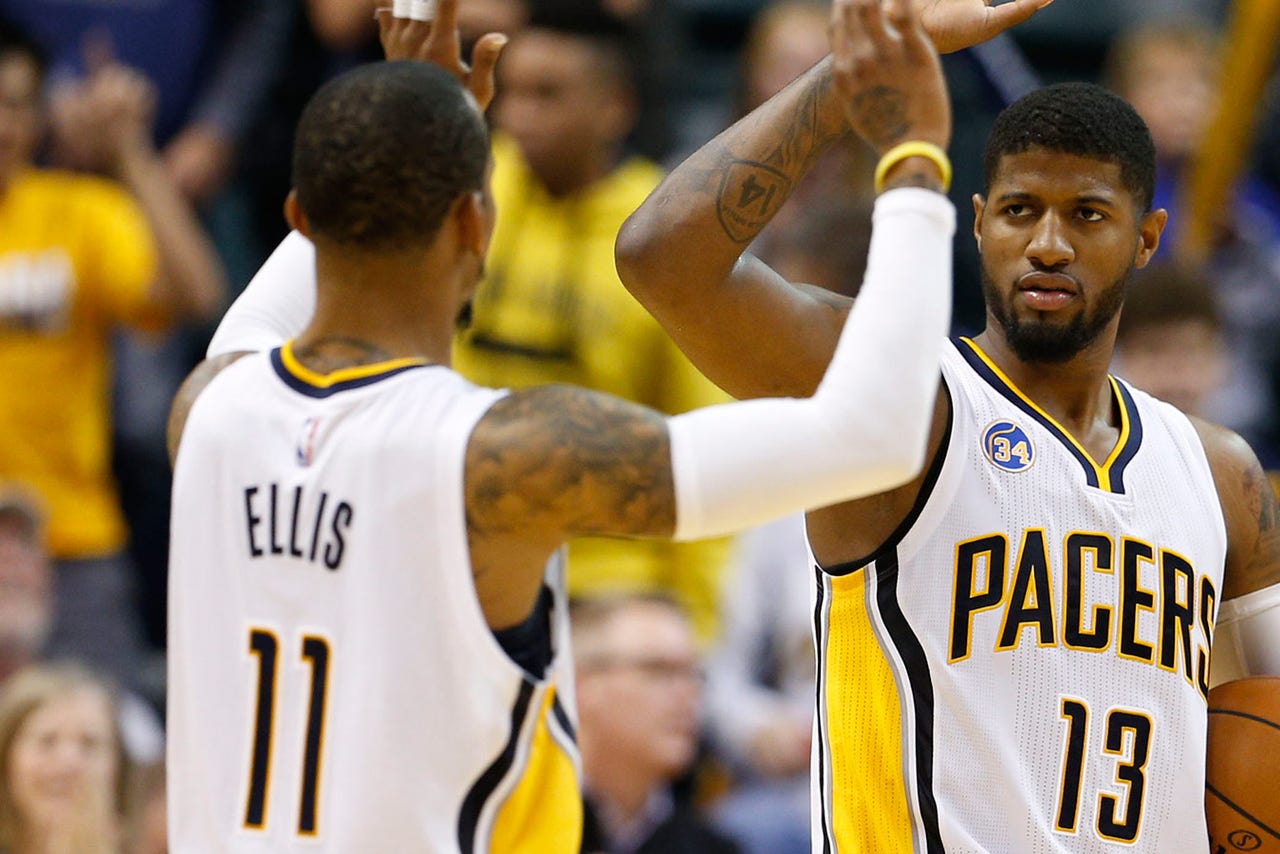 Though they are both coming off a rough shooting night against Cleveland on Monday, Indiana Pacers stars Paul George and Monta Ellis remain two of the most lethal shooters in the game as crunch time closes in.

George was 3 of 15 from the field against the Cavaliers and Ellis was 5 of 18. But the Pacers' top two scorers (George at 23.2 points per game, Ellis at 14.3) have, for the season, been at their best in second halves of games. In fact, no one in the NBA has been better.

LARGEST INCREASE IN POINTS PER GAME, FIRST HALF TO SECOND HALF*

Indiana is coming off back-to-back overtime games, bringing them to six for the season, tied for most in the NBA. Alas, they have lost five of those games, tied for the most in franchise history.

MOST OVERTIME GAMES THIS SEASON

The Pacers have won 16 of their last 22 meetings with the Brooklyn Nets, their opponent Wednesday night. They have won eight of their last 11 road games against the Nets, though their most recent visit resulted in a 111-106 defeat on March 31, 2015.

PACERS' BEST RECORD AGAINST ANY OPPONENT SINCE 2009-10

Indiana does considerable damage after its opponents' mistakes, outscoring them by more than three points per game off turnovers.

LARGEST DIFFERENTIAL IN POINTS OFF TURNOVERS PER GAME THIS SEASON