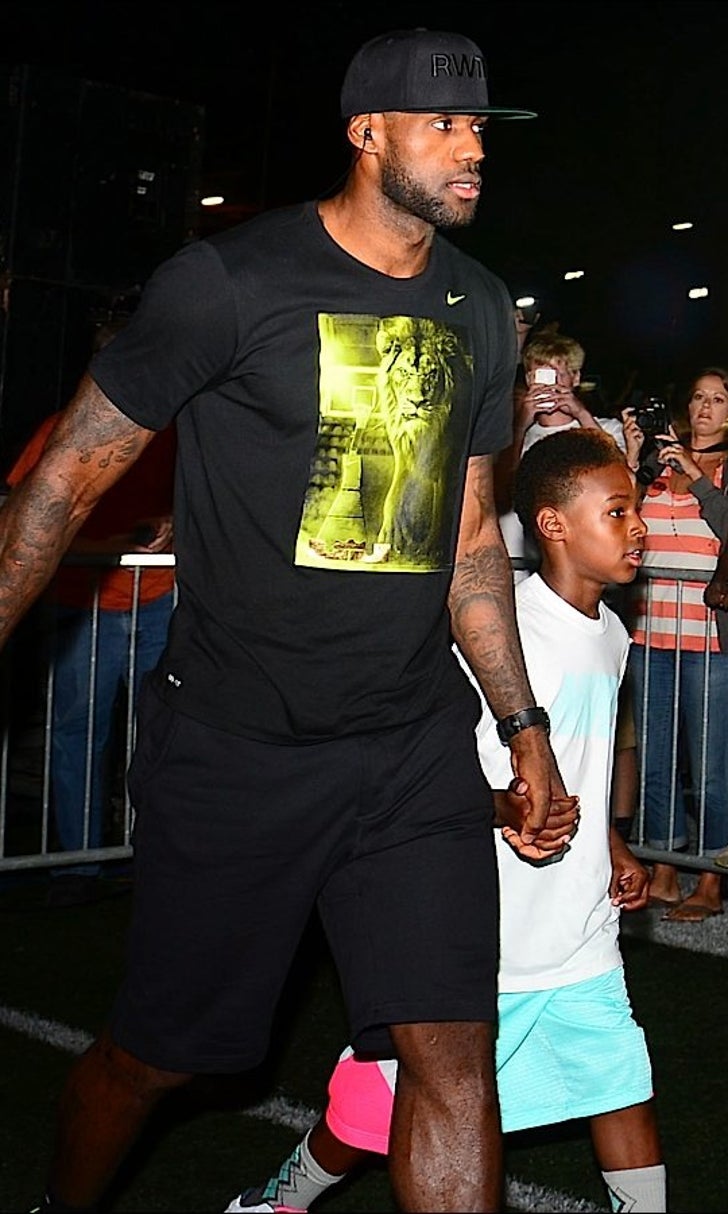 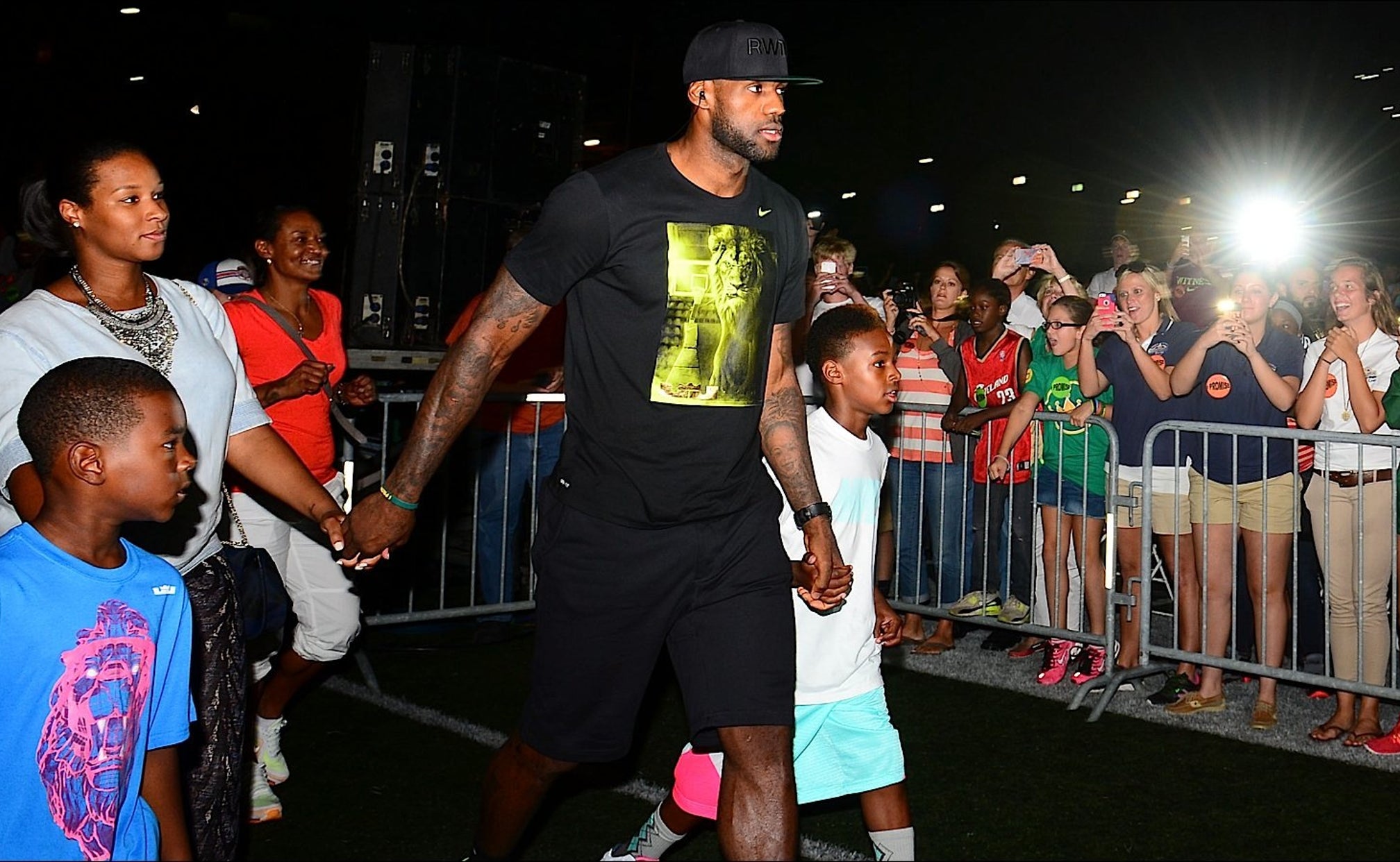 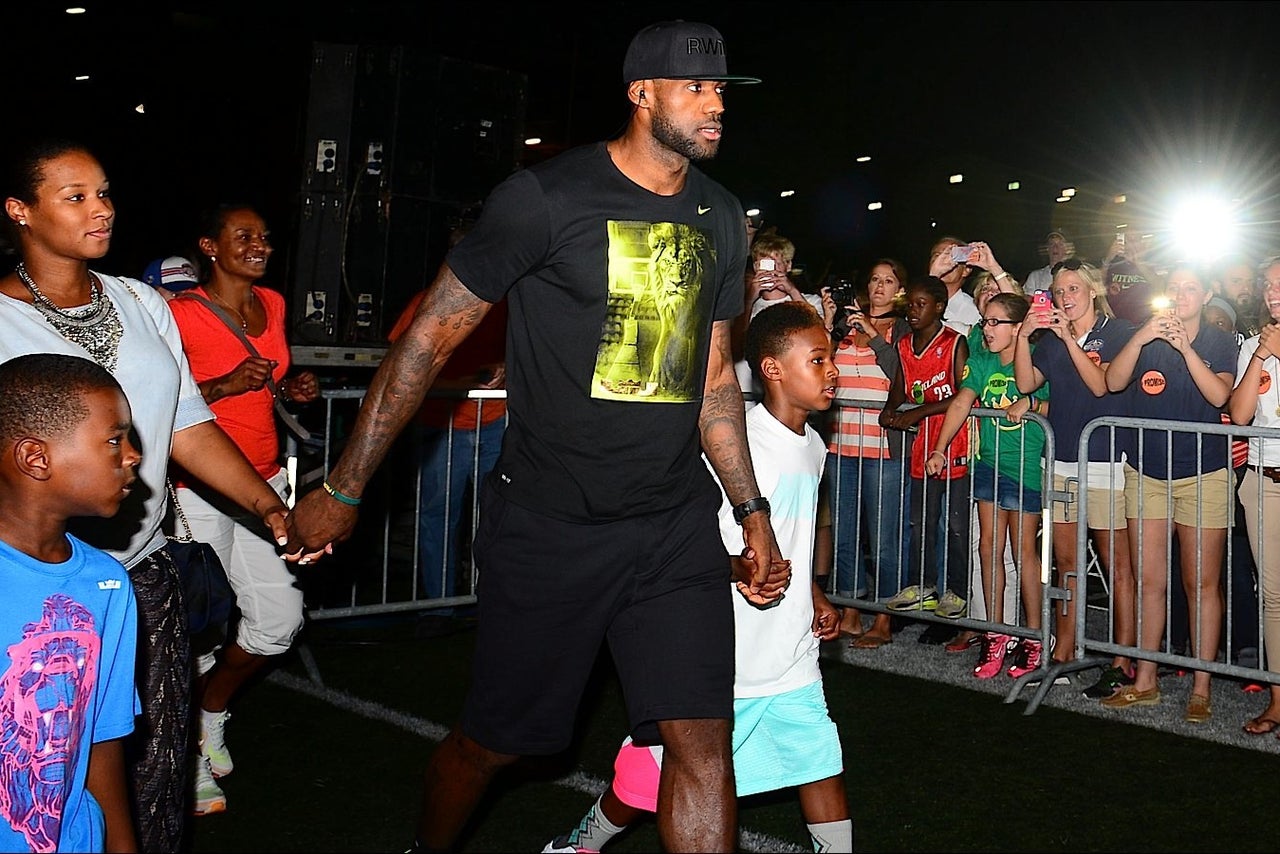 COLUMBUS, Ohio - The Ohio State basketball program's ties to LeBron James -- through geography, through Nike, and through plain old rooting for the home team -- benefit coach Thad Matta on the recruiting trail.

Speaking of recruiting, there's a young player back on the Ohio basketball circuit who just happens to be named LeBron James Jr.

"He'll be on the recruiting radar, yes," Matta joked at Ohio State's media day event Thursday. "No question about it. I need to offer him a scholarship."

They have good genes and a bunch of really cool shoes, too. Maybe their father having a permanent locker in Ohio State's locker room might one day help Matta's cause.

"I don't know what the NCAA rules are about me commenting on future recruits, but I'm sure Junior has a scholarship here," Ohio State senior forward Sam Thompson said. "I look forward to seeing it."

LeBron Jr. has more than 45,000 followers on Instgram, where he goes by "Bronny." Some of his pictures indicate Ohio State would have company in a potential recruiting battle. One of them shows him wearing national championship rings in the basketball facility at Kentucky, which is also outfitted by his father's King James Nike line.