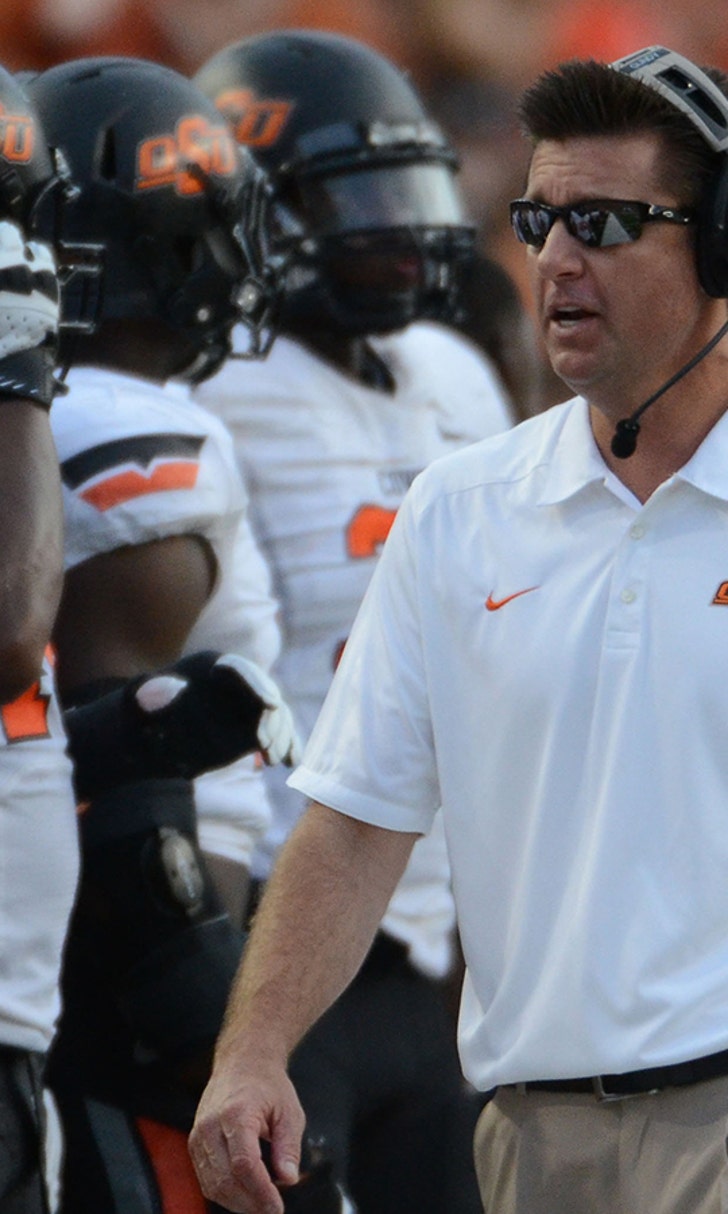 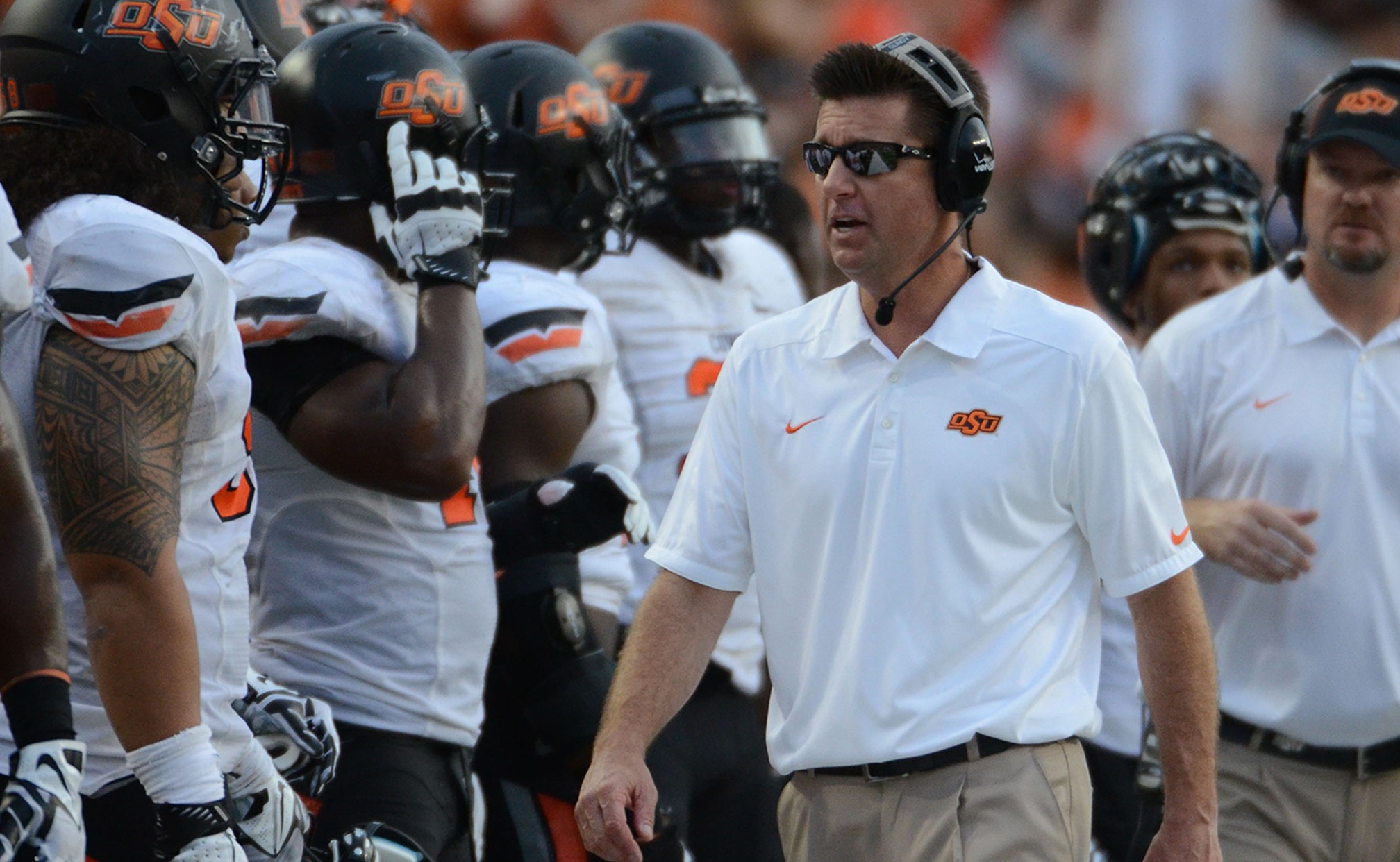 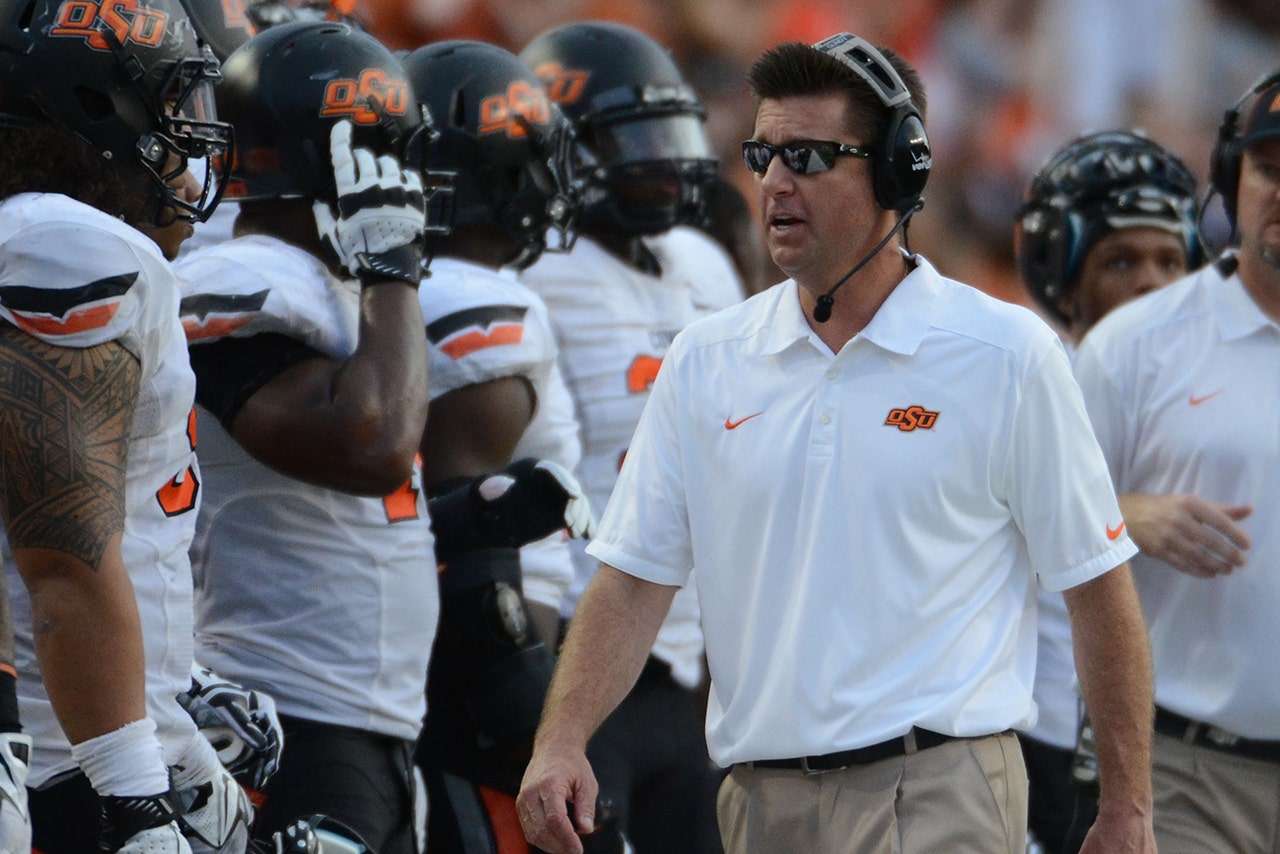 The Cowboys took a team loaded with freshmen and sophomores into last year's opener against Florida State and pushed the defending national champions before losing 37-31.

The Cowboys won their next five games before injuries helped knock them into a tailspin. They lost five straight, all by at least 21 points. But they finished the season by beating Oklahoma on the road in overtime and Washington in the Cactus Bowl.

Nineteen position starters return from last year's 7-6 team. Now, the Cowboys think all that experience should put them in the hunt for the Big 12 title.

"That's the plan," receiver David Glidden said. "We break it out on that every single day, and that's the only thing this team is really striving for right now. Anything less than that to this team would be a disappointment."

Coach Mike Gundy has named sophomore Mason Rudolph the starting quarterback over J.W. Walsh, a senior who started last season before a foot injury took him out for the year. Rudolph, just a freshman last year, completed 57 percent of his passes for 853 yards, with six touchdown passes and four interceptions in three games, including the wins over Oklahoma and Washington.

Rudolph matured in the offseason, and Gundy believes he has the talent and the intangibles to make a jump this season.

"He's been good with getting the ball in the hands of the players that the defense has allowed us to take advantage of offensively," Gundy said. "I think that's the most important part of his progress in the second year. He's going to make some plays and make some mistakes, but he needs to minimize those by not trying to make too many big plays. Just take what they give him."

Here are some things to watch for from the Cowboys this season:

COWBOY DEFENSE: Though the Cowboys have eight defensive starters back, the unit needs to improve. Oklahoma State surrendered 34.6 points and 466 yards per game last season, both seventh in the Big 12. The Cowboys have great building blocks in defensive end Emmanuel Ogbah, cornerback Kevin Peterson and linebacker Ryan Simmons, all named to the preseason All-Conference team.

"We do have more experience in those positions now compared to when we were out there with young players," Gundy said. "We have a chance to be pretty good out there on defense."

CARSON CITY: Junior college transfer Chris Carson is expected to help fill in for Tyreek Hill, who was kicked off the team after a domestic violence incident. Hill was an all-conference player whose punt return for a touchdown last year against Oklahoma forced overtime in last year's win. Carson is the Big 12's preseason Newcomer of the Year, an honor Hill held the previous year. Gundy said Carson's mental game is strong too, and he's in position to battle Rennie Childs for the starting job.

CLEAN UP THE MESS: If the Cowboys are to meet their lofty potential, they must cut down on errors. Oklahoma State was tied for eighth in the conference in turnover margin, minus-1 per game, during league play. The Cowboys also allowed a league-high 30 sacks in nine conference games.

FRIENDLY SCHEDULE: All of Oklahoma State's toughest opponents come to Stillwater, and none visit before November. The Cowboys host TCU on Nov. 7, Baylor on Nov. 21 and Oklahoma on Nov. 28.

WALSH'S ROLE: Walsh has been a good teammate, despite losing his job. Gundy said in the spring that had he not declared Rudolph the starter, it would look like there was a competition.