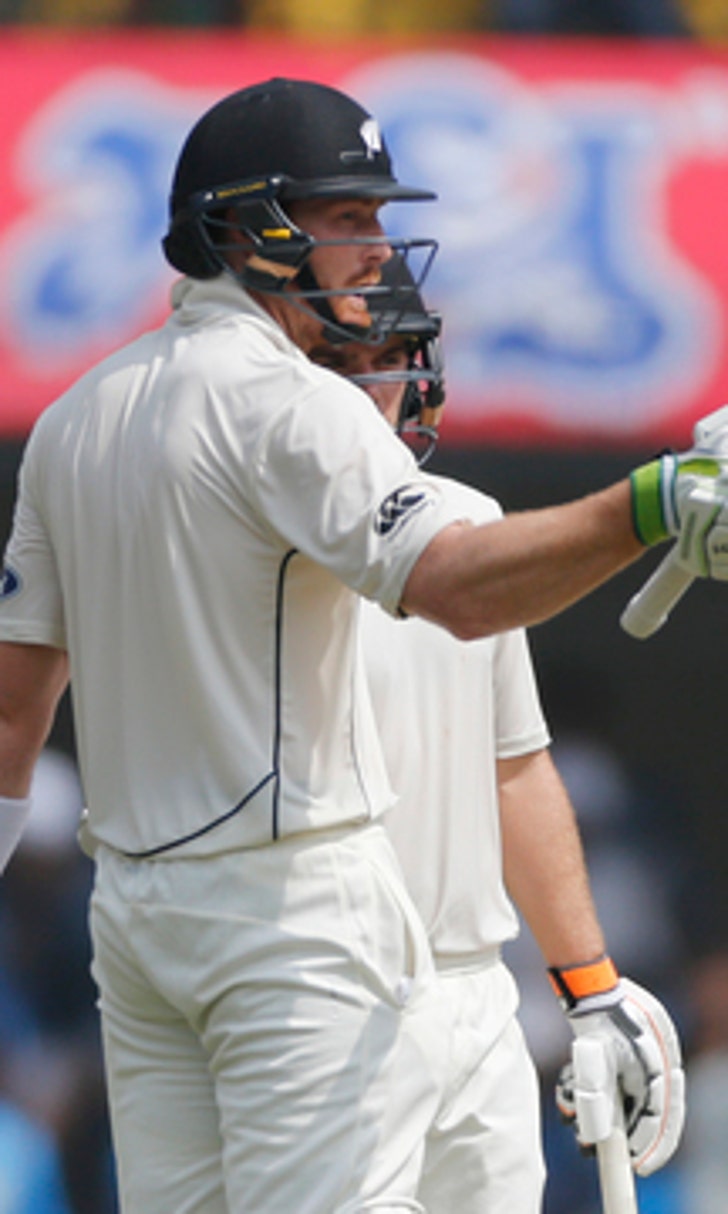 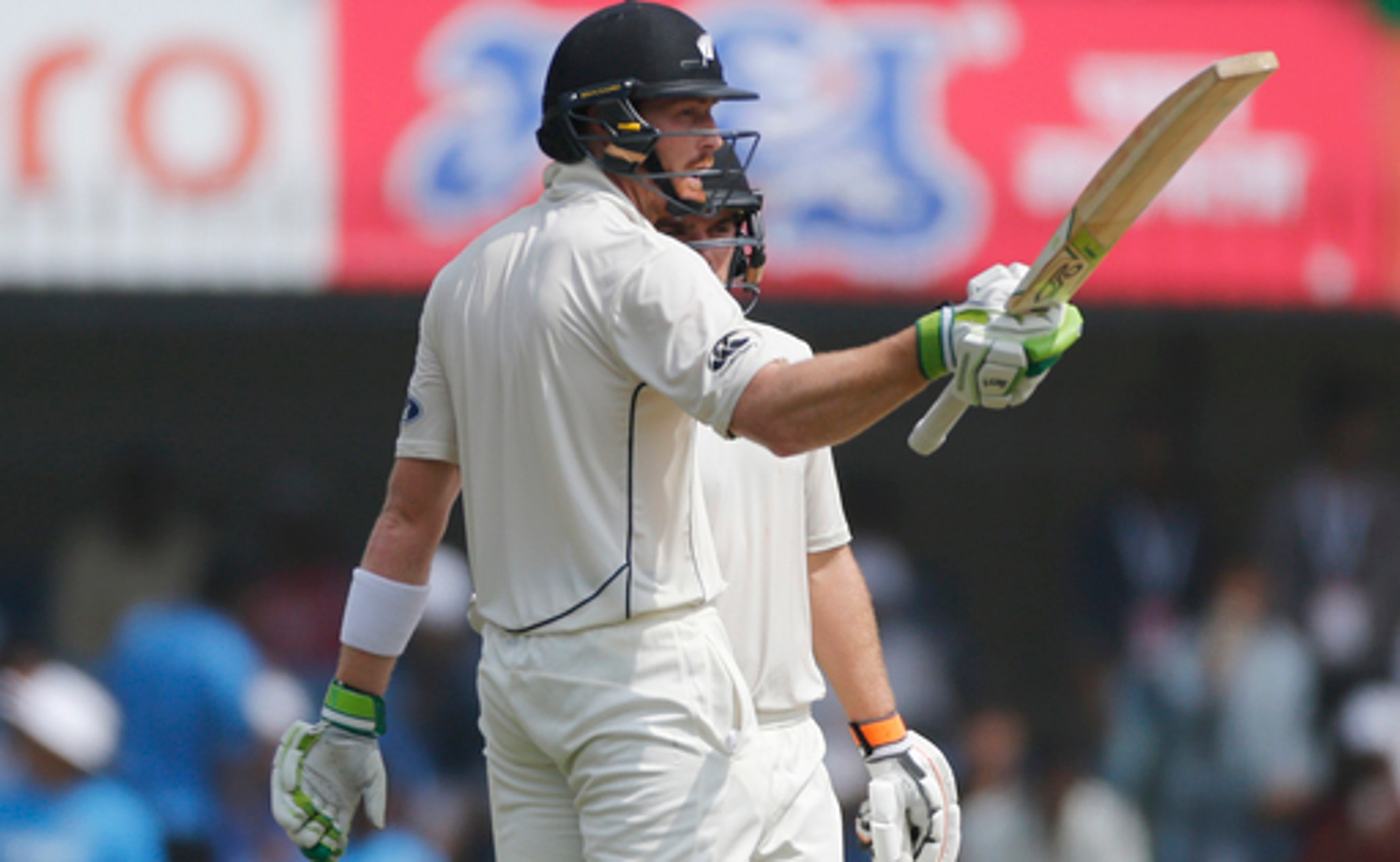 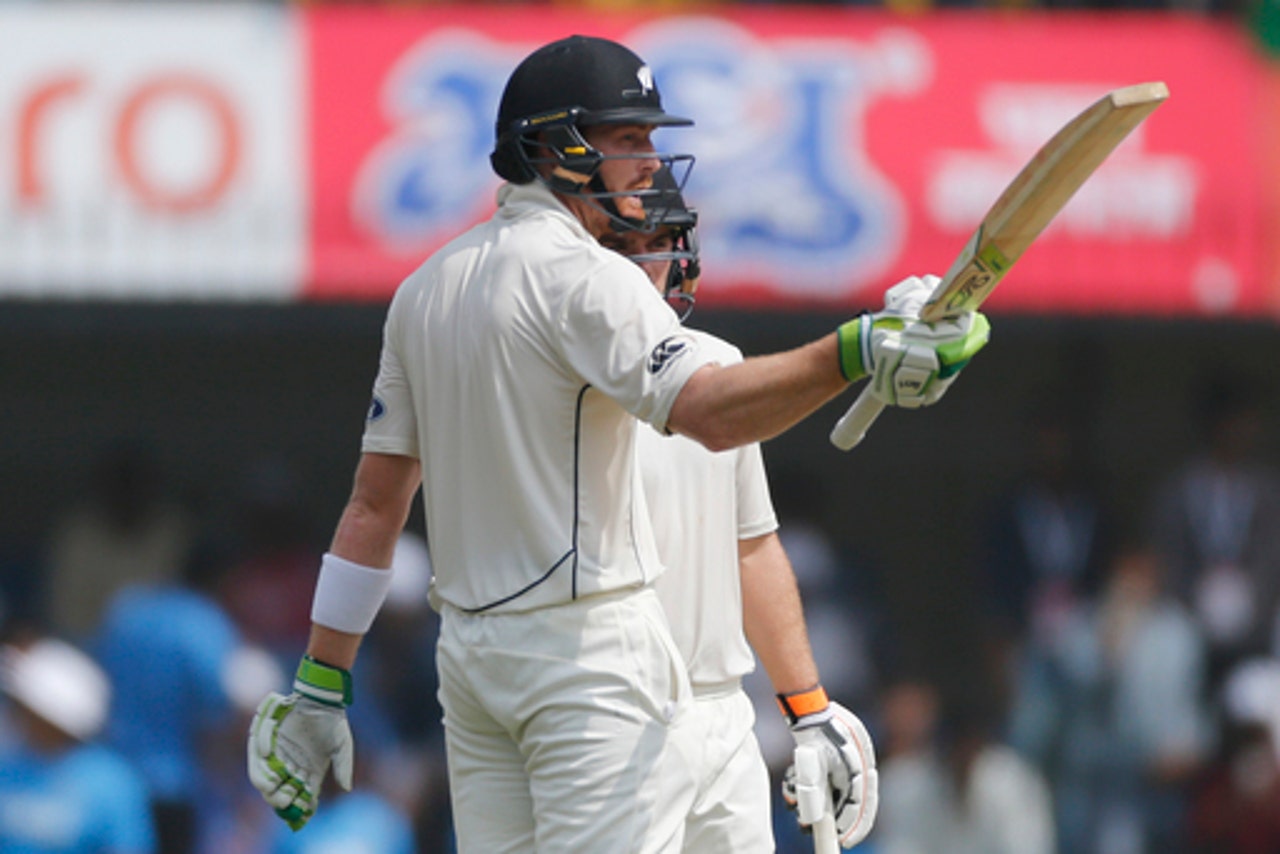 Guptill and Tom Latham (53) resumed Monday at 28-0 and lasted most of the morning session, adding 90 runs before Ravi Ashwin (1-42) took a return catch to end the opening stand with the total at 118.

Both openers had reprieves, with Guptil dropped at gully on 21 and Latham put down at mid-wicket on 13, both off Mohammed Shami's bowling.

Kane Williamson was unbeaten on three at the interval.

India has clinched the three-test series after winning the first and second tests.