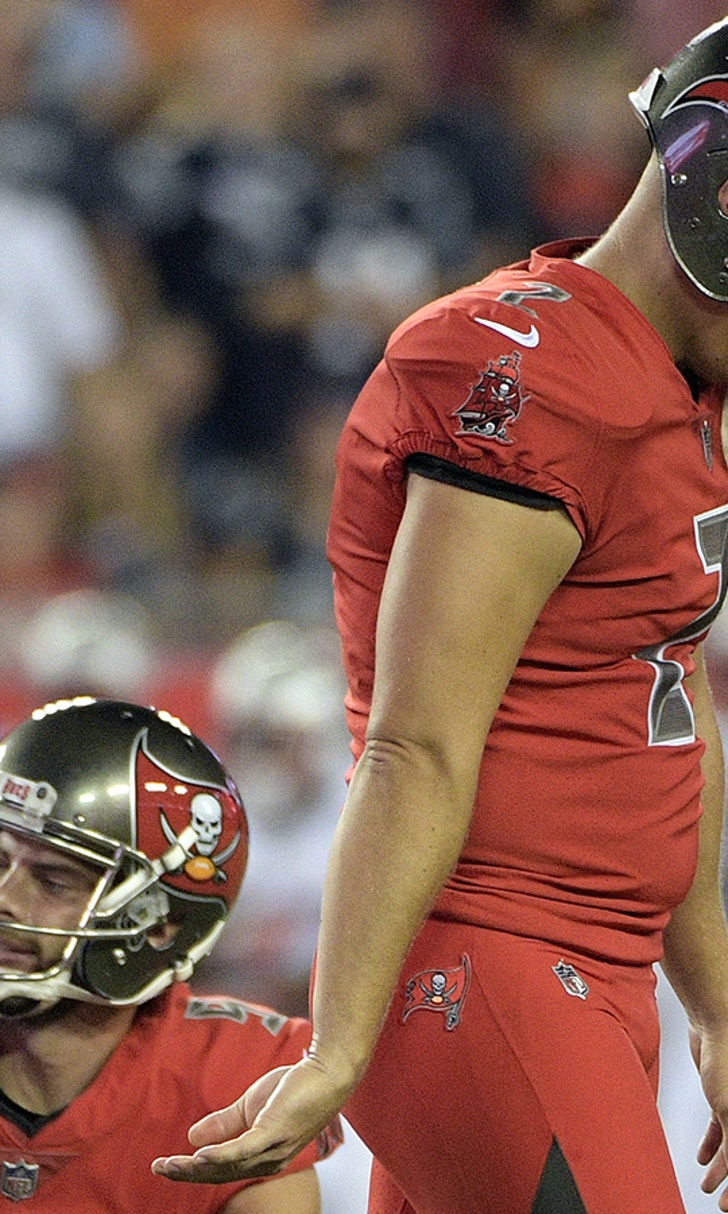 previous story
Chiefs will be without two starting offensive linemen against Texans
next story
No. 1 Alabama visits Aggies after steamrolling 2 SEC teams 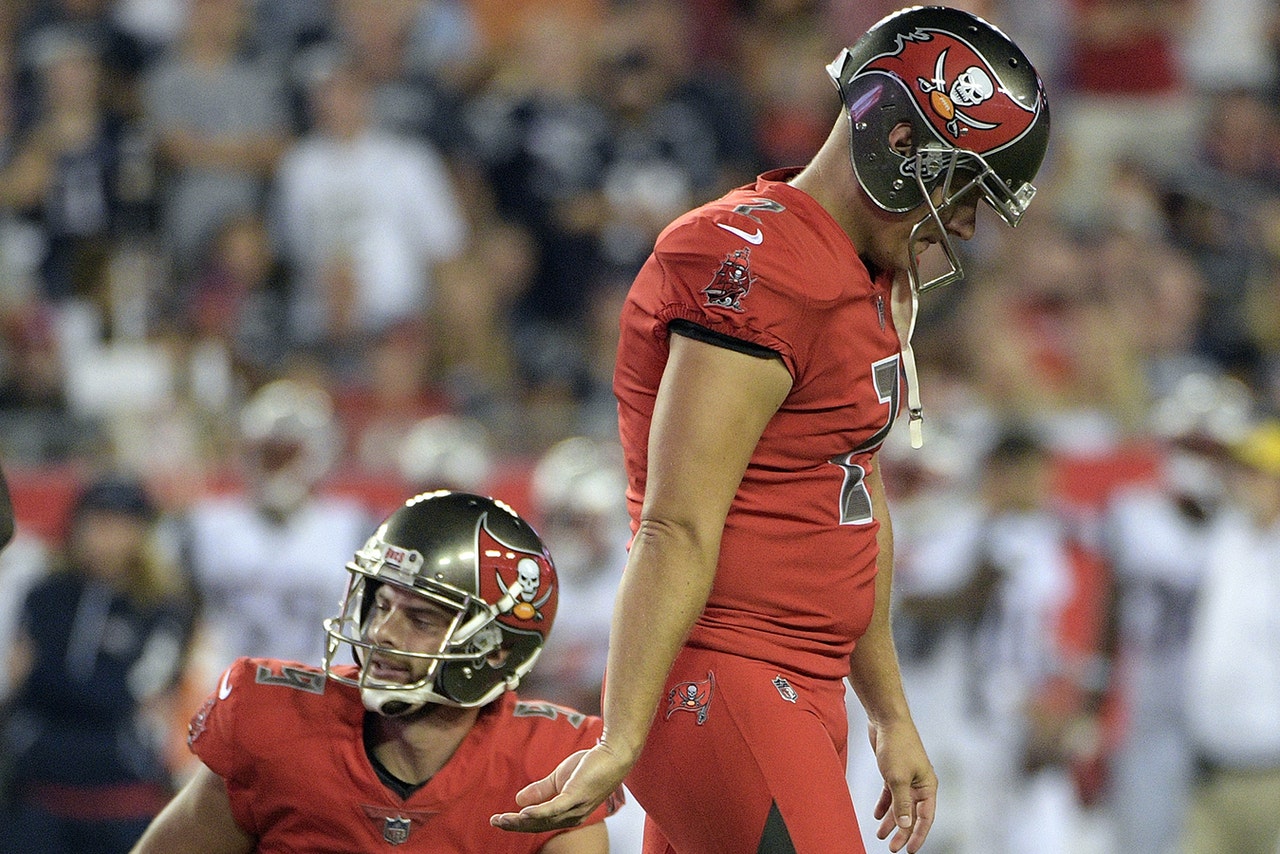 TAMPA, Fla. (AP) -- Nick Folk's future with the Tampa Bay Buccaneers is up in the air.

The veteran kicker was signed in free agency to rectify a mistake the team made in drafting Roberto Aguayo in the second round last year, however he's been anything but a solution through four games.

Since going 4 for 4 on field goals to begin the season against the Chicago Bears and Minnesota Vikings, the 11-year pro has missed five of seven attempts, plus an extra point the past two games.

Folk missed three field goals, two of them in the fourth quarter during a 19-14 loss to New England on Thursday night.

The 32-year-old who's also kicked for the Dallas Cowboys and New York Jets during a long career suspects the Bucs (2-2) will bring some possible replacements in for tryouts before Tampa Bay reconvenes for practice next week.

With the Bucs trailing 13-7, Folk missed a 56-yard attempt wide right on the final play of the first half. He missed kicks of 49 and 31 yards in the fourth quarter, the latter with 5:39 remaining and the Patriots clinging to a 16-7 lead.

The poor performance came on the heels of Folk missing two field goals and an extra point before making a 34-yard game-winner as time expired the previous week against the New York Giants.

Coach Dirk Koetter said after the game that he and general manager Jason Licht had discussed the situation and that "something will be forthcoming."

"But, you don't want to make any rash decisions," Koetter said.

The coach had little to add about Folk's future on Friday, shrugging off a question about impending plans to work out other kickers.

"I'm really not sure where that stands," Koetter said.

Folk was signed last March to compete with Aguayo after the 2016 second-round draft pick struggled as a rookie.

Folk, who won the job in training camp, is six of 11 on field goals and eight of 10 of extra points through four games.

"I've said this many times -- whoever our guys are, I have total confidence in them," Koetter said of the decision to go with Folk over Aguayo, who was released in August.

"I think Nick was kicking very well up until a week ago. He a rough day against the Giants," the coach added. "He came back, the one day we kicked in practice (before the New England game), he kicked very well. We had no reason to think Nick wasn't going to kick well last night."

After playing twice in five days, players will have the weekend and Monday off before returning to work on Tuesday.

"I'll probably get away, hang out with my wife and kids," Folk said. "That's all you can really do right now."

The kicker said he had not yet watched film of Thursday night's misses, but that he will at some point.

"You have to be able to evaluate yourself, look at it and improve," Folk said, adding that when practice resumes that he'll "get back out there and keep going."