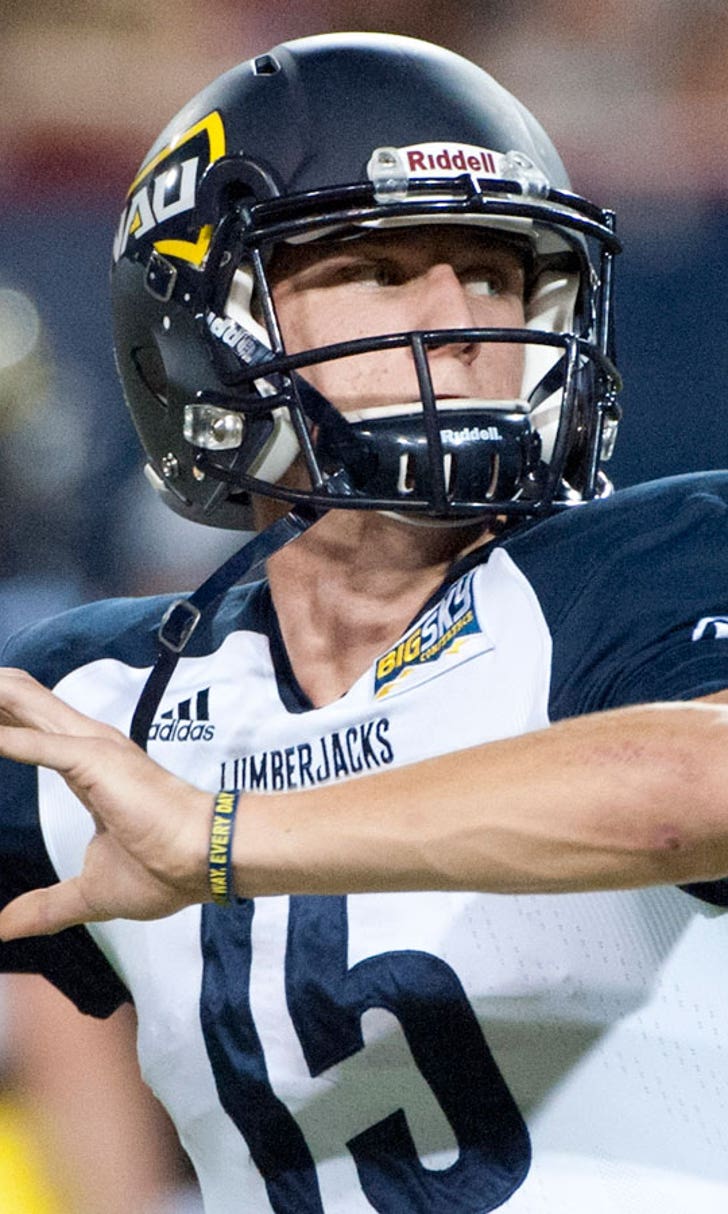 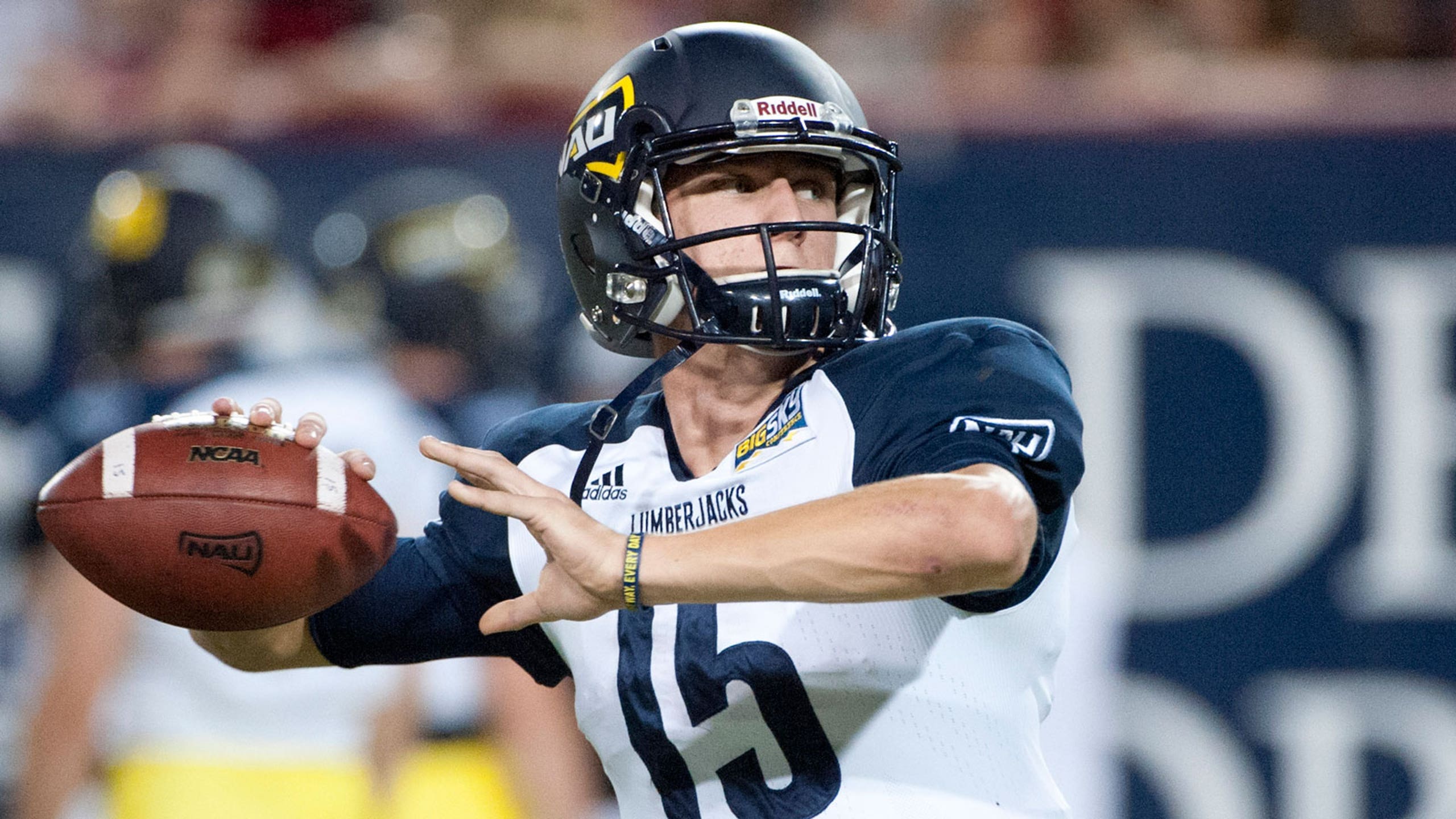 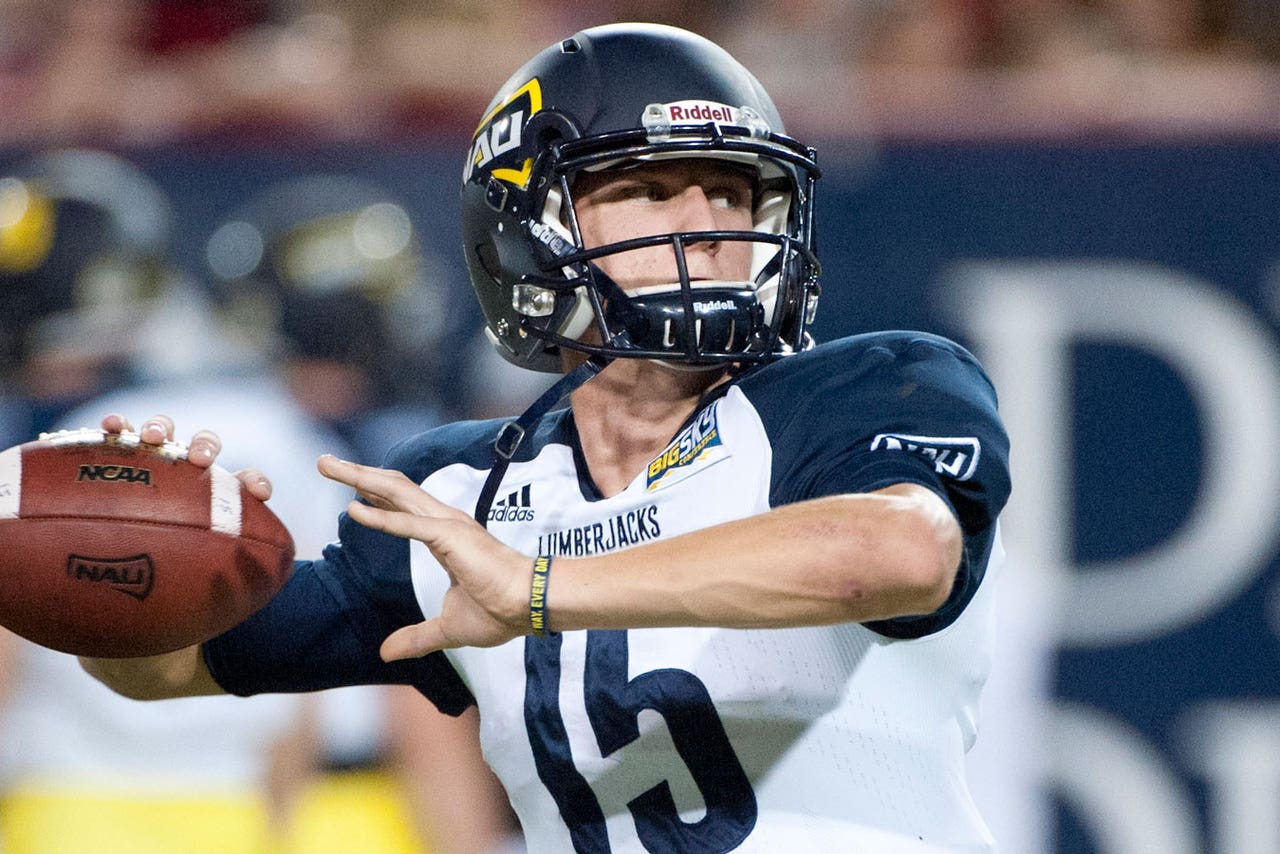 Cookus, the Offensive Player of the Week, had a record day versus the Bears. Cookus connected on seven touchdown passes with three different receivers, tying a school record set back in 1996 by Travis Brown. Cookus completed 25-of-31 passes for 363 total yards in just three quarters of play.

Hawkins, the Special Teams Player of the Week, worked his magic as all 10 of his kickoffs resulted in a touchback. He averaged 65 yards per kick. When it came time to punt, Hawkins booted the ball three times at 40.7 yards per kick. Northern Colorado came in as the FCS leader in punt and kickoff returns. Due to Hawkins' amazing kicking abilities they had zero opportunities to return a kickoff, and the one punt they returned was for 21 yards.

This is Cookus' first conference player of the week honor, while Hawkins now has four in his career.

Northern Arizona Lumberjacks
share story
those were the latest stories
Want to see more?
View All Stories
Fox Sports™ and © 2021 Fox Media LLC and Fox Sports Interactive Media, LLC. All rights reserved. Use of this website (including any and all parts and components) constitutes your acceptance of these Terms of Use and Updated Privacy Policy. Advertising Choices. Do Not Sell my Personal Info