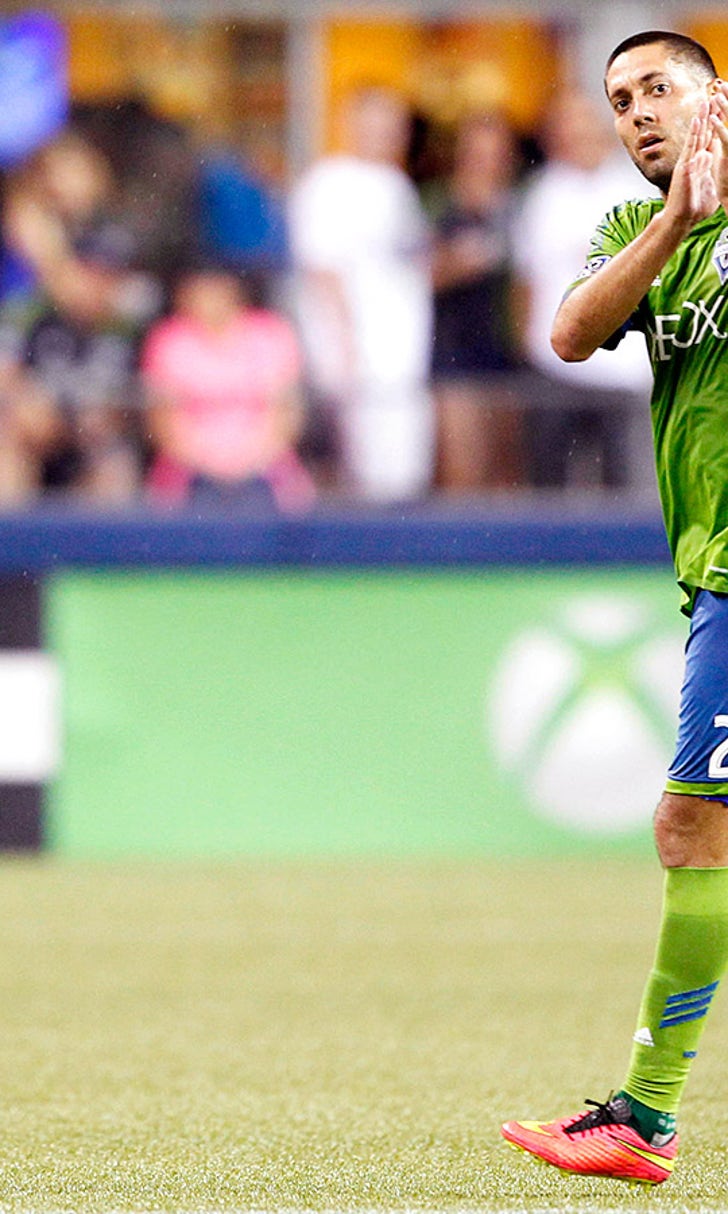 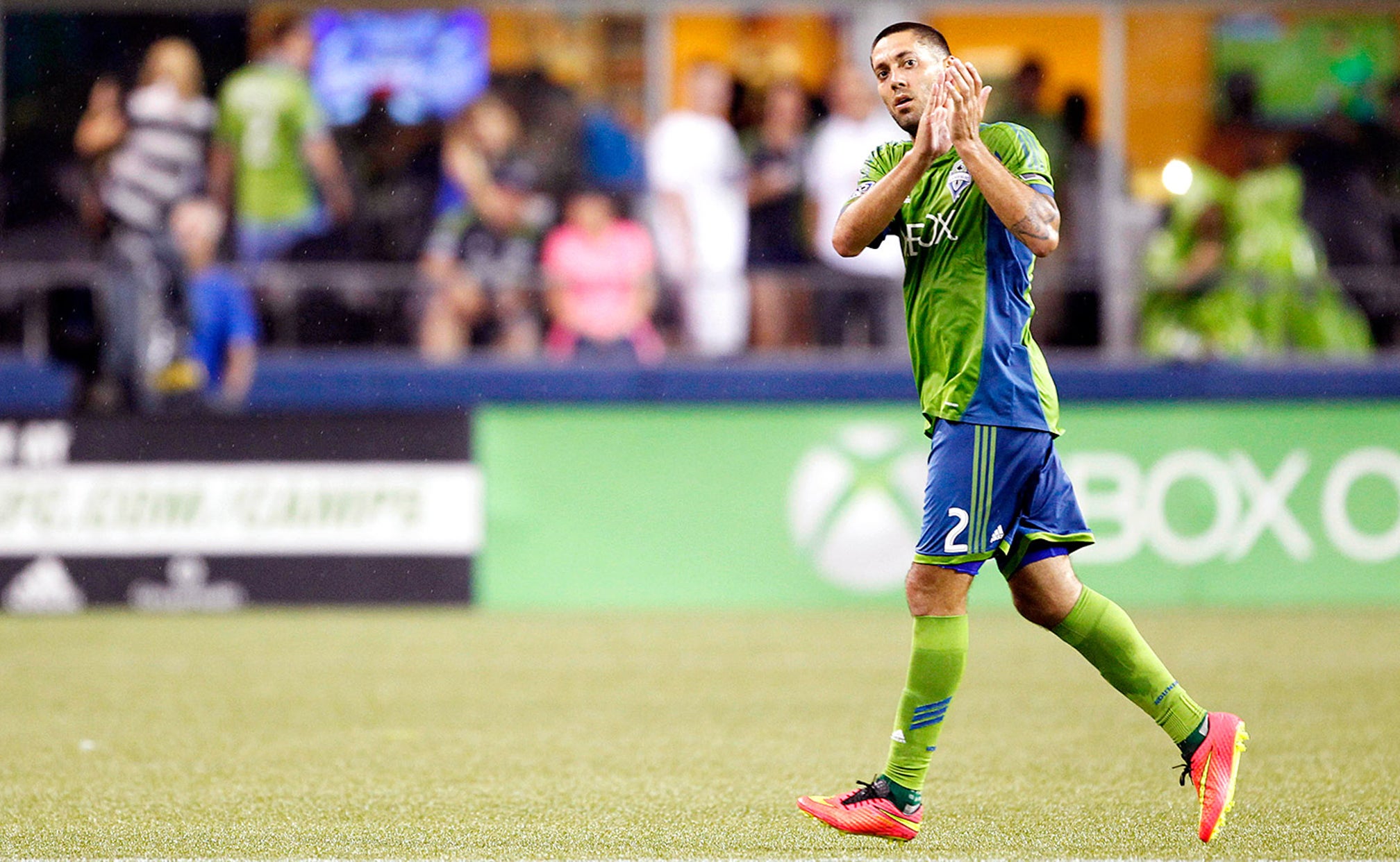 The home side perked up after the break to sweep away Portland for the second time this week. Obafemi Martins climbed off the bench early in the second half to increase the tempo of the game and transform the proceedings. Donovan Ricketts produced several fine stops for the Timbers, but he could not prevent Clint Dempsey from turning home the opener at the back post. Marco Pappa nicked the second as the Timbers chased an equalizer to secured the points in front of 64,000 or so happy fans at CenturyLink Field.

Gyasi Zardes cut inside and fired home the only goal of the game as the Galaxy dispatched RSL at StubHub Center. Zardes collected a pass from Marcelo Sarvas and settled this affair with his strike after 20 minutes. RSL had a penalty shout waved away in the final 10 minutes after Juninho appeared to kick Chris Wingert in the face. Nick Rimando saved a Marcelo Sarvas penalty in second half stoppage time, but the intervention did not stop the Galaxy from securing a seventh consecutive result.

TFC roared back from a two-goal deficit inside the opening half-hour to collect all three points at BMO Field. Brad Davis provided the Dynamo with the perfect start, but the Reds equalized before halftime through Jonathan Osorio and Dominic Oduro. Jermain Defoe then capped the comeback with a pair of goals after the hour to give home side all three points.

Thierry Henry inspired the Red Bulls to a comprehensive victory over the Crew at Red Bull Arena. Bradley Wright-Phillips continued his goalscoring tear with his early goal, but Adam Bedell notched his first MLS goal to restore parity six minutes before the break. Henry coolly sidefooted home moments before the break and glared at his teammates to reveal his disgust at the overall performance. The performance in the second half – including Lloyd Sam’s goal after 56 minutes and Eric Alexander’s strike in stoppage time – fell more in line with his exacting standards.

Chivas USA extended its winning streak to four matches with three unanswered goals at B.C. Place. Carlyle Mitchell nodded home the opener from a Pedro Morales corner kick to stake the Whitecaps to a halftime lead, but Agustin Pelleteri responded early in the second half for the Red-and-White. Jordan Harvey then procured a red card for his two-footed challenge on Oswaldo Minda to reduce Vancouver to 10 men. Erick Torres notched the winner nine minutes from time to snatch his fifth goal in five games. Morales had a potential equalizer ruled out for a foul on Dan Kennedy before Leandro Barrera secured the points deep in second-half stoppage time.

Sporting KC completed its three-game sweep of the Impact by pouncing on a late error by the home side at Stade Saputo. Dom Dwyer gave the visitors the perfect start when he pounced after four minutes. Marco Di Vaio responded with a wonderful header before the half-hour. The match appeared headed for a draw until Heath Pearce and Troy Perkins conspired to present Dwyer with an opportunity in the late stages. Dwyer made no mistake to claim his 14th goal of the season and hand Sporting all three points.

Colorado struck twice in the final quarter of an hour to peg back the nine-man Union at PPL Park. Conor Casey and Dillon Serna exchanged early goals, but Philly took firm hold of the game after Sheanon Williams and Andrew Wenger tallied. Michael Lahoud reduced the home side to 10 men after kicking Jared Watts and watched the Rapids mount a stunning comeback. Dillon Powers converted the resulting penalty before Deshorn Brown collected a Gabriel Torres pass and fired home the equalizer to snatch a point. Amobi Okugo received a late red card to compound the Union’s frustration.

Sean Johnson saved a late Chris Tierney penalty to give the Fire its third victory of the season. Quincy Amarikwa sliced through the Revolution defense to score after just three minutes to provide Chicago with a foothold at Gillette Stadium. New England improved after the break and piled the pressure on the defiant Fire. Jerry Bengtson won a penalty as he broke inside to meet Tierney’s incisive ball from the left, but Johnson avoided yet another stalemate when he repelled Tierney’s well-taken penalty to secure the points.

D.C. United collected its third away win on the trot with a gritty triumph at Buck Shaw Stadium. Eddie Johnson opened the scoring from the spot inside the opening quarter of an hour. Luis Silva doubled the lead after 25 minutes as United asserted its advantage. Chris Wondolowski pulled a deflected effort back for Earthquakes before the interval, but the home side could not procure an equalizer in the second half.