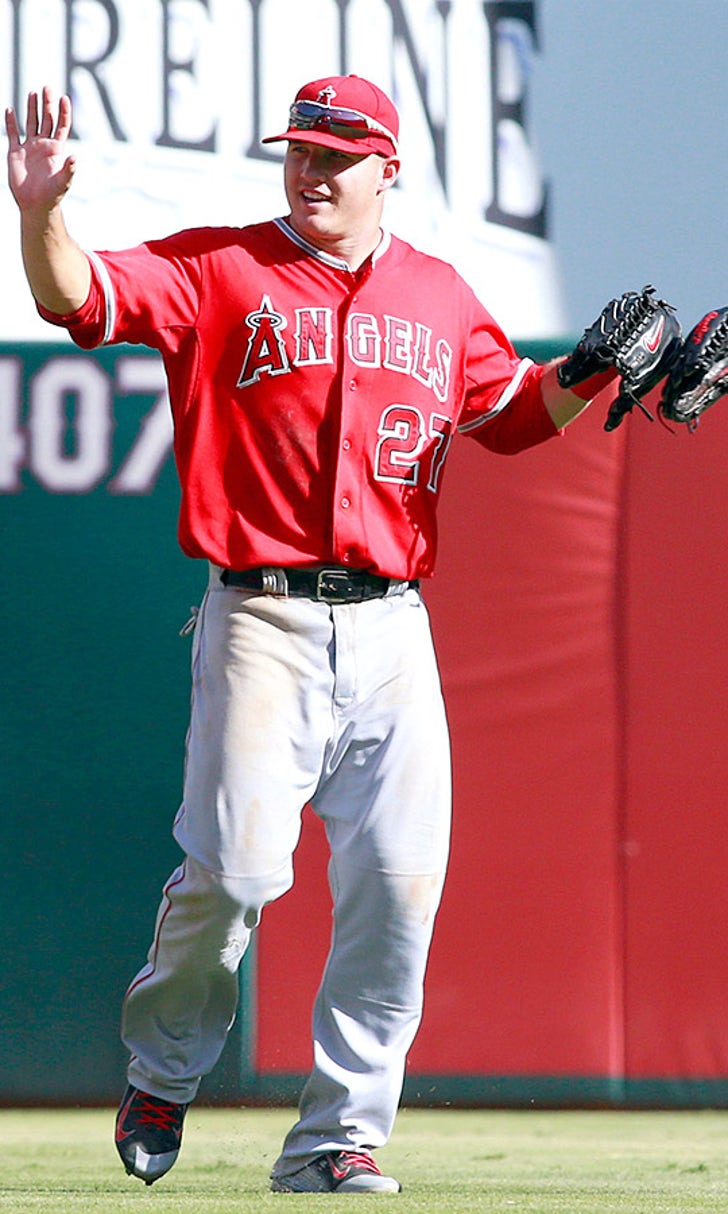 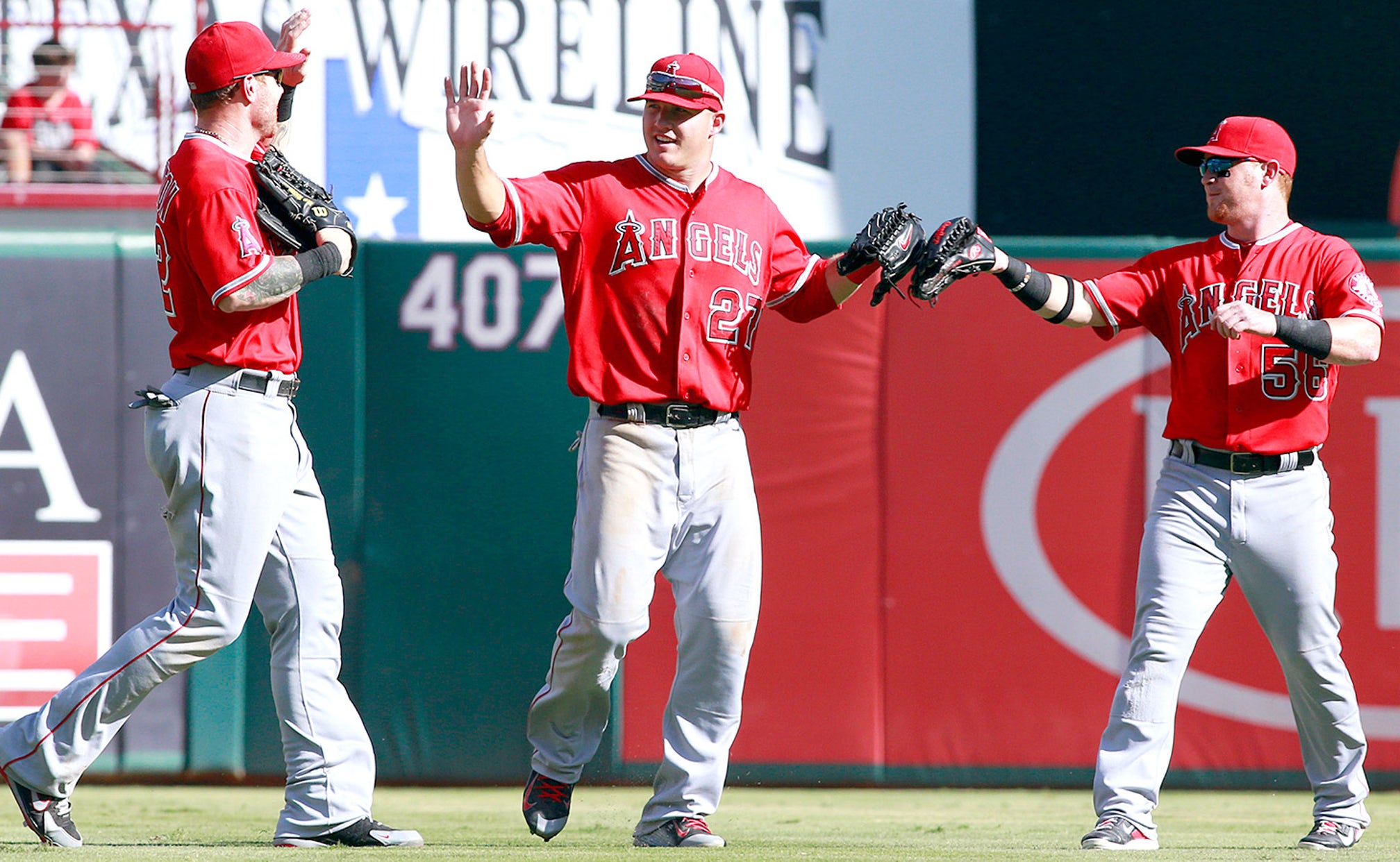 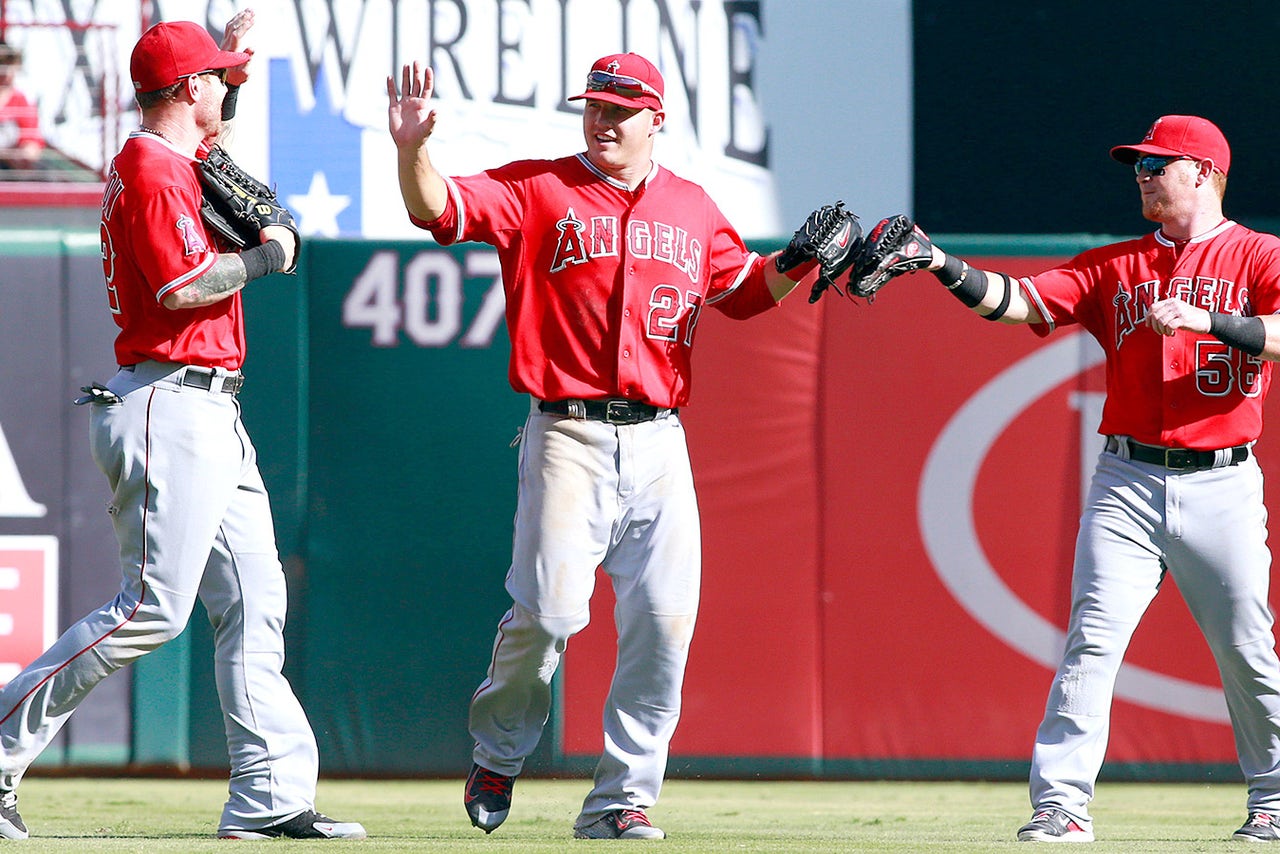 The Angels and Mariners aren't making things easy in the AL West, but at the All-Star break there is no team better in the majors than the A's.

Entering the break as the hottest team in baseball, the Angels are looking to make the second half one to remember as they battle the A's for the division title.

Released by Houston prior to the season, J.D. Martinez has been one of the biggest surprises for the Tigers, hitting .346 with 13 home runs and 43 RBI in 55 games this season.

After clubbing eight homers in May, Yasiel Puig was held homerless in June and has only one in July thus far. Could a Home Run Derby appearance break the Dodgers young star out of a power funk?

With Chris Davis and Manny Machado falling short in the season's first half, Nelson Cruz carried the team offensively with his 28 homers. Enough to put the Orioles in first place in the AL East at the break.

After dealing with a number of injuries in the first half, the Nationals are healthy and have pulled into a tie for first in the NL East with the Braves.

Once considered one of the best second basemen in the league, Dan Uggla is hitting .162 with two homers and 10 RBI in limited play.

Adam Wainwright gets the nod to start the All-Star Game over Dodgers' Clayton Kershaw. It's not all good news in St. Louis, though, as Yadier Molina is expected to miss 8-12 weeks with a thumb injury.

Felix Hernandez, with his 2.12 ERA, is the AL squad's starter. His numbers are better at this point than they were during his 2010 Cy Young winning season.

Despite some struggles due to injury, the Reds enter the All-Star break just 1.5 games behind the Brewers in the division.

Once looking like a lock in the NL Central, the Brewers' lead has shrunken considerably. The Cardinals, Reds and Pirates are all within 3.5 games of first.

The Pirates needed a big week against the Cardinals and Reds on the road but were unable to deliver, winning just once in each series.

Buster Posey and Madison Bumgarner became the first batterymates to hit a grand slam in the same game in MLB history Sunday. The Giants hope to regain some momentum after the break.

The Royals have managed to stay in the playoff hunt despite their lack of offense. If Kansas City can add a bat at the deadline, expect it to be in contention.

Cleveland enters the All-Star break with a .500 record while struggling to play consistent baseball.

For the Blue Jays, the All-Star break comes just in time. They need to regroup after losing their handle on the AL East in recent weeks to the rising Orioles.

The Yankees are going to have to survive without Masahiro Tanaka as he rehabs a partial tear in his UCL.

After being one of the biggest disappointments of the season, the Rays have rebounded with a 13-5 stretch heading into the break. They sit 9.5 games back in the AL East.

The Mets look to be heating up after taking three of four against the Braves and sweeping the Marlins last week.

While the White Sox are not likely to be contenders in the second half, they could end the season around .500, an improvement after a 99-loss season in '13.

Phil Hughes could be the AL's comeback player of the year if he continues to perform as he did while going 10-5 with a 3.92 ERA for the Twins in the first half.

The World Series champions weren't expecting to be at the bottom of the AL East standings at the All-Star break.

For the first time since 2010, the Marlins will have two representatives at the All-Star Game. Henderson Alvarez was named to the team to replace Nationals' pitcher Jordan Zimmerman. He joins slugger Giancarlo Stanton.

Sweeping the Brewers in four games last week injected some life into a Phillies squad that looked down-and-out after a rough 1-9 stretch.

More players could be shopped at the trade deadline, but stars Anthony Rizzo and Starlin Castro should remain in the core as the Cubs continues to rebuild.

Once near the top of the NL West standings, the Rockies enter the break near the bottom due to a pitching staff that can't support the powerful offense.

With 130 hits, Jose Altuve holds the Astros' record for hits before the All-Star break and is a big reason why Houston isn't sitting in the AL West basement.

Despite playing better baseball of late, the Diamondbacks are still buried in the NL West at 13.5 games back.

A respectable pitching staff led some to believe the Padres could be surprise contenders, but an inept offense will keep that from becoming reality.

The Rangers are losers of eight straight heading into the All-Star break. Texas is now sitting in the basement of the AL West and has the league's worst record.