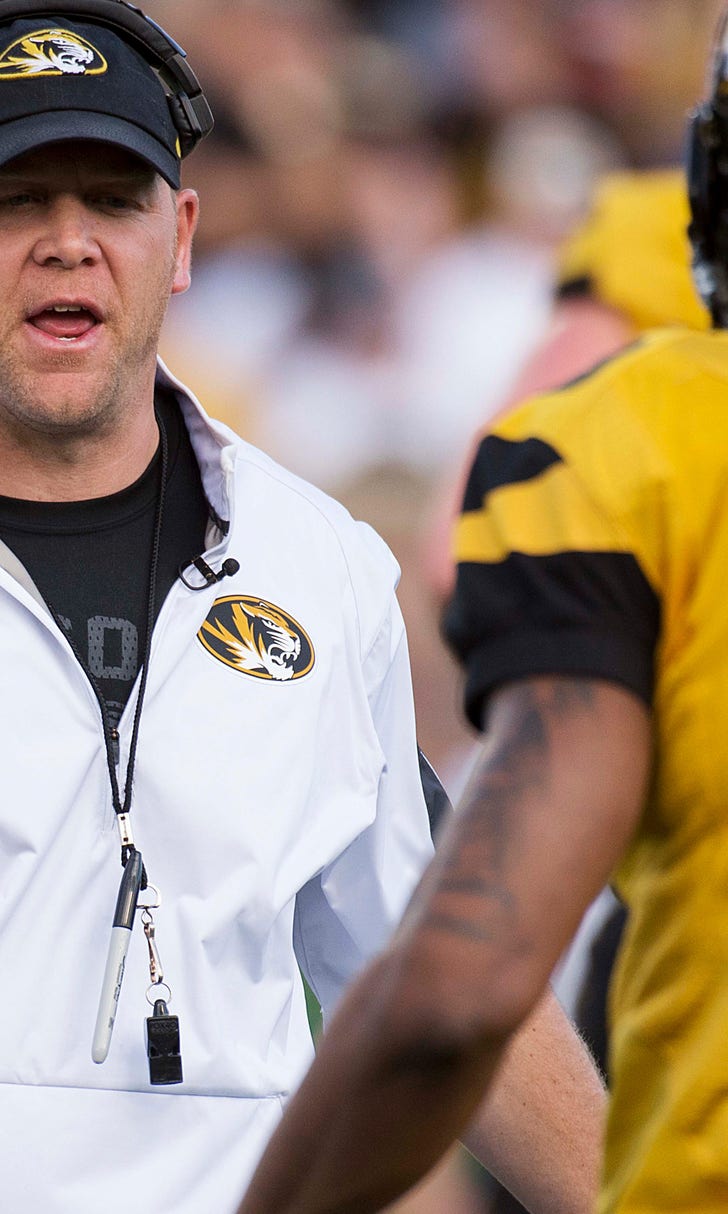 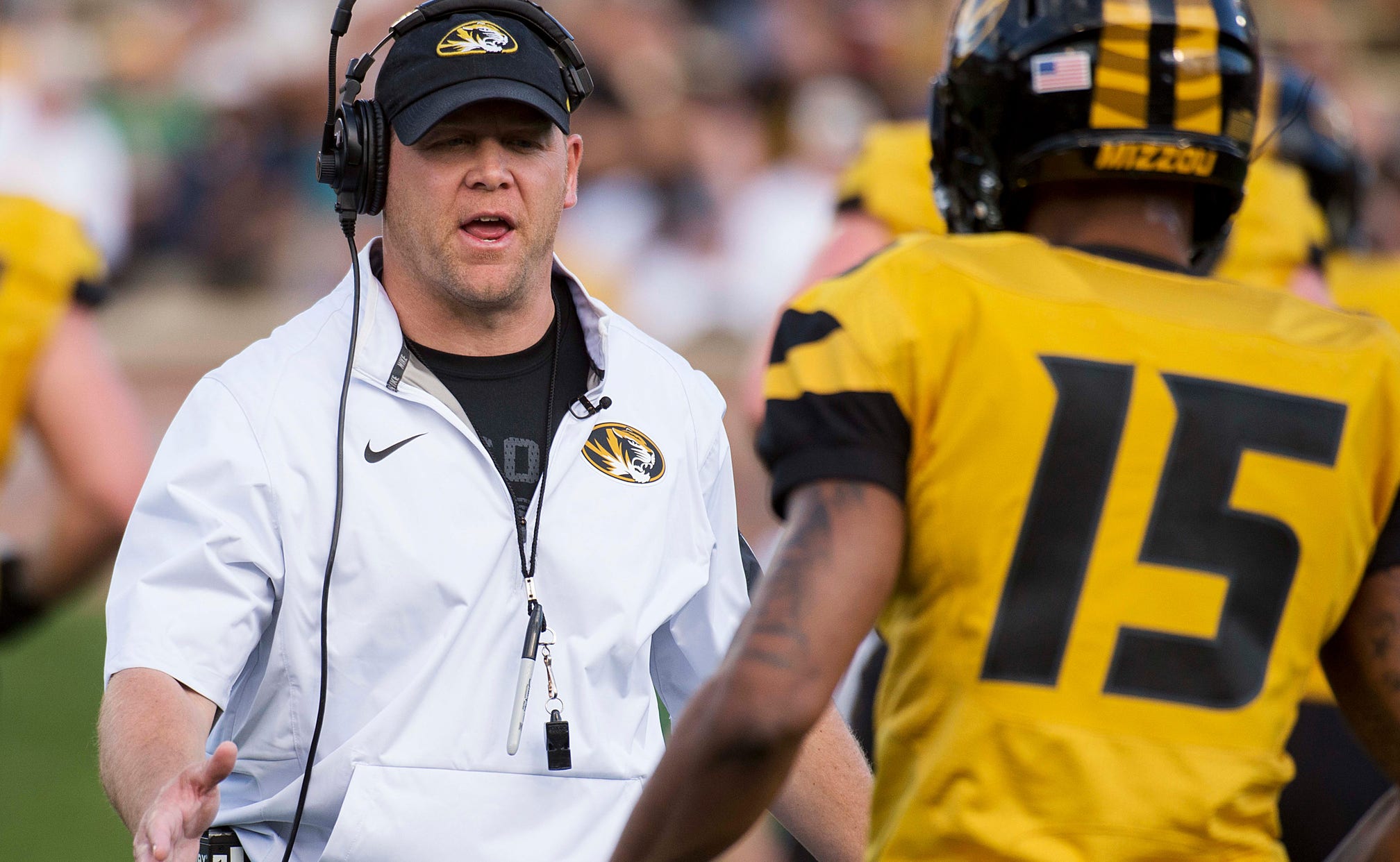 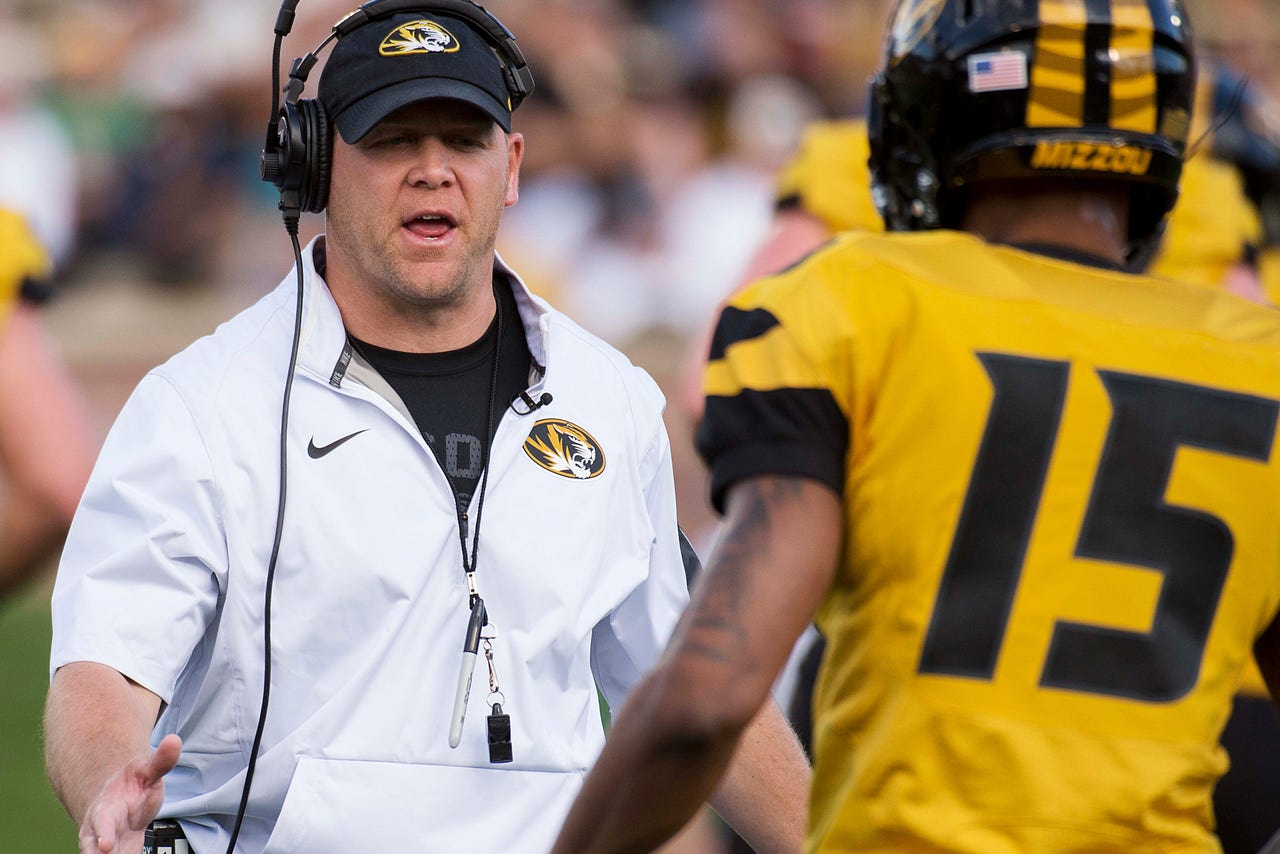 So when Odom takes the field for the first time Saturday as the Tigers' head coach at West Virginia, Pinkel's influence will still be felt.

"It would be foolish to not stick with a lot of the things that Coach has built a foundation here on," said Odom, who served on Pinkel's staff for 10 years, including the 2015 season as defensive coordinator.

Behind sophomore quarterback Drew Lock, Missouri is trying to rebound from a 5-7 season a year ago. Lock completed just 49 percent of his passes with eight interceptions in eight games.

Missouri started with three straight wins. But starting quarterback Maty Mauk was suspended before the fifth game and eventually was booted from the team.

On-campus protests over the administration's handling of racial and student welfare issues led to Missouri players threatening to boycott a game in November, the same month Pinkel announced he would retire after the season to fight non-Hodgkin lymphoma.

While Odom is making his debut, Dana Holgorsen starts his sixth season at West Virginia hoping it won't be his last.

Holgorsen hasn't publicly discussed his job security. He said what keeps him up at night is preparing for this year's opening opponent based on watching film from last season.

"There's only so much time in the day that you can have to be able to figure out what they do," Holgorsen said.

It marks the first time since 1996 that Missouri starts the season on the road.

Some other things to know in the sixth meeting between Missouri and West Virginia:

TRANSFER ROSS: Alex Ross joins Missouri this season as a graduate transfer from Oklahoma and returns to Morgantown, where he gave the Mountaineers fits in 2014, scoring on a 100-yard kickoff return for the Sooners. Missouri ranked dead last in the Football Bowl Subdivision in kickoff returns a year ago at 15.1 yards per attempt. Ross also shores up a backfield that was last in the SEC at 115 rushing yards per game.

WEST VIRGINIA D: The Mountaineers have nine new starters on defense. But Holgorsen points out the unit has plenty of playing experience. All 11 starters are juniors or seniors.

KICKER SIDELINED: West Virginia placekicker Josh Lambert, a Lou Groza Award finalist in 2014, sat out spring practice and is serving a three-game suspension for an undisclosed violation of Big 12 eligibility rules. He tied for the Big 12 lead a year ago with 17 field goals. Mike Molina, who handled kickoffs in three games last year, will temporarily fill in.

ODOM THE PLAYER: Odom started at inside linebacker for the Tigers when they beat West Virginia in the 1998 Insight.com Bowl. That's the last time the teams met. He graduated in 1999 and is seventh in school history in career tackles with 362.