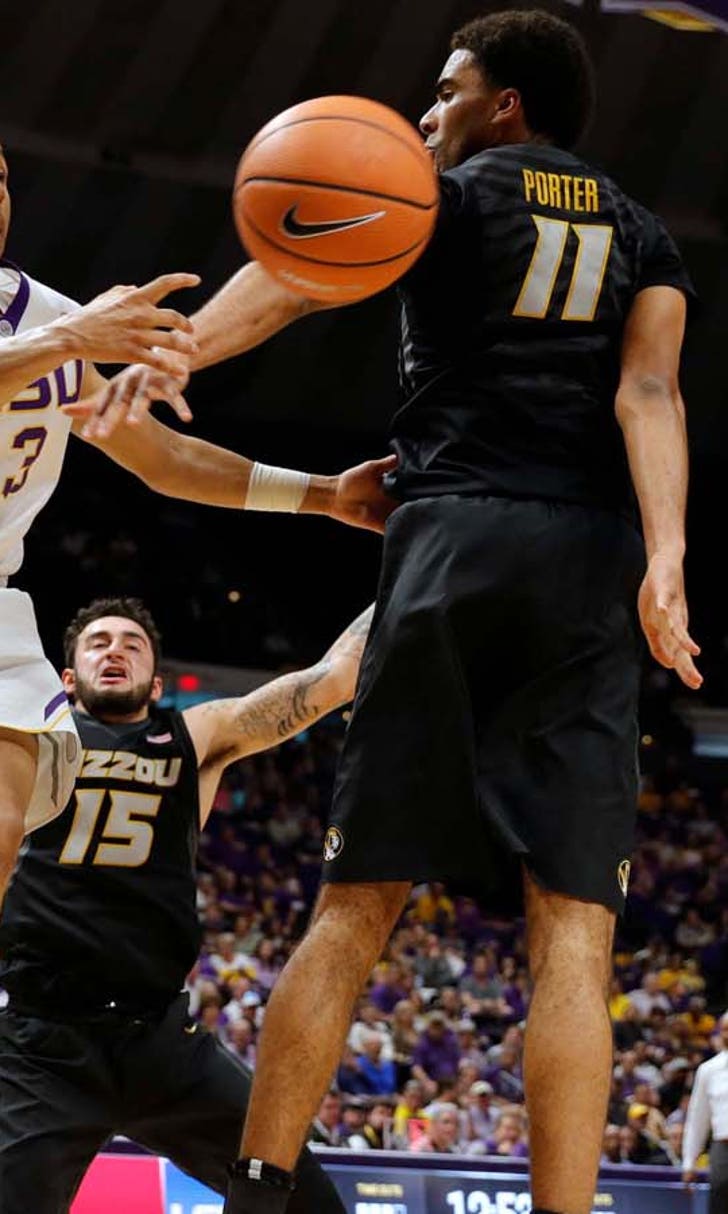 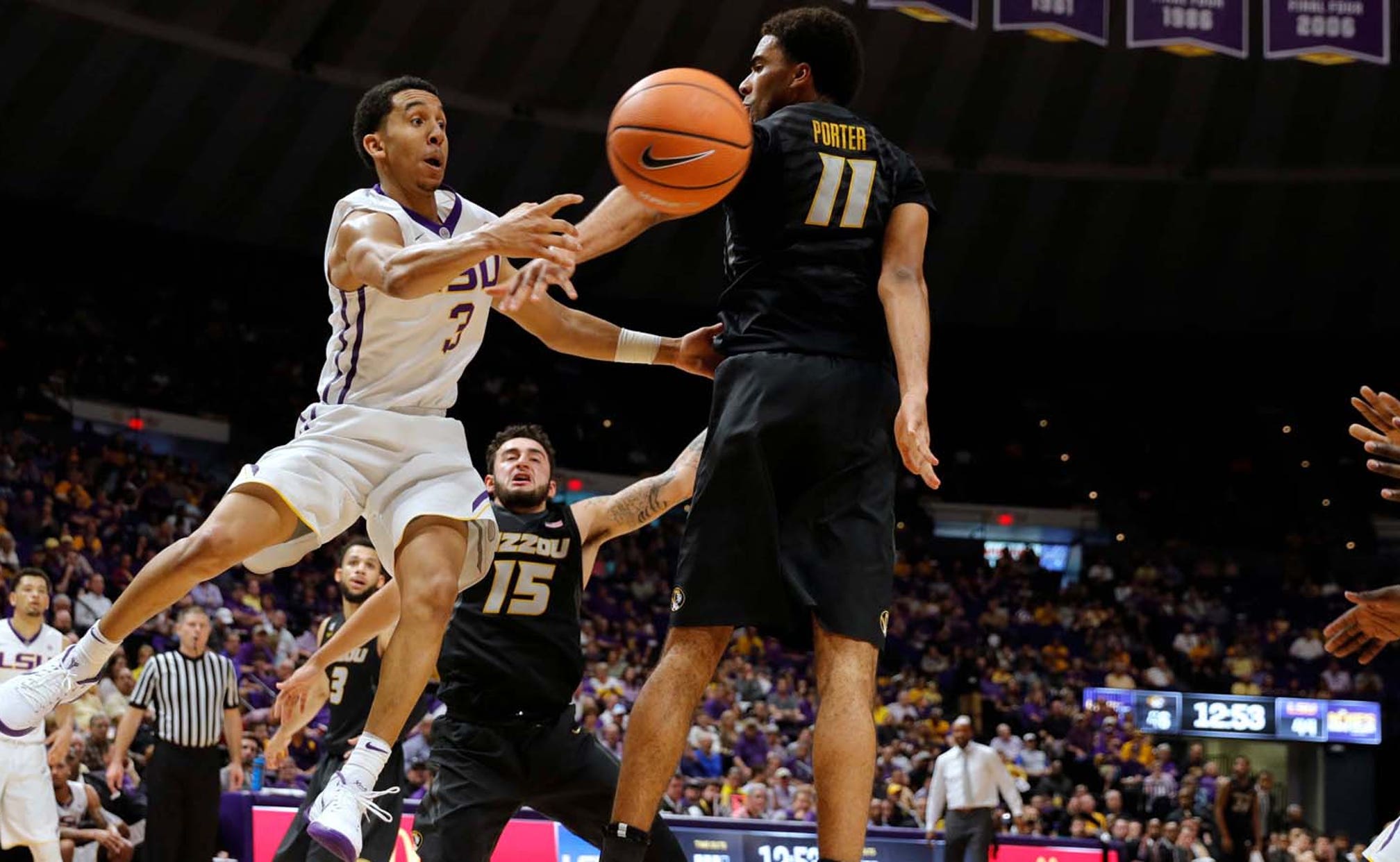 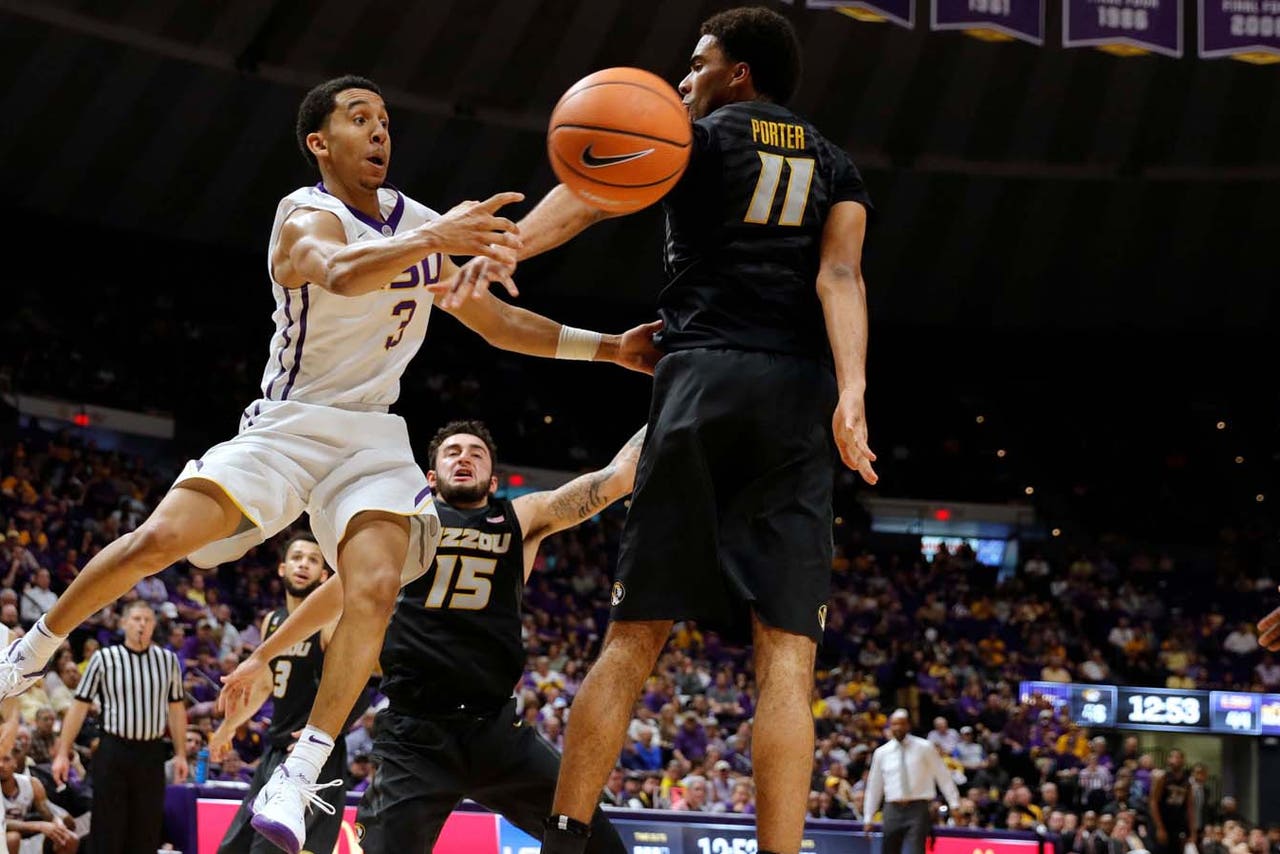 BATON ROUGE, La. -- Tremont Waters made a shot in the lane with 19 seconds remaining in the game to give LSU a 64-63 Southeastern Conference victory against Missouri on Saturday.

Waters pulled LSU (15-11, 6-8) within one point on a short jumper with 1:08 remaining. LSU got a stop when Aaron Epps rebounded a missed jumper by Jontay Porter with 40 seconds to go and Waters then made his game-winning shot.

Missouri (18-9, 8-6) had two opportunities to retake the lead in the final seconds. With five seconds remaining, Daryl Edwards drew a charging foul from Kassius Robertson.

However, LSU's Edwards made a poor inbounds pass and Robertson retrieved the loose ball. Robertson missed a short jumper with one second to play and a tip by Cullen VanLeer at the buzzer hit the underside of the basket.

"Daryl Edwards made a winning play at the end on the charge," LSU coach Will Wade said. "Our execution on the inbound could have been better, not to make the end so dramatic. Missouri is one of, if not the best, team we have beaten. It was a good win for us."

Waters was the leading scorer for LSU with 21 points and scored LSU's final six points. Epps had 12 points and nine rebounds and Skylar Mays added 10 points.

"I tried to learn my lesson with Tremont," Wade said. "At Alabama, I put him on the bench for a little while. We have to trust him a little bit more. I played Epps with fouls a little longer than I typically do. You have to trust those guys and let them play through it more. I tried to do that today."

Jordan Barnett was the top scorer for Missouri with 18 points. Robertson finished with 14 points -- four below his season average.

There were 13 ties and 19 lead changes throughout the game. Neither team had more than a five-point advantage. It was a one-possession game for almost the final 16 minutes.

"It's a tough one," Missouri coach Cuonzo Martin said. "LSU obviously did some good things and protected their home court. We didn't play as a team in the first ten minutes in the first half. We started to settle in a little bit in the second half. We did a solid job defensively except down the stretch."

Missouri missed a great chance to pick up a third straight road victory to bolster its NCAA Tournament body of work.

LSU continued to provide a tough test for SEC road teams as it won its fourth game in a row.

Waters got the best of Robertson, a graduate transfer. Waters scored 21 points, which matched his second highest total against a SEC opponent this season. Waters also made 50 percent of his field goal attempts (8-of-16) for just the second time in a conference game. Waters handed out four assists and made two steals. Robertson, who was guarded primarily by Daryl Edwards, was limited to eight field goal attempts. Robertson's 14 points were his fewest in eight games. He was 4 of 8 from the field, including 3 of 5 on 3-pointers. Robertson missed three of his six foul shots. Like Waters, Robertson had four assists and two steals.

Missouri had one of its best games of the season from 3-point range, shooting 57 percent (12 of 21) from beyond the arc. Jordan Barnett matched his season-high with six 3-pointers in eight attempts. But the Missouri loss can be traced to what happened at the free throw line. Missouri missed 10 of its 17 foul shots. The 41 percent free-throw shooting was Missouri's poorest of the season. Entering the game, Missouri was making 75 percent of its foul shots.

Missouri will return home to play Ole Miss on Tuesday.