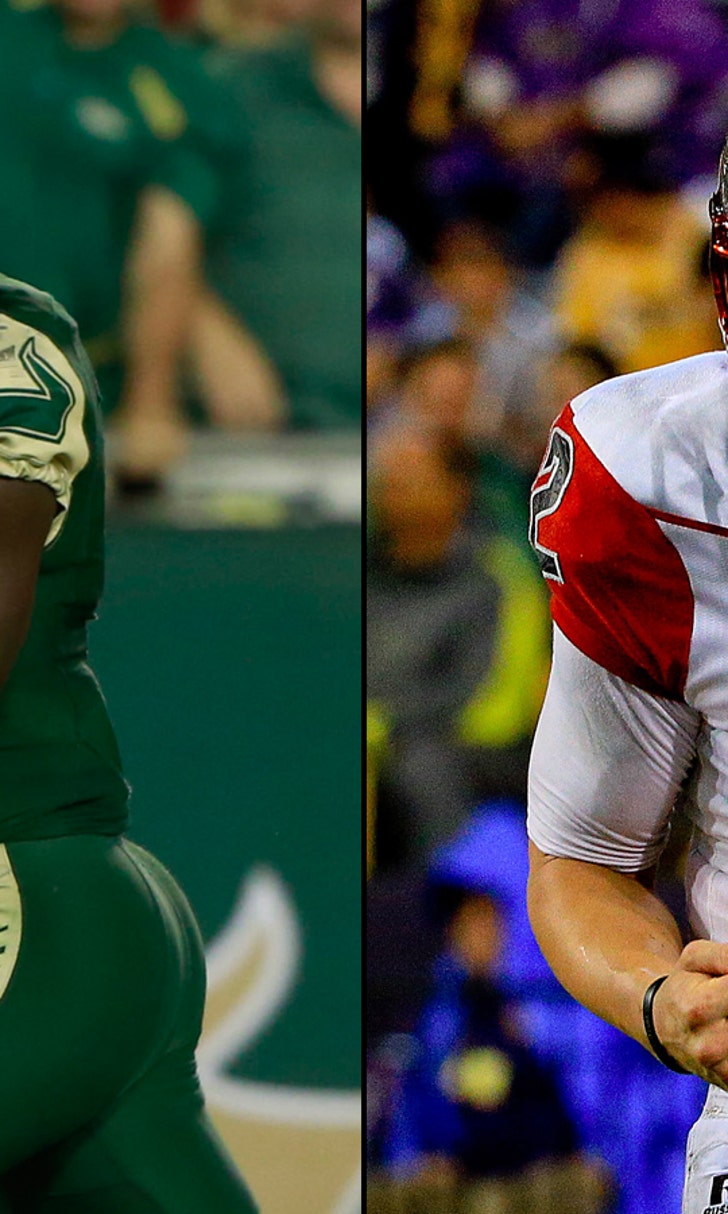 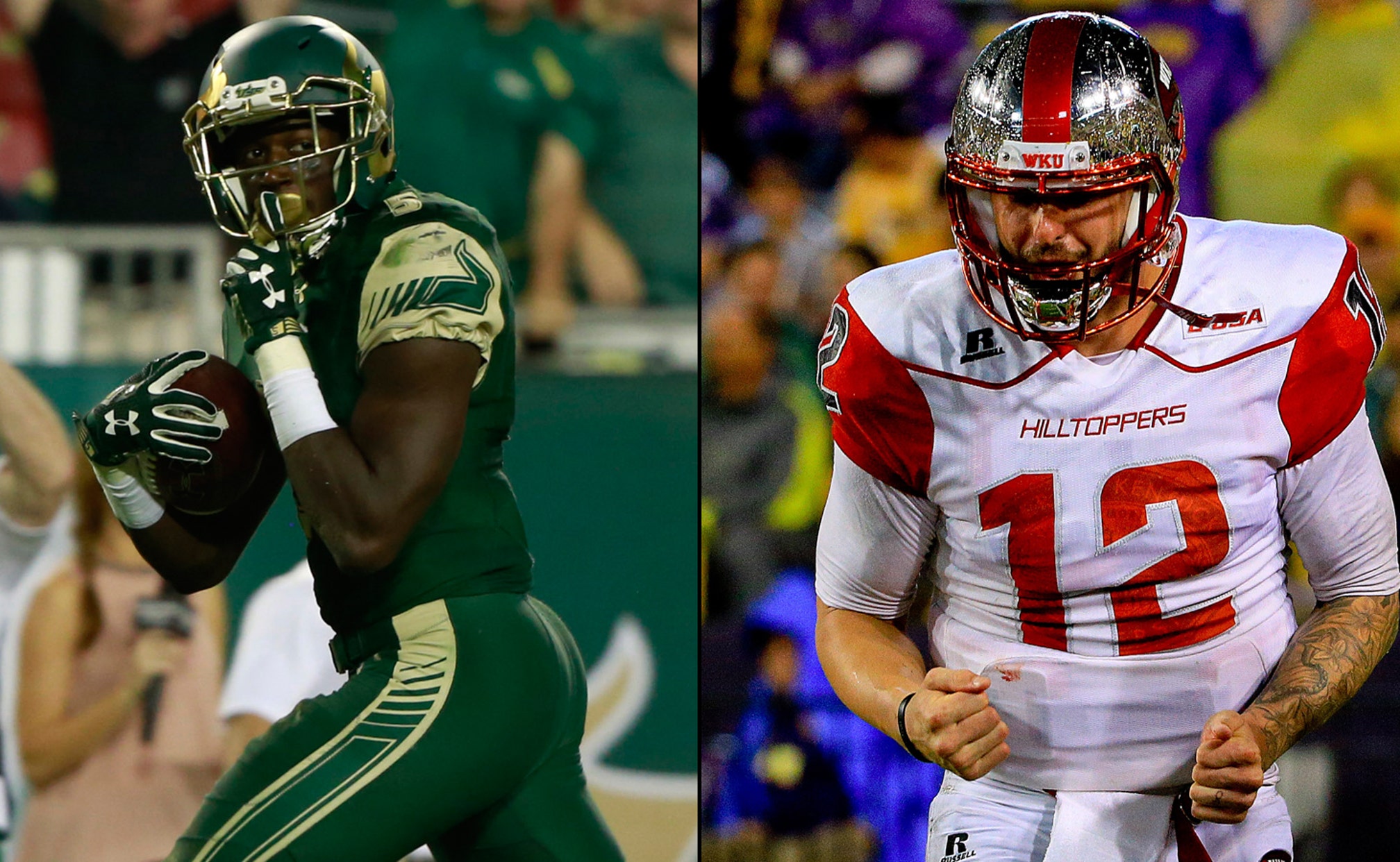 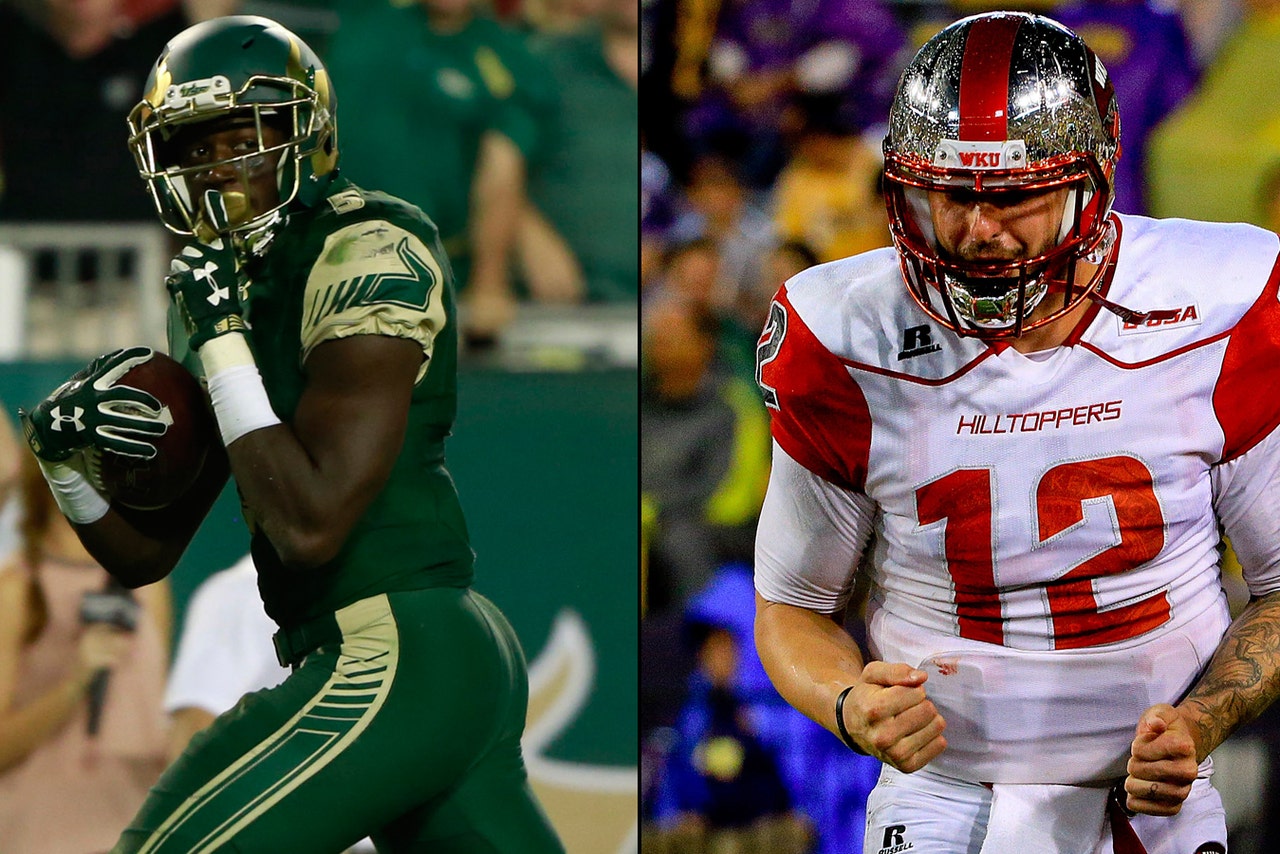 MIAMI (AP) -- The matchup-makers knew what they were doing when they decided that Western Kentucky and South Florida would meet in the Miami Beach Bowl.

On one side is USF coach Willie Taggart, who was a star quarterback at Western Kentucky and then eventually became the Hilltoppers coach -- responsible in large part for landing some of the players currently on that school's roster and now engineering a turnaround in Tampa just as he did at WKU. On the other is WKU quarterback Brandon Doughty, a record-setter who gets to return to the area where he grew up for his final college game.

Compelling story lines are everywhere in this one, and a clash of styles await when Western Kentucky (11-2) and USF (8-4) meet Monday afternoon at Marlins Park.

"It's not about me," said Taggart, who recruited Doughty to WKU and now is tasked with trying to beat one of the nation's most prolific quarterbacks. "It's more about two great universities that have had two outstanding seasons getting the opportunity to come down here to Dade County and play another game here in the mecca of football."

Agree to disagree there, perhaps. This one is about Taggart, who planted the seeds for what Western Kentucky is now and seems to be on a similar path now at USF.

"It's a big test for us," said Doughty, a native of nearby Davie, Florida, who has thrown for 94 touchdowns in the last two seasons. "They're really good on defense, and I'm not just saying that. They are fantastic on defense. We're going to have to do some things that are a little unorthodox. ... It's going to be a challenge for us."

A dynamic passing attack against an airtight pass defense -- strength against strength.

"Our guys are starting to get locked in," Western Kentucky coach Jeff Brohm said. "They understand the importance of this football game. Really when it comes down to a bowl game like this, the teams are going to be equally matched, so it's going to be down to who wants it the most, who's going to come out and compete to the end."

Here's some of what to know going into the Miami Beach Bowl:

From 2005 through 2010, USF was one of the feel-good stories in college football with six consecutive bowl appearances -- a very big deal for such a young program. And then the bottom fell out; between Sept. 29, 2011 and Oct. 2 of this year, the Bulls were astonishingly awful and lost 37 of 48 games in that span. Now they're trending up again, with seven wins in their last eight games coming into Monday.

After two games this season, Doughty had two touchdown passes. He's had at least three in every game since, and if he throws for just one Monday he'll be the first quarterback in FBS history to post consecutive seasons of at least 46 touchdown passes. And he needs nine completions to reach the 1,000 mark for his career.

Just about every college roster has a Miami flavor, and USF and Western Kentucky aren't exceptions. USF has 10 players on its roster from Miami (including standout quarterback Quinton Flowers), though some of those have never before been to Marlins Park. Western Kentucky has four true Miami natives on the roster, and five others from relatively nearby areas.

Western Kentucky is trying for its first 12-win season since 2002, when it went 12-3 and won what was then called the Division I-AA national championship with a 34-14 win over McNeese State. That game was Jack Harbaugh's last as Western Kentucky's coach; he stepped down about a month later.

USF leads the all-time series with Western Kentucky 4-2, winning each of the last four meetings by an average of two touchdowns. The schools last met Sept. 25, 2010.